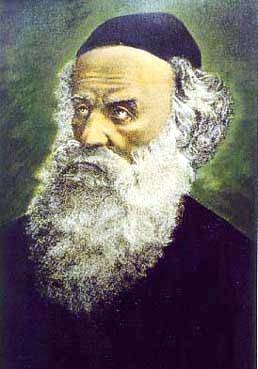 On thisdaf we find that there is a difference between a grama, an action that merely causes something to happen, and doing something directly. Sometimes one is only obligated for directly causing something to occur, not a grama.

One of the complex problems faced by religious dairy farms is how to milk cows on Shabbos. The Chazon Ish ruled that a cow could be milked on Shabbos only if the milk is destroyed or goes into a vessel with a substance that makes it unfit for human consumption.

On a certain shomer mitzvos dairy farm, they had what they thought was a great idea. Why not use a machine that ruins the first milk but retains the rest? After all, isn’t the rest grama?

When this question was presented to Rav Yosef Shalom Elyashiv, he ruled that this is not grama at all. “When you make a machine whose purpose is to first get rid of a little milk and then to retain the rest, this is not grama. It is direct use. Since this is the purpose of the machine, it is the same as any machine that operates when one ‘merely’ pulls the switch. Since that is how the machine works, it doesn’t matter what further mechanisms are involved in doing the action. The result is chillul Shabbos de’Oraisa.”

When this same question was presented to Rav Shlomo Zalman Auerbach, he disagreed. “It is not so simple regarding farms that have a big loss if they cannot keep the milk. If the first milk gets lost or destroyed, there may be room for leniency under certain conditions.”

After a long note in Shemiras Shabbos Kehilchasah explaining the details of this complex p’sak, Rav Yehoshua Yeshaya Neuwirth zt”l concludes, “In our times, the religious dairy farms have a special machine that works in a better way. Those who use these machines certainly avoid the many possible Shabbos violations listed above. Hashem, Who is good, will surely reward them for this” (Halichos Sadeh, #104, p. 46-48; Shemiras Shabbos Kehilchasah, Chapter 27, note #171).

Pesachim 16: The Lifeblood of the World

Shortly after World War II and the great destruction of European Jewry, the Rebbe of Cheshinov was learning thisdaf. When he read a statement relevant to impurity, he became very emotional. “The Gemara states: ‘Veharei dam hatamztis shenishpach kamayim – The blood of a sacrifice which gushes out of the animal after it is slaughtered and which spills out like water, ve’eino muchshar – and it is not yet suitable…’” The  Rebbe began to cry. His face looked so pained that it was difficult to recognize him.

He cried out, “Dam hatamtzis alludes to Jewish blood, which is the tamtzis, the most essential part, of creation, since we are the purpose of creation. That concentrated essence of our lifeblood was spilled like water, yet the time is not yet suitable enough for Moshiach to finally come and redeem us” (Sha’alu Shalom Yerushalayim, p. 97).

Pesachim 17: The Lion and the Dog

We find on this daf that Chagai Hanovi proclaimed that because the Jewish people would act sinfully during the period of the second Bais Hamikdosh,their sacrifices were also not accepted. Chazal tell us that our prayers replace sacrifices today. One who acts against Hashem’s will risks invalidating his sacrifices.

One of the sins that caused the destruction is lashon hara. The Ramak on the Zohar tells us that lashon hara blocks our tefillos from ascending on high. In Maseches Yoma we find that if the Jewish people were worthy, the form of a fiery lion would descend to devour the korbanos. If they were not worthy, the form of a dog would take their offering. The Tikkunei Zohar explains that the same is true regarding our tefillos today. If one is worthy and says his tefillos with focus and has not done sins that specifically block them, the malach Michoel descends in the form of a lion to elevate one’s prayer. If not, a dog comes to take the prayer, symbolizing that it is not yet accepted.

Yet, the Zohar also tells us that one should always daven even if he cannot focus or if he has sins that block prayer from ascending on high. One tefillah with kavanah will elevate all his tefillos that have not yet ascended. As far as sins that block prayer, teshuvah will help, along with asking forgiveness from the one he sinned against if doing so will not embarrass him (Tikkunei Zohar, Tikkun #21; Ohr Yokor, Parshas Metzora).

The Imrei Emes explains one reason for a discrepancy in certain pesukim that we have a hard time understanding.

“We must wonder why we find that the verse states something that can be learned from a kal vachomer but not through another method like a gezeira shava or the like. The answer is that unlike the other ways of learning a halachah,a kal vachomer is understood through the force of reason. The reason the verse writes what could certainly have been learned with a kal vachomer is to teach us not to rely on his understanding.

“Regarding the prohibition for one to marry his sister, the verse states that this is prohibited, even though we would certainly have understood it from a kal vachomer. This teaches that one should not rely on human intellect alone.”

“Therefore, when Hashem wanted one to be punished for a certain action, it is not learned from a kal vachomer, which could be refuted. Instead, it is written explicitly in the Torah” (Imrei Emes, Likkutim, Igra D’Pirka, #138).

The Chasam Sofer explains a somewhat cryptic comment of Rashi in Parshas Naso which pertains to a statement on this daf. “Rashi in Bamidbar 7:20 explains that the words asarah zahav, ten of gold, in the verse ‘kaf achas asarah zahav melei’ah ketores,’alludes to the Aseres Hadibros. The words melei’ah ketores allude to the 613 commandments. Why? Because if one uses the alef bais systemknown as at bash on the letter kuf, the word ketores has a gematria of 613. At bash switches tof with alef, shin with bais, reish with gimmel, kuf with dalet, and so on. So if we take a dalet instead of a kuf, ketores becomes detores and has a numerical value of exactly 613.

“But what does this come to teach us? The answer can be gleaned in light of the words of the Chovos Halevavos in Shaar Cheshbon Hanefesh. There we find that for one who truly serves Hashem, a gathering of many is actually oneness. This is the lesson for us from this Rashi. If one fulfills the Aseres Hadibros which allude to all 613 mitzvos, he will merit kaf echad, to become one cohesive whole. Through fulfilling all the mtizvos one merits shleimus” (Chasam Sofer, Parshas Naso).

Pesachim 20:  Our Most Precious Possession

Sadly, during the Holocaust, many terrible halachic questions that are hard for us to relate to needed answering. One question was what should be done with Sifrei Torah that the community knew the Nazis would desecrate the very next day. Should they passively allow such shaming of the Torah’s honor? Perhaps it would be better for them to burn the seforim to avoid such a chillul Hashem. There were differing opinions regarding this question at the time.

In analyzing the various approaches long after the fact, Rav Yitzchok Zilberstein pointed out that those who permitted this may have brought a proof from Pesachim 20.            “There we find a case of terumah that fell and will make its way into non-terumah produce which is defiled, thereby rendering both invalid if it is not stopped. The halachah is that if there is no way to stop it from falling into the regular produce without defiling the terumah, he can defile the terumah with his hands and stop it. The reason is because it will anyway be defiled and will also render his regular produce inedible, since terumah which was defiled cannot be eaten. Perhaps the same is true in our case. Since he knows that the Sifrei Torah will be destroyed and it will be much worse, maybe it is permitted.”

When Rav Zilberstein asked his father-in-law, Rav Yosef Shalom Elyashiv, this question, he absolutely opposed the burning of Sifrei Torah for any reason. “How can one cause every eye to stream with tears by burning Sifrei Torah, our most precious possession of all? They may not do anything. As far as the Nazis’ heinous crimes, Hashem, Who is the Master of vengeance, will come and avenge Himself upon the cruel descendants of Amaleik” (Chashukei Chemed, Pesachim p. 164-165).

The Baal HaTanya, had a different path, however. “This is not the proper way to work on oneself, spending so much time focused on avoiding evil. It is better to focus on the good, since ‘a little bit of light dispels much darkness.’”

Rav Pinchos of Ostelia pointed out that both ways are valid. “It seems that one should focus only on the light his mitzvah generates if the time to do the mitzvah is almost past. No matter what his spiritual standing, he should fulfill the mitzvah immediately. This is the deeper meaning of Rav Yehudah’s opinion in Pesachim 18. Rav Yehudah says that one should burn chometz. Chometz alludes to the yeitzer hara, as the Ridvaz brings from the Zohar. One who is confronted with a mitzvah zemanis should do it immediately, relying on the enthusiasm he has for the mitzvah to generate the light which expels the yeitzer hara. But the chachomim say that he should break the chometz down and throw it to the wind or the sea. This alludes to working on one’s middos before doing the mitzvah. Mefarer, breaking it down, means to make a confession. Throwing it to the wind alludes to dibbur, speech – words of regret and petitioning Hashem to help us do true teshuvah. Throwing it in the sea alludes to yirah, since the sea is a reflection of the Kisei Hakavod,as we find in Menachos. This alludes to a person rebuilding his yirah to ensure that he refrains from sin in the future” (She’airis L’Pinchos, p. 59).