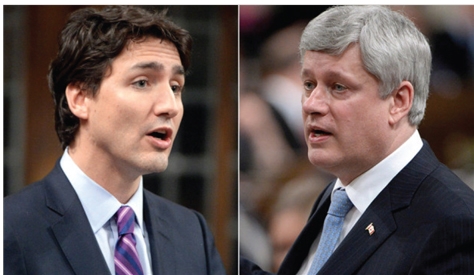 Stephen Harper was a voice of moral clarity in a corrupt world. So many world leaders who rule over democracies have been lacking in this area. Their moral clarity has been murky at best, whether it is their “even-handed” approach to Palestinian terrorism that equates victim and aggressor or their approach to dealing with dictatorial regimes in Iran, Syria and China. Often, western democracies such as the United States and much of Western Europe have looked away and at times even condoned morally reprehensible policies.

A World Leader with a Moral Compass

He was a world leader with guts, with a moral compass that was virtually always reliable. He did not flinch from criticism and soldiered on, at times being the lone world leader who would not go with the flow. He saw Radical Islam for what it is and said so, clearly, forcefully and unequivocally. He voted in the UN with his conscience, not in accordance with “realpolitik.” Indeed, during the past few years, Canada’s position was often far more unequivocal and morally clear than even its vaunted southern neighbor.

The world has lost a beacon of moral clarity. Moreover, the Jewish community, and especially the religious Jewish community of Canada, has lost a dear, cherished and deeply loyal friend. Harper was something that the Jewish community had never seen in Canadian history: a non-Jewish prime minister who deeply identified with the values of the community, admired them, and understood better than anyone the challenges facing the State of Israel in a hostile neighborhood where Radical Islamic ethos and terror reigned and a media-savvy Palestinian cause sought to portray itself as the victim of discrimination.

Harper didn’t buy any of that. He saw right through it. If other western leaders would have the same moral clarity as he, the world would be a much better place.

Not only did Canada lose a true oheiv Yisroel as its leader, but, in exchange, it got a young leader who personifies today’s hedonistic and morally bankrupt society. His liberal views on moral issues are a far cry from Harper’s principled ones. In addition, the first thing he said he would do upon taking office was cease Canada’s combat role in the Middle East. Justin Trudeau clearly wants Canada to withdraw from the world scene and turn inward, just as Obama pledged to his voters in advance of his election to the American presidency. In fact, although he expressed support for Israel during the election campaign, Trudeau also criticized Harper for showing outright favoritism to Israel, thereby provoking the international community. Trudeau’s economic policies, his views on bringing more Syrian refugees to Canada, and his views on climate change are all in line with left-wing liberal thinking.

Thus, in addition to losing Harper, Canada now has a leader who will be more “evenhanded” when it comes to Israel and moral issues. He might very well bring down the moral fabric of Canadian society, which, without a doubt, will have a negative impact on frum society.

When I think of the Trudeau win in Canada, I recall a fascinating conversation that I was privy to many years ago while visiting the sukkah of the late Philadelphia rosh yeshiva, Rav Elya Svei zt”l. It was the fall of 1992, just weeks before the election that pitted a relatively unknown upstart governor from Arkansas named Bill Clinton against incumbent President George H. W. Bush. There were a number of people in the sukkah and I remember one of them asking, “Who does the rosh yeshiva think we should vote for?”

Rav Elya did not immediately answer. He was quiet, his finger on his upper lip. You could see that he was deep in thought. Finally, after a few minutes, he answered. “Bush’s policies are not good for Yidden in Eretz Yisroel, but Clinton? He is totally missing the tzelem Elokim.”

The rosh yeshiva was teaching us a profound lesson. A leader whose personal conduct is morally reprehensible is considered to be missing the tzelem Elokim. That is even worse than having policies that could adversely affect the Yidden in Eretz Yisroel.

When Clinton became president, I remember a wise Jew telling me, “America finally got a president who reflects the morals of the average Joe in America.”

I am afraid that Canada has now similarly elected a person who reflects the values and morality of the average Canadian.

I am not comparing Justin Trudeau to Bill Clinton. Trudeau seems like a decent family man. Certainly, we should give him a chance to prove himself. Nevertheless, his stated preference in social policy and moral policy is far more in line with the Clinton view on these issues, and that should give us all pause.

Leadership: Principled Rather Than Popular

Several months ago, Prime Minister Harper was honored at a gala dinner sponsored by the Jewish Community Council of Montreal. The president of the World Jewish Congress, Ronald Lauder, gave an address at that event and said, “In terms of being a great politician, [Harper] is unique in that he makes decisions based not on political gain, but on what’s right. In the United States, Abraham Lincoln was one such leader… I think Ronald Reagan and Teddy Roosevelt were that way as well. This takes a great deal of courage, because it can cost someone his or her job. I think Stephen Harper is one of those rare individuals. Too many politicians today use focus groups to find out what people are thinking and tailor their decisions to those views… I really wish there were more Stephen Harpers around today.”

Perhaps Harper’s own words that he uttered numerous times in his almost decade as prime minister best encapsulate both his philosophy in governing and the reason that he ultimately lost to a person who appears to be a candidate of much lesser stature. He said, “Leadership means to be principled, rather than popular.”

A Photographic Testimonial to a Mentch and a Caring Oheiv Yisroel

At that same dinner, where the frum community came out en masse to show their appreciation and adulation for Harper, my good friend, Rabbi Yisroel Besser, who attended the event, reported in Mishpacha magazine on a fascinating emotional postscript. The postscript showed the true character of the mentch that is Stephen Harper. The story has special poignancy to me, because the protagonist, Mrs. Esther Hochstadter, was my neighbor growing up and often babysat me when I was a young child. Her parents were our wonderful neighbors growing up.

As the dinner ended, Rabbi Besser remarked on Prime Minister Harper’s exit from the hall, “The path back to his seat is blocked, mobs of selfie-seekers with hands outstretched four or five deep; Mrs. Esther Hochstadter hangs back, neither pushing nor shouting. With quiet dignity, she tells one of the security agents that she has a message for the Prime Minister. Mr. Harper seems to hear. He looks at her.

“‘My father lost his entire family in the Second World War,’ she tells him. ‘He was left with nothing. Maybe,’ she continues, ‘if there would have been more leaders like yourself, we would have a family. So thank you for your leadership.’

“‘Is your father still alive?’

“‘Well,’ the Prime Minister leans forward, ‘could I ask you to send him my regards?’

“Mrs. Hochstadter assures him that she will pass on the message, but the prime minister has another question.

“‘Do you think that I can take a photo with you?’ he asks.

“Noting her attire and poise, he immediately understands that she won’t shake his hand. He stands at a respectful distance and faces the camera.

Indeed, we all wish there were more Stephen Harpers around today…