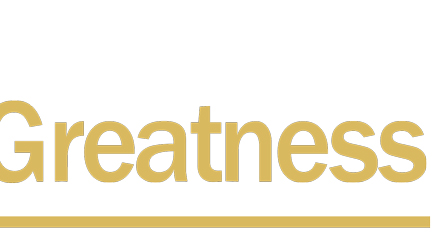 They’re at it again. Always eager to explain away evil, to blame someone else, to fault everyone but the individual, the liberal media, this time personified by last week’s New York Times Book Review (May 29, 2016), reviewed a book about the Nazi War Criminals that seems to absolve the greatest evil of all. Writing about Joel E. Dimsdale’s book, Anatomy of Malice: The Enigma of the Nazi War Criminals, Belinda Cooper throws down the gauntlet in her opening sentence: “Are evildoers monstrous psychopaths or is the capacity for wickedness inherent in every human being?” Dimsdale’s work centers on the machlokes (disagreement) between two mental health experts, psychiatrist Douglas Kelley and Psychologist Gustave Gilbert. They were actually given “full access to the defendants and spent hours listening to and testing them,” yet came down on opposite sides of the chakirah (inquiry) raised above.

The psychologist claimed that all the Nazis constituted “a unique category of psychopathology,” while the psychiatrist “argued that they were essentially ordinary men whose counterparts can be found anywhere.” As Miss Cooper, a senior fellow at the World Policy Institute, correctly notes, one of the “usual suspects” behind the belief that evil is quite ordinary is Hannah Arendt, especially in her seminal work, The Banality of Evil, a result of her reporting on the Eichmann trial. One of the four Nazis Dimsdale focuses on is Dr. Robert Ley, whose brain was removed for study after his suicide. Studies seemed to indicate that he was an alcoholic whose brain had been injured in an accident. The implication, of course, is that major diabolical evil is often caused by medical or other extraneous factors. Despite Dr. Gilbert’s marshalling of these proofs that malice is part of “a continuum,” the reviewer is not convinced. His “p’sak” on this ongoing machlokes is that eilu v’eilu: “Kelley found some darkness in every person. Gilbert found a unique darkness in some. They were both right.”

What does the Torah say? First of all, one of the most important principles in the Torah is that we have bechirah (free will). The Rambam (Hilchos Teshuvah 5:1) codifies this doctrine by quoting a posuk at the very beginning of creation: “Behold man has become like the Unique One among us, knowing good and bad” (Bereishis 2:22). The Rambam elaborates elsewhere (Shemoneh Perokim, chapter 8) that just as one cannot wake up one day having become a plumber or a doctor, he cannot wake up one day as an evil person. However, one can certainly have a proclivity toward a positive or negative trait. It is up to each person to pursue his tendencies to perform virtue, not evil. As Rav Elchonon Wasserman (Kovetz Maamorim 1) explains, Hashem endows every person in the world, Jew or gentile, with an innate ability to recognize the difference between good and evil. There is never an excuse that one was programmed for one or the other. The Abarbanel (Bereishis 1:26) quotes the Kadmonim (Ancients) that angels always face the heavens and the animals always face the ground, for neither has free will. Man, however, has the ability to become heavenly or hopelessly earth-bound.

The Maharal (Chiddushei Aggados, Shabbos 104a) even adds an incredibly optimistic note to man’s struggles with choices. If man is trying his very best – literally as much as humanly possible – heaven helps him to achieve his wish. But if someone is attempting to sin, he is not helped and he is not thwarted. Sometimes, the door is merely opened to allow him to transgress, for he has knocked and heaven opens. In other words, if anything, despite free will, there is a heavenly tilt toward innocence, for ultimately that is what our Creator wants. What is certainly manifest is that no one is pushed toward evil. If all this is so clear, why have wicked people always found excuses for their iniquity and why have intelligent people, such as many of today’s liberal academicians, fallen for this vacuous defense?

In truth, this is an ancient rationalization, formulated before either psychologists or psychiatrists roamed the earth. Dovid Hamelech (Tehillim 58:4) teaches that “the wicked are estranged from the womb, the speakers of falsehood went astray from birth.” Does this mean that some resho’im indeed have an excuse for their villainy? The Yalkut Eliezer (quoted in Knesses Yechezkel, Otzar Tehillos Yisrael, page 301) interprets this posuk as articulating the philosophy of the chronic sinner. He claims that he has been pre-programmed for sin, as some of today’s neuropsychologists and psychopathologists assert. But actually, this is just the lame pretext of the guilty soul who knows very well that he is culpable. The Malbim here sharply concludes that “the iniquity of the wicked does not come naturally to them, for man was not created to be evil.” He goes on to recognize many of the environmental factors that contribute to a person’s going astray, but reminds us that, ultimately, each person is responsible for the path he chooses in life. The great baal teshuvah, Dr. Nathan Birnbaum, in his incisive autobiography, writes extensively of his struggles to return to his faith, never claiming that others were responsible for his fate and always recognizing that it was in his hands alone.

We must at this point note that the Torah itself seems to recognize a kind of predestination stemming from the womb itself. Rivkah Imeinu carries two children in her womb, one already running prenatally to worship idols, the other equally anxious to enter a bais medrash. Is this not heavenly intervention of the most overt kind? However, Chazal (Kiddushin 30b) taught us long ago that every one of us is born with an evil inclination that is trying to destroy us. Eisav had his yeitzer hara and undoubtedly Yaakov Avinu had one also. In fact, as Rashi mentions, there was a possibility that had Eisav married Dinah, he would have activated the tremendous potential he inherited from his holy parents and become an incredible tzaddik. According to Rav Aharon Kotler zt”l, that was what Yitzchok Avinu saw in Eisav and why he favored him originally and wished to bless him. Rivkah Imeinu saw that, despite his latent spirituality, his actual trajectory was evil. In the womb, each of the twins was merely exhibiting the personal tendency they would later choose. Upon entering the world, they still each had the possibility of being good or evil.

Some meforshim (see Aish HaTorah, Bereishis, page 415) note the stark contrast between Eisav’s “redness” and that of Dovid Hamelech. The Medrash (Yalkut Shimoni to Shmuel I, 16) records that when Shmuel first saw Dovid Hamelech, he was extremely concerned that he would turn out to be a murderer. Hashem, however, reassured him not to worry. “Do not compare him to Eisav, for Eisav kills on his own, but Dovid does nothing without consulting with the Sanhedrin.” Rav Yechezkel Sarna zt”l cites the posuk in Koheles (2:10): “Whatever my eyes desired, I did not deny them.” Shlomo Hamelech uses the word sho’alu for “desired,” but it really means “asked.” Koheles actually did nothing simply out of desire. Rav Sarna explains that when he did desire something, he first tested the “request” with the crucible of his intellect. “Is this something I should be doing? Is this something I am allowed to have?” This is the approach of someone who accepts the reality that life is full of tests, desires and urges. Having them is natural and part of being human. The distinction between those who turn out righteous and those who descend into evil comes from how these nisyonos are dealt with, not whether they exist at all. (See, also, the Medrash about Moshe Rabbeinu’s potential for evil cited in Tiferes Yisroel, end of Kiddushin.)

We may conclude by thanking the New York Times for affording us this opportunity, so close to Mattan Torah, to be grateful for the gift that helps us choose properly. It is because of the Torah that we recognize that “the Torah was not given to angels (Brachos 25b), but to human beings of flesh and blood. My rebbi, Rav Yitzchok Hutner zt”l, pointed out decades ago that the biographies of gedolim should record their spiritual struggles, not depict them as having been born pristine and holy. Our glory is that we are well aware of our frailties and potential for evil, yet choose the correct path, although the other is easier and more enticing. Dr. Kelley may have been right that there is “some darkness in every person.” But for us, it is that very darkness that can be turned into luminescence when it is exposed to the brilliant shine of the ohr haTorah.