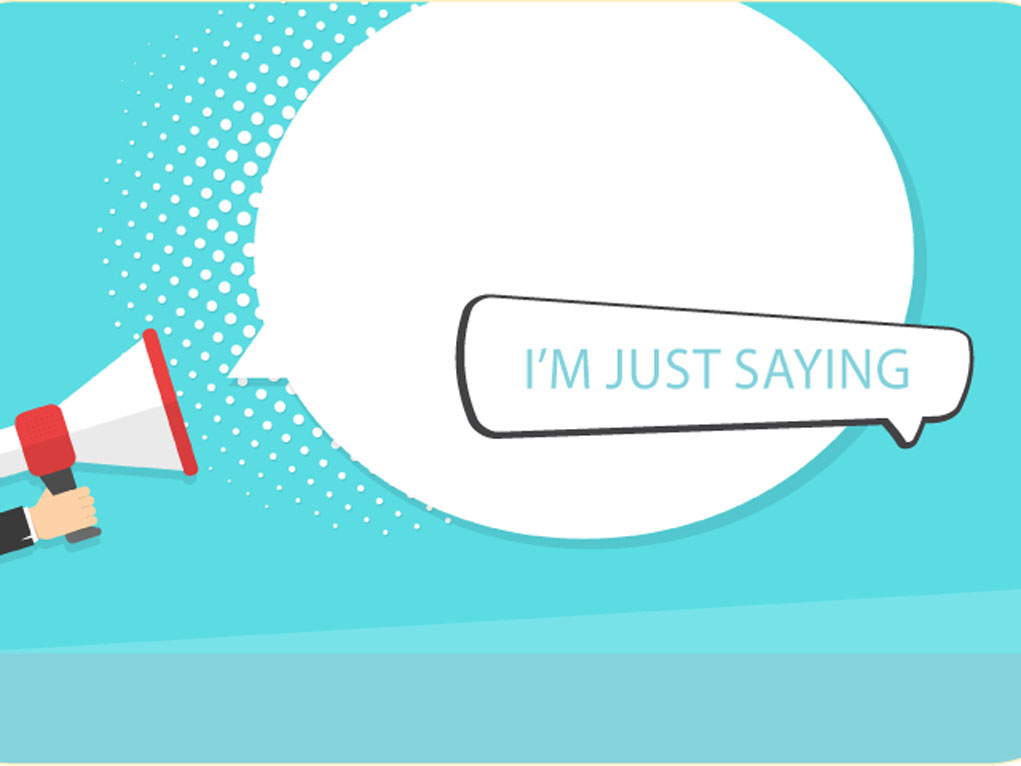 I was recently stuck in an airport in Toronto for more 14 hours. I won’t detail the nuances of the extended ordeal, which embodied the Murphy’s Law of air travel, but during the hours of frustration, there was always one or two signs of solace popping up.

Each time I would see a yarmulka or maybe a Magen Dovid necklace, or someone whom I just felt was Jewish, I would break my exasperation by giving a shalom aleichem and exchanging pleasantries, usually commiserating about shared plights and missed flights.

I thought about this coming week’s parsha, in which the Torah tells us about the kohen’s preparatory remarks and questions to potential soldiers in the Army of Hashem. To prepare Klal Yisroel for war, a series of queries were presented to them. Soldiers who were newlywed or had recently built new homes or planted new vineyards were told by the officer in charge to leave the army and return home. Furthermore, soldiers who were faint of heart — morally or spiritually — were asked to return home so as not to weaken the hearts of others in battle.

But war must begin with encouragement. So before the officers ask the questions that may relieve some soldiers from active duty, the kohen gives a morale-boosting speech. The kohen opens with Yiddishkeit’s most famous words, “Shema Yisroel — Hear, Oh Israel! You are about to approach battle against your enemies. Let your heart not wither, and do not fear, tremble, or be broken before them. For Hashem, your G-d, will go with you, fight for you, and save you” (Devorim 20:3-4).

Rashi comments on the hauntingly familiar expression of “Shema Yisroel — Hear, Oh Israel!” Those words are the opening words of the national anthem of Jewish faith, whose doctrine of belief is contained in the declarative that follows: “Hashem our G-d, Hashem is One” (Devorim 6:4).

Rashi quotes the Gemara in Sotah connecting the pre-battle pep-talk in Parshas Shoftim with the famous words read weeks earlier in Parshas Vo’eschanan. He explains that the expression, “Hear, Oh Israel” used in the kohen’s prologue is actually used as a hint to Hashem. The kohen is essentially reminding Hashem of the unofficial anthem that Jews recite twice daily, worldwide. He is basically declaring that, “Even though you have no other merit than Krias Shema morning and night, you would deserve that He should help you (from the ravages of war).”

I began to think about the embodiment of yichud Hashem, the Oneness of Hashem, being referred to by the opening words in the soliloquy, “Shema Yisroel.” Chazal chose those words, which sound like a call to order, as representative of the most important foundational declaration in our faith. Instead of calling it the Hashem Echod, it is forever known as “Shema Yisroel.”

I recently heard a story about Rabbi Mordechai Becher, who in addition to his career as a professor of Jewish history and a rebbi for Aish HaTorah, also serves as a rebbi to thousands via the “Ask the Rabbi” site hosted by Aish HaTorah.

As the story was told to me, Rabbi Becher was lecturing in South Africa, hosted by Rabbi Gavriel Eliyohu Klatzko, who served as a rov and a well-known and beloved kiruv professional.

One day, Reb Gavriel invited Rabbi Becher to take a break and visit the African safari, where lions, giraffes, and elephants roamed freely.

From a distance, Rabbi Klatzko spotted two burly fellows sitting on a rock, perhaps drinking a beer. Rabbi Klatzko turned to Rabbi Becher and said, “Let’s go down and schmooze with them! I bet you that one of them is a Yid!”

Rabbi Becher was a bit intimidated by the two and chose to remain behind while his chaver walked toward the pair.

With a warm and cheery voice, Rabbi Klatzko approached them and said, “Hi, how are you?”

One of them grunted, “What do you want?”

Rabbi Klatzko persevered, saying, “Hello! By the way, are any of you Jewish?”

The same fellow replied, “Nah! I have nothing to do with Jews, and I am not Jewish! So please bug off!”

Rabbi Klatzko did not give up. “No connection? No relatives? Nothing?”

Rabbi Klatzko saw it in his eyes and smiled. “Come on now, nothing? I see something…”

The fellow, for some reason, suddenly gave in. “All right, I actually had a grandmother who claimed she was Jewish.”

Rabbi Klatzko became excited. “Why? Because that means you are as Jewish as I am! So let me talk to you about Judaism!”

Suddenly, the fellow became irate. “What are you talking about? I have nothing to do with Judaism! Don’t bother me! Get out of here!”

Rabbi Klatzko was not moved. As Rabbi Becher listened from the distance, he exclaimed, “Wow! That’s really fascinating. That’s unbelievable! You’re the first person I met like this!”

Now confusion set in the eyes of the burly man. Rabbi Klatzko continued, “You’re the first Jew in the world that I met who wasn’t interested in anything Jewish! Usually, people who have some Jewish blood in them are interested to know something about Judaism. They have the intellectual curiosity to find out more about this fascinating people, for better or for worse. But you say you never asked a single question about Jews and have no interest? Astounding!”

The fellow softened. He moved away from his friend, toward where Rabbi Becher was standing. Although still a bit intimidated, Rabbi Becher could not help but be intrigued by the conversation.

“All right! I’ll tell you,” the man told Rabbi Klatzko. “I did want to know more. I found somebody online who answers questions about Jews and Judaism, and I have been corresponding a bit. We write back and forth.” He listed a few questions he had asked, but then he barked, “But that doesn’t mean I have to keep anything! I’m just telling you that I’m not the ignoramus you make me to be!”

Rabbi Becher’s heart skipped a beat. He emerged from the background, approached the biker, and in a thin voice asked, “Jonathan?”

There was a bear hug and even some tears. I don’t know if the biker is a maggid shiur in Eretz Yisroel yet… but the warm hello began a trail that led to history.

We say in davening, during Tachanun, the tefillah of Shomer Yisroel: “Guardian of Israel, guard the remnant of Klal Yisroel, and let not Yisroel perish, who say, Shema Yisroel, Hear, Oh Israel.”

At first glance, Shema Yisroel means the entire posuk — but wait! The next stanza, Shomer Goy Echod, says, “Guardian of the unique nation, guard the remnant of the unique people, and let not the unique nation perish, who proclaim the Oneness of Your Name, saying: Hashem Elokeinu, Hashem Echod — Hashem is our G-d, Hashem is One.”

Rav Yeruchom Olshin asked a powerful question. If the second stanza finishes the posuk, what is the first stanza saying? What is the value of “Shema Yisroel” without the last half of the posuk?

The rosh yeshiva powerfully answered that it seems from here that even calling out to Yidden — saying, “Shema Yisroel! Hear, my fellow Jews!” — is also tremendously worthy and a great merit for all of us.

Perhaps (as a drush, of course) the merit that Rashi refers to as the Yidden having is merely the calling of “Shema”! Greeting Yidden, talking to them, and engaging with them!

After searching out some Jewish faces while spending hours in a world of airport chaos, I hope that my “Shema Yisroel” was a merit.