Notes of a Birdwatcher 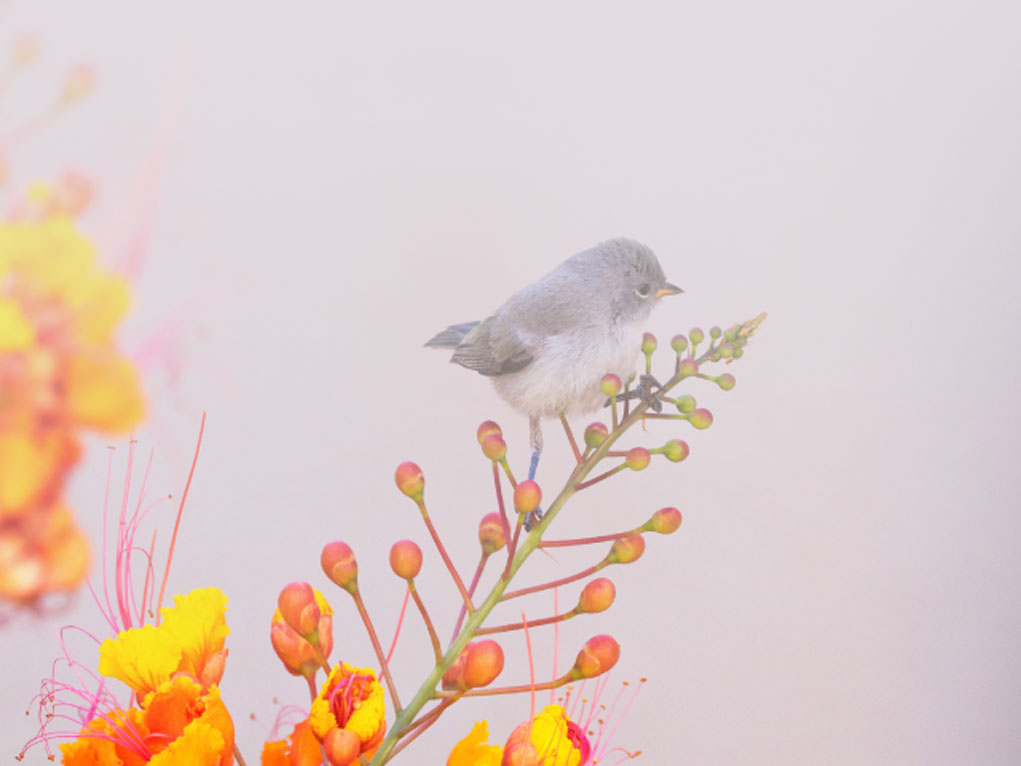 I never would have believed it, but the Covid lockdown has turned me into a birdwatcher.

I know, I know. It’s hard to think of anything more boring than waiting around to catch a glimpse of some exotic bird, right? Almost as boring as sitting around in a boat waiting for a fish to bite… But it was a long lockdown, and there wasn’t much else to be found in terms of outside stimulation. To avoid being cooped up inside my four walls all day, I spent plenty of time during those long months sitting on the patio at the rear of my house. There I got to know the various wildlife creatures that frequent this area: deer, rabbits, chipmunks, foxes and, of course, the ubiquitous squirrels. But the creatures that fascinated me most were the birds.

At last count, I’ve caught sight of nearly a dozen species of birds in my own backyard. Some of them are daily visitors, while others only drop in for the occasional visit. The last group, being less familiar to me, naturally capture my attention most of all. I still find myself hoping to catch a flash of the cardinal’s brilliant orange-red. I thrilled to see the vivid color of the blue jay. In order to be ready for any new or unusual winged creature that might fly into my orbit, I even purchased a pair of binoculars, the better to see them with… although, by the time I managed to pick them up, unscrew the caps and put them to my eyes, the birds were usually long gone. I guess birdwatchers need quick reflexes!

As the days and weeks went by and my observations continued, I began to notice patterns among the different birds. Each group has its own way of doing things. Some move in groups while others are loners. Some strut and others hop; some linger to chat while others are too shy or too fearful to perch for more than a few seconds. The antics of these feathered beings reminded me strongly of kids playing in a park.

Take the humble sparrow, for instance. At a glance, these nondescript birds look pretty much alike as they fly past or perch in a row on my fence. Looking closer, however, you’ll see that their feather markings vary. Some have white throats while others have black. Still, while they have their unique qualities, sparrows seem most at home when moving in a pack. Wherever you see one, you’re bound to see more. And when they come swooping in to sit on the fence, lined up like children waiting for the school bus or their turn on the swings, there will always be one latecomer, a dreamer perhaps, or just a laggard, who has to hurry to catch up with the others. She will take her place at the end of the line just a moment or two before they all decide to fly off again.

But before the sparrows come the robins. Harbingers of spring, these are the first birds you see when the weather turns warm. There is a certain dignity in their walk and in their calm demeanor, especially when compared to the smaller and constantly active sparrows. They are like responsible big brothers, checking out the terrain to make sure all is safe before their younger siblings pour out of the house.

The cardinals are just like any other bird on the inside; it’s their outside that makes you look twice. With the sun shining on their bright-orange feathers, they are a feast for the eyes: a colorful jewel against the plain browns and greens of nature. A visit from one of them makes the whole playground sit up and take notice.

Equally colorful, and just as beautiful in their way, are the blue jays… that is, until they open their mouths. The other birds we’ve mentioned so far speak in pretty warbles and chirps.  The sparrows chatter with sweet animation, like schoolgirls who haven’t seen each other in half a day, exchanging all the news. The coo of the doves in the trees is gentle and low, and the robin’s liquid song is the voice of spring. In contrast, the call of the bluebird is not nearly as refined.

On my walks, I have often heard these birds, perched in different treetops, shrieking to one another in a long, discordant conversation, like women shrilling out their windows in adjoining tenement buildings. It is not unusual to hear several of them talking at once, all of them high-pitched and, if heard too long, definitely headache-inducing. The bluebird, in short, looks a lot prettier than it sounds.

But even they are better than the crows, whose raucous cries are like the hoarse shouts of ragamuffin boys playing ball. Their cousin, the raven, is larger and boasts a longer wingspan. Alone or in pairs, ravens swoop through the sky, gracefully riding the air currents. Like a loner riding his bike or skateboard along the park’s paths, detached from the noisy world around him, focused only on perfecting the grace of his flight.

Also populating the “playground” are a host of other characters, such as the brown-headed blackbird, the red-winged blackbird (I kid you not—I’ve seen them both!) and the little yellow goldfinch. The spotted thrush will drop in occasionally to see where the action is, though never alone. They move in flocks, descending suddenly on an area and then, when they’ve seen enough, flying away again.

Crows do the same thing, only they descend in hordes. Just the other day, I watched as literally scores, if not hundreds, of those black birds covered my lawn. They kept coming, wave after wave of them, like a gang of scary bullies moving in on the neighborhood. Though fairly harmless in a suburban setting (I can’t speak for what they do to cornfields), crows manage to intimidate through their sheer numbers.

One thing that stands out is the truth of the old saying: Birds of a feather do flock together. Different kinds of birds may peck at scattered crumbs or seeds in close proximity to one another, but they never, ever fly with any kind of bird other than their own. Each group has its own mannerisms and customs. They may nod a courteous hello to one another, so to speak, but they never mingle.

Hakadosh Boruch Hu created all His creatures, both lowly and great, to live out their lives in clearly-defined groups with clearly-defined lifestyles, goals and objectives. Something for us to remember in a world of crumbling morals and the ever-increasing lure of assimilation. Though we may share superficial similarities, when it comes to our essence and our mission, we are fundamentally different from those around us. We are separate. We are kedoshim.

One of the things I love about the natural world is how everything can be seen as a reflection of something else. As Sefer Mishlei teaches us, there are so many life lessons to be learned through analogy. Even the simple bird, whose intellectual capacity can fit inside a thimble, has something to tell us about life.

As I’ve come to know first-hand, simply sitting back and watching those ordinary and not-so-ordinary winged creatures can be an eye-opening experience!