Nissan: The Miraculous Month for Curing Our Troubles 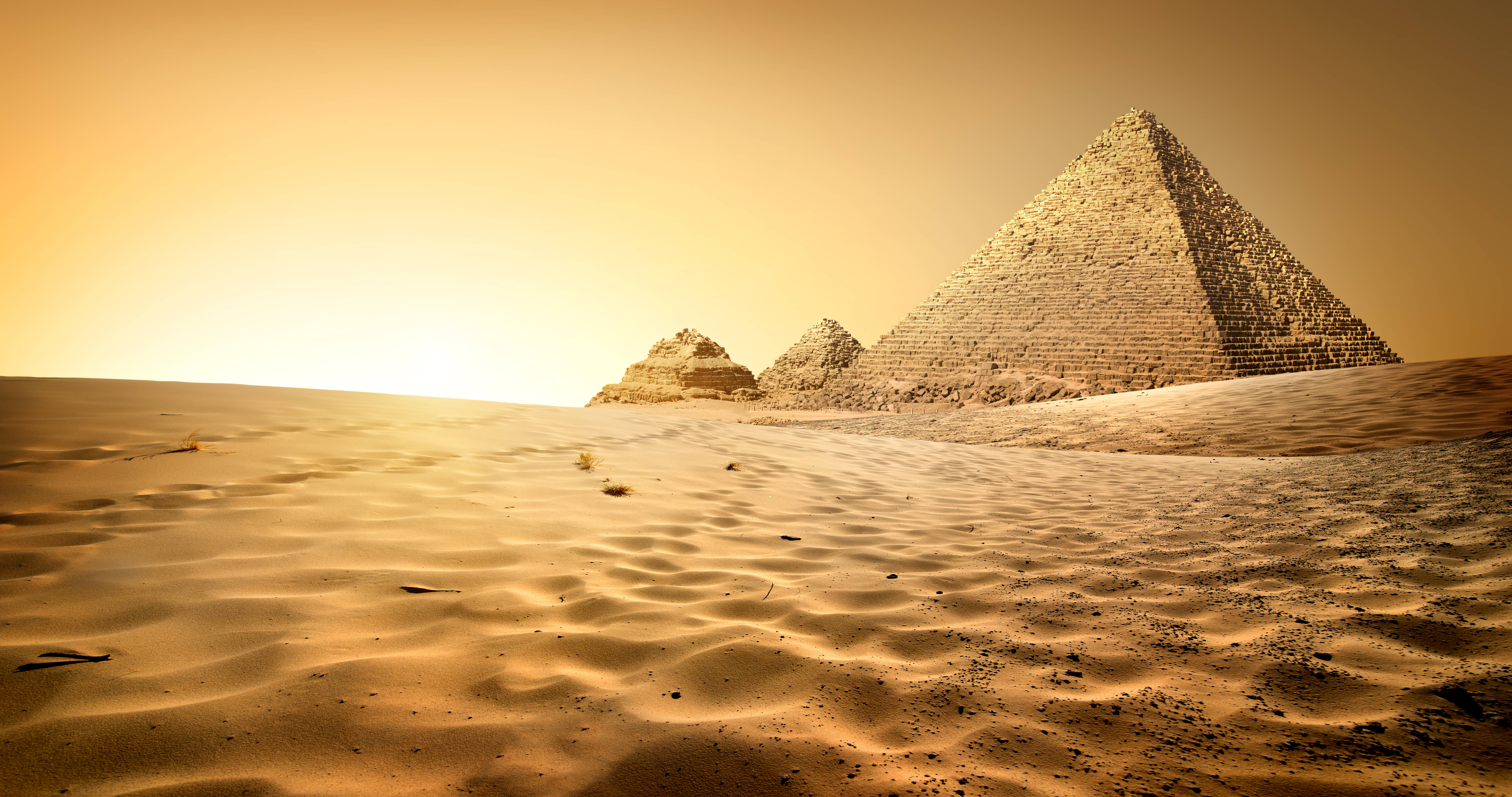 Rav Tzvi Elimelech of Dinev, in his monumental work Bnei Yissoschor, shares with us a major teaching of the Arizal. Each of the Jewish months is defined and energized by a different configuration of the letters of Hashem’s name Yud, Kay, Vov, Kay. Each flows from a distinct posuk, but the only one that conveys the Divine name in order is that of Nissan, from the posuk that we recite every Friday night, “Yismechu hashomayim vesogeil ha’aretz – The heavens will be glad and the earth will rejoice” (Tehillim 96:11). Surely, these are words that Klal Yisroel – indeed the entire world – would love to hear resoundingly at this moment.

The most basic understanding we glean from the Bnei Yissoschor is that Nissan is when everything is straightened out, when the world is perfect and “it is a time propitious for miracles from the beginning of creation” (Maamar 1:7). He reminds us that this is the month that includes the “night for Hashem; a protection for all the Children of Israel for their generations” (Shemos 12:42). The posuk before had spoken of this as “a night of anticipation for Hashem,” but this year we can surely all agree that we anticipate the night of Pesach for its powers of healing and redemption even more than usual. Let us therefore utilize the tremendous force of Torah to delve into the potential of this month to release us – and the world with us – from the dangers and fear the coronavirus has wrought upon mankind.

First of all, we must review a yesod – a primary teaching – of my rebbi, Rav Yitzchok Hutner zt”l (Pachad Yitzchok, Pesach 40; Maamorei Pachad Yitzchok 73:7). He teaches, based upon the Ramban at the end of Parshas Bo, that the purpose of

miracles is not to simply overturn nature or prove G-d’s power. It is to “prepare a place in the heart of Klal Yisroel to establish the kedusha of a particular event. For this reason, the neis is always preceded by the notification of a novi or a malach “to create a new awareness and recognition in the heart and mind of Klal Yisroel.” With this approach, we can understand that if we wish to access for ourselves the healing power of Nissan and Pesach, we must do our best to prepare ourselves spiritually so that we can become the receptacles for the help that we so desperately yearn and need.

Each of our gedolim who speak of this matter utilizes different terminology, but all “are prophesying in the same vein.” The Maharal (Chiddushei Aggados, Rosh Hashanah 10b) uses an extraordinary phrase to describe this month. He writes that “this month is closest to Hashem because of its holiness and greatness (maalaso).” The Shela Hakadosh (Maseches Pesachim) understands Nissan’s greatness to be that “each day is like another Rosh Chodesh.” The Ohr Hachaim Hakadosh (Bamidbar 33:3) speaks of the special mazel that Klal Yisroel gains during Nissan which “comes to fruition on the fifteenth of the month.”

The Malbim (Shemos 12:42) divides the redemptions of Klal Yisroel in two. He points out that Hashem always saves us eventually and will never abandon us. However, some salvations are of the Tishrei category, which he terms “miraculous but closer to the natural,” and those of Nissan, which are “openly miraculous.” He concludes that if we are worthy, we receive a Nissan miracle; if not, it is a Tishrei neis, but either way we should not despair, because Hashem will always help us.

The Netziv of Volozhin (Haamek Dovor, Devorim 16:1) reminds us that the Torah often refers to Nissan as the month of spring (chodesh ha’aviv). He sees this as the power of renewal and rejuvenation, which has the ability to overturn our troubles in every generation.

The Sefas Emes (Parshas Hachodesh 5659) declares that “although during Tishrei there is a natural renewal for the entire world, that of Nissan belongs exclusively to Klal Yisroel.” Now this is a surprising chiddush on the part of the Sefas Emes. We generally think of Nissan as part of the natural order of nature which regenerates in spring, usually coinciding with Pesach. The Sefas Emes seems to turn this on its head; Tishrei is nature and Nissan is miraculous. The Sefas Emes gives a hint to an explanation of this paradox when he writes that “the new relationship that is singular for Klal Yisroel is only revealed when Klal Yisroel actually separate themselves from the nations.”

I believe that the Sefas Emes is revealing to us that during Tishrei, the entire world, both Jews and gentiles, is judged. However, during Nissan, when we were created as a nation (vayehi shom legoy), any similarity with the rest of the world was shattered and, for better or worse, we were now launched on our own. If we recognize and embrace the reality of that uniqueness, we are treated to a supernatural existence. If, G-d forbid not, we are relegated to the mundane mortality of the rest of the universe.

The Sheim MiShmuel (Tetzaveh 5672) expands upon the Tishrei/Nissan relationship. He quotes his father, the Avnei Neizer, who said that “Adar before Nissan is like Elul before Tishrei” in that Adar gives courage and power to the heart of Klal Yisroel to renew itself in the Nissan that follows to elevate our souls and strengthen our hands” to better serve Hashem.

All of these avenues and roads lead us in the same noble direction. In order to receive the enormous beneficence of Nissan and Pesach, we must appreciate the great spiritual feast we are being offered. Let us therefore briefly review. The Bnei Yissoschor taught us that the entire Nissan is efficacious in straightening out the world. The Pachad Yitzchok reminded us not to become obsessed with miracles; our role now is to prepare ourselves for spiritual elevation.

The Maharal reveals to us how close and available Hashem is to us at this time and the Shela demonstrates that we are approaching a month of Roshei Chodesh. The Ohr Hachaim promises that our mazel is about to change and the Malbim admonishes us to be as worthy as we can so that we will experience the open miracles of Nissan. The Netziv exhorts us to mirror the physical regenerations of spring with our own spiritual internal renewals and the Sefas Emes excites us with the prospect that this is, so to speak, our private time as a nation with Hashem. Finally, we heard from the Sheim MiShmuel that the heart and the courage we gained from Adar can make all of this happen if we truly desire to gain what we can from the great gift of Nissan.

Finally, we must remember that, just like Tishrei, but on a different level, Nissan is a time to daven for whatever we need. The Baal Shem Tov (quoted by his grandson in the Degel Machaneh Ephraim, Parshas Bo) writes that since Rosh Chodesh Nissan is the “Rosh Chodesh for kings,” all the powers and forces in the world are granted at this time (see also Imrei Pinchos, Pesach, s.v. vekamah). Furthermore, the Apter Rebbe (Oheiv Yisroel, Parshas Bo) teaches that since it is the Rosh Chodesh for kings, all previous decrees are nullified, a situation we can all applaud and hope for, if we ourselves nullify whatever we need to accomplish internally. As the Kozhnitzer Maggid (Avodas Yisroel, Parshas Hachodesh) stresses, at this time we all became a kingdom of kohanim (Shemos 12:2 and see Moed Koton 16b). Therefore, we, too, can access the power of kings at this amazing time.

May Hashem grant us the wisdom and courage to read the signs Hashem is sending us at this time and utilize all these gifts has prepared for us. May all the cholim have a refuah sheleimah so that we can all return to our shuls, yeshivos and avodas Hashem with renewed vigor, kedusha and yearning for a beautiful Pesach haba’ah aleinu letovah.