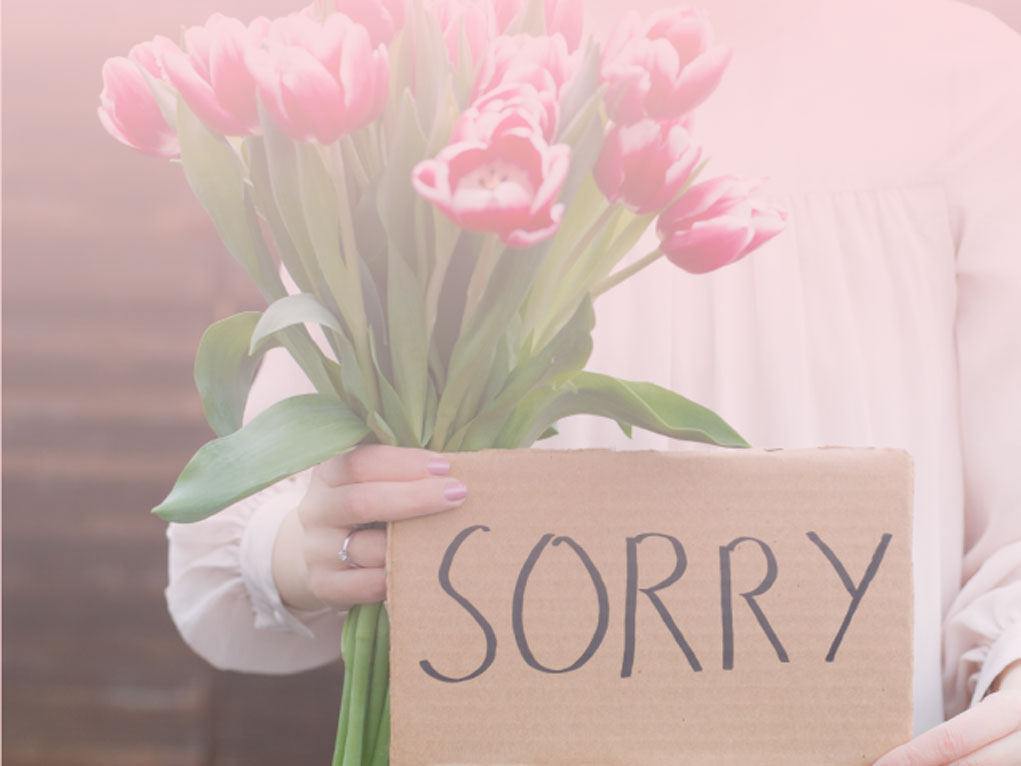 Months ago, a careless gardener, when removing some undergrowth, accidentally sliced through the stems of a large thatch of ivy that had been climbing up the fence at the rear of the property. At first, no change was seen. Gradually, however, with the roots no longer attached to the rest of the plant, the part of the ivy that was above the cut began to die off. Day by day, the life leaked out of the upper regions of the climbing plant. What had once been luxuriant green turned drab and brown.

It felt like an eyesore. Every time I glimpsed that particular corner of the yard, I bemoaned the ugly and unnecessary loss of ivy life. For months, that brown patch stood out among the green like an indictment, a glaring testament to the consequences of heedless gardening.

And then the spring came, followed by summer. And something wonderful happened. Little by little, fresh shoots of ivy began to climb that fence. As the days went by, the shoots grew and spread. Within weeks, a new patch of green had completely covered the unsightly brown. The dead patch was presumably still inside there somewhere, but all you could see now was vivid, bursting life.

Apart from the pleasure this gave me, it also made me think. We are heading into the introspective months, the time of the year tailor-made for changing, improving, and generally getting our act together. There was something about the saga of the ivy that seemed to connect to the way we approach a certain aspect of our lives and our relationships.

Every relationship has its regrets. There are times when we behave in a way which damages our bond with someone close to us. If the damaging behavior is repeated often enough, something begins to die. A vital aspect of the relationship withers and turns brown. A measure of trust is lost.

The damaging party often feels justified in her behavior. When challenged, she will point indignantly to aspects of the other party’s personality or choices which elicited such a negative reaction on her part. This self-righteous rigmarole can go on for quite a while. But suppose a moment of truth arrives at last. A light bulb goes on in our minds. We are finally honest enough with ourselves to own up to the extent that we are to blame in the impaired relationship. What happens next?

If we are good people, we are eager to correct things. We long to get rid of the unsightly blemish caused by our carelessness, our neglect, our misplaced pride or runaway temper. The time has come to openly acknowledge our mistakes and repair the bond. What is the best way to go about this?

The natural impulse is to pour out our hearts in contrition. To describe in glowing detail all the things that we’ve just realized about ourselves and our behavior, and to apologize profusely for them. From there, it’s just a small step to making extravagant promises for self-improvement. We are anxious to assure the other party of our sincerity. In our eagerness to make things right, we can pour hundreds or even thousands of words into the ears of the person we’ve wronged. As if we hope that words alone somehow have the power to assuage the pain we’ve inflicted.

But sometimes the apologies can be too profuse, and the promises and assurances far wordier than they need to be.

A sincere apology is an integral part of the teshuvah process. So is a commitment not to repeat the error. But not every wronged party wants or needs long, self-recriminatory speeches. The way you, the perpetrator, feel is your business. The other party’s business is seeing you change the negative behavior. And, simply put, that means less talk and more action.

Chazal touch on a tendency among the righteous to speak little and do much, while the wicked tend to act in the opposite direction. I once heard an explanation for this. A person may be well-meaning, filled to the brim with good intentions. He lavishly makes promises which, in the moment, he has every intention of keeping. He fully plans to cough up the sum he pledged for this cause or that. When he offers a friend his help, he really means to give it.

The problem is that such a person may not be realistic enough about himself. He may not possess the self-awareness to see the shortcomings and character flaws which will loom up to impede his progress. In his mind, wanting to do something equals doing it. When the time comes, however, he can find himself too weak to resist the impulse to sit back and do nothing. And this does not even tarnish his good opinion of himself, because in his mind the mere act of promising already turned him into a good guy.

Enough of this, unfortunately, can end up placing such a person in the category of what our Sages have labeled wicked.

A righteous person, however, knows exactly how much he is capable of doing. He is exquisitely aware of his faults and his weak points. He is fully cognizant of the yetzer hara’s wily power. Therefore, he promises little. He refrains from painting glorious word pictures of all the wonderful things he plans to do. Instead, without saying much, he just goes ahead and does it.

When we want to repair a relationship that we have damaged, our impulse may be to make long, earnest speeches to the wronged party about how much we intend to change and grow. But speeches are not necessarily what the other party wants or needs.

Far better to limit your verbal contrition to a simple acknowledgement of the wrong you did, along with a heartfelt apology. The rest—your private plans for self-improvement, your strategies for change, and your rosy hopes for the future—are your business. There is no need to burden the other person with any of that. They don’t need to be privy to your personal calculations for growth. What they need is to actually see you grow.

Like the fresh green shoots that rise and spread to cover a dead patch of ivy, new and positive behavior has an almost miraculous way of covering over past mistakes and healing a damaged relationship. Much better than making long speeches promising change is showing the wronged party, repeatedly over the course of time, that you have changed.

Gradually, the cumulative effect of the new behavior pattern will engender a newfound trust, one which all the speeches in the world would be unable to render half as reliable. Words are nice, but they are only that: words. Good intentions, too, have a sad way of falling by the wayside. Only actions demonstrate a person’s real commitment to change. And only actions can, with time, repair the damage to the relationship.

The formula is simple: a few necessary words of contrition, followed by a long and consistent regiment of improved behavior. Because sometimes, the best thing we can do is to simply allow luxuriant new growth to paper over old scars.