A Nation of Teachers & Students 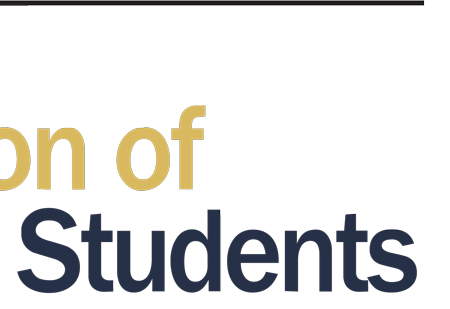 This past week, the multitudes who follow Daf Yomi learned the story of Yehoshua ben Gamla (Bava Basra 21a), who instituted yeshivos in Klal Yisroel. Last summer, I had the privilege to explore in these pages the implications of this “innovation.” In recognition of our analysis once again of this seminal teaching of Chazal, I would like to examine the opposite side this week, taking a careful look at the role of a rebbi in our lives and the lives of our children. Who should this rebbi be, what are our expectations of him, and how should we relate to each other? First, though, a partial review of what we learned six months ago:

“My rebbi, Rav Yitzchok Hutner zt”l (end of Pachad Yitzchok, Shavuos), long-ago established the principle that all teachers are actually surrogates for parents in the holy endeavor of chinuch habonim. He cited a major error in understanding the Torah attitude toward the foundations of ‘Jewish education.’ The Gemara (Bava Basra 21a) praises Yehoshua ben Gamla, ‘for if not for him, the Torah would [G-d forbid] have been forgotten in Klal Yisroel.’ In the beginning, whoever had a [knowledgeable] father learned Torah. Whoever did not have such a father did not learn Torah. Eventually, Yehoshua ben Gamla came along and established the institution of schools and teachers.

“The secular interpretation of these words of Chazal is that we are incredibly proud of the fact that even in those ‘primitive’ days, our nation was progressive enough to invent and institute compulsory education. As the rosh yeshiva points out, nothing could be further from the truth and the entire scenario is utterly illogical. Could it be that in all the centuries between Mattan Torah and Yehoshua ben Gamla, only children fortunate enough to have scholarly fathers studied Torah and yet the Torah was not forgotten? Were there no orphans or children with ignorant parents in days of yore? However, the truth is that chinuch or education was defined differently for millennia. Torah was transmitted in the same place where life itself was given, because it was axiomatic that Torah equals life itself. Therefore, if a child indeed was blessed with a father who could learn and teach, that was the ideal way to absorb Torah, from the very place he had been granted his existence.

“During all the years between Mattan Torah and Yehoshua ben Gamla, if an orphan or child with an ignorant father had no ability to learn at home, he learned in someone else’s home. Not only was the Torah not forgotten, but the transmission of Torah as the breath of life continued unabated. However, tragically, just as Klal Yisroel suffered diminutions and spiritual downturns, so did the Torah itself. Finally, there were simply not enough alternate homes to sustain this idyllic form of chinuch, so in his prescience and wisdom, Yehoshua ben Gamla established schools and yeshivos.”

Based upon this teaching of the rosh yeshiva, we expounded the premise that all of us as parents should make every attempt to “restore the crown to its rightful owner” and be the fathers and mothers who are truly teachers and role models to our precious progeny. However, the flip side of this is that in hiring surrogates – a necessary but bedieved situation – we should know what to look for in a mechanech, what we have a right and mandate to expect – and when to be appreciative of what we have. To perhaps be a bit more practical, we are actually discussing what school to choose for our children, not so much which teachers, since few of us are principals or yeshiva administrators. When I had the zechus of being a yeshiva principal, these questions became central not just to my position, but to my very essence. In seeking the advice of my rabbeim and daas Torah, in light of the recent dafim we absorbed, the following are some thoughts on what to look for and what to cherish.

Rav Zeidel Epstein zt”l, rosh yeshiva of Yeshivas Rabbeinu Yaakov Yosef and later mashgiach of Torah Ore in Eretz Yisroel (“Rav Vetalmid,” page 104) used Klal Yisroel’s relationship with Moshe Rabbeinu as the paradigm of a rebbi’s patience and tolerance. When we read (in last week’s parsha) that Paroh and his army were approaching the Bnei Yisroel, the posuk records that the Bnei Yisroel lost faith and complained. The Ramban clarified that we still fully believed in Hashem, but had doubts about Moshe Rabbeinu. Now, it seems astonishing that this skepticism should even exist for a moment. Moshe had risked his life for us from the very beginning, had performed – obviously as the agent of Hashem – numerous miracles, and continued to be a brave and inspiring leader. Yet, despite this insult to Moshe Rabbeinu’s devotion to his people, he did not lash out or become angry at this colossal slight. He reassured the nation, “Do not fear! Stand fast and see the salvation of Hashem that He will perform for you today” (14:13). Moshe had learned this middah of forbearance when Hashem taught him to “lead with gentleness and indulgence” (Rashi to 6:14). Rav Epstein wisely concludes that every leader, whether in the classroom or the pulpit, must remember to assess the pressures and fears of his charges and do what is best for them, not reacting to his own emotions or disappointments.

When it comes to the individual, all of our gedolim acted first as a father – as we derived from Yehoshua ben Gamla – and later a teacher. Rav Shimon Shkop zt”l, rosh yeshiva of Grodna, was generally extremely selective in choosing talmidim for his yeshiva. A talmid once arrived bedraggled and seedy-looking after two weeks of walking along dust roads, since his impoverished parents had lacked the money for his transportation for the entrance farher. Instead of the usual penetrating questions on Gemara, Tosafos and other Rishonim, the rosh yeshiva inquired, “When have you last eaten?” The next question was, “When did you last sleep in a bed?” After ascertaining the emaciated young man’s immediate physical needs, the rosh yeshiva took the astonished new talmid, fed him a hot meal, made sure that he slept soundly, and only then “spoke to him in learning” and welcomed him to the student body. That is a rebbi in Klal Yisroel (Rabbi Aharon Perlow, Zichronam Livracha 1:267).

Rav Elazar Menachem Man Shach zt”l was expecting a delegation of wealthy baalei batim from America to help him deal with a financial crisis in Chinuch Atzmai. Somehow, a sad-eyed twelve-year-old boy gained entry, despite orders that there would be no appointments that night.

“What is wrong?” Rav Shach inquired.

“What? You are not learning?”

“I have no interest.”

“Because I do not understand.”

The aged gadol hador took out two Bava Metzia Gemaros. He slowly explained every line of the Gemara and Rashi and moved on to the next. Meanwhile, the delegation had arrived and was told to wait. One hour passed, and then two and more. Finally, after the child left happily, understanding the Gemara and with his cheishek back, the rosh yeshiva announced, “I am sorry. There can be no meeting tonight. I do not have the strength.” No, but the rosh yeshiva taught the American baalei batim and all of us what the priorities of a true rebbi are, even if he has never before met that talmid (Rabbi Meir Heisler, Niv Hamoreh, Kiselv 5763, page 8). These stories would certainly seem to validate the Chazon Ish’s declaration that “the main chinuch for the young is that which instills good middos” (Aleinu Leshabeiach 6:436).

After a contentious presidential election, a member of the Secret Service was quoted as saying that she would “not take a bullet for the president.” Despite some sympathy for her, it was readily understood that someone in that position must be ready to take the hit. Well, the same seems to be true of a rebbi. He must be prepared to “take an arrow for his students.”

The posuk says of Hashem, “I have borne you on the wings of eagles” (Shemos 19:4). Rashi explains that the metaphor is based upon the implicit commitment of the mother eagle that “better that the arrow should hit me and not my child.”

So do our gedolim teach is the dedication of a proper rebbi to his students (ibid., 4:530). Furthermore, Rav Berel Povarsky, rosh yeshiva of Ponovezh Yeshiva, notes that Yaakov Avinu “blessed each [son] according to his appropriate blessings” (49:28). Rashi comments that they each received “the blessing that they were each destined to receive.” Rav Povarsky explains that a good father – as well as a good rebbi – knows the potential of each son or student and makes sure that they fulfill that ability, for that is the greatest blessing of all. Thus, a good rebbi must know each of his students totally and be committed to elicit and bring forth from them the blessing that is already nascent within them (Maskil L’Dovid, ibid.).

Despite the fact that my rebbi demanded and taught the great obligation of kavod that a talmid owes his rebbi, he also recognized that “the smallest match can burn down an entire house and even the least of talmidim can ignite a great fire in the heart of the rebbi.” He therefore concluded that every rebbi must feel a great debt of gratitude to every talmid” (Sefer Hazikaron, page 109). If a rebbi does not feel privileged to be teaching Torah – to these particular students, to this age, to this level, using this particular text – then he should not be in the classroom and we should not be entrusting him with our most precious treasure. On the other hand, those who have these amazing traits must be compensated properly, must be given the respect they deserve and spoken of to our children and families with the same derech eretz we reserve for those for whom we do not hesitate to stand up. When we merge our own responsibilities toward our children with the self-sacrifice and dedication of our rabbeim and moros, we will be sure to have the Yiddishe nachas for which we all yearn and daven.