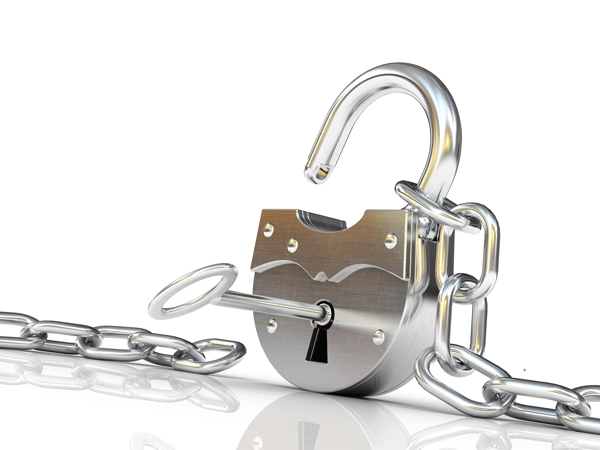 Mrs. Wendy Runge, a mother from the Minneapolis community who was serving a 10-year sentence in Iowa, was released on Friday, 10 Elul/August 16, after serving just over six months. Many in the Jewish community had seen her case as a travesty and had advocated and prayed for her. â€œI feel incredibly grateful, incredibly blessed,â€ Mrs. Runge told the Yated.
Her release came quickly, fulfilling the dictum of “yeshuas Hashem keheref ayin.” Mrs. Runge had a hearing earlier Friday morning in front of Arthur Gamble, chief judge of Polk County, Iowa, on a motion she had filed for reconsideration of sentence. After agreeing to a plea bargain, the motion stated, the original trial judge had inexplicably sentenced Wendy to 10 years, way beyond the terms of the plea deal.
She had been charged with theft of tax credits extended to her and to 25 other filmmakers who participated in tax incentives (subsidies) offered by Iowa to lure the film industry to that state.

The Iowa incentives were unmatched anywhere else in the United States. The state offered 50 percent in transferable tax credits for film-related expenditures made in Iowa. A video filmed on October 21, 2008, in Dubuque, Iowa, shows Tom Wheeler, then director of the Iowa Film Office, explaining and boasting about the 50 percent transferable tax credits, asserting that it is the highest incentive offered by any state in the nation.

Since most producers and investors would be from outside Iowa, they were able to sell the tax credits for cash to Iowa taxpayers, who paid 90 cents on the dollar for them. This dream scenario attracted 26 filmmakers, including Mrs. Wendy Weiner Runge.

The film-tax incentives program ended up costing far more than the Iowa legislature had anticipated. Tom Wheeler was called to account. He blamed the situation on inadequate help from the state. “I was overloaded with applications and did not get enough help from the Department of Economic Development,” he told authorities.

Rather than admit that the state had overextended its ability to make good on its lavish incentives, and that the tax credit legislation had been poorly designed, with too many loopholes and open ends, the state went looking for culprits.

Wheeler was among six officials in Iowa fired or forced to quit over allegations they mismanaged the film tax credit program. Iowa prosecutors bolstered their criminal case against Wheeler with charges of various felonies, including official misconduct over his handling of state film tax credits. Everyone in his department either resigned or was terminated.

Wheeler had guided and mentored Wendy and other producers on how to take advantage of the tax incentives. That advice had turned out to be disastrous for her and many others who were now accused of abusing the program, and of being greedy, immoral and criminal.

The corruption scandal that ensued, the largest of its kind in the country, drew nationwide attention, plunging Wendy and other filmmakers into notoriety. The media portrayed Wendy as the criminal mastermind of a campaign to wrest millions from an unsuspecting Iowa film commission in order to enrich herself and her filmmaking partners.

At the time of her sentencing, Wendy’s attorney told her, “Every conviction that I have ever seen always includes an amount for restitution. Whether it’s compensation to a crime victim or a payment of some kind of penalty to the state, there is always a number. Your conviction had no restitution. That is a mistake that will come back to bite [the prosecutors] one day.”

In a spine-chilling scenario at the Erev Shabbos hearing, these words turned out to be almost prophetic. As the hearing progressed, the judge indicated some sympathy for Wendy’s motion, but no one dared predict that he would actually change her sentence. A district court had denied her appeal in 2011. To her profound disappointment, a half year later, in February 2013, the Iowa Court of Appeals denied it as well.

Now Judge Gamble asked Wendy, “Have you made arrangements for your restitution?”

“There was no restitution, your honor,” she replied.

There was a pause in the proceedings as the judge considered this.

Wendy’s former partners had also negotiated plea deals with prosecutors. As part of their deal, they agreed to testify against Wendy. In return, one received a 10-year suspended sentence for first-degree theft and two years probation. The other defendant received a deferred sentencing for second-degree theft. He was able to wipe the felony from his record after two years of probation. Both defendants had to pay heavy fines.

In striking contrast, Wendy was slapped with a 10-year sentence, but, tellingly, she was not fined a penny, since prosecutors could point to no evidence of fraud or financial gain. In fact, not one of the fraud, conspiracy and theft charges they brought against her was proven, and every one of them was dismissed.

As per the terms of her plea deal, Wendy had admitted making a fraudulent statement to the Iowa state department in connection with an application for film credits. She said she had done so under the go-ahead of Tom Wheeler.

Wendy’s motion before Judge Gamble asked the court to reconsider not her conviction but the 10-year sentence. The motion argued that the sentence was disproportionate to the crime, and that her former partners and fellow defendants, after admitting to defrauding the state in significant amounts, had received no jail time at all.

Judge Gamble appeared to be pondering the telltale absence of a restitution penalty in Wendy’s case. How did that mesh with a 10-year sentence for a first-time non-violent offender who was a married mother of children? How did that mesh with the lenient sentences meted out to her former film producing partners?

“Had I presided over your case, it would have been much different,” the judge finally said. He then proceeded to vastly reduce her sentence to probation for two years. To Wendy’s indescribable joy and relief, the judge informed her that she was free to go home.

A jubilant and grateful Wendy and her husband now faced a challenge of another sort. It was Erev Shabbos and they were 250 miles from their home in St. Louis Park, Minnesota, and prison authorities are not known for their quick processing of paperwork.

A uniquely compassionate gesture came from Judge Gamble. “I will do this. It will get done. I will make sure that it happens.” And he kept to his word.

Wendy and her husband were able to get on the road, and they arrived home in time for Shabbos.

“I want to thank my rov, Rabbi Chaim Goldberger of Minneapolis,” Wendy told the Yated. “He drove every week to deliver a shiur to me. Also, Rabbi Jacobson and Rabbi Goldstein of Des Moines, Iowa, gave many hours of their time. And Rav Michel Twerski of Milwaukee was a beacon of strength who stood behind me every step of the way.”

Until the last day, Wendy thought she might have to sit in prison for ten years. Her son, Zecharya Runge, celebrated his bar mitzvah last May, without his mother present.

Wendy spoke to us about her childhood in Omaha, Nebraska. She and her two sisters were raised in a non-Orthodox home. The three girls joined NCSY and began to keep mitzvos. They came to appreciate and love the Torah life. They each married frum men and raised young children according to a Torah lifestyle. Eventually, her parents also became frum.

“When my dad came to Zecharya’s bar mitzvah,” said Wendy, “I told him that he now has a minyan between him and his sons-in-law and grandsons. He said, ‘I never thought of it that way.’ I told him that when you’re stuck here in prison, you have a lot of time to think about the kindness that Hashem bestows upon us.”

Wendy shared her concern for other Jewish inmates still incarcerated. “My joy is tempered knowing there are other people suffering behind bars,” she said. “And I want the big geulah, so everyone can get out and return to their families.”

She shared the story of a Jewish woman she met, Esther bas Chana.

“I’m not asking anyone to do anything drastic. Just take a mitzvah that you already do and infuse it with simcha. And do it in the zechus of these other prisoners,” Wendy said.

While we were speaking to Wendy late Sunday evening, we could hear her children in the background asking, “Mommy, are you going to tuck us in and say Shema with us in person tonight?”