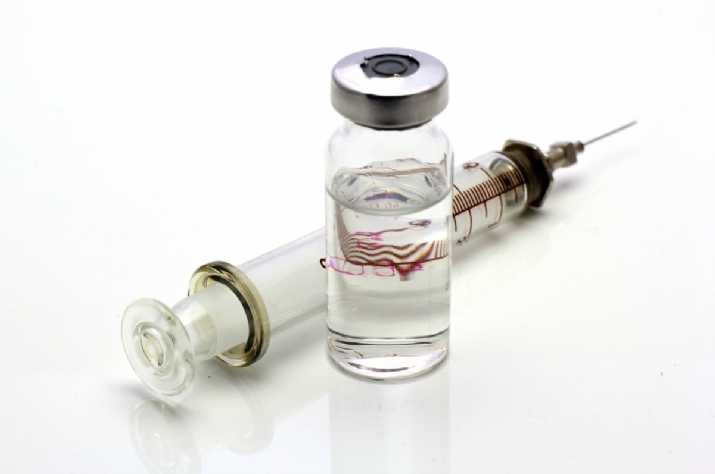 Disease is never good. Nobody likes to be sick. So outbreaks of even the mildest viruses can cause angst amongst medical professionals and the general population alike. But when a strain that was thought to be eradicated for decades surfaces, the level of concern is multiplied. That's what's been happening in and around the Jewish enclaves in the tri-state area, with the recent discovery of a measles epidemic that has laid low tens of patients over the last several weeks.

According to the New York City Department of Health, at least 48 cases of measles have been identified in Boro Park and Williamsburg, all within the Orthodox Jewish community. In response, the DOH has issued a directive to begin inoculations against the virus at an earlier age than usual. The order was extended to the Crown Heights neighborhood as well, despite the fact that there haven’t been any reports of measles in the area. Other communities also fear its imminent arrival.

“Boruch Hashem, we haven’t had a case here yet,” Dr. Reuven Shanik, renowned pediatrician in Lakewood, NJ, told the Yated. “But I fear that it may only be a matter of time.”

The disease was allegedly brought Stateside by someone who had traveled to England, which was dealing with its own measles epidemic. Eerily, this is the second time a visitor from the UK has brought the measles to the frum community in the U.S. A similar outbreak occurred during the summer of 2009, also occurring under the same circumstances. That outbreak came along with a mumps epidemic as well.

Symptoms of measles are easy to spot. High fever is the prominent feature at the outset, along with coughing and nausea. This is followed shortly by the measles rash, a deep red inflammation that can spread across different parts of the body. While the disease itself isn’t fatal, it can lead to complications that may be. Pneumonia and acute encephalitis are just two of the conditions brought about by the measles. Indeed, in the current outbreak, there have been reports of both afflictions, along with a miscarriage.

What is most frustrating to doctors is the fact that measles is easily preventable. The MMR vaccine has been widely used by most of the population for decades and has largely succeeded in eradicating measles, mumps and rubella from nearly every society in developed countries. Like smallpox, polio and other maladies, these were thought to be a thing of the past, but a fraudulent study published in 1998 by a British doctor turned the tide and has caused many parents to resist inoculations. The study published by Dr. Andrew Wakefield in the Lancet, a prestigious British medical journal, contended that the MMR vaccine was directly linked to autism, scaring parents worldwide and throwing the medical community into turmoil. A short while later, it was discovered that Wakefield had knowingly deceived the public due to a conflict of interest. He was censured and lost the right to practice medicine in the UK. Despite his disgrace, the fallacy of his report lives on.

“In both cases of measles outbreak over the last few years, the vector for the disease was someone who hadn’t gotten inoculated,” Rabbi Dr. Aaron Glatt, Executive Vice President and Chief Administrative Officer at Mercy Medical Center in Rockville Centre and Professor of Clinical Medicine at NY Medical College, told the Yated. “We have also heard about mumps, chicken pox and other preventable diseases that have been rearing their heads in our communities.”

Dr. Shanik confirms this. “We had a terrible outbreak of whooping cough last year, along with cases of the mumps,” he said.

So why the concentration in the Orthodox community? Did we buy into Wakefield’s theories more than the general population?

“No,” contends Dr. Glatt, who also serves as Assistant to the Rabbi at the Young Israel of Woodmere and Assistant Rabbi at Congregation Anshei Chesed in Hewlett, NY. “But we are a lot more insulated. We spend hours upon hours together in a poorly ventilated bais medrash right across the table from each other. This spreads the germs quickly from one to another. Add that to the fact that we frequent the same neighborhoods, stores and facilities, and you get a virus that sticks to one community.”

Indeed, following the 2009 outbreak, the New England Journal of Medicine published a paper that hit upon Dr. Glatt’s theory.

“Boys in yeshivos receive intense religious education starting at 12 years of age, with school days that are up to 15 hours long. Yeshiva study is typically interactive, involving a ‘chavrusa.’ Partners face each other across narrow tables or lecterns to study religious texts; the format is face to-face, often with animated discussion. Frequently, several pairs of students study at a single table. A typical day involves several study sessions, with students changing partners for each session. This chavrusa-style of study may have allowed for particularly efficient transmission of mumps virus.”

“A non-Jewish family may have one or two kids, with twelve children on the entire block, minimizing the potential of contracting the virus. In our communities, every family on a block can have eight or nine children. Each block can have about 200 children. The potential for contraction is obviously multiplied.”

Although the disease was originally contracted by a non-vaccinated individual, the New England Journal of Medicine study of the 2009 epidemic reported a startling statistic. Out of over 2,300 individuals who were struck by the virus, 90% had received some level of vaccination. How does this jibe with the claim that vaccines prevent the illness?

“No vaccine is perfect,” Dr. Shanik explained. “Most have a success rate above 90%, and that is more than adequate to prevent someone from contracting the disease – provided everyone gets vaccinated. That’s because of the concept of herd immunity, which means that by everyone having the power to resist the disease, it won’t be able to penetrate the community. But once it has entered the ranks, it’s every man for himself. Some will unfortunately come down with it, as the virus capitalizes on that 5 or 10% chance of the vaccine not being effective.”

This, of course, leads to the elephant in the room: the lack of vaccination by some parents concerned about Wakefield’s findings or other such dubious studies. All doctors interviewed are adamant that failing to vaccinate is more than just a disservice. It’s downright negligence.

“There is not one reputable medical organization or body out there that does not deem vaccination important,” Dr. Glatt said forcefully. “From the Center for Disease Control, to infectious diseases specialists, to anyone else with knowledge of the field, everyone agrees that inoculation is crucial to eradicating disease, with complications being so extremely rare as to be statistically insignificant. When the Department of Health issues a directive that is not discriminatory and is halachically acceptable, it should be followed. It just boggles the mind that people would be doing something that is just not logical.”

“Statistics have shown that vaccines save lives,” Dr. Shanik added. “The mortality rate has been way down since they were introduced to the market. The only people who shouldn’t be getting vaccinated are those who have been taking chemotherapy or have a problem with their immune system. And with regard to autism concerns, those claims have been disproven time and time again. There are no known reasons for the cause of autism. There may be theories, but inoculation is not one of them.”

“The initial study, which claimed that the MMR vaccine causes autism, was proven to have been falsified. There is not a shred of scientifically collected evidence that vaccines are associated with autism.”

As for parents who don’t vaccinate their children and claim that they aren’t hurting or negatively impacting anyone else, Dr. Gittleman compares them to one who drills a hole under his seat in a boat.

“The others in the boat ask the fellow what he’s doing, explaining that his actions will put all their lives in jeopardy, and he responds, ‘But I’m only drilling a hole under my seat!”

Dr. Gittleman adds that vaccinating is so important also out of concern for those who, due to medical conditions, cannot be vaccinated and are thus much more susceptible to contracting an illness.

Dr. Glatt quotes the Tiferes Yisroel, who allowed the administering of the smallpox vaccine, despite the 1/1,000 risk of illness and even death due to its application.

He also cited Rav Yehoshua Yeshaya Neuwirth zt”l, who paskened that although parents can’t be compelled to have their children vaccinated, they should be strongly urged to do so.

Rav Yosef Shalom Elyashiv zt”l was of the opinion that the mere fact that vaccinations are standard procedure in countries throughout the world is enough of a reason for parents to consent to vaccination, without concern of possible side effects.

Rabbi Akiva Tatz, in his book,Dangerous Diseases and Dangerous Therapy in Jewish Medical Ethics, explained the reasoning of the venerable posek: “The question was put to Rabbi Elyashiv, who ruled that the parents should accede to immunization despite their concerns. When asked if the reason behind this ruling was the issue of fairness and the obligation to share responsibility, Rabbi Elyashiv indicated that it was; his reason was that since immunization of children is normal practice throughout the world, one should follow that normative course. In fact, Rabbi Elyashiv went so far as to assert that failure to immunize would amount to negligence. Refusing childhood immunizations on the basis of unsubstantiated fears of vaccine side-effects is irresponsible and out of order halachically. The danger of precipitating epidemics of measles, poliomyelitis and other diseases with potentially devastating complications is far more real than the dangers attributed to vaccines on the basis of anecdotal claims. Until objective evidence to the contrary accrues, the halachically correct approach is to do what is normal. In addition, a legitimate government’s legislation concerning standards of medical conduct adds weight to their halachic acceptability.”

As a means of protecting oneself from contracting the virus, Dr. Shanik believes that exposure to the unvaccinated should be minimized.

“I don’t think you should socialize with them in a way that will lead to close contact,” he says. “The kids can play outside, but they shouldn’t come into the house or play together in an enclosed area, where the germs will circulate.”

Dr. Glatt also advocates extreme caution while the epidemic is playing out.

“You should wash your hands often, maintain a clean environment and be careful. But most importantly, we have to impress upon everyone that vaccinations are not optional. People can die. Your vaccine can help prevent that.”`