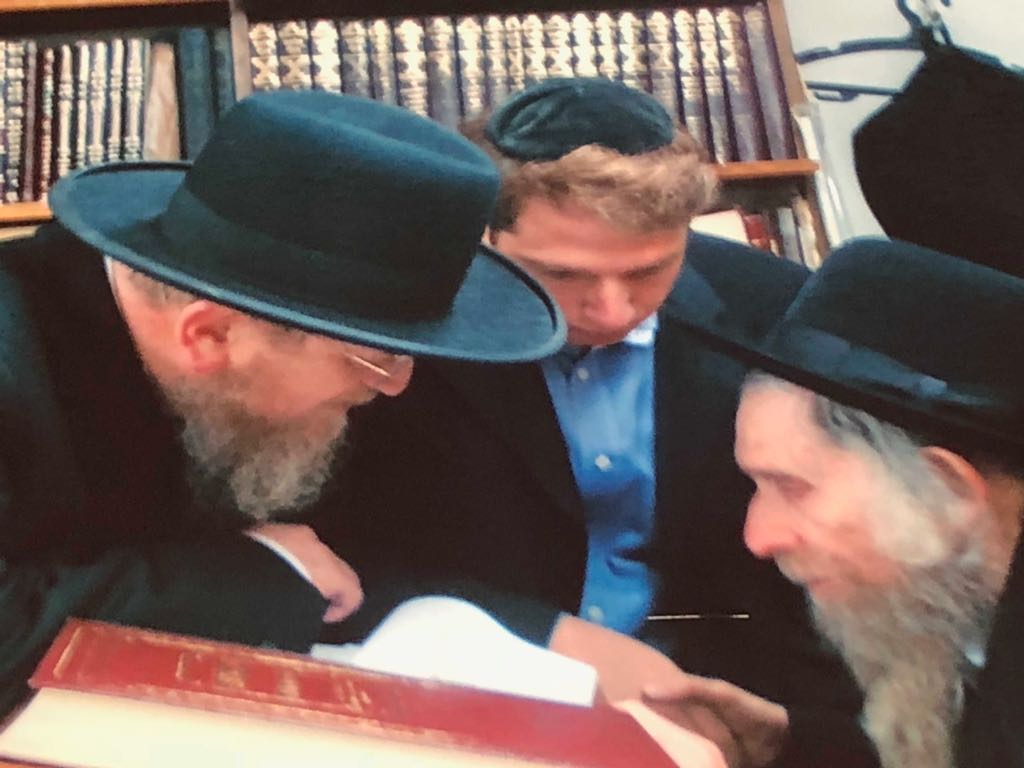 In the aftermath of the petirah of Rav Aharon Leib Shteinman zt”l, the editor of this paper and many others offered moving thoughts upon this tragic loss and of the many lessons to be learned from his amazing life.

I had the zechus of meeting Rav Shteinman several times, but it would be the height of presumption to even think for a moment that I knew him. I merely basked in his radiance and treasured every second of the experience. But I would like to share a few examples of his published Torah, as it appears in his magnum opus, Ayeles Hashachar, with an eye toward appreciating the seamless relationship between his life and his teachings.

I must confess that when I wrote in these pages several weeks ago about “The Eternal Message of Those Who Practice What They Preach,” I had no idea that the ultimate example would sadly become the life and Torah of Rav Shteinman. Yet, in many ways, in our time, he was the paradigm of this phenomenon. I believe that he never wrote about a middah or spiritual level that he himself did not personify. The following is simply a sampling of the naeh doresh and naeh mekayeim aspect of his inspiring life. All references in quotes are to Ayeles Hashachar on Chumash.

Rav Shteinman refers us to what he also writes on Devorim 10:18, where the Torah testifies that Hashem “carries out the judgment of orphan and widow.” He quotes Rashi’s comment that this posuk highlights both Hashem’s strength and His humility. Here, too, he stresses that the arrogant do not seek to help those less fortunate, for in their egotism, they care only about themselves. Although the Rav Shteinman’s now-famous tzava’ah – last will and testament – requested that there be no hespeidim, sharply reducing what we surely would have learned about his sterling middos, some stories have surfaced. Rav Aharon Leib fled from honor at every opportunity. In fact, he “once wept after the Chazon Ish…accompanied him to the door as he left.” He was afraid that this, like many of the honors he endured, were undeserved and would only “decrease his share in the World to Come.” The tzava’ah is the final testimony to his modesty, requesting to be buried amongst simple people, that there be no hespeidim and no titles on his matzeivah, and that no signs be posted about the levayah.

Rav Don Segal one mentioned in a shiur that “all of Bnei Brak comes to show their lulavim to Rav Aharon Leib Shteinman because he understands beauty…and yet, take a look at his house. He understands the beauty in mitzvos – an area in which he is one of a kind.”

The reference to Rav Shteinman’s house was, of course, to its extreme simplicity and even poverty, yet when it came to hiddur mitzvah, Rav Shteinman was like a billionaire.

He goes on to relate a story about Rav Yisroel Salanter, who was asked a similar question by a rebbi who had worked very hard on a group of students, who eventually failed in their studies and had regressed religiously as well. The rebbi wondered if he needed to repent for his failure as a Torah educator. Rav Yisroel’s response was that there was no reason for any regret. While they were in the yeshiva, they recited Krias Shema, and kept Shabbos and other basics. Therefore, one should feel good that something had indeed been accomplished. This was Rav Shteinman’s response to all who asked about throwing a student out of yeshiva.

“Look on the positive side,” he advised, just like Avrohom Avinu. Virtually all of his “anshei bais Avrohom,” the people he had brought under the “wings of the Shechinah, returned to idolatry, yet there is no record that Avrohom Avinu felt that he had failed. In fact, he surely would never have sent any of them away.”

Rav Shteinman’s compassionate view of how to deal with less than perfect students is clearly reflected in his understanding of Avrohom Avinu as a rebbi and mechanech.

and various English versions under the title A Gadol in Our Time, stories are told about Rav Shteinman’s acceptance of the mantle of leadership from his predecessors. At various times, the Steipler Gaon, Rav Elazar Menachem Man Shach and Rav Yosef Shalom Elyashiv zichronam livracha indicated that Rav Shteinman was the one to whom to turn for both brachos and the definitive guidance for leading Klal Yisroel.

In his writings (Devorim 3:23), Rav Shteinman makes a distinction between a private person, who is treated with one standard, and a person who is needed by Klal Yisroel, whose concerns and prayers are only for the welfare of the tzibbur. When Moshe Rabbeinu began to daven for the privilege of entering Eretz Yisroel, Rashi comments that he prayed even though the decree had already been proclaimed. Rav Shteinman raises the question: Doesn’t the Gemara (Rosh Hashanah 17b) clearly indicate that only a decree upon the tzibbur can be nullified, but not that upon an individual?

Rav Shteinman answers (quoting in part a Turei Even on this Gemara) that great individuals such as Moshe Rabbeinu and Chizkiyahu, who were needed by Klal Yisroel and were totally devoted to its concerns, are treated like the klal itself. Those close to Rav Shteinman noted a change in his schedule, priorities and willingness to travel once he undertook this mantle of leadership. From Odessa to Gibraltar, from Mexico to Los Angeles and beyond, Rav Shteinman, when well into his nineties, traveled with the Gerrer Rebbe and alone to give chizuk and guidance to his people. He had indeed become, in his own words, a person who “rabbim tzrichim lo vehu letoeles haklal,” is needed by all of Klal Yisroel and all that he does is only for their benefit.

Perhaps it would appropriate to close this brief overview of the confluence of Rav Shteinman’s Torah with his life itself by reflecting upon his words regarding Moshe Rabbeinu’s petirah. The Torah (Devorim 34:1) states, “Moshe ascended from the plains of Moav to Mount Nevo.” Rashi tells us that there were many steps to the top, but Moshe took them all in one giant stride. Rav Shteinman goes on to quote the Medrash (Vayeilech 9:4), which states that Moshe Rabbeinu wrote thirteen Sifrei Torah on the last day of his life. Rav Shteinman raises the question of what the purpose of these miracles was. He answers, referring to gedolim such as Rav Yehoshua Leib Diskin zt”l, “who by virtue of their total cleaving (deveikus) to Hashem, live by a different law of nature than other people.” He gives examples ranging from Moshe Rabbeinu’s jump up the mountain to Rav Chanina ben Dosa’s goats bringing bears on their horns, to Rav Diskin’s ability to instantly discern how many leaves there were on a tree.

Surely, Rav Aharon Leib’s 104 years on this earth, his accomplishments and even his very last days and hours were lived on a different plane, by a different standard and even perhaps by a different law of nature than most mortals. Yet, all of this was punctuated by a simplicity and humility that concealed and veiled the holy neshamah we were privileged to have in our midst for this long. May we treasure his legacy, attempt to emulate his ways, and try to reconcile our words and actions in the beautiful way in which he lived his life.