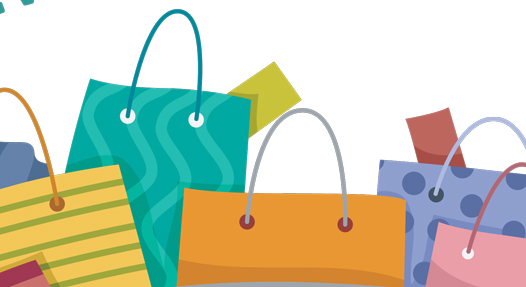 On a recent plane trip, I had occasion to return two lost objects to their owners. The first took place as we were standing in line, waiting to pass through security.

The line snaked around itself in spiral fashion, with each segment divided from the next by a metal railing. As I inched along with the rest, half my mind busy observing my fellow passengers and the other half in a sort of half-stupor, I suddenly saw something skitter beneath the railing from the portion of the line adjoining mine. The object bounced on the floor and skidded a bit more before finally coming to rest at my feet. Looking down, I saw that it was a toy car.

When I lifted my head, I found myself gazing into the bright black eyes of a small boy of olive complexion in the next row. He looked hopefully at the little car, and then back at me. Quickly, I crouched down, picked up the toy, and handed it back to its owner. After a bit of prompting from his mother, the boy rewarded me with a big smile and a “Thank you!”

My second opportunity to return a lost object came just a few minutes later, as I was clearing security. The woman directly ahead of me in line was traveling with her two sons. Cognizant of TSA rules and regulations, she kicked off her shoes and then supervised her children in placing their various belongings in the plastic bin, which she sent on its way down the carousel to be scanned. At the last moment, as her bin was disappearing into the void, she hastily snatched off the glasses she’d worn perched on top of her head and thrust them onto the conveyer belt. Striding ahead, she didn’t notice the glasses being pushed backward by the flaps that covered the scanning mechanism.

From my vantage point behind her in line, I did notice. When it seemed clear that the glasses would be left behind unless helped along, I hastily dropped them into my own bin. On the other side of the security checkpoint, I gathered my belongings while keeping one eye on the mother and her sons as they moved into the distance on their way to their gate. The moment I had my shoes on, I raced after them and returned the glasses. Needless to say, she was very grateful.

It’s easy to feel a glow after returning a lost object to its owner. The mitzvah of hashovas aveidah is one that we can readily understand. It’s a classic act of chesed: finding something that has value to someone, and restoring it to its grateful owner. A mitzvah that makes for good feelings all around.

With these two incidents taking place literally one after the other, I began thinking about all the other things that people lose over the course of their lives, and may need help finding again. Things that can’t necessarily be touched or held or packed into a suitcase. I’m talking about matters of the spirit. About the things that define who we are.

Losing a physical possession can be painful for a variety of reasons. Everything we own represents the thought, effort and individual taste that went into its acquisition. We purchased it, often at considerable trouble or expense, because we wanted to have it in our lives. Losing something like that leaves a gap that hurts.

The lost possession may be something that gives us pleasure, like a favorite toy tucked into a little boy’s pocket to while away a long journey. It may be something that’s difficult or costly to replace, like a pair of prescription glasses. The value of the object, to the individual who lost it, can be calculated in actual dollars and cents or in sentimental value, such as a much-loved photograph or heirloom trinket. Either way, its loss brings pain.

Losing things of a non-tangible nature brings pain of a whole different kind. The ache can extend far beyond a pang of nostalgia or the inconvenience and financial distress of having to replace what was lost. When it comes to spiritual losses, the pain goes much deeper, and the ramifications have a far greater reach.

What kind of losses are we talking about? A few examples spring to mind. A person can lose his temper, his equilibrium or his cool. She can lose her moral compass. He can lose his way in life.

Let’s talk a little about how people come to lose these precious things, and what their loss signifies.

In my opinion, it’s all about forgetting.

When a person loses his temper, he has temporarily lost touch with who he is and what his relationship is to the other party. If the second party is a stranger, as in cases of “road rage,” when he lets loose and lashes into another driver in a way that’s unbecoming to him he has essentially forgotten, in the heat of the moment, what kind of person he really is. What his values are. How he’d like to see himself.

And if the recipient of a vitriolic tongue-lashing or explosive outburst is someone dear to him, the disconnect is even more profound. It takes a lot of forgetting to lose oneself with someone one loves. And the pain, on both sides, is much worse.

When we become flustered, panicked or insecure, we lose our equilibrium: the calm center that keeps us balanced. Losing your balance is a frightening experience. It may result in a temper tantrum, a crying jag or a depressive withdrawal into passive indifference. Either way, we’ve lost touch for a time with the person we’ve worked so hard to bring into being.

An individual who’s lost his moral compass is one who’s forgotten what he believes in. His life poses a challenge with which he no longer has the moral tools to cope. The severity of the problem can range from the occasional lapse in judgment when we find ourselves in an environment incompatible with our value system, to a complete abandonment of the rules we need to guide us, r”l.

The loss of one’s moral compass means that every road looks as appealing as any other. There’s nothing inside to tell you which way is north. No arrow to point you in the right direction, when all roads look the same and none of them seem to lead to any place you really want to go.

Which brings us to our last sad scenario: the person who’s lost her way. Maybe it started with small things, like the occasional eruption of anger and rejection stemming from the loss of self and balance that we’ve described above. Losing oneself too often can lead to losing your moral compass—that is, forgetting what you believe in. And this, if left unchecked, leads inevitably to losing your way in life. If all roads look alike, then all destinations are equally confusing. The traveler wanders, sad and alone, in the hope of finding his way back to a place he hadn’t realized he’d lost until it was too late.

If there’s such pleasure in restoring a lost object to its owner, how much more should we relish the opportunity to help a fellow Yid find those intangibles that he may have temporarily lost sight of. If we chance to notice a person who’s not behaving as she ought to, instead of clucking in disapproval let’s stop and wonder if she may have lost something precious that can’t be seen. And whether there’s anything we can do to help her find it again.

Maybe there’s a word we can say, an invitation we can extend, a comforting shoulder we can offer, to help them find what was lost. To impart that sense of purpose, of knowing who one is and where one is going, that makes all the difference.

Because giving a person back to himself is the best and noblest form of hashovas aveidah that I can imagine!