Los Angeles Community Reaches Out To Help Victims Of Sandy 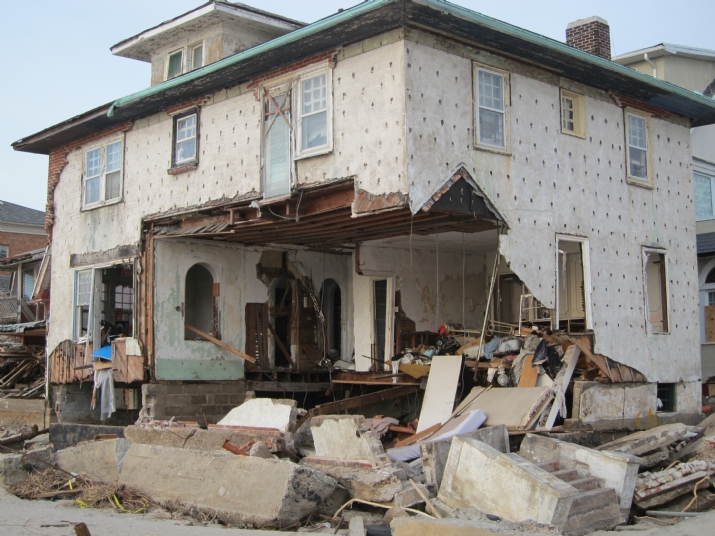 The city of Los Angeles is 2778 miles away from New York, and if one were to decide to drive that distance it would take about 41 hours nonstop. Culturally and weather-wise, the two cities are as different as night and day. In fact, the media sometimes describes them as rivals. Yet none of that stopped the Jewish community of Los Angeles from becoming personally and actively involved in helping the victims who were devastated by the effects of Hurricane Sandy. As the fallout from the Hurricane continues to haunt communities on the East Coast for three-plus weeks with no end in sight, the far flung yet vibrant Los Angeles kehilla is sending its message loud and clear: â€œYou are not alone! We are here to help!â€

Rabbi Meyer May, Executive Director of the Simon Weisenthal Center and President of the Rabbinical Council of California says that the people in his city could not in good conscience stand by and let the New Yorkers handle the crisis themselves. Thus did Los Angeles Rabbonim from all across the spectrum join forces in issuing a proclamation to every shul in their city. It requested that each family, if possible, donate $200 towards the emergency fund.

That may seem like quite an ambitious project, but Rabbi May sees it in a different context. Perhaps because of his association with the Simon Weisenthal Center, he understands the significance of feeling the pain of fellow Jews, no matter how far they are. “I’m not going to call what happened, a Holocaust,” he states, “but there is clearly devastation. Let it not be said about our generation that we did not respond to the needs of our Jewish brothers thousands of miles away.” In a letter to the Los Angeles community, the RCC writes, “We know that one day our children will ask us what we did to help acheinu bnei Yisroel in their time of need.” In an equally poignant letter, Rabbi Gershon Bess writes to his kehilla, “It would be a terrible crime if we stood by while so many have had their lives devastated.”

If the Los Angeles community needed a role model, they don’t have to look very far. One of their very own, Rabbi Shlomo Yehuda Rechnitz, stepped up to the plate in a major way. R’ Rechnitz donated one million dollars through Torah Umesorah to help schools and families adversely affected by the storm. Says Rabbi Zvi Bloom, Executive Director of Torah Umesorah, “Rabbi Rechnitz has once again blazed a trail of chessed for others to emulate.”

Eleven year old Yosef Gartner may not be in the same league as R’ Rechnitz, but his heart is certainly in the same place. “We saw the videos of what was happening,” he said, “and we wanted to do something to help.” So the Gartner family put their heads together and came up with a plan. They would conduct a candy sale in front of their home and donate the proceeds to the victims of Sandy. Thus did they devise the concept of Candy for Sandy.

On Sunday, November 11th, the Gartner home in Hancock Park was abuzz with activity. Cotton candy and popcorn machines were donated by the Jacobson family of EJ’s Kosher Party Service who insisted on sharing in the zechus of the mitzvah. The Gartners purchased supplies, soda, and chips. They advertised their sale by hanging posters in the neighborhood and even chalking memos on trees. By 11:00 AM, the sale was in progress, and Detroit Street, where they live, was transformed into a bastion of chessed.

The response to the sale exceeded everyone’s expectations. Avigayil Gartner says that, “Total strangers, many of them non-Jews, were so impressed with our efforts that they purchased the candy and told us to keep the change.” In the end, the children and their friends raised over six hundred dollars, a huge sum for a hastily organized Sunday sale, which they forwarded over to Marbeh Tzedakah, the organization collecting funds for Sandy victims.

Yosef says he was so busy selling candy, he barely had a chance to sample some of the merchandise himself. But he is looking forward to going out to dinner with his parents and siblings, as a reward for a job well done. Most importantly, the children learned a priceless lesson of being noseh b’ol chaveiro. They learned that even little people can do chessed in a very big way. “Even if you don’t have all that money to give,” says Avigayil, “at least you can still give of your time and your energy.”

The best response to a hurricane of devastation is clearly a hurricane of chessed. Thus did the Brecher family of Los Angeles coordinate a massive relief effort called “Hurricane Benny.” Their goal? To send a forty foot truck cross country from Los Angeles to New York filled with desperately needed brand new items for the families devastated by Sandy.

The Brechers are dedicating this heroic project as azechus for a refuah shelaimah for their two year old son Binyomin Chaim ben Faiga Sarah, who is currently hospitalized and undergoing treatments. Despite the fact that Binyamin Chaim’s parents are completely dedicated to his care and spend countless hours at his bedside, their hearts are large enough to consider the tzaros of klal Yisroel thousands of miles away.

Benny’s mother Faigie sees a connection between her family’s circumstances and that of the victims of Sandy. “The hardest part is to be on the receiving end of chessed. But people have been wonderful, and it makes a huge difference when you know that klal Yisroel is backing you. Their achdus has gotten us through this so far in a tremendous outpouring of chessed that we are so grateful for.” Faigie says that the day that Sandy struck the East Coast was the very same day that little Benny received his stem cell transplant. He is currently beginning the recovery process, boruch Hashem, but the tefillos and zechusim of klal Yisroel are still needed.

Residents of Los Angeles are welcome to join the effort to accumulate zechusim for Benny by donating items such as major appliances, kitchenware, siddurim and chumashim, toys, baby gear, furniture, computers, and linen and by dropping them off at designated locations. (Call 201-906-0253 or go to teambenny.net for details)The entire load will then be transported to the East Coast and distributed to those who are suffering. It’s a massive and well coordinated effort that is wonderful and even more remarkable considering that those who are at its helm are simultaneously dealing with their own personal crisis.

Bake sales, learning programs, fundraisers — The Jewish community of Los Angeles continues collecting pennies and dollars and household items in its ongoing efforts. Sandy hit us hard, it’s true, but she had no clue what she was up against. The hurricane ofchessed is pouring in from near and far, from young and old, in traditional and innovative ways. Klal Yisroel is joining forces in the battle to rebuild and recover. Sandy, you didn’t stand a chance.