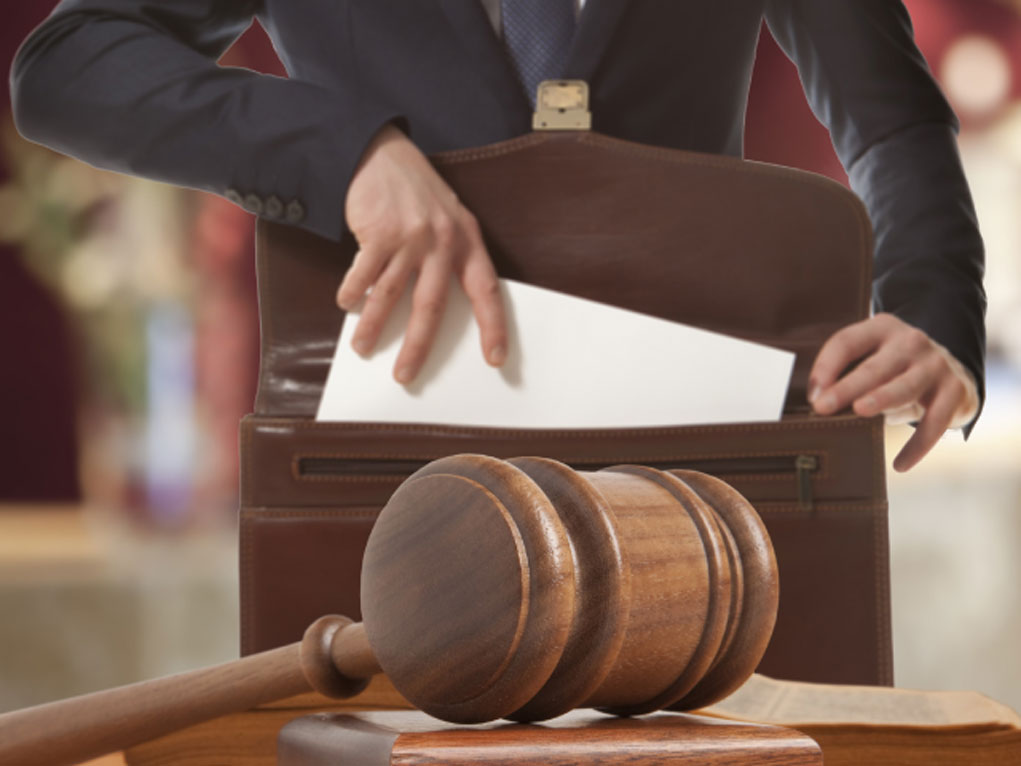 One way or another, we’ve all got a bit of lawyer in us.

When a person is in trouble, or even contemplating doing something that might lead to trouble, his natural instinct is to retain a lawyer. Someone who will smooth out any possible legal bumps. Someone conversant with the many loopholes in the law, large and small, that could make a difference to the outcome of his case.

When it comes to our personal behavior, either with regard to Hashem or to the people around us, we often find ourselves in the position of acting as our own defense lawyer. Knowing how important it is to do the right thing, when we do the wrong thing we feel a desperate need for some sort of justification that will minimize the wrong. An attorney for the defense who will show us in our best light.

Whether we’re trying to defend ourselves to ourselves or to others, the same principle applies: two contradictory ideas cannot exist in the same place at the same time. If I’m a good person, I can’t behave badly. Hence the internal lawyer for the defense, whose job it is to seek a way to reconcile the two. Human nature being what it is, the reconciliation will not generally come about through saying, “Then I guess I’m not such a good person after all.” To make ourselves feel okay, our inner lawyer will probably use the other tactic. He will try to paint our actions white instead of black.

If we are tempted to do something wrong but have not yet acted on that temptation, that’s when we summon the defense lawyer inside us to do some advance spadework. His task is to compile one or more decent-sounding rationalizations to explain why the thing that we really, really want to do is not so bad after all.

Here are few of our inner lawyer’s classic defenses. Any of them sound familiar?

Suppose you know full well that speaking lashon hara is wrong. As a good person, you do not wish to think of yourself, or to be thought of by others, as a gossiper or a slanderer. At the same time, the story you want to tell is exerting tremendous psychological pressure. You can picture the delight you’ll take in telling the tale, the interest your listeners will evince and how important and “in the know” their interest will make you feel. Avoiding that gossip session is tantamount to a child shaking his head “no” when offered a plateful of his favorite candy. It’s hard!

So you give in to temptation… and immediately afterward put your little lawyer to work. Soon enough, he finds the perfect defense: the pressure was too much for you. It was simply overwhelming! Of course, you’re a good person who would dearly love to resist such a temptation each and every time it rears its ugly head. But you’re just not that strong!

This argument performs a neat trick: it turns the doer of the bad deed from a perpetrator to a victim. I’m simply too weak to conquer my nasty yetzer hara. Poor me!

The dress hanging in the boutique’s dressing room is stunning. More than that, it’s exactly the style and color that suit you best. Already you can envision the admiring glances you will garner when you walk into the next simcha wearing it. Your ears are filled with the anticipatory sound of the compliments that will rain down on you. How can you let the fact that it’s not as tzniyusdik as it should be stop you from buying it?

Even worse than feeling like a bad person is feeling like a bad person when everybody around you is good. So your faithful little lawyer summons up a list of all the other women you know who have sometimes shown weakness in this area. I’m not the only one! I can draw strength and comfort from the fact that I’m in good company (or shall we say, bad company?). I am not alone.

Why this should provide any comfort at all is interesting. Does a criminal feel better languishing in jail together with his cohorts instead of on his own? Perhaps he does. What our diligent inner lawyer neglects to tell us is that, when it comes to being judged, each of us will be judged alone. The fact that others also erred will have small bearing on our personal verdict. Ultimately, the prisons we inhabit and the punishments we incur are the solitary kind.

I heard about a couple that was deeply in debt, largely because of the husband’s lavish spending habits. He had faithfully promised his wife to stick to the budget they’d made, so that they might have a chance to pay back what they owed without incurring a further burden of debt.

Imagine the wife’s surprise when, a mere two weeks later, her husband drove up to the house in a brand-new luxury car!

She confronted him. “I thought we agreed not to spend on anything that we don’t really need.”

He was affronted by his wife’s accusatory tone. “I’ve been so good! I’ve cut down on restaurant meals and even take-out coffee. The least I deserve is a decent car!”

In other words, he is reluctantly willing to place things like dining out and store-bought coffee in the “no-spend” category. But a decent pair of wheels is different. That is a necessity. As a fundamentally good person, he would not have broken his agreement with his wife for anything less than that!

This tactic works well with any negative behavior that we’ve promised not to repeat. “I know I said I wouldn’t do it again… but this time is different!” Whereupon, prompted by the ingenious little defense lawyer whom we’ve hired on a lifetime retainer, we proceed to outline just where the differences lie.

There are many other arguments and justifications that our hardworking inner lawyer produces—too many to list here. Besides, there’s no real need for a list. We’re all too familiar with them.

Aware that most of our negative speech and behavior begins with a thought, we need to train ourselves to catch that insidious thought as soon as it appears. I’m talking about the thought that begins to lay the groundwork for future misbehavior. The snippet of anger, of envy, of laziness, of rationalization. Hearing that tiny lawyer in my brain begin to marshal its defenses, getting ready for the moment when they will be needed, I realize that I’m on the brink of needing to be defended. Listening closely for that overtone of negativity in our thoughts is a helpful way to prevent that defense from ever becoming necessary.

Each day, in Ashrei, we praise the One Who supports all the fallen ones and straightens all the bent. We all fall. In some way or another, we are all bent. Instead of employing that shady little lawyer to make us look good to ourselves, why don’t we ask for the help we really need? Help in becoming people who are truly upright.

Goodness doesn’t come easily. But with an alert early-warning system and a little help from on high, we can dispense with all the legal shenanigans that are designed to cover over our crookedness, and stand tall again.