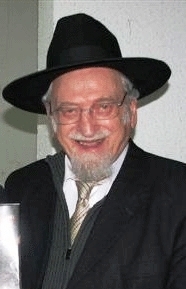 Lieutenant Meyer Birnbaum zâ€l has been an important part of my daily sixth-grade curriculum for over a decade. The first day of each new school year, I inform my talmidim that we will spend around ten minutes a day â€œlearning mussar.â€ There have been years when I heard at least one boy groan upon hearing this announcement. Mussar? In sixth grade? It's hard enough learning Gemara!

Then I explain. We are not going to be learning from a Hebrew text. We will be reading aloud about great Jews who were not rabbonim or roshei yeshiva. We will learn that any Jew, whatever his station in life, can be great in how he serves the Ribono Shel Olam and lives for others.

One of the books in this “mussar curriculum” is Lieutenant Birnbaum.

In my humble opinion, perhaps the most pivotal moments in R’ Meyer Birnbaum’s life were his first days and months in the army. His first day as a soldier, he ate nothing at all and could not fall asleep at night because he was worrying how he would daven Shacharis and put on tefillin without being noticed by the other soldiers. (He was the only Jew in a barracks of 120 men.) At around 4 a.m., he put on tefillin and began to daven (only to be caught in the act. You’ll have to read the book to find out what happened).

A few hours later, he was in the “mess hall” (army jargon for “cafeteria”) for breakfast. (The only kosher item was Cheerios.) It was against army rules to cover one’s head while inside a building. Faced with a great nisayon, Private Birnbaum took a yarmulka out of his pocket, recited a brachah, and continued wearing the yarmulka as he ate. Moments later, a Jewish soldier approached him and said that he had not had the courage to wear his yarmulka until he saw his friend Meyer wearing his.

Soon after entering the army, Private Birnbaum was sent to Officers Training School, which is how he became a lieutenant. He studied diligently for weeks and was very close to graduating with honors. Then Lieutenant Jones caught him wearing his yarmulka while eating. He asked Meyer which army rule he was breaking, and Meyer named the correct rule from memory, which meant that he had broken the rule intentionally. He then had to appear before an army tribunal which would decide if he should be expelled from the training school.

He was assigned a lawyer who encouraged him to lie and claim that, in fact, he had forgotten the rule about keeping one’s head uncovered; when he had named the rule to the lieutenant, it was only a wild guess. “It’s only a white lie,” said the lawyer.

Private Birnbaum responded, “I don’t care if it’s a black lie, a red lie, or a white lie, I’m not going to lie.”

Instead, Meyer told the tribunal that in the soldier’s oath that he accepted upon himself when joining the army, he pledged loyalty to “G-d and my country.” “The oath puts ‘G-d’ ahead of one’s country,” he explained, “and when I cover my head when I eat, that’s exactly what I’m doing.”

He almost lost his position as a lieutenant because he refused to smoke, drink, or engage in the kind of improper behavior that was acceptable to the other soldiers. Though he wanted very much to retain his position, which he did, he never lowered his high moral standards.

Throughout his years on the battlefield, the only hot food he ate was the grains and vegetables cooked in his army helmet.

I have had talmidim from years ago tell me, “I don’t remember the Gemara that we learned, but I still remember the stories from Lieutenant Birnbaum.”

Thank you, Lieutenant Birnbaum, for being such a wonderful role model.