Let’s Not Gamble Away Our Kedusha 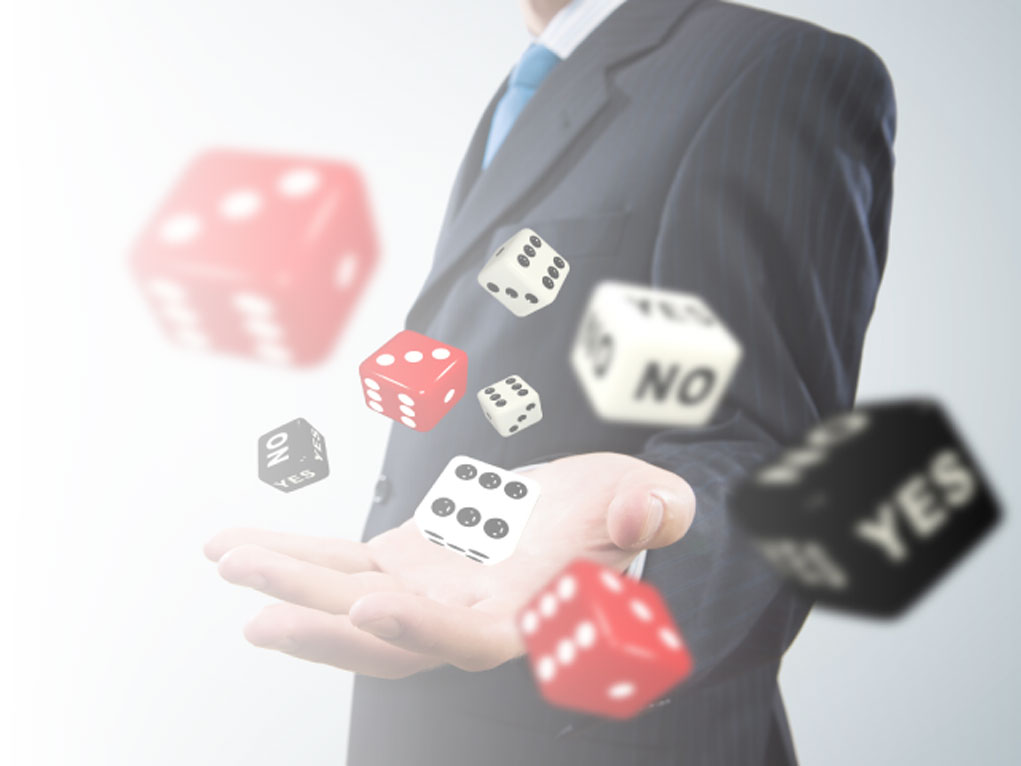 Last Sunday, I had a typical rabbinic day. Beginning with a beautiful bris, I then went to give a hesped at a sad but uplifting levayah. There was much in between and I had occasion to mingle with many of our brethren of various stripes. At one of these occasions, I overheard a troubling conversation. “Where will you be watching the Super Bowl?” one fine ben Torah asked the other. I did not recognize the questioner, but realized that I did know the responder. He glanced at me and murmured something like, “Uh, I’m not sure,” meaning, “Don’t ask me now.”

Aha! So it was Super Bowl Sunday and I was either too preoccupied to notice or no one else was foolish enough to bring it up in front of me. I am neither totally naïve nor choshed b’kesheirim, so the annual football game was not on my radar, but I was vaguely aware that it was happening somewhere between two unknown teams.

However, what did shock me later was the fact that there was quite a bit of betting going on amongst Orthodox Jews. So maybe I’m naïve after all. I did take the trouble to look into the phenomenon and discovered that once again, the Yiddish phrase is right on target. “Azoy vi es christelt zich, azoi Yiddisht es zich.” This epigram has always predicted that whatever happens in the greater world community will eventually affect us as well. At the moment, beginning about a month ago, New York has joined about 30 other states that have legalized sports gambling either online or in person. People have gambling apps on their phones and it has become extremely easy to wager large sums on sporting events.

With all the problems society currently has, is this something we should be worrying about?

Some world studies have shown “a significant increase in young pathological gamblers” (New York Times Sunday Review, February 13, 2022, page 3). Many other studies have revealed that more and more people’s “lives have been ruined by sports betting.”

This may be a good moment to reflect once again upon the wide range of dangers inherent in the internet. However, that is clearly just a symptom of the overall problem. Even before these ruinous apps became available, billions of dollars were spent on the Super Bowl every year. In our community, while well-meaning individuals have helped their congregants and others avoid horrific half-time entertainments, even organizing davening and shiurim at that time, the main problem may actually be elsewhere.

I would like to be very careful here. The Meshech Chochmah (Parshas Noach) is strongly critical of those in ancient times who focused on the wrong problems for their criticisms and mussar. But I learned one important lesson from my rabbeim in rabbonus. If something comes my way, it is for a reason, either for me personally to correct my ways or to alert those to whom I bear some achrayus. For that reason, I would like to seize this moment to explore the Torah view of gambling in its many forms.

Rav Moshe Feinstein (Igros Moshe 9, Even Ha’ezer 3, page 197) discusses reasons that may invalidate a marriage because of prior conditions. He writes that the husband “had two great flaws…he was a gambler.” Clearly, besides the issues of disqualification as a witness and issues of theft associated with gambling, one who engages in these activities has a defect serious enough to possibly dissolve a marriage.  Furthermore, Rav Yitzchok Zilberstein (Chashukei Chemed to Bava Metzia 74a, page 307) discusses a case where children playing what seems to be an innocent game may actually be engaging in a youthful form of gambling. Although he rules that it may not fall into the technical category of gambling, it hovers on the precipice of betting and manipulating children into actually stealing from each other. Indeed, the Gemara (Sanhedrin 24b) makes clear that each party in a gambling situation fully intends to win. Taking the loser’s money is just as bad as holding a gun to his head, since he had no intention to lose these funds.

Interestingly, Rav Reuven Margulies (Margoliyos Hayam, ibid.) sees the Talmudic term for gambling, mesacheik bekuviah, as a basic reference to all things that are “crooked” and not yoshor. The Netziv (introduction to Haamek Dovor, Bereishis) explains why the first Chumash is called Sefer Hayoshor. He teaches us that the major trait – indeed definition – of our avos is that they were straight shooters, never engaging in anything that remotely smelled of impropriety, let alone dishonesty. For us, the halacha is absolutely clear. One should not even play-gamble with his own family, lest they all fall into the lure of gambling for profit (Yoreh Deah 160:8).

It is illuminating to note that the Rambam (Hilchos Eidus 10:4), in disqualifying gamblers from testifying in bais din, cites two reasons. One is that they have no other source of income and therefore make no contribution to society. However, he then adds that even if they are otherwise gainfully employed, the act itself is considered robbery and forbidden. The Ritva (Shabbos 149b) adds a fascinating rationale for forbidding gambling as a way of life. He writes that such people “have no understanding of how difficult it is to earn money [legally] and are thus prone to disrespect the ownership rights of others.” In other words, gambling often leads to a complete disrespect for private ownership, a malady we readily see in today’s society of “smash and grab” and in the descriptions of Chazal about the Generation of the Flood.

The Chofetz Chaim, in his Mishnah Berurah (222:22), gives us a metaphor for what is happening today in sports betting. He explains that even if gambling with one’s family is done for fun and games, it will eventually lead to full-scale gambling with the illusion that this is a valid form of parnassah. Sports betting, as well, is becoming an addiction along the lines of drugs and other habit-forming behavior. Chazal and the poskim saw long ago that these pernicious manifestations of the yeitzer hara begin innocently enough and metastasize into life-threatening conduct. Speaking of the yeitzer hara, as we know, he has many agents and reps out in the field. I am told that there are companies whose sole purpose is to lure people prone to these schemes into the labyrinth of GameStop stock, investing in NFTs and many other such traps. Let us return to our time-honored means of earning a living in a kosher fashion, which relies upon integrity and the brocha of the Creator.

Shlomo Hamelech, in his wisdom (Mishlei 25:16), teaches, “When you find honey, eat what is sufficient for you, lest you be satiated and vomit it up.” Chazal (Sanhedrin 106a) apply this posuk to the greed of Bilam, who saw a deal and immediately wanted to receive much more than it was worth. My rebbi, Rav Yitzchok Hutner zt”l, even applied this posuk to too much sweetness of Torah without taking the time to properly digest it (Pachad Yitzchok, Rosh Hashanah, Kuntrus Reshimos 2, page 226). All the more must we be tremendously wary of what seems to becoming quite prevalent in our circles. People are looking for get-rich-quick schemes instead of following time-honored methods of earning a living. In any case, it is extremely perilous to follow the masses in uncharted waters that our forefathers strongly rejected.

As we come up to Purim, it would be appropriate to remember that it was Haman, our mortal enemy, who suggested a lottery. It is Amaleik who claims that the world is haphazard and coincidental. As far as we are concerned, Hashem blesses our efforts when we act in complete honesty and with integrity. Gambling implies that we must take dangerous risks and chances, while the Torah teaches that Hashem can put a brocha into whatever we do, even when no unusual windfall seems possible. May Hashem truly put brocha into everything we do, while we follow in His ways and not the passing fads of the world at large.