Let’s All Put Away Our Toys 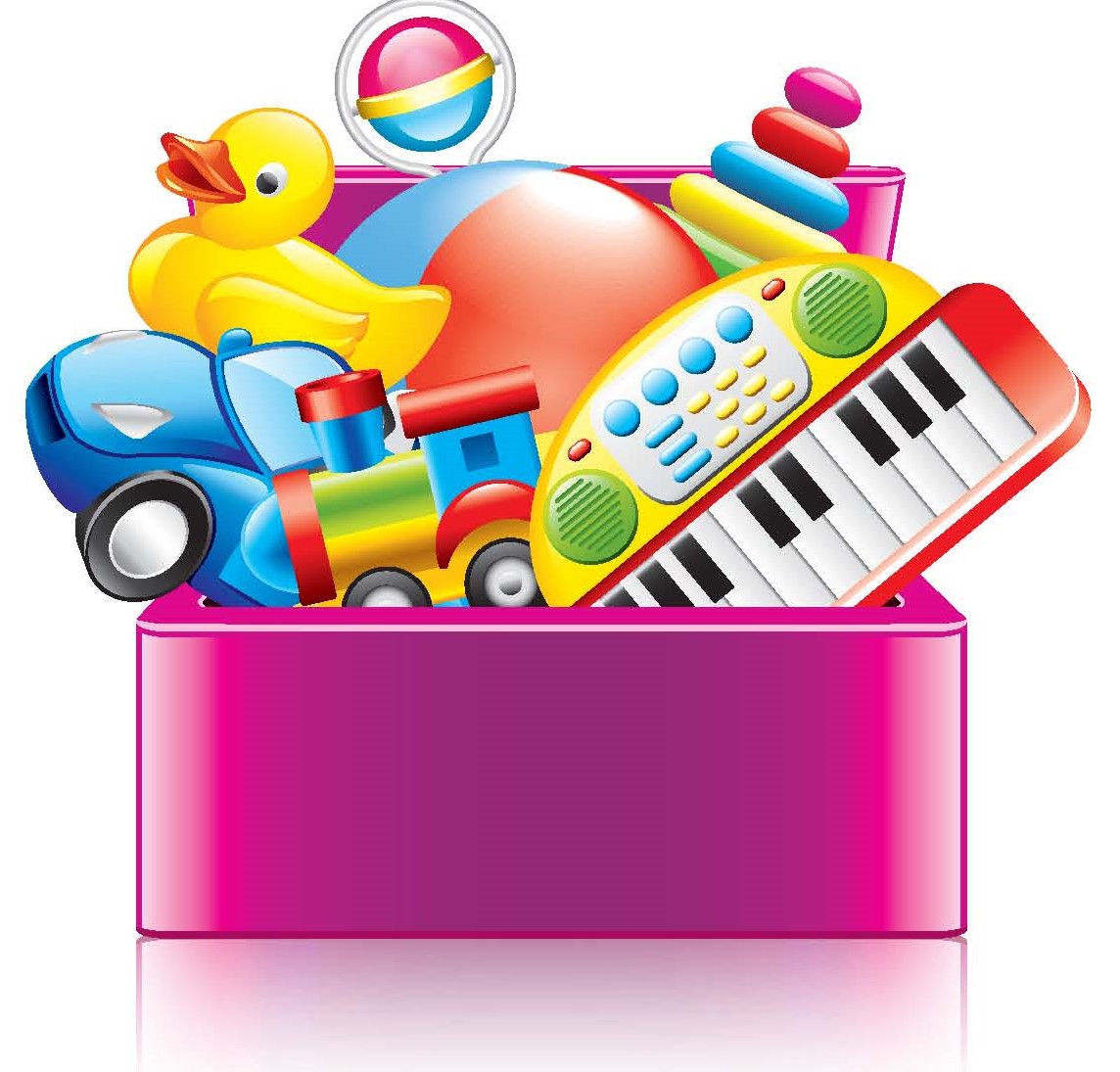 It is indeed a new world out there. Although Hashem’s world – as the publisher pointed out in this paper recently – is a beautiful one, there is another world that is dangerous and not so pretty at all. It is the strange dimension known as social media. It is an addictive and alluring world that has destroyed and at least mortally wounded many individuals and families.

Last week (July 7, 2019), the New York Times devoted two separate articles in one of its Sunday sections to this malady and how people are attempting to deal with it. Frightening new terms shout out at us – “digital detox,” “screen-time consultants for screen addiction,” “the queasy impotent shame zone [of social media]” and the “grim spaces” where otherwise sane people seem to exile themselves.

I must confess that I try to follow the writer’s rule of limiting my columns to things I know something about. Thank G-d, I have never been on social media, have no internet, and no interest in obtaining either. Yet, one cannot help but see – in restaurants, the park and other places – families sitting ostensibly together but each individual absorbed in their own device oblivious to their loved ones. I include in this the other intruder into our once tranquil family lives that is euphemistically called “answering e-mails.” Instead of listening to the live people near us, fathers, mothers and children are all exercising their hands to the probable point of thumb exhaustion. If this were not occurring in our world as well, I would breathe a sigh or relief and move on. But men cannot resist during davening – is everyone really texting the president? – and thousands are endangering lives texting while driving and even while crossing the street. What is happening here?

The Times reports that, just to give an example, one organization “The Parent Coaching Institute,” has hired “a network of 500 coaches and a training program” that charges up to $250 an hour for an average of 12 sessions. That would seem to be $3,000 to hear advice such as “Do you have a ball somewhere? Throw the ball… Kick the ball.” It would be hilarious if it weren’t so sad and even tragic. Yet, this newest of nemeses to humanity is very much upon us and certainly must be dealt with, although perhaps not by coaches and experts.

In the other article in the same issue, one writer relates that he deleted his Facebook, Instagram and Twitter, but “backslid” by installing various apps as substitutes. He recognizes that this is “self deception” but continues down the road until he commiserates with a fellow traveler and honestly concludes “we are not well.” Interestingly, some of the experts in “coping strategies” and “tech ethicists” resorted to “app sabotage” and even a kind of “home mashgiach” in the form of giving “his wife the password; she acted as a sort of phone-time trustee, doling out 20 minute chunks at his request and her discretion. On Twitter, he turned on two-factor authentication, which requires a code sent by text message to log in. Finally, he blocked Twitter’s number from his phone.”

Whew! Is all this really necessary just to say no? Well, we would like to believe that the rest of the world requires these elaborate protections because they don’t have a Shulchan Aruch and a Mesilas Yeshorim. But we do. However, as we all know, “azoi vi es kristalt zich azoi Yiddisht zich – whatever happens in the rest of the world, eventually reaches us as well.” We, too, are sadly suffering from the same disorder. Short of hiring these expensive coaches, what remedies do our sages have to offer us for these ailments of our time?

The first step must be to realize that in every generation there is a new yeitzer hara uniquely crafted to attack the frailties of that era. In fact, as Rav Tzadok Hakohein of Lublin (Pri Tzaddik, Vayishlach 4, Shemini 9, Rosh Chodesh II) and others have predicted, as we move closer to the epoch of total light, we will first have to experience the darkness just before the dawn. We should not despair from triumphing over this subtle but powerful illness, but nor should we treat it lightly either. As the Ramban (Devorim 30:6) reminds us, the period of Yemos HaMoshiach will be the time when the yeitzer hara will be eliminated forever, but first we are experiencing his violent death throes.

The Alter of Kelm once called his son to the window just before Kabbolas Shabbos. Many of the young children were happily playing with their various toys. “You see, my son,” he taught, “just as these children are playing with their toys, so is the entire world. The only difference is in the nature of the toys, but they are all playing games. When a person becomes older, he merely changes one plaything for another. Adults and children have the same yeitzer hara. To the extent that people do not uproot the childish inclination to give in to every urge and penchant, a person remains a child for life. We have been given a promise that if we constantly engage in calculating the fleeting pleasure of an act compared with its resulting destruction, we will be able to triumph in this world and the next” (see Pirkei Avos 2:1 and meforshim; Ohel Moshe, Vayikra, page 117).

A prominent person was once speaking in learning with Rav Moshe Feinstein zt”l and offered him a cigar. Rav Moshe thanked the man for the offer of a gift but responded that he had never put something into his mouth simply for pleasure.

Indeed, Rav Yerucham Levovitz zt”l (Daas Torah, Parshas Naso) writes, “I look at people who smoke as doing a childish thing.” This was, of course, before anyone knew how dangerous this action can be, so he was merely commenting on the immaturity of giving in to an act that provides only pleasure and nothing more.

Ironically, one of the writers quoted in the Times equates what he considers the evil of “using Apps on a browser…to make using Facebook or Instagram or Twitter—or even Gmail – a bit harder, and by most standards meaningfully worse. Think of it as app vaping: it still has nicotine.” The author means to dissuade us from falsely thinking that we have overcome the addiction to these media by switching their forms or venue. They are still toxic and deadly. The Alter and Reb Yerucham would contend that we are still being babies and still playing with our toys.

How do we force ourselves to mature and to so train our children as well?

The Yerushalmi (Brachos 9:5) teaches that there are two ways to deal with the yeitzer hara. Avrohom Avinu worked with him (hifshir imo), which the Pnei Moshe interprets to mean that he made peace with the yeitzer hara and turned his evil plans into something good. On the other hand, Dovid Hamelech “killed him in his heart.” Rav Chaim Pinchos Scheinberg zt”l (Derech Emunah Ubitachon, page 91) demonstrates that these are two ways to encounter the evil inclination. Sometimes we must destroy his machinations completely, and sometimes we can turn what he wants us to do into something permissible and even positive. It seems to me that if we take this matter seriously, we can win the battle by emulating Avrohom Avinu. If we set strict guidelines and time limitations on when we use properly filtered smartphones, we and not the devices will be running our lives. Our children will see that we do not pick up the phone at family meals, in shul or when someone is speaking. They will see that the yeitzer hara has neither enslaved us nor captured our souls. We are merely putting to good use another gadget that Hashem has allowed into His world. This, itself, will bring about a partial victory.

Rav Eliyahu Eliezer Dessler zt”l (Michtav M’Eliyahu 1:262) warns us that in our war with the yeitzer hara, we must be cunning and as devious as he is. We should not try to face him down, but to pacify him, as we learned from Rav Scheinberg. This can be accomplished through the strategies mentioned above. He will be happy that we are using his tools and devices, although the limits we set will reflect our quiet triumph over him. The moment that we use these implements without boundaries or restrictions, we have waved the white flag of surrender. Our children will know and in our heart and soul we, too, will realize that we have given away the store and soul as well. We can win this eternal battle by making sure that we never allow ourselves to be so captivated that we are actually captives. That is what most people in the world have already done. However, Hashem expects much more of us and we certainly have the ability to take charge. Let us know when to put away our toys and when to briefly take them out. That simple act can make all the difference in the world.