Last… But Not Least 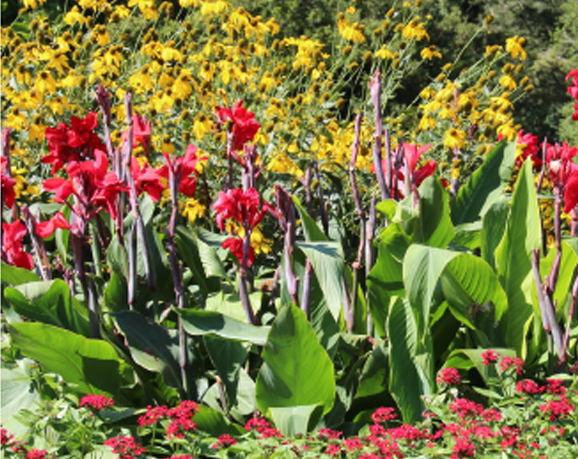 The well-known Medrash (Eicha 3:2, Pesikta 21:2, and elsewhere) relates how before Hashem offered the Torah to us, he asked all the other nations of the world whether they were interested in receiving His Torah. (He did this so that they would be unable to later complain that had they been offered the Torah, they might have accepted its responsibilities along with its privileges.) As the Medrash explains, each nation first demanded to know what the Torah expected of them. Upon hearing that they would be unable to continue in their criminal or depraved ways, they summarily rejected the Torah.

“He went to the bnei Eisav,” the Medrash relates, “and asked whether they would accept the Torah. ‘What is written in it?’ they asked. He told them, ‘Lo sirtzach. Do not kill.’” They responded that they lived by the sword and would not accept the Torah.

Hashem then went to Amon and Moav, the Medrash relates, and upon hearing that the Torah says “Lo sin’of,’ they, too, rejected it.

The bnei Yishmoel, after asking and hearing that the Torah prohibits thievery, spurned the Torah as well.

Only Klal Yisroel, the Medrash tells us, even after being told that there are six hundred and thirteen commandments in the Torah, did not ask what they might be, but rather proclaimed, “Kol asher diber Hashem na’aseh venishma. Whatever Hashem will say we will do and heed.”

This part of the Medrash is pretty well-known. It is interesting to note, however, that even after Eisav, Amon, Moav and Yishmoel, the Medrash tells us that “miyad chozar Hakodosh Boruch Hu al kol umos ha’olam velo ratzu lekabblah. Hashem then went to every other nation and none of them would accept the Torah.” Only after offering the Torah to every other nation besides Klal Yisroel did Hashem offer it to us and we accepted it.

Clearly, the Medrash singles out Eisav, Amon, Moav and Yishmoel – perhaps because those are or were the most well-known, populous or influential – merely as examples. The fact is that the Torah was offered not only to those nations, but to every nation on earth. Each and every one of them demanded to first know what was in it, and then, after hearing that they would have to change their lifestyle, ideals or principles, wanted no part in the Torah.

Only Klal Yisroel accepted Hashem’s Word “as is,” agreeing to fit our lifestyle to that of Hashem’s Torah, rather than seek to have it the other way around. We understood that whatever Hashem would command would be, without any doubt, the best thing for us. After all, Hashem created the world, created us, and created our wants and desires. If He – Who is all good, compassionate and loving – tells us to act or behave in a certain way, such behaviors or actions will undoubtedly bring us the most pleasure, joy and fulfillment possible. We thus gladly proclaimed, “Na’aseh venishma,” earning ourselves eternal reward. It is this proclamation that we renew again each year and celebrate on Shavuos.

Now, after the first few examples, the Medrash does not tell us which specific commandment or prohibition was told to each particular nation after which they rejected the Torah. We are merely told, in a general statement, that the pattern with Eisav, Amon, Moav and Yishmoel repeated itself with every other nation on earth as well. One can only imagine, though, how it may have gone with many of the others.

It is quite possible that there was a nation at that time, perhaps they were called the Medi’ites, who spent their every waking moment trying to find out about every last inconsequential occurrence happening in the world. Surely, even thousands of years before text blasts, hotlines and instant updates, there were people who spent most of the hours when they were awake finding out about things that made zero difference in their lives. Imagine what they must have asked when they were offered the Torah.

“It says you shall choose life. Every moment is a choice between wasting and killing it or using it and thus infusing it with eternal life.”

“Our very existence is one spent on meaningless trivialities,” the Medi’ites might have responded. “We cannot accept the Torah.”

Or imagine another nation, the Weedians, who preached love, brotherhood and acceptance with no preconditions whatsoever. They spurned discipline, believing that a child should be allowed to choose whatever piques his fancy at the moment. Heaven forbid that a child feel disappointed or saddened even for a moment.

“What is written in the Torah?” they would have asked.

“Chanoch lana’ar al pi darko. You must indeed understand a child’s nature, but you must provide chinuch and discipline nonetheless. Semol docheh veyemin mekareves. You must draw the child close even while laying down the law. Teach him to control his whims; don’t abandon him to his whims.”

“Sorry. Our very identity as a nation is one of permissiveness and meaningless love,” the Weedians would respond. “We cannot accept the Torah.”

“What does the Torah tell us?” the Peeristines surely asked.

“The Torah tells you how to dress, which behaviors are allowed and which lifestyles will bring you the most fulfillment and eternal reward.”

We mustn’t overlook the Corpylonians. A nation dedicated to opulence, corpulence and self-indulgence, the Corpylonians lived for pleasure and pampering. They subscribed to a belief system that stated that as long as it doesn’t hurt anyone else, why not indulge? An advanced society, they were indeed sensitive to others, but as long as nobody got hurt, their mantra was “Indulge, indulge, indulge.”

“What does the Torah say?” they must have asked.

“Kedoshim tihiyu. Perushim tihiyu. One may not overly indulge even in wholly permissible items. Doing so leads to emptiness rather than fulfillment and weakens one’s G-dly soul while strengthening his worst inner tendencies. One must exercise restraint even with that which is permitted.”

“We Corpylonians live to indulge,” they surely replied. “Our homes, our vacations, our affairs, our lifestyle, it’s all about extras, upgrades and luxuriousness. We cannot settle for anything less. We cannot accept your Torah.”

Scenes such as those above, and others like them, happened each time Hashem offered the Torah to every nation across the globe. None of them would take Hashem’s Torah, Hashem’s sacred blueprint for our eternal joy and happiness. Only we, only Klal Yisroel, said “Na’aseh venishma.”

We understood all this. We understood that only Hashem has our real best interests at heart, and we were thus willing to forgo any preconceived notions and to accept even the most difficult or uncomfortable tasks in exchange for what we recognized to be the key to true pleasure, true happiness and true fulfillment. On Shavuos, we said “Na’aseh venishma” and proclaimed our lives and our goals to be poles apart from those of the Medi’ites, the Weedians, the Peeristines and the Corpylonians.

We are not like them. They spurned the Torah; we accepted it. They embrace emptiness; we embrace meaning. Shavuos is the day we chose wisely. Little wonder it is a day of such celebration.