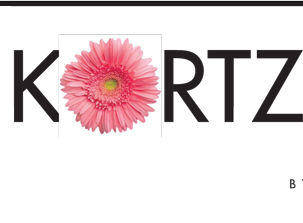 When he was but a child of four, the holy Sanzer Rov already knew the Taryag mitzvos by heart.

“Why did you choose to memorize the Taryag mitzvos?” he was asked.

The little tzaddik replied, “I discovered that a soldier must know all the commandments the generals declare by heart. Since we are soldiers in Hashem’s army, I want to know His declarations by heart.

“And what are these declarations? The Taryag mitzvos. Now that I know all the mitzvos ba’al peh, I can work on being a loyal soldier in the Ribono Shel Olam’s army.”

Torah And A Toaster

Rav Yechezkel Levenstein, the renowned mashgiach of the Ponovezh yeshiva, once saw that members of his household had purchased a toaster. When he opened the box, he saw a small booklet inside.

“What does it say in this booklet?” he asked.

“These are the operating instructions for the toaster,” his family explained.

Rav Yechezkel appeared very impressed, and announced, “Ah, Toras Emes!” Those around him wondered at his excitement, until the mashgiach explained:

“Look, even such a small, simple machine comes with its own booklet of instructions, explaining how it is used. Kal vochomer, when the Ribono Shel Olam sent man down upon this world on such a long journey, giving him a physical body, there are so many questions as to how he should behave. It is only logical that he was also given a book of instructions.

“The manufacturer, the Yotzer Ho’adam, gave us the holy Torah to teach us how to behave on this lowly world. Therefore, I announced ‘Toras Emes,’ with such ecstasy!”

The Medrash states that when Moshe Rabbeinu went up to shomayim to accept the Torah, the malochim wanted to interfere. Hashem caused Moshe’s face to assume the likeness of Avrohom Avinu, and He asked them, “Aren’t you embarrassed to start up with one in whose home you ate?”

The Alexander Rebbe repeated in the name of his father Rav Yechiel, “Hashem wanted to show the malochim that the Torah can only be given to those who possess good middos.

“Hakodosh Boruch Hu said to the malochim, ‘When you went down to the physical world, Avrohom Avinu hosted you with grace and gave you food. Yet when a human being comes up to shomayim, you want to harm him. This proves that you do not possess good middos, and are not worthy of kabbolas hatorah.’”

Learning Near
The Wood Pile

In his youth, Rav Eizikel Zidichoiver learned Torah in poverty and deprivation. He learned from morning until night, subsisting on a few dry crumbs of bread.

As long as the grocer was willing to give him bread on credit, everything was fine, but eventually the bill became too high and the grocer demanded payment. Having no choice, Rav Eizikel set out on a journey to bring parnossah.

For the next few weeks, the ben Torah traveled to Galicia and Hungary, where wealthy ba’alebatim who cherished the rare opportunity gathered funds for him.

Wherever he went, Rav Eizikel brought numerous candles in order to learn through the night while his host slept. He would ask for a private room so as not to bother anyone. Often, however, especially in the smaller villages, there was no private room available, so Rav Eizikel went into the wood pile room. There, he would take a board and put it on a basin, which became his table. Another overturned basin was his chair, and he would sit comfortably and learn until the morning.

If he was unable to go to the wood pile room, Rav Eizikel would simply make himself comfortable in the hallway, where he would stand on his feet and learn all night until dawn.

Rav Yosef Shaul Nathanson and Rav Zev Itinga were wealthy men who were able to learn Torah without financial worries. Since they didn’t want to waste time in business, they entrusted their fortune to a rich man to invest. The wealthy businessman promised to share the proceeds with them, fifty-fifty.

To their sorrow, the wealthy man cheated them and took their money, with no intention of repaying it. The two talmidei chachomim suddenly were left without a means of sustenance, which distressed them greatly.

When the holy Sar Shalom of Belz heard what happened, he sent his son Rav Yehoshua to comfort them. Rav Yehoshua asked Rav Yosef Shaul, “Did the loss create bitul Torah for you?”

“Of course,” replied the latter. “It is already a few weeks into the z’man, and I only learned eight hundred blatt of Gemara.”

The Belzer Rov would relate this to his children with awe.

To Borrow A Sefer

The Divrei Chaim of Sanz did not own many seforim. Whenever he needed a sefer he didn’t own, the rebbe would borrow from an acquaintance or from his sons.

The children once asked him, “Tatteh, you give away so much for tzedokah; why don’t you buy seforim?”

“Seforim can be borrowed, but mitzvos cannot,” the rebbe replied.

How Can He Sleep?

Once, on Shavuos afternoon, the mother of the Ahavas Yisroel of Vizhnitz begged him to lie down for a nap.

To which her young son replied, “Mama, please don’t ask this of me. How can I sleep on Shavuos when the holy Sanzer Rov did not sleep for two days and two nights of yom tov?”

The Tzelemer Rov was known as a humble tzaddik who strove to hide his spiritual elevation so that many were unaware of his tzidkus. However, there were times when he was in such a lofty sphere that it was impossible for him to hide his dveikus. One of these times was on Shavuos, during the reading of the Aseres Hadibros.

However, those standing close to the rov while the Aseres Hadibros were read later said that the Rov held onto the bimah so tightly, trying to contain his dveikus and the fire that burned within him, that he nearly broke the wood of the bimah!

The Minchas Elazar of Munkatch related that Rav Zev of Lemberg, a talmid of Rav Uri of Strelisk, became seriously ill shortly after Shavuos. He was so weak that it was hard for him to swallow solids. The doctors begged him to try and taste a morsel of food.

“At least eat some light, sweet foods,” the doctor begged. “They will help you recover.”

“How can I eat?” cried Rav Zev. “On Shavuos, during pesukei dezimra, I said the words ‘mesukim midvash venofes tzufim.’ When I began to contemplate on how sweet the divrei Torah were, I became nauseated from food, and lost my appetite for sweets.”

All In A Meal’s Worth

The Tzemach Tzedek would hold a tish on the first day of Shavuos, called Shulchan Niglah, the revealed tish.

During this meal, the rebbe would host many rabbonim who did not come to him for the other yomim tovim because they were busy with their kehillos. At the milchig meal, the rabbonim would ask the shailos that had accumulated during the year. In the span of less than an hour, without hesitation, the Tzemach Tzedek would answer them all.

With Fear And Trembling

Rav Shlomo Leib of Lentcha once repeated the following vort from the Yid Hakodosh on Shavuos:

“Why do we have the minhag of not saying any Torah on the night of Shavuos during the seudah? Because ‘derech eretz kodmah latorah,’ and it is not derech eretz to say divrei Torah if we will only receive the Torah the following day.

“So what should one do tonight? One should prepare for kabbolas hatorah with eimah and yirah.”

When he said these words, the rebbe was consumed with such yirah that all his limbs began to shake, and he held onto the table for support. The guests began to quake in fear, and several chassidim escorted the rebbe to his chamber. After the rebbe rested in bed for several minutes, he was able to come back to the tish to resume the shmuess.

The Shinever Rebbe had a minhag to serve kreplach to his chassidim during the milchig meal on Shavuos. It was accepted among the devout chassidim that the kreplach symbolized children who would become talmidei chachomim. As many kreplach as one received, that’s how many distinguished children one would merit.

One year, a Rov from another kehillah was at the tish, and, having heard of the minhag, demanded kreplach from the Shinever Rov.

The Shinever became angry. “Am I a kreplach cook? Go to the kitchen, and they will give you as many kreplach as you need.” The chassidim became filled with awe and fear, and no one dared ask for kreplach.

After a while, the Shinever turned to Rav Elya Katz of Raslovitz, and said, “You want three kreplach? Nu, here are three.” Rav Elya was later zocheh to three distinguished sons, all talmidei chachomim and rabbonim, among them the Riskaver Rov of Bnei Brak.

The Klausenberger Rebbe explained why we eat kreplach on Shavuos.

Kreplach are made by taking sweet cheese and stuffing it inside a piece of dough which is tightly closed on all four sides. If a small hole remains, all the cheese will run out during the baking process.

From here we learn that one who hides his Torah knowledge and does not boast about his abilities will merit having the Torah remain within him.