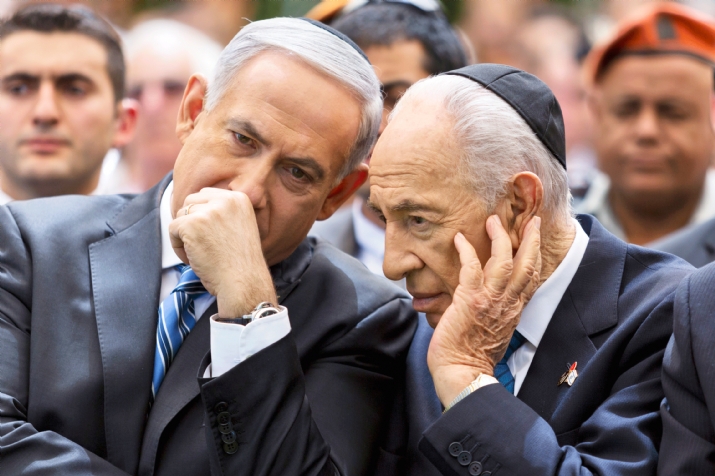 This past Monday, the Knesset's three month summer session began on a bad footing as the government voted down seven motions of no-confidence against Finance Minister Yair Lapid's draconian plans to reduce Israel's 35 billion shekel deficit. MK Meir Porush claims that if Israel's 2013-2014 budget is authorized, over a million chareidi children will be in danger of going hungry. DRACONIAN MEASURES Hours before Monday's Knesset session, Lapid presented Prime Minister Benjamin Netanyahu and Bank of Israel Governor Stanley Fischer with his new budget that aims to erase Israel's 35 billion shekel deficit by cutting 26 billion shekels from the budget and raising taxes by 17 billion shekels within the biannual budget of 2013-2014.

“Saying we have to help the less fortunate without explaining where the money will come from is not policy, it’s empathy, and empathy can’t replace policy,” Lapid said. “Anyone who studies this budget plan will find that it represents hope.”

A Bank of Israel statement said that Bank Governor Fischer “supports Minister Lapid’s financial plan and was impressed by the responsibility and resolve Lapid’s moves show.”

The Knesset debate was opened by MK Rabbi Meir Porush representing both UTJ and Shas.

He began by saying that many of the government’s leaders were inexperienced and more interested in creating a populist public image than running the country.

“Why am I expressing no-confidence in the government?” he said. “Because to our sincere sorrow, the heads of government are inexperienced… We have people whose main interest is to have good mug shots in the electronic media. This is what primarily concerns them in their daily schedule.”

Porush blasted Lapid for reneging on his promise not to raise taxes and complained that many members of the government were deflecting attention from the country’s real problems, Iran and security, and instead concentrating on the question of chareidi enlistment, turning it into a government built on “hate, hate, and hate.” Regarding the question of chareidi enlistment, he cited a report that the major reasons for decreased enlistment in the army are Israel’s low birth rate and a decrease in immigration to Israel. He concluded by saying that the coalition agreement was designed to take the bread out of children’smouths.

“People sitting in kollelim and yeshivos receive a stipend from the government,” he said. “In the past, there were arguments how much they would receive. But now, clauses in the coalition agreement between Yesh Atid and Likud aim to take the bread from the mouths of small children in homes where a father is in yeshiva or kollel.”

Lapid answered the opposition’s speeches with a violent attack against the chareidim.

“I understand you’re going through tough times,” he said. “I heard Porush’s speech where he spoke about the intent to increase taxes because of the deficit. But weren’t you sitting in the government which created the deficit? Were you on Mars? You were in every government for the past thirty years. My job is to fix the deficit you made.”

“You were impudent enough to come here and say the main issue in Israel is the security issue and that you’re worried over the drop in the enlistment rate,” he said. “You are worried? I want to tell you, sir — don’t worry yourself. This government will take care that. There’ll be plenty of new recruits right out of your backyard.”

Lapid’s aggressive speech was constantly interrupted. When Gafni urged him to leave off chareidi bashing and address the country’s financial issues, Lapid arrogantly responded, “I’m not asking you what or what not to talk about. I don’t take orders from you. The country has stopped taking orders from you. That’s why you are no longer head of the monetary council.”

Addressing Porush’s complaint that Lapid was taking bread from children’s mouths, Lapid hinted that the chareidim are to blame for having too many children.

“Our duty is to make sure no child goes hungry,” he said. “But I want to remind you of something else: The people responsible for providing for children are their parents. When you bring a child to this world, MK Porush, you’re the primary person responsible for him.”

At this point, Yisrael Eichler of UTJ interjected, “Don’t steal money from children!”

Lapid responded by attacking Eichler for his earlier call for a chareidi tax rebellion in response to the threat of yeshiva student enlistment.

“MK Eichler, I heard you called for a tax rebellion… What will you threaten next, that chareidim will not enlist?” he said. “We have set aside 200 million shekels for social benefits to ensure that there is no hungry child in the State of Israel.”

“Did you get a heter from your party’s rabbi to write on Facebook on Shabbos?” he ironically queried.

To Zahava Gal-On of the Meretz Party’s condemnation of lack of progress in the peace process, Lapid had a barbed gibe.

“The Israeli-Palestinian conflict has been going on for 150 years. I’m sorry we didn’t solve it on our first week in office,” he derisively replied.

Responding to Lapid’s speech, MK Moshe Gafni charged him with evading the point by attacking the chareidim instead of addressing the country’s financial issues.

“I say to the chareidi delegates, don’t argue with Lapid about the chareidi question anymore,” he said. “I know one thing. When he speaks against chareidim it’s sign that he’s under pressure. He’s reached a stage that he can’t discuss something objectively and needs to make personal attacks.”

After the Knesset session, Eli Yishai of Shas responded ironically to Lapid’s charge that chareidim were responsible for Israel’s deficit.

“I heard Lapid’s speech this evening,” he joked. “I would like to apologize to you and the whole Israeli public and admit: I am responsible for the country’s deficit! Who do you think funds my flights overseas, five star hotels which all chareidim stay in,and a Mercedes at the door? It’s all at your expense. Over the years, I, my family and neighbors, and all chareidi society have unlawfully helped themselves to the public purse. Yair, your slick, arrogant speech has led me to confess everything. How did you manage to uncover so quickly what we tried to hide under various strange and inflated clauses related to defense, benefits for various industries and taxes and the like? We almost got away with it until you came today and revealed to all that we are essentially the rich ones in the country.”

Lapid’s budget has also raised tempers in other quarters. Farmers say that imposing value added tax on vegetables “would deal a catastrophic blow to families from the lower and middle class. Imposing VAT on produce means an 18% price hike on something that makes up over 20% of the average family’s food budget. Minister Lapid is proving that instead of finding creative and serious ways to reduce the deficit he thinks that money grows on trees.” The Israel Builders Association warns that cutting infrastructure budgets will cause housing prices to soar.

Lapid is a dangerous person. A sign of his successful secularization of Israeli politics came from an unexpected source when Time magazine named him as one of the 100 most influential people in the world this year due to his “forging a government without Israel’s powerful religious parties,” and his expectation “in the next election, to defeat his current boss – assuming Netanyahu runs again – and become Premier.”

Naftali Bennett’s alliance with Yair Lapid during the coalition talks led to the exclusion of the chareidim from the government which casts serious doubts whether his Religious-Zionist party represents the religious interests of Israeli society. Last Thursday, the party’s non-religious leanings were sharpened with the launching of a non-religious branch of the Habayit Hayehudi party following “the success of the last elections” in order to “examine the future collective labeling of the party and to prepare for the future.”

Speaking to an audience of over 200 people, Bennett praised his partnership with Lapid, calling it a 70:70 arrangement – 70% of the public agreeing to 70% of mutual issues.

Professor Asher Cohen, who studied Habayit Hayehudi’s election results, spoke of the change in the party’s electorate. In most voting booths throughout Israel, religious or otherwise, there was an average 2.5 increase in voters over the previous 2009 elections. Overall, 4-5 of Habayit Hayehudi’s 12 seats came from the non-religious sector.

This was because “Bennett spoke not of halachah but of Judaism,” Cohen explained. “Not of religion, but of culture, not of Orthodoxy but of Zionism. He was an Israeli. The non-religious voter said to himself, ‘I can visualize such a person accompanying me during army reserve duty. The fact he has a kipah on his head doesn’t matter.”

During Netanyahu’s visit to the home of Rav Ovadiah Yosef to be menachem avel, Rav Ovadia told the premier, “I am a grieving father and I lost a son who was a talmid chochom, but I am more pained by the gezeiros that have been enacted against the yeshivos [by your government].”