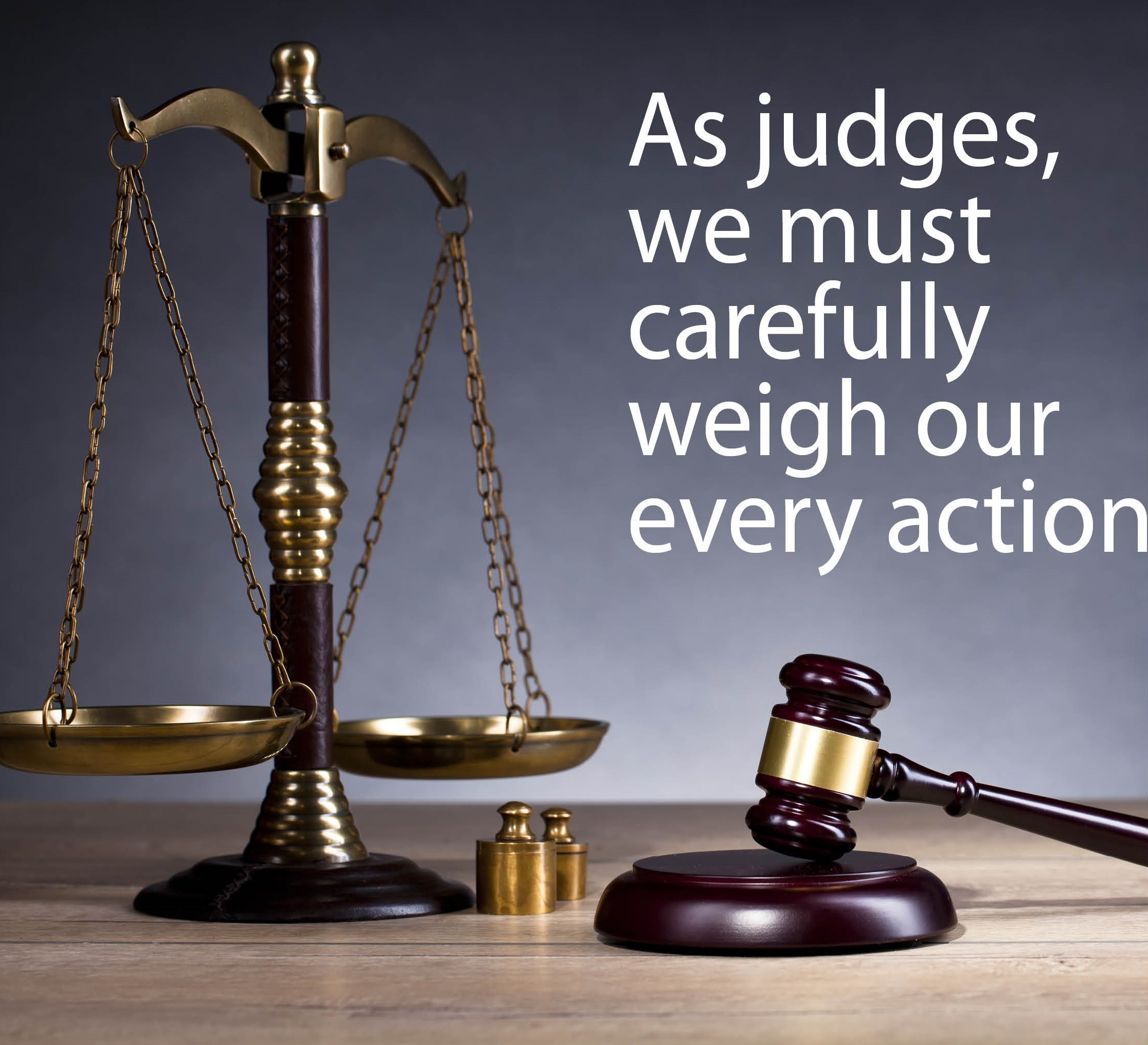 For the past month, we have satiated the body. Now the time has come to do the same for the soul.

The calm, warmth and light of summer replaced the tension, cold and darkness of winter.

We stand now at the juncture of the past and the future, energized by a new vitality to venture into the month of seriousness and introspection, the month that plays a vital role in leading us to life and joy, the month of Elul.

Since the Jews repented for the sin of the Eigel, Elul has been endowed with extra heft as a month of self-improvement and the ability to become closer to Hashem. When Hashem responded positively to the pleas of Moshe Rabbeinu, Elul became for all time a period during which our attempts to return are more readily accepted.

Aveiros create a distance between us and the Creator. Teshuvah removes the stain of sin and enables us to return to Hashem’s embrace.

The carefree days end with the approach of Elul, as we embark upon a period of increased foresight and thought.

The Gemara in Maseches Bava Basra (78b) asks about the definition of the posuk (Bamidbor 21:27) which states, “Al kein yomru hamoshlim bo’u cheshbon,” explaining that it means that those who rule over themselves say, “Let us make the proper calculation,” before undertaking any action.

Those who rule over their yeitzer don’t allow themselves to be guided by impulse and fleeting temptation. Rather, they consider the reward of doing a mitzvah, as opposed to the loss incurred by sinning. A person who lives his life in that way will not fall prey to contemptuous actions, and will lead a life of value and success.

This explains the statement by the Alter of Kelm in his sefer (vol. 1:121) that at the root of mussar is cheshbon. It is also the basis for the teaching of the Maharal (Droshas Shabbos Shuvah) that a person who is considerate about his actions will not sin.

How do we approach Elul, and from where do we learn how to make the required calculations?

As with all halachos, to gain an understanding of the halacha, the best and first place to go is the Rambam’s sefer Mishneh Torah.

One Elul, Rav Nota Freund of Yerushalayim went with a kvittel to the Husiatiner Rebbe, asking to merit true and complete teshuvah. After the rebbe read the note, Rav Freund asked how he could attain that teshuvah.

The rebbe told him that to achieve a true and complete teshuvah, it is incumbent to study Hilchos Teshuvah of the Rambam. He explained that the Torah, which discusses every mitzvah, is the root of each mitzvah’s existence in this world. The power of teshuvah is thus accessed by studying its halachos and basis in Torah.

By studying the halachos of teshuvah as clearly laid out and explained by the Rambam, it is possible to arrive at a deep understanding of the process, thus making it is easier to repent.

Through studying the succinct, direct and information-laden words of the Rambam, we gain an appreciation of the weight of a mitzvah and the destruction caused by an aveirah, as well as the cheshbonos involved with each. It is impossible to undertake even a cursory study of his words and not be emotionally affected and spiritually uplifted.

The Rambam’s captivating words touch your soul and leave you ready to quietly undertake heroic acts to mend your ways and live a holier life. Aspirations for professional success, as well as for fame and fortune, fall to wayside as you become swept along by the beauty of his words and clarity of his arguments of living a richer, fuller and better life.

The spirit of the mitzvah envelopes the student, and as he learns one halacha after the next, a holy spirit overtakes him and he finds himself going from being petty, uncharitable and rigid to selfless, patient and honest.

It is no wonder that a custom developed in Lithuania to study one perek of the Rambam’s Hilchos Teshuvah at every Shabbos meal between the week of Shabbos mevorchim chodesh Elul and Yom Kippur.

This is something that each of us can do. If before we act, we would think about what we are doing, whether good or bad will come of it, and for what purpose we are doing it, we would become better. If we’d consider that by saying something, we will be entering into a machlokes needlessly, then why utter the statement? Our brilliance may amaze others for one minute, but they will quickly forget how smart we are and be left with a sour feeling about our uncaring personality and we will have gotten ourselves involved in a fight. That could have been prevented had we given thought before our utterance.

We can do something that may bring momentary happiness, but when we look back at the time, energy and money we wasted pursuing a fleeting passion, we realize that had we thought whether we were accomplishing anything, we would have spent our time in a beneficial way.

A person can be on a diet, seeking to lose weight to improve his blood pressure and cholesterol and gain better health. He goes every day to the gym and works out. He also abstains from certain foods. But then, one day, he is invited to a barbecue, and in a bid to be cool, he wallops a steak and a few dogs and chips. He just set back his agenda, and by the time he needs to pop another pill to get his pressure down, the tempting flavors and smells of the barbecue are long gone.

Life is a test of wills, and to the degree that we follow the urge to do good, we are good. But if we let go and fall prey to the urges that ignore the good in favor of the temporal, then we lose out every time.

This translation follows the Vilna Gaon (Chiddushei Aggados), who explains that the word “shoftom” is used to signify that the yeitzer is like a shofet, a judge, who decides how people should conduct themselves.

What is interesting is that we see from here that nothing that a person does happens by itself, just because. Everybody is led by a yeitzer. If he is a good person, then he follows his yeitzer tov, and if he is an evil person, then he is led by the yeitzer hora. Beinonim vary; sometimes they follow the yeitzer tov and other times the yeitzer hora. Nothing that we do is just pareve. Our actions are either good or they are not good. Our task is to ensure that we don’t permit faulty considerations to mislead us into following the yeitzer hora and doing actions that are silly, wasteful and wrong.

This week’s parsha of Shoftim begins with the commandment to appoint shoftim, judges, and shotrim, enforcers. For centuries, darshonim have been thundering during the second week of Elul that the posuk refers to us.

To follow the terminology of the Gaon, we can say that the posuk is telling us that we have to be able to judge each act and properly determine whether it should be done or not. Even when it is difficult for us to act on the judgment, we must be able to force ourselves to do what is proper. We shouldn’t be doing anything that a proper judgment would determine to have no beneficial value.

The pesukim continue with the injunction to judge properly, not to twist a judgment and not to accept bribes even when reaching the right decision, for doing so will lead to corruption and improper understanding. The Torah refers to judges who are ruling on cases, but the inference to our own actions is there as well. We must not let ourselves be led astray and be affected by accoutrements that subvert our equilibrium. “Tzedek tzedek tirdof.” We must always pursue what is right and just, as a people, as a community, and as individuals.

Take a look around and see what happens when justice is perverted, when prosecutors are corrupt, when policemen are afraid to police, and when judges twist the law. See a country torn apart, with a president under investigation since the day he was elected. See what happens when politics determines who goes free and who faces dreadful sentences. Look at a city like Chicago, where there is no order in certain areas and dozens are shot as a regular occurrence, yet murderers don’t face justice.

People who fail to judge and police themselves face the same outcome. That’s why Elul is here. It is here for us to grab a hold of ourselves and pronounce, “Tzedek tzedek tirdof.” We must straighten ourselves out, act properly, be good and do good.

The parsha concludes with the halachos of the eglah arufah. If a person is found dead outside of a town, the elders and judges of the town, along with the kohanim and levi’im, must proclaim that they had no hand in the death of the person. They didn’t see the dead man walking in their town and not offer him food and seek to care for him. They vow that they had no remote role in his death.

Perhaps this week, as we read and study the parsha, let us contemplate people who have been wronged, misjudged, don’t get a break and are abused and mistreated, and let us vow to do what is right and proper. Let us stand up for the ones who have no one to stand up for them. Let us fight for what is right.

Let us do what we can so that every child has a place in a school where they belong and that every child, rich or poor, smart or not-so-smart, healthy or not, receives a proper environment in which they can grow and excel.

Let no person feel that nobody cares about them, that they aren’t worth caring about. Let no one feel that they are just strangers passing through. Let us be among those who work to ensure that no one goes to bed hungry and sad.

May we merit the brachos the Torah reserves for those who do what is right and just: “Tzedek tzedek tirdof, lema’an tichyeh veyorashta es ha’aretz.”