The Joyous Tefillos of Purim 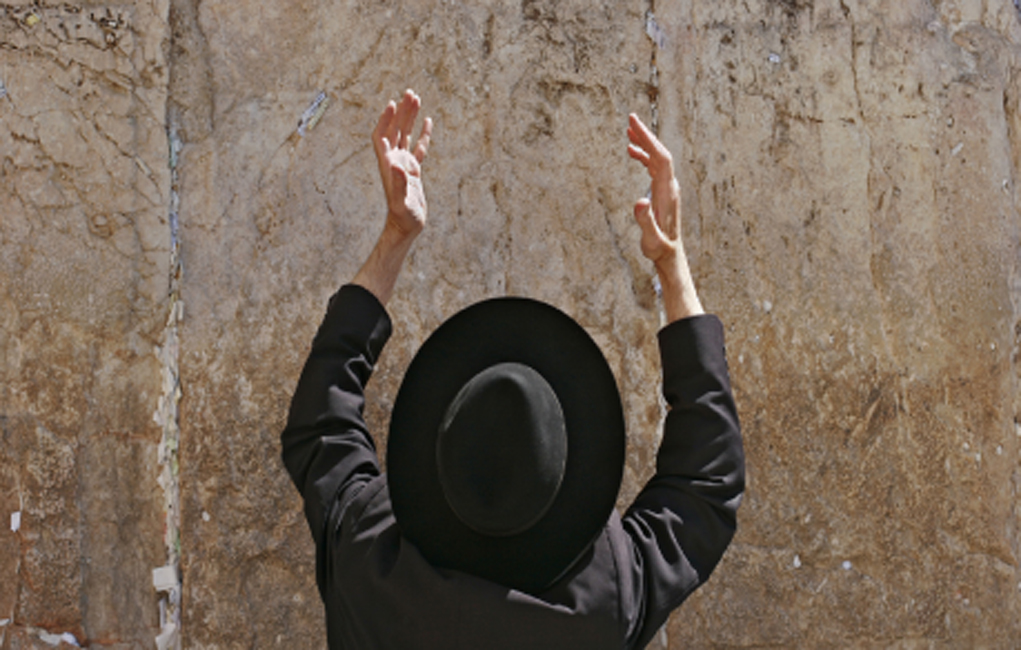 It is obvious that Purim has a great deal to do with davening. The Megillah (4:1) itself tells us that when Mordechai heard the terrifying decree of Haman, he “went out in the midst of the city and cried a loud and bitter cry.” The Targum understands this to mean that he davened to Hashem for his nation. Later, when Klal Yisroel accepted Purim as an eternal Yom Tov, the Megillah (10:31) reveals that “they had confirmed upon themselves and their posterity the matter of the fasts and their zaakosom, lamentations,” clearly a reference to their successful prayers.

Chazal and our later sages are even more direct in attributing the triumphant events of Purim to the power of tefillah. The Gemara (Megillah 11a) states that the salvation of Purim happened as a result of the proclamation of the posuk, “For which is a great nation that has a G-d Who is close to it, as is Hashem, our G-d, whenever we call to Him?” (Devorim 4:7). Many seforim (for instance, Yemei HaPurim, page 391) see this as the source for the Rambam’s powerful declaration that “[the rabbis] commanded us to read the Megillah at the proper time to praise Hashem for the deliverance He granted us by answering our prayers, so that we should bless and extol Him. This is in order for us to notify future generations that what the Torah has promised us is true, that ‘we are a great nation who has a G-d Who is close to it…whenever we call to Him” (introduction to the list of mitzvos at the beginning of the Mishneh Torah).

Mordechai himself is identified by Chazal as a man of prayer. He is introduced in the Megillah (2:5) with reference to his ancestors, Yair, Shimi and Kish. The Gemara (Megillah 12b) expounds each of these names as an aspect of Mordechai’s avodas hatefillah: “Yair means that he enlightened the eyes of Klal Yisroel with his prayers. Shimi means that [Hashem] heeded his prayers. Kish means that he pounded on the gates of mercy.”

My rebbi, Rav Yitzchok Hutner zt”l (quoted by his son-in-law, Rav Yonasan David, Kuntres Mesibos Purim, page 50) pointed out that it is puzzling to praise Mordechai for banging on the doors of heaven after it has already been established that G-d heard his prayers. Another cryptic reference to the uniqueness of Mordechai’s tefillos is alluded to in the prayer known as Asher Heini, which we recite after the nighttime Megillah reading. We conclude our gratitude to Hashem with the words “ra’isa es tefillas Mordechai v’Esther – You saw the prayer of Mordechai and Esther.” A number of gedolim have pointed out (ibid., page 25, and Yemei HaPurim, page 394, footnote) that prayers are usually heard, not seen.

In order to answer these questions – and simultaneously enhance our own Purim tefillos – we must delve more deeply into the intricate relationship between Purim and prayer. The Medrash (Shemos Rabbah 38:5) asks, “What brought Mordechai to this greatness? The answer is his constant praying. Even after he attained prominence, he did not become arrogant and he never ceased praying.”

Rav Nosson Wachtfogel zt”l, mashgiach of Bais Medrash Govoah in Lakewood (Leket Reshimos, Purim, page 122), explains that the Medrash is teaching us that prayer is not a means of achieving an end such as salvation. It is an end in and of itself. Even – and perhaps especially – the colossal events of the Megillah only happened to inspire Klal Yisroel to pray with feeling, kavanah and total devotion.

Rav Wachtfogel goes on to teach that when Esther went uninvited to Achashveirosh’s chamber, Chazal (Megillah 15a) tell us that she recited Tehillim kappitel 22, which includes the heartfelt words, “Keili Keili lama azavtani – Hashem, Hashem why have You forsaken me?” These words, Rav Wachtfogel revealed, are especially powerful when recited on Taanis Esther to nullify a terrible decree (see, also, Kav Hayoshor, chapter 97).

Rav Wachtfogel related that during World War II, as Europe was engulfed in flames, Rav Mordechai Shulman, the Slabodka rosh yeshiva, was in Lakewood for Simchas Torah. He danced for hours, with great simcha, to the tune and words of Keili Keili. Later, when it was discovered that his entire family had been miraculously rescued, it became manifest that a prayer offered with joy, despite the dire circumstances, can achieve wonders.

Interestingly, when Rav Wachtfogel used to put his grandson to sleep, he would sing to him these moving words, a song that merges the yearning of the ages for salvation with the joy of knowing that Hashem is always listening to our prayers and hears our pain/

We may now return to our unanswered questions. Rav Hutner answers the question regarding why Mordechai’s names conclude with his knocking on the doors of heaven even after his prayers have been answered by raising another issue concerning the interaction between Mordechai and Esther. Mordechai wears sackcloth and ashes, but Esther sends him regular clothing. “What was she thinking?” asks Rav Hutner. “Did she think that Mordechai didn’t own any respectable clothing?”

He answers that Mordechai and Esther were actually engaged in a cosmic debate about how to approach the life and death situation facing them. There are essentially two types of prayer available to a person. One is classic supplication, wherein a mere mortal beseeches G-d for help and implores mercy. The second, which is only available to very great people in extraordinary circumstances, is actually almost making a demand, such as that of Choni Hamaagal (Taanis 23a), who declared, “I will not move from this spot until I am answered.” Mordechai approached in sackcloth as a supplicant, but once Esther heard from Mordechai that “relief and deliverance will come to the Jews,” no matter what, she concluded that a more forceful approach was in order. This required “royal clothing” to deal with royalty. Now Mordechai, too, accepted this mode of prayer and “banged on the door of heaven” like Choni Hamaagal.

Let us offer an example of this Choni Hamaagal form of davening, perhaps not coincidentally mentioned in a sefer about Purim (Otzros HaTorah, page 264, quoting Toldos Yaakov). The Chazon Ish’s two-year-old sister was deathly ill, given up by her doctors, and the chevra kadisha had already lit candles and were saying Tehillim for her neshamah, which they were certain was about to depart her earthly body. The Chazon Ish, however, refused to stop davening, declaring that the halacha is that “even if a sharp sword is resting upon a person’s neck, he should not despair of obtaining heavenly mercy.” After his storming the heavens for several hours, the little girl suddenly awoke from her apparent coma and completely recovered. She later married the Steipler Gaon zt”l and, of course, gave birth to Rav Chaim Kanievsky. Surely, the Chazon Ish’s prayers for her were of the second, Choni Hamaagal variety, a kind apparently introduced into Klal Yisroel by Esther Hamalka, just as Chana had introduced the kind of silent prayer we have become accustomed to in our Shemoneh Esrei.

This concept also answers the Asher Heini issue. Why do we declare that Hashem saw the prayer of Mordechai and Esther? The answer is that Hashem, kevyachol, accepted their strong assertion that Klal Yisroel deserves to live and survive. Rav Dovid Cohen, rosh yeshiva of Yeshivas Chevron, concludes (Yemei HaPurim, page 394) that “Hashem saw that Yaakov does indeed triumph over Eisav because his voice overcomes Eisav’s hands. This was not merely a prayer of supplication. It was a triumphant statement of who we are compared to who they are. All of this flows from the Maharal’s statement (Ohr Chodosh, page 68) that “the rescue of Klal Yisroel in this particular redemption came from the power of prayer wherein we were victorious over Amaleik, as the Medrash (Bereishis Rabbah 65:16) teaches that “if the voice of Yaakov [is functioning properly], the hands of Eisav are powerless.” This can be proven from the war with Amaleik (Shemos 17:11), where the Targum interprets “the hands of Moshe” as the hands raised in prayer, which triumph over Eisav’s hands, which are raised in war. This great victory resulted in an eternal simcha, because Klal Yisrael emerges from Purim not as a beggar hoping for a scrap, but as a legitimate royal child of the King. This may also be one explanation of the use of King in the Megillah as a substitute for the name of Hashem. The Megillah is about Klal Yisroel rediscovering its own royalty and stature even in the midst of exile and subservience to others.

Beginning with Taanis Esther and continuing through Purim itself, it seems that we may access and evoke the opportunity to knock loudly on heaven’s gate. Of course, we must prepare properly, our trust and belief in Hashem absolute and unshakable. Our tefillah must be, as best as we can, as pure and powerful as that of Mordechai and Esther, or at least free of ulterior motives and agendas. Then, with the kedushah of Purim on our side, we can hope that Hashem will see that our prayers are worthy of His attention and positive response. That can hopefully bring us the personal yeshuos we need and the ultimate geulah speedily in our days.