It’s all About Middos 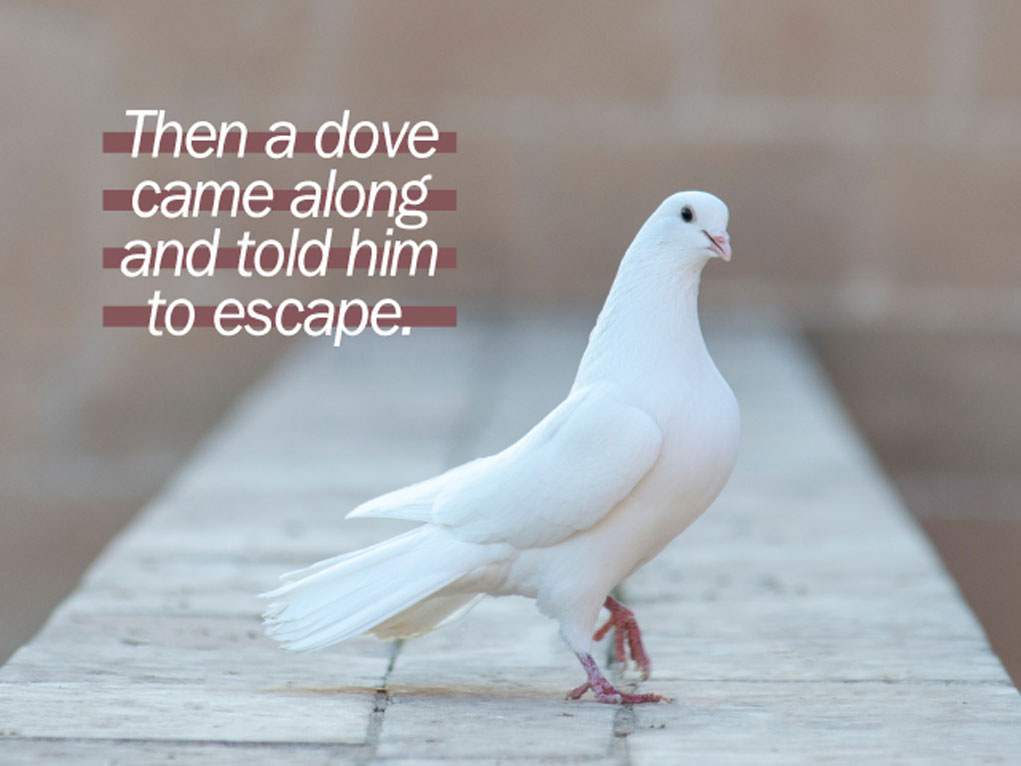 It is a well-worn truism that people hear what they want to hear. People can be having a conversation about a specific topic, and each participant will take have a different understanding of the conversation. Each one will think that the other person said something different from what he said. Based on prior experiences and biases, people inflect and arrive at conclusions that they are convinced are the truth, without recognizing that they totally misconstrued what the other fellow was saying.

Is it their fault? Is there something they can do to prevent hearing what they want to hear instead of hearing what was really said?

The Steipler Gaon wrote a letter to Rav Moshe Mordechai Shulzinger (Peninei Rabbeinu Ha’Avi Ezri) pertaining to Korach and how he came to deny the validity of the Torah. In it he writes: “If a person sinks with sin, or a ruach tumah comes over him through eating non-kosher foods and the like, that will bring him to kefirah. Also, if a person is tempted by something the Torah forbids, he will come to be a kofer to enable him to fulfill his desire and then he will sink continuously further.

“This is what happened to Korach. Because his pride was hurt when he wasn’t chosen for the position he coveted, he became angry at Moshe. In order to take revenge on Moshe and defeat him, Korach descended to kefirah and then found arguments and complaints with which to depose Moshe. This happened because when a person’s bad traits – middos raos – take over a person’s actions, they compromise his thinking ability and take over his thought process [and he is unable to think and perceive things properly].”

Thus, while Korach began as a tzaddik who had witnessed the many miracles Hashem performed through Moshe Rabbeinu, when the temptation for kavod affected him, it completely took him over and he sunk to the depths of depravity.

It is all about middos.

We always viewed middos as things that pertained to behavior and the way a person deals with other people. But the Steipler enlightens us that middos affect not only the way we act, but also the way we think. If we want to be able to think clearly and be able to reason intelligently, then we have to improve our middos.

We can have everything going for us. We can have impeccable pedigree, be a brilliant talmid chochom, and be an acknowledged tzaddik, yet if we don’t learn sifrei mussar and don’t control our desires, we can end up deep in the hole, r”l.

Bilam, the protagonist of Parshas Bolok, is another example of a person whose lack of middos tovos led to his demise. Blessed with the gift of prophecy, his craving for respect and adulation led him astray. In the current vernacular, we would say that his middos did him in.

The Gemara (Gittin 45a) tells a story. “Rav Ilish was captured and held in captivity. One day, a person who understood the language of birds sat down next to him. A crow came by and called to Rav Illish. ‘What did he say?’ asked Rav Illish. The man answered that the bird said, ‘Illish, escape! Illish, escape!’ He said in response, ‘A crow is not trustworthy. I will not rely on what he said.’

“A dove came by and called out to him. Rav Illish asked the man what the dove said. He responded that the bird said, ‘Illish, escape! Illish, escape!’ To which Rav Illish said, ‘Knesses Yisroel is compared to a dove. Apparently, a miracle will happen with me.’ He attempted to escape and succeeded.”

Rav Akiva Eiger (Gilyon Hashas, ibid.) cites the Aruch, who says that from this Gemara it is apparent that Rav Illish understood the language of birds. However, the Seder Hadoros disputes the Aruch and says that this story indicates that he did not understand bird talk, because if he did, why did he have to ask the stranger what the birds were telling him? He knew on his own. How does the Aruch deduce from the story that Rav Illish understood the language of birds?

We can be as great as the Amora Rav Illish, but we must always be on guard to ensure that we are not allowing our personal wants, desires and biases to interfere with our thought process. Before acting on something we hear, we must always ensure that we heard what was said, not what we want to have been said.

Thus, we read (Bamidbar 22:13) that Bilam recounted to Bolok’s messengers that Hashem did not permit him to return with them to Bolok. The posuk says, “Moein Hashem lesiti lahaloch imochem – Hashem does not allow me to go with you.” To which Rashi adds, “He won’t allow me to go with you, but He will let me go with higher level ministers than you.”

Hashem told him unconditionally not to go with Bolok’s envoys. Bilam’s bad middos and his desire for kavod led him to hear, or to imagine, that he couldn’t go with these messengers because they weren’t important enough, but if the king who desired to curse the Jews would send more important people than they to sign him up for the deal, it would be okay to go. His middos had grabbed a hold of his mind and altered it so that not only could he not think straight, but he also couldn’t hear what was being said to him.

The pattern continued, with messages being sent to him through other intermediaries, such as his donkey, stating that this mission wasn’t for him, yet he continued along his path, determined to win the admiration of Bolok and his nation. As many times as he saw that he could not curse the Jewish people, he would not be deterred and tried again, for his mind was clouded and his thought process corrupted.

For all time, Bilam is viewed with derision, but the Torah tells us the tale of his downfall for us to learn from him and work on our middos so that our minds don’t mislead us.

Often, we are confounded by people and it is difficult for us to discern whether they are motivated by good or bad intentions. Chazal (Avos 5:19) provide us with a method of telling the two apart. They teach that if a person sees things with positivity and is humble, you can assume that he is a student of Avrohom Avinu. If he is cynical, arrogant and conceited, he is a student of Bilam.

A person with good character traits is referred to as a student of Avrohom, because to achieve that status, he had to have worked on himself to achieve perfection. Achieving greatness requires a lifetime of work and dedication. To maintain the energy and will to engage in steady self-improvement, a person must be suffused with faith. A person who believes that all that happens to him and to the world is from Hashem is a positive person, who is able to view others kindly and without jealousy and disdain. Such a person does not become consumed with hatred and jealousy.

Such a person arrives at his level through studying Torah and mussar. Like Avrohom Avinu, he perfects his character and middos, and therefore his actions are selfless and pure. His mind and everything about him have not been corrupted and taken over by middos ra’os. He can be trusted to be a fine and good person.

However, a person who doesn’t study Torah and mussar is under the control of his middos ra’os, and everything that he does is degraded and tainted. Every action of his, and every thought, is motivated by greed and selfishness. He cannot be trusted to do good, and even when it appears as if he is acting forthrightly, you can be confident that it is a ruse driven by his need for self-advancement and enrichment. Such a person is a student of Bilam.

Let us take the opportunity of studying this parsha to enhance our middos tovos so that we become better people b’ruchniyus u’vigashmiyus, improving our thoughts and actions and helping to raise ourselves and those around us so that we can help bring closer the arrival of Moshiach tzidkeinu.