Is Anti-Semitism Blooming In Bloomingburg? 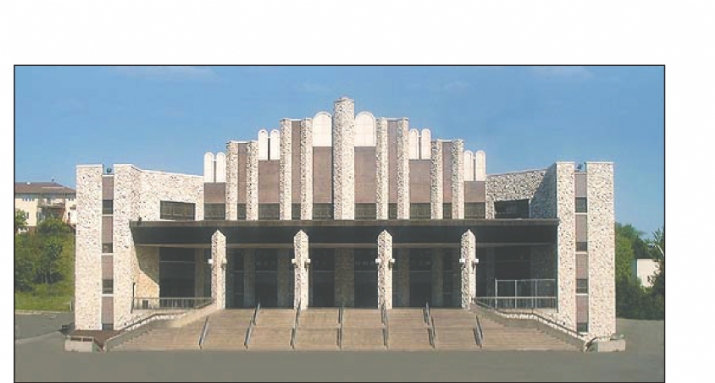 If you've ever traveled up Route 17 to the Catskill bungalow area, chances are you've passed by the village of Bloomingburg. But if you blinked, you may have missed it. Just off exit 116, Bloomingburg is a small rural town with a total population of 420 as of the 2010 census. Main Street of Bloomingburg has only one traffic light and most of the residents live in old farmhouses. The area, which is primarily agricultural, is reported to be struggling economically, with 17% of the families living below the poverty line.

Onto this tranquil scene steps Mr. Sholom Lamm, a real estate developer who seeks out potential lucrative investments. Lamm recognized a golden opportunity in Bloomingburg, which is located on the eastern end of Sullivan County, near Orange County. He purchased land and properties at reduced prices and intended to gentrify the area, a concept as American as apple pie.

Lamm moved to Bloomingburg and bought several of the run-down storefronts as well as some homes. He also purchased a tract of land which he hoped to build into a development of 396 single family homes. He obtained all the necessary zoning permits as well as the blessings of the local government and community board. It was to be a win-win situation for everyone involved. Lamm would sell the properties, and the local population would benefit by having their neighborhood boosted economically.

So far so good.

Meanwhile, leaders of the Satmar community in Williamsburg were on the lookout for upstate locations to help solve a serious housing crisis for their kehillah. With a proliferation of young couples, boruch Hashem, and nowhere for them to go, the solution seemed to be obvious: create satellite communities in out-of-town areas, complete with the infrastructure and community resources that these young families would need.

The Bloomingburg development seemed like an excellent solution for Satmar. It would provide low-cost yet ample housing for close to four hundred families about an hour and a half from New York City, and would be equipped with yeshivos, shuls, and kosher shopping. Thus did a partnership between the developer and the chassidim develop, with hopes of a new enclave for Satmar families that would simultaneously enrich the surrounding area.

Nobody dreamed that the local response would be so overwhelmingly hostile.

Resentment reared its ugly head in Bloomingburg. The formerly peace-loving people of this quiet town expressed their anger and bitterness by forming a “Rural Community Coalition,” demonstrating vocally in the streets, and airing their grievances with the media. Eventually a stop work order was placed on the entire project for the time being. The challengers insist that they are not being bigoted or anti-Semitic; they just want to maintain the peaceful and quiet flavor of their town. A New York Times article dated March 13th quotes Dr. Clifford M. Teich as saying, “I want to wake up in a small, quiet, quaint village. People came here with the intent to live in a place that is rural, not congested, and where everybody knows everybody’s name.” Contemplating the future, however, he comments, “It’s no longer my village. It’s a chassidic village.”

But do Teich and his cohorts have the right to decide who their neighbors will be? Especially when the developer has apparently laid the proper groundwork and has been legally approved? And would they similarly cry foul if the said development were to be inhabited by a group of African-Americans or Chinese immigrants?

In the Times article, Lamm is quoted as saying, “They want to determine the religious and racial profile of every person who moves into land that I own. Because we live in America, if you determine you don’t like the neighbors you have a right to move. But if they adhere to the law, you have no right to block them.”

Things went from bad to worse just a few weeks ago when FBI agents descended upon the village of Bloomingburg and raided some of Lamm’s properties. An FBI spokesperson said that they were “conducting multiple searches in the Bloomingburg area in relation to an ongoing investigation.” That didn’t really explain anything and Lamm and his legal team are confident that nothing will be discovered to be amiss. Still, the raid, as well as the ongoing vocal demonstrations, are certainly unsettling, if not a subtle form of harassment.

On Tuesday, March 18th, the Village of Bloomingburg held its local elections, as it does every two years. This year’s election was especially tense and dramatic, as the incumbent Mayor Mark Berentsen was challenged by Frank Gerardi, who opposes the new development. In a previous election, only 24 people showed up to vote. But this year, with so much at stake, over two hundred residents of Bloomingburg came out to vote. In the initial tally of the results, 87 ballot votes were counted for Garardi and only 25 for Berentsen.

But nothing is simple in the village of Bloomingburg these days, and neither is the election. There are currently a significant number of chassidic families already living in the area who are legally allowed to vote. When adding these 140-150 ballots to the totals, Berentsen carries a distinct majority. The problem is that the community is challenging the right of these residents to vote, saying that it’s all part of an attempt to manipulate the elections, and forcing them to sign affidavits that prove they are residents of the town. The election will now be determined by a judge who will review the validity of each of the affidavits.

Jacob Kornbluh is a journalist who was on the scene in Bloomingburg on Election Day. He says that a yeshiva and kollel definitely do exist in Bloomingburg. “So if these families live there, their votes have to be counted. But it’s going to be determined by the courts.” Kornbluh says that the actual voting process itself was more or less civilized, although there was a photographer on site who insisted on photographing every single one of the chassidic voters who came to the polls as well as some of their children. Harrassment? No. Intimidation? Probably. Annoying? Definitely.

On his end, Sholom Lamm is also contesting some of the ballots entered by the opposition.

Michael Fragin, a spokesperson for Mr. Lamm, says that the intensity of the hostility and anger has been “quite overwhelming,” adding that “it’s been one fight after another.” Still, Sholom Lamm is determined to see things through. “About fifty families are already renting homes in Bloomingburg,” says Fragin. “Prices are attractive, as compared to Monsey, KJ, and Williamsburg. There is a shul and a kosher pizza store is going to be opening next week.”

Fragin feels that it all boils down to fear and ignorance. “Just challenging someone because they have a beard or dress differently is so outrageous,” he says. He also notes that many of the activists who oppose the development aren’t even residents of Bloomingburg. And he points out that this community is located only a few miles away from Pine Bush, an area which is also in the midst of dealing with a well-publicized lawsuit involving anti-Semitism in the school district.

The election results in Bloomingburg will have to be reviewed by a judge who will examine the affidavits and decide who is and isn’t entitled to vote in Bloomingburg. “We are confident that the law is on our side,” says Fragin, “and in the end it will protect our rights.”

The events currently unfolding in Bloomingburg aren’t pretty at all. “I’ve been involved in issues in other areas,” he says. “But I haven’t seen anything quite like this before. Never did we have a situation where people were told that they don’t have the basic American right to vote.” He adds that the ADL and Agudath Israel are carefully monitoring the events as they continue to unfold.

Meanwhile, one resident of Bloomingburg has placed a cross on his property, just yards away from the proposed development. This neighbor insists that it was originally placed there as a holiday decoration. Maybe so, but many see it as a symbol of the subtle undercurrent of hatred and antagonism that is pervading this seemingly peaceful and idyllic area.

In spite of it all, Sholom Lamm remains optimistic and determined to see his development built. According to Fragin, “He really feels that Bloomingburg will be a better place for all its residents and that there will be better economic opportunities for all.” But it remains an uphill battle, to be sure.

Is there hope for peace and harmony in the town of Bloomingburg? Fragin thinks so. “Eventually,” he says, “people will realize that the chassidic residents will be good neighbors.”