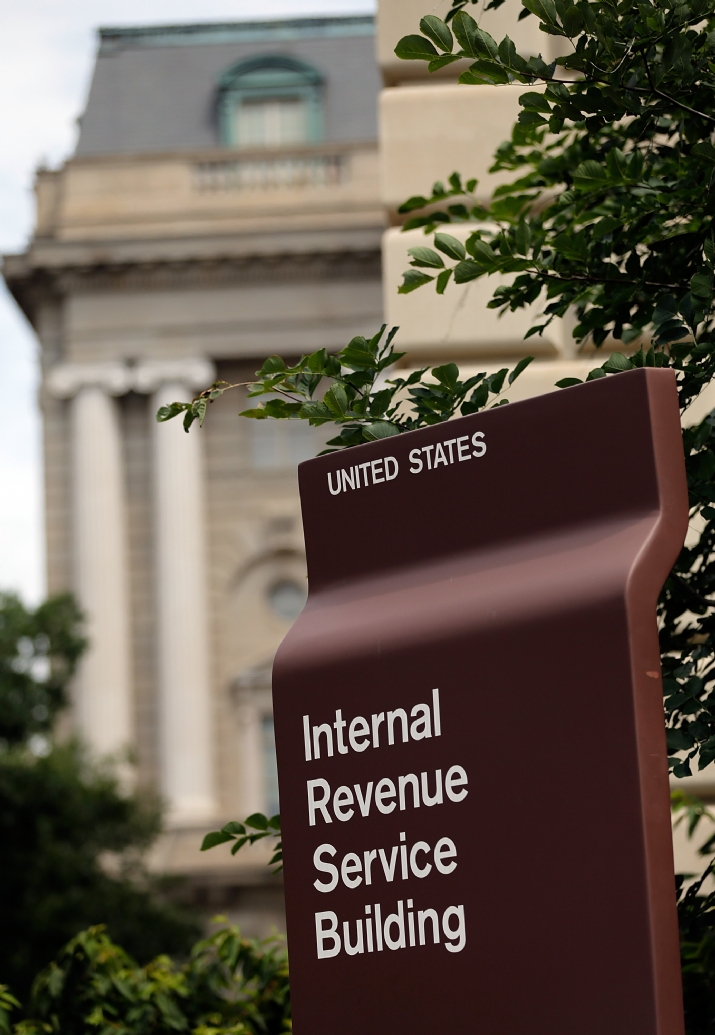 In key testimony last week before the House Oversight committee that was largely overlooked by the mainstream media, senior employees at the IRS Tax Exempt Department in Cincinnati laid the blame for its deliberate policy of delaying and obstructing applications from tea party groups to IRS chief counsel William Wilkins, one of only two Obama White House political appointees in what is supposed to be a non-partisan agency. Wilkins, it turns out, sent orders down the chain of command from IRS headquarters in Washington requiring underlings to delay and demand additional scrutiny of any application for tax exemption submitted by a politically active conservative group, particularly during the periods leading up to the 2010 and 2012 elections.

Wilkins, the record shows, attended a meeting with Obama and a dozen other people in the White House Roosevelt Room on April 23, 2012. The next day, then IRS director Douglas Shulman, the only other political appointee, also came to the White House. The day after that, April 25, Wilkins issued a new set of guidelines for the workers at the IRS tax exempt unit in Cincinnati and their superiors in Washington for approving or denying tea party group applications for tax exemptions.

Until last week’s testimony, other IRS officials, such as Lois Lerner and Shulman, had succeeded in stonewalling efforts by the congressional committee to get to the bottom of the deliberate effort by the IRS to harass conservative political groups. When called to testify before the committee, at first, they tried to blame the problem on low-level employees in Cincinnati who exceeded their authority. They then tried to duck direct questions asking them to name names by pleading loss of memory or ignorance. Lerner, a career IRS employee based in Washington who was in charge of the Cincinnati unit, was the first to publicly reveal the scandal in May, just before the IRS inspector general was to issue his own initial report on it, and made a clever attempt at damage control. When called to testify before the committee, Lerner declared that she was innocent of any wrongdoing and invoked her Fifth Amendment right to refuse to answer any questions on the grounds of self incrimination.

In the end, the committee had to find out what happened the hard way, by sending out its investigators to interview the workers at the Cincinnati office, and then trace the trail up the ladder of IRS bureaucratic authority.

A CHAIN OF WITNESS TESTIMONY

The first key witness was Elizabeth Hofacre, who was in charge of the initial processing of tea-party applications in Cincinnati. It had already been reported that she became so frustrated” by “micromanagement” from Washington that she applied for a transfer.

She testified that whenever she was given an application from a group with “tea-party” or “patriot” in its name, she was under orders to immediately put it aside for special scrutiny, while all other applications were sent on for routine processing. When asked whether applications from liberal or progressive groups were ever subjected to the same special scrutiny, she said no, “they were all tea-party and patriot cases.” At one point she compared her job to working in the lost luggage department of a dysfunctional airline.

Her testimony demolished the original White House defense, that the IRS scandal was due to low-level workers in the Cincinnati unit deciding to violate standard procedures by delaying action on such applications for years, or as one former IRS commissioner Steven Miller memorably put it, “horrible customer service.” It also torpedoed the later claim by defenders of the administration that applications from some liberal groups got caught up in the same IRS delays.

Unlike the other IRS officials, Hofacre did not hesitate to identify who in the Washington IRS office was giving her orders to pull out the conservative applications. She named Carter Hull, an expert on tax exemption law who recently retired after from the IRS after 48 years working there.

Hull testified that he was assigned in April, 2010 to review the tea-party applications sent up from Cincinnati. He was the one who sent out the letters asking the conservative groups for more information about their activities before acting on their applications. When they responded, Hull said he felt that he had sufficient information to make a recommendation, based on the law governing tax exempt groups. But his recommendations were not carried out. Instead, the tea-party applications were sent for further review, to the chief counsel, William Wilkins, the White House man at the heart of the IRS scandal. All of those tea party applications landed on Hull’s desk, to be delayed for years.

Some of the important new information on the IRS scandal can be found in a 9-page letter sent by the committee to Daniel Werfel, the new IRS Commissioner. When he was appointed by Obama on May 15 to take over the IRS after the facts of the scandal started to unfold, he promised to quickly get to the bottom of it. But committee Republicans blasted as “incomplete” the report Werfel released last month which concluded that politics did not play a role in the IRS scandal. They were also outraged by his request for an additional $1 billion to fund the still scandal-wracked agency.

The committee’s letter to Werfel says that Hull’s supervisor, Ronald Shoemaker, told congressional investigators that when he asked Wilkins what he was looking for in the applications, his answer was “not very forthcoming.” Wilkins told him that he was interested in “possible political activity or political intervention [by the conservative groups] right before the [2010] election period.”

In his testimony before the committee last week, Hull confirmed what he had told House investigators He described the process of handling the tea party applications in the IRS Washington office as “unusual.” It amounted to a lengthy runaround in which nobody was clear about what to do with the applications. This resulted in them all being delayed for months, and even years.

Coming from a highly respected veteran IRS official, this was clear evidence of a conspiracy at the IRS aimed at Obama’s political enemies and directed by someone from his White House.

What is known about William Wilkins? Before being appointed to the IRS job, he was a lobbyist for the WilmerHale law firm with offices in New York, Los Angeles, Washington DC, several other US and European cities and Beijing. While at the firm, Wilkins defended Obama’s notoriously anti-Israel pastor, Reverend Jeremiah Wright, pro bono, during a 2008 IRS investigation into whether Wright’s church violated its nonprofit status when he spoke out from the pulpit in favor of Obama’s candidacy.

Some Republicans at the hearing were slow in connecting the dots from the testimony, but Congressman Trey Gowdy of South Carolina finally put together what he called “the evolution of the defense” by the Obama administration since the scandal began.

TRYING TO EVADE THE BLAME

First, Lerner tried to head off the scandal by planting what seemed to be an innocent question at an obscure conference on tax law that she could use to put the best possible spin on the scandal before it was revealed by the inspector general. Then the pat explanation peddled to the White House press corps by Obama’s spokesman Jay Carney, was that this was all the fault of anonymous IRS civil service underlings in Cincinnati, and had nothing to do with the administration.

THE INCOMPETENCE AND “ME, TOO” DEFENSES

When that wouldn’t fly, the administration’s excuse became incompetence. Its defenders suggested that the IRS was so badly managed that it could never pull off such a sophisticated conspiracy. Then the claim was that liberal groups were targeted too. When the inspector general of the IRS said that wasn’t true, he came under attack from the administration’s defenders. Even then, administration defenders could still say that there was no direct evidence of White House involvement.

Democrats then tried to simply dismiss the IRS scandal, claiming that it was old news that Republicans were trying to blow up out of proportion. But the link through IRS chief counsel Wilkins to the White House opens a whole new line of inquiry, and raises more questions about when the administration first knew what was going on at the IRS.

WHAT DID THE WHITE HOUSE KNOW AND WHEN DID IT KNOW IT?

IRS records show that Wilkins was aware of the targeting of applications from tea party groups for special handling as early as the summer of 2011, almost two years before the scandal broke. That is also more than a year before the earliest date the White House says its Treasury Department officials became aware that the IRS inspector general had launched an investigation into the matter.

Is it reasonable to assume that Wilkins said nothing to officials at the White House during all that time about the delayed applications for tax exemptions from Obama’s tea-party political opponents that he had rerouted and which were piling up on his desk?

Initially, the significance of last week’s congressional testimony went almost unnoticed in the media, but conservative columnist Peggy Noonan put it in the spotlight, and now it is being followed up by other conservatives, such as Dick Morris.

The congressional investigation can now be expected to focus with new intensity on Wilkins and what transpired at his White House meeting, with Obama in the room, two days before Wilkins issued new regulations to the IRS workers in Cincinnati handling tea party group applications.

With respectable witnesses like Carter Hull and Elizabeth Hofacre starting to name names, the pressure will increase on other IRS personnel who knew what was going on to come forward and tell their stories. Once a coverup begins to unravel, it’s hard to tell how far up it will go.