Interview With Rabbi Pesach Lerner, Leader of the Effort to Free Pollard 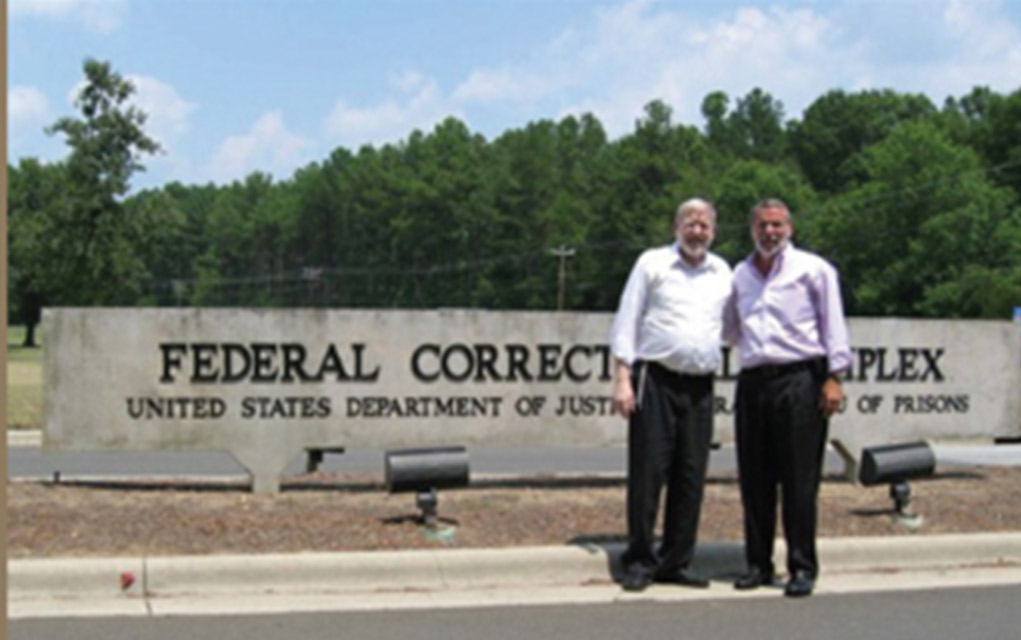 Rabbi Pesach Lerner is Executive Vice President Emeritus of the National Council of Young Israel and a decades long advocate and activist on behalf of Jonathan Pollard. More than anyone, he kept the case alive and in the headlines, working heroically to seek freedom for the famous prisoner. We spoke to him on Monday.

How was Jonathan Pollard’s first Shabbos outside the prison, the first time in 30 years that he experienced a Shabbos as a free man?

I asked Jonathan that question when we spoke after Shabbos.

Jonathan hesitated for a moment and told me that at 4 p.m. Friday afternoon, “federal agents from the regional parole board were in my apartment, fitting me with a GPS device that I must wear on my wrist 24 hours a day, 7 days a week. They were explaining to me what I can and cannot do, where I can and cannot go. They were informing me of my apartment lockdown, that I am restricted to my small Manhattan studio apartment from 7 p.m. to 7 a.m. every night.

“I had spent 30 years in prison, I was paroled because they had to, not because the government wanted to, and now I am subjected to this?

“I really didn’t know what to think.

“The agents left, and I turned my attention to my wife and the small table in the room.

“I saw the most beautiful sight you could imagine: Esther lighting Shabbos candles on a beautifully arranged and set table, with a new challah cover, a beautifully polished kiddush cup, a bottle of Israeli wine, bentchers.

“I was able to sing the kiddush, have a normal dinner conversation, bentch, for the first time in 30 years.

“And I enjoyed delicacies I have not eaten in 30 years; fresh challah, chummus, techinah, pineapple, dates, fresh fruits and vegetables.”

What are Jonathan’s plans for the future?

First he needs to acclimate to the outside world; remember, he was in prison for 30 years.

This past Friday, I picked him up from his Manhattan apartment and drove him to a doctor to have the weeping edema on his legs checked out. Sitting in the passenger side of the front seat, Jonathan commented, “Pesach, this is a nice car. I haven’t been in a car for 30 years; they have changed.”

Jonathan and Esther went food shopping at a grocery store down the block from their apartment. Jonathan told me, “I was overwhelmed with the selection, so many types of so many things. I was literally dizzy.”

We are also dealing with his numerous medical issues, one issue at a time.

Then we will need to work on getting him a job. Jonathan is a Stanford University graduate, very bright and very creative. He has so much to offer. However, his parole guidelines affect his use of a computer. Meaning, if he uses any computer, the government has the right to inspect the contents of that computer, anytime, anywhere, 24/7. And any employer who gives Jonathan a job must agree that every computer in the employer’s system is subject to inspection by the federal government. Which employer, which company will agree to that? In fact, the company that had offered Jonathan a job has retracted their offer; they cannot agree to allow the federal government unlimited access to their computers and systems.

He has plans. Jonathan is an avid reader. While in prison, he read hundreds, if not thousands of books. His interests are the history of Israel, the land and the people, going back hundreds of years; military history and strategy; and alternative energy.

Jonathan has numerous ideas with regard to alternative energy that he would like to research, test, and implement.

What lessons do you take from your 25 plus year involvement with the Pollard case?

There are many lessons, for the individual and the community.

For the individual, appreciate the simple things, be makir tov to Hakodosh Boruch Hu for the simple and daily opportunities. Ask for less and help others more.

For the klal, the Jewish organizations, you represent the klal, you are authorized by that klal, your power comes from the klal, and you have a responsibility to treat that mission seriously, to act upon that responsibility.

The National Council of Young Israel, led by its president, Chaim Kaminetzky z”l, responded to my request to get more involved in the Jonathan Pollard cause. Reb Chaim had a seichel hayosher. He was a straight thinker; he instinctively knew when something was wrong, and he acted upon it. In this case, he told me to take the lead, he will support me, and the NCYI board supported us.

We were not concerned if the cause was politically correct, as long as it was correct.

We were not concerned what other organizations or people would say; we were concerned with what was the right thing to do. We asked she’eilas chachomim, received our instructions, and we acted. Together, we made that first visit to meet Jonathan close to 25 years ago.

In the beginning, we were practically alone. As we researched the case, asked the right questions, began to see through all the “protective” coverings, others saw we were on to something. It took a while for other organizations to come around, but they did. I am proud to say, for years already, Jewish organizations across the religious and political spectrum were all in support of Pollard’s release.

The injustice was and is so blatant.

I remember reading a column of Reb Avraham Birnbaum in the Yated. I don’t remember the subject, but I remember the message. He told the story of, I believe, Rav Chaim Ozer Grodzenski zt”l, who advised a young bochur who was in danger of being drafted into the Russian army. A soldier in the Russian army would in all probability not remain frum.

Rav Chaim Ozer Grodzenski gave him instructions and then told the bochur, “I am available to you whenever you need me.” The bochur followed the instructions he was given, but it did not work. He went to find the Brisker Rav, who was at the city hotel meeting with a group of rabbonim and askonim. The gabbai would not let the bochur approach the Brisker Rov.

The bochur insisted, created a tumult, and would not leave. Rav Chaim Ozer heard the tumult, saw the bochur, excused himself from the meeting, and went out to talk to the bochur. 15-20 minutes later he returned to the meeting. He sensed a slight tension in the room and he realized that perhaps the rabbonim and askonim were upset that he left their meeting to talk to a young bochur.

Rav Chaim Ozer responded, “What are we doing here? Aren’t we discussing important issues effecting Klal Yisroel? Well, that bochur out there is Klal Yisroel!”

Today boruch Hashem Jonathan Pollard is no longer in prison. But he is not yet free; many restrictions have been imposed upon him, as we have discussed.

The lesson we can all take from the events of the last few days is that an individual can make a difference, save a life, change the world.

Esther Pollard was moser nefesh for her husband during these years. The fact that Jonathan could endure the prison system for so many years was because of the chizuk and support she gave him. Jonathan walked out of the prison with hopes and aspirations because he knew that Esther was waiting for him.

Jonathan’s pro bono attorneys of over 15 years, Eliott Lauer and Jaques Semmelman, worked selflessly and tirelessly on his behalf. They left no legal opportunity untouched, never accepting no for an answer. They always looked for another legal angle. The fact that Jonathan was finally granted mandatory parole is to their credit.

We recognize the small group of supporters in Israel, the United States and Canada that never gave up.

We thank the wonderful Jews who never stopped davening for Jonathan’s release and were able to call upon rachamei Shomayim until Hashem answered our prayers.