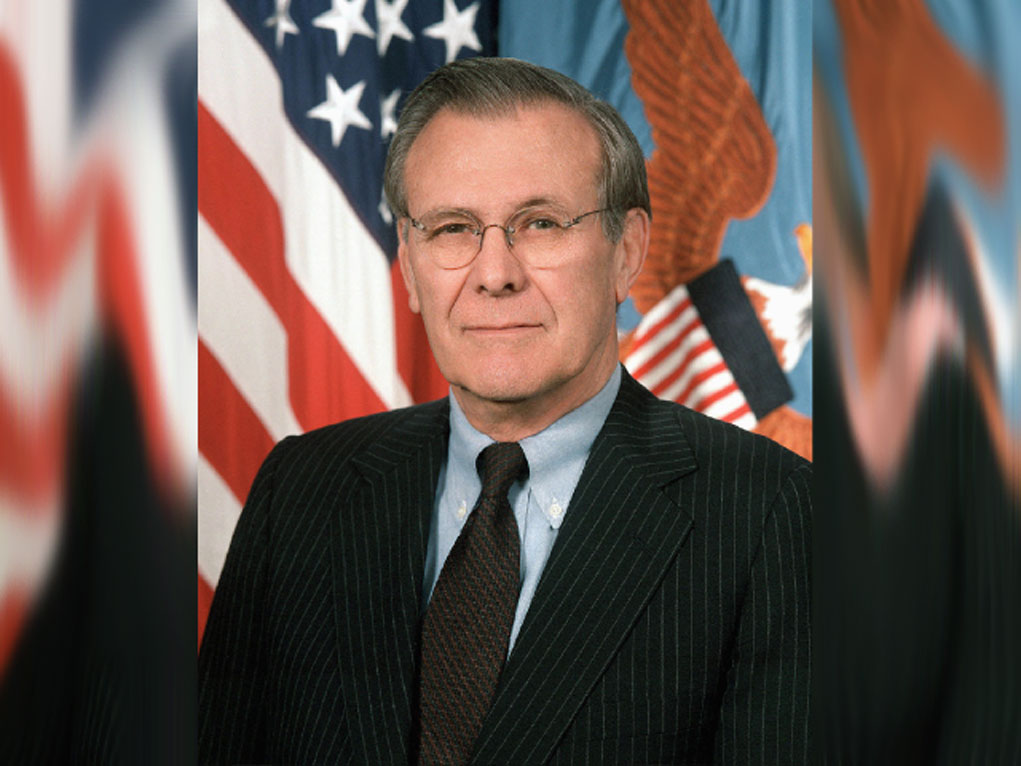 For eighty years, the Munich Agreement has stood as the key argument against appeasement of tyrants with territorial ambitions. Asked by FDR to give a name to World War II, Winston Churchill replied, “The Unnecessary War.” As a consequence of the failure to act, while Hitler could still have been stopped, tens of millions of human beings, including six million Jews, died. According to many historians, German generals were prepared to overthrow Hitler had he not returned from Munich with the Sudetenland delivered to Germany.

But history serves as a teacher only so long as it is remembered. “Amnesia,” however, “is the default position of the American mind with respect to foreign policy,” writes Bret Stephens in America in Retreat: The New Isolationism and the Coming Global Disorder (2014). Voices on both the Right and the Left are today busy wondering, like Chamberlain in his time, why America should risk deaths and financial destruction over “a quarrel in a faraway country between people of whom we know nothing.” Chamberlain is even a sympathetic character in a new series, The Edge of War, long after we know how his proclaimed “peace in our time” ended.

As Russian troops massed on the Ukrainian border, Bari Weiss’s Common Sense site hosted a debate between the New York Times’ Bret Stephens and author Matt Taibbi entitled “Interventionism versus Isolationism.” The debate was of high quality. Both men are highly intelligent; both lived abroad for a decade or more – Taibbi in the FSU and Stephens in Mexico, Britain, Western Europe, and Israel, as editor of the Jerusalem Post; and neither are rigid ideologues incapable of hearing opposing opinions. Taibbi, a man of the left, has gained a wide readership among conservatives in recent years for his vigorous defense of traditional liberal values of free speech.

For his part, Stephens recognizes an isolationist strain in American thinking all the way back to George Washington’s Farewell Address, in which he warned of “foreign entanglements.” And he presents the valid arguments made by neo-isolationists, including the inevitable unintended consequences of interventions in foreign lands, the poor execution of many foreign involvements, and the danger of foolhardy efforts at nation building, as in Iraq. He opposes America sending troops to defend the Ukraine, while urging that the U.S. provide Ukraine the weapons to defend itself. Whatever the ultimate outcome in Ukraine, it is crucial, he argues, that Vladimir Putin pay a heavy price for his aggression.

Many Americans make the mistake of thinking of foreign military interventions as somehow unrelated to Americans’ own national interests. They fail to recognize the benefits of America’s status as the world’s dominant power since the end of World War II and only superpower since the fall of the USSR in 1989 (at least until the rise of China). Chief among those benefits is the absence of any world war for 77 years and the massive growth of global wealth, from a global GDP of just $11 trillion in 1980 to $72 trillion in 2012. During that period, U.S per capita GDP grew from $12,000 to $46,000.

American commitment to Western security has underwritten the globalization of democracy and prosperity, he argues. And with the waning of American resolve has come the decline of freedom around the world. Freedom House’s 2013 survey of political liberty reported on a seventh consecutive year of declining liberty around the world.

Opponents of American intervention often fail to contemplate the costs of doing nothing. In Rwanda, President Clinton refused to even destroy the radio towers from which Hutu leaders were broadcasting calls to search out ethnic Tutsis and slaughter them with machetes. Eight hundred thousand of the latter were murdered. President Obama’s failure to enforce his own “red line” against the Assad regime employing chemical weapons in Syria contributed to a conflict in which hundreds of thousands were killed and seven million became refugees, which eventually triggered a refugee crisis and destabilized Europe, and allowed Russia to reinsert itself as a major Middle East player, after American withdrawal.

Hundreds of thousands perished in the Balkans in the early ‘90s, many in ethnic cleansing operations, while the United States stood aside. Only when American and NATO air power deployed did the slaughter stop, without the loss of a single American in combat.

Even those cases that are always cited by the anti-interventionists, like Taibbi, are not so clear-cut. Afghanistan is one example. To Taibbi’s assertion that the U.S. left Afghanistan worse than it found it, Stephens responded that a generation of schoolgirls were able to go to school and receive medical treatment. And the presence of a few thousand American soldiers, mostly stationed on air bases, was sufficient to prevent the Taliban from retaking the country and imposing its strict interpretations of Islam on pain of death – at least until the United States decided to withdraw in haste and disorder.

Under Saddam Hussein, one million Iraqis were dying annually, with political enemies being thrown into meat grinders by Saddam’s sadistic sons. The greatest mistake, in Stephens’ eyes, was not going into Iraq, but rather the failure to get rid of Saddam and then leave. Or after the successful military surge to leave troops in place to protect the fruits of victory.

As the child of a mother who was a hidden child in the Holocaust, Stephens confesses to a great sympathy to American policies that put the weight of American power on the scale in favor of those looking to the United States for life itself.

AFTER LISTENING TO THE DEBATE, I returned to Stephens’ America in Retreat, about which I interviewed him five years ago, for his systematic treatment of American foreign policy. His basic argument is derived from James Q. Wilson and George Kelling’s “broken glass” theory of policing, which argues that when people see broken windows, proliferating graffiti, etc., they conclude that no one cares and they can do what they want. Acting on that insight, police started enforcing laws versus seemingly minor infractions and increasing their visible presence on the streets. Despite most of the conditions generally associated with high crime rates – bad schools, broken homes, poverty – remaining in place, crime plummeted in cities that instituted broken windows policing.

On the international scene, the United States has essentially functioned as the world’s cop since 1945. And as America has retreated from the role of late, the stage has been cleared for all sorts of bad actors. Putin rails against the dissolution of the USSR as the greatest geopolitical disaster of recent history, and has set out to reestablish Russia’s former sphere of influence.

China has abrogated democracy in Hong Kong and adopted an ever more menacing approach to Taiwan. It has aggressively asserted fanciful maritime claims in the South China Sea, through which one-third of the world’s shipping passes annually and which contains over 200 billion barrels of oil deposits, against Japan, Vietnam, and the Philippines. And it has gained control of much of the world supply of vital rare earth metals by establishing dependent relationships with many poor but resource-rich countries in Africa, South America and Asia.

At the same time, the Iranian ayatollahs are avidly pursuing their dream of a restored caliphate, armed with nuclear arms, through a host of non-state proxies in the Middle East. Throughout the negotiations leading up to the 2015 JCPOA, the United States abandoned every one of its minimal conditions for a treaty, and Iran’s Supreme Leader achieved each of his. Despite its vastly superior military and economic power, the United States approached the negotiations as a supplicant. The worst possible outcome, in President Obama’s view, was that the United States would use its military to destroy Iran’s nuclear infrastructure, something that only the United States could do completely.

Their adventurism has been in large part fueled by an American mentality of retreat from the world, according to Stephens’ compelling account. He quotes Machiavelli’s advice to leaders to be “a staunch friend and thorough foe” numerous times. But in recent years, it has more often seemed, in Bernard Lewis’ words, that the United States “is harmless as an enemy and treacherous as a friend.” Who would have thought, Stephens asked rhetorically in his debate with Taibbi, that the most dangerous position in Afghanistan would have been as a translator for the United States forces?

Weakness, former Secretary of Defense Donald Rumsfeld was fond of saying, is a provocation. Isolationists often cite America’s withdrawal from Beirut as an example of retreat without adverse consequences. But that is not how Osama bin-Laden saw the matter. In his 1996 Declaration of War on the United States, he mocked the U.S.: “Where was this false courage of yours when the explosion in Beirut took place? You were turned into scattered bits and pieces at that time; 241 marine soldiers were killed. And where was this courage of yours when two explosions made you leave Aden in less than 24 hours?”

There is little question that the haphazard flight of U.S. forces from Afghanistan emboldened America’s most brazen enemies – Russia’s Putin, China’s Xi, and Iran’s Ayatollah Khameini. The first result is being played out in Ukraine right now. And we will soon see the implications for the island of Taiwan, just one hundred miles off China’s coast.