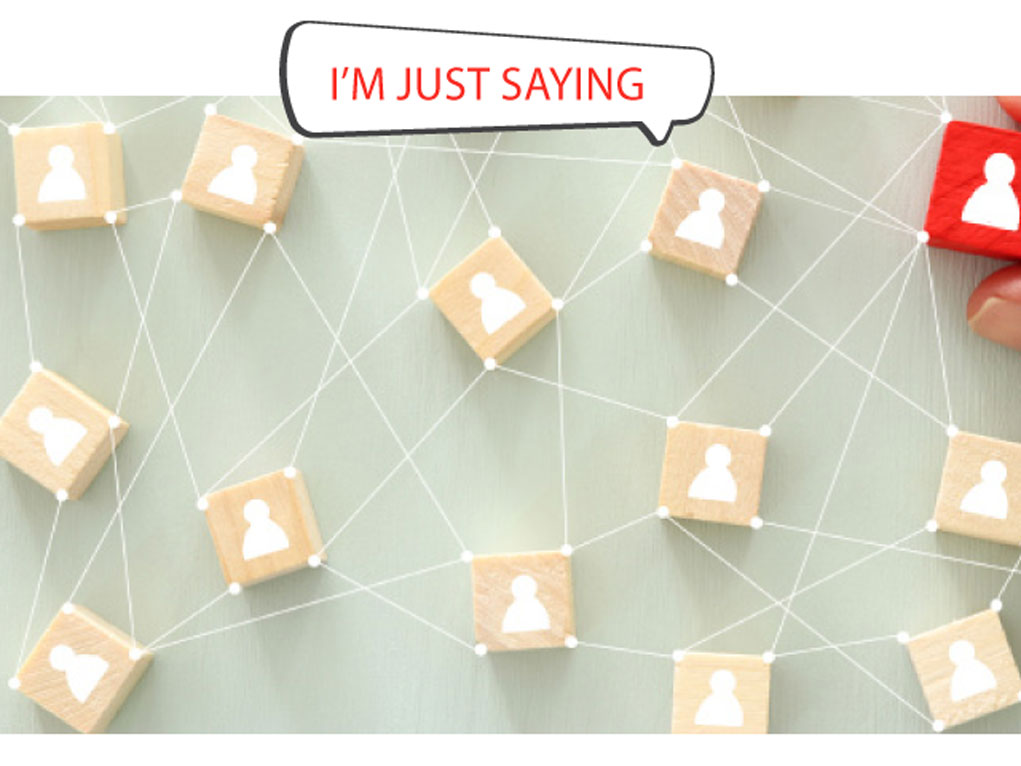 Not long ago, I had a talk with a young fellow about various issues. Although we came from different planets, we were co-religionists, and for the most part, I even considered him aligned with observant Jewry. Then I asked him what he does for a living.

“I’m an influencer,” he replied, as if I knew what that meant.

He chuckled. “Not exactly. People follow me on social media and I promote products, songs and companies…for a fee of course.”

“But why would they listen to you?” I asked.

He shrugged and pointed heavenward. “That’s up to Him! I just try to get the message out.”

I thought about “influencers” as I began to review Parshas Noach. Whether building the teivah took 52 years as per Pirkei D’Rebbi Eliezer or whether it took 120 years as per many conventional calculations, no matter what, it took a long time to build.

Noach was working on his teivah for decades, and people certainly stopped by to see what was happening. No one came. Obviously, the decadence of the generation was clearly a factor that contributed to their apathy, but it does seem from Chazal that Noach failed in his ability to influence even one person to join the journey he would take in saving life on the planet.

Imagine if a yeshiva was under construction for that many years and only ten people showed up to the chanukas habayis. Yeshivas Teivas Noach, unfortunately, did not have much of a crowd, barring a whole bunch of chayos and a giant nochshlepper named Oig.

I’m not here to belittle Noach or to extol modern-day “influencers,” but it is important to realize the power one has in influencing others. You don’t need social media or any technological advances. Simple acts of pleasantry in which “Sheim Shomayim nisaheiv al yodecha” go a much longer way. And they make the type of impact that is unimaginable.

Chazal seem to contrast Noach and Avrohom in the ability to influence people. However, the narrative of Avrohom doesn’t involve intellectual debate and polemics. It is about chesed and emunah peshutah. It is about caring for the other person. They are the ingredients to embrace what the Rambam tells us were “tens of thousands” of new adherents to the tenets of faith.

In our times, we have seen angels as such. The first time I met Meir Schuster, I marveled how such a simple person could influence the thousands he did. Sophistication was not the key. In his unassuming yet truly caring manner, he would walk up to people and begin by engaging them with the simplest of questions: “Are you Jewish?” And, most importantly, “Have you ever experienced a Shabbos meal?” “Would you like to meet a really brilliant man?”

Somehow, he was able to magnetize them and arrange for them to be hosted for a Shabbos meal, or to even hear a shiur or get a chavrusa at Aish HaTorah, Ohr Somayach, Neve Yerushalayim, Dvar Yerushalayim, or the Diaspora Yeshiva.

But influencing does not necessarily mean standing by the Kosel Hamaarovi, or even inviting one for a meal, let alone engaging in deep conversations.

A few months after I moved back to Woodmere, in 1986, a young Israeli couple, Ilan and Tova, with two young children, moved next door to us. Ilan worked in finance for a large electronic company in Israel with ties to the defense industry. Tova was a housewife and mother.

Despite living in Israel, they had not been the least bit observant. They had not even observed Yom Kippur, let alone kept Shabbos or kashrus. But my wife and I felt a responsibility, and the great gaon of kiruv, Rav Shlomo Freifeld, guided us in helping change their attitude toward Yiddishkeit. We tiptoed a lot, but soon enough, they began to warm up.

In fact, a bit over a year after moving, they decided to go to a shul on Yom Kippur. But it went further. The day after Yom Kippur, I heard the banging of wood and saw a measly frame of a sukkah going up.

They knew what it was from Israel and they decided to replicate it. That was wonderful, and I complimented them, saying how proud we were. However, I was beside myself when, beaming, they invited us to join them for a meal in their newly built “sorta-sukkah.”

I looked at the bed-sheet walls that were nailed onto the wooden frame and the sparsely placed s’chach, and began searching in my mind for a way or a halachic opinion that would validate this hodgepodge of wood and sheets as a kosher sukkah. Without dousing his efforts in building it, I tried to figure out a nice way of getting out of it. “Ilan, we’d love to eat with you,” I said, “but you know, we are strictly kosher. Your kitchen…”

I did not finish the sentence when he proudly stated, “I realize that, so I ordered a caterer, who you trust, with all the food wrapped, and you can put it in your oven and serve on plastic!”

He even offered to have a mashgiach!

I stood there watching the walls flap in the wind, and looking up at the s’chach, I wondered whether or not this was a kosher sukkah. I certainly did not want to burst his bubble by throwing a shitas Chazon Ish at him!

Suddenly, I turned true to my roots. I am half chassidish, and chassidim don’t eat in a sukkah on Shemini Atzeres. I’d make Kiddush in my own sukkah, then wash and eat a bit. The rest we’d finish off with the strictly kosher food that he had purchased and was going to be warmed in my oven.

Somehow, we managed to eat something there, and although I can’t say that we turned their lives around, we made an impact. They truly warmed up to the concept of frum Yidden and returned to Israel not long afterwards. But there was a postscript. Many, many years later, an acquaintance of mine met me and asked me if I remember Ilan. I most certainly did remember him, but could not fathom how he met him and how my name came up. I was flabbergasted by how he made the connection.

He explained: “I was at a conference of international defense industries and manufacturers in Israel. Before the meeting, which comprised a dozen of business and finance people from across the globe, we each mentioned where we are from.

“When I said, ‘I’m from Woodmere, Long Island,’ an Israeli fellow asked if I knew the Kamenetzkys. I was shocked and said, ‘Of course!’ He told me that he was your neighbor, and we spent a Sukkos together that we will never forget. If there were more rabbis like that in Israel, we would have much more harmony.’”

But it can be even easier than a meal. When I was sitting shivah for my father, a fellow came in to be menachem avel. He was a respected principal at a local high school and a member of an Orthodox shul. I never knew him not to be religious. But he was a baal teshuvah. At the shivah, he told us the story. Many years prior, he met my father with his young son in the post office. My father asked which yeshiva the boy went to. The fellow chuckled, because he sent his child to public school and had no intention of sending the child to yeshiva. And he told my father as much.

They departed cordially, but my father asked for his address, which he readily gave.

A few weeks later, the children’s magazine Olomeinu began arriving at their home. The third grader loved it and, within a year, begged his parents to send him to a day school. The osmosis trickled up and the entire family became frum.

There is so much going on these days, whether spiritually, socially, and yes, politically. I could not end this article without a plug to influence your friends and neighbors in any way possible to be part of the voice of the Jewish community on the day that public officials are chosen. You don’t have to be an official influencer to make an impact.