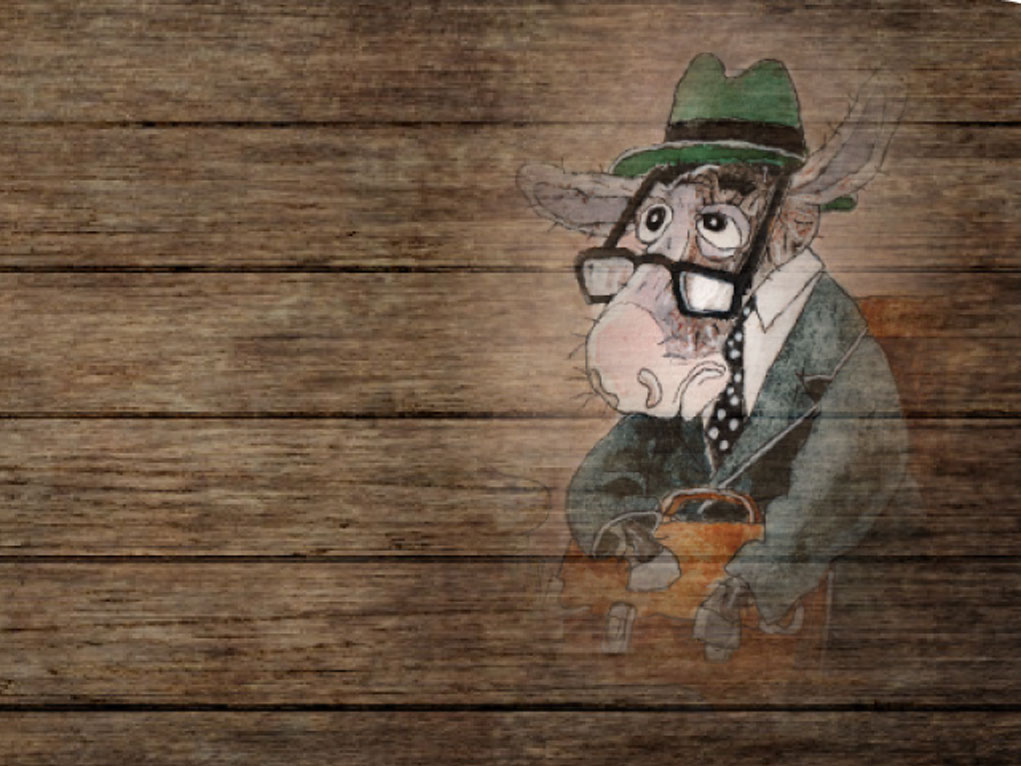 When Donkeys Are Humanized and Humans Are Donkeyed

That being said in Talmudic times does not give our generation, thousands of years later, much standing.

But wait. Perhaps donkeys are not so bad after all. If not donkeys, then perhaps elephants.

There is an Asian elephant named Happy, which has lived in the Bronx Zoo for more than 40 years. An offbeat liberal group called The Nonhuman Rights Project, decided that this elephant is being held in captivity against its will, and went to court to invoke the constitutional writ of habeas corpus, requiring a person under arrest to be brought before a judge or into court, especially to secure the person’s release unless lawful grounds are shown for their detention.

Thankfully for us humans, despite the madness often seen in New York State courts, this time sanity prevailed. The top court determined that Happy the elephant does not have human rights.

Fortunately, five of the seven judges contended that the constitutional right of habeas corpus was instituted to protect the right of human beings to be free of unlawful confinement. Happy is not a human being, though. It is a nonhuman animal that is not a “person subjected to illegal detention,” according to the chief judge in the case.

Mind you, two of the seven judges sought to attain some level of human rights for animals. If they had had their way, I wonder to where the spiral would have descended. The litigants, led by Nonhuman Rights Project founder Steven Wise, had much rachmanus on Happy, and in biblical fashion they claimed, “Don’t call her Happy, as she is a depressed, messed-up elephant.” That’s what they told the New York Times before the ruling was delivered by the New York State Court of Appeals.

One of the national newspapers picked up on the case and explained the significance of the ruling: “If a court found animals can have human rights, it would dramatically impact American law, testing, and research. It could perhaps even lead to animals obtaining voting rights.”

I shake my head and wonder: How is it possible that the same people who would kill an unborn child who is only moments away from entering this world would spend thousands of dollars and countless hours of time and energy worrying about an elephant that is groomed, well-fed, and protected in a zoo in the Bronx?

Certainly in Yiddishkeit there is a place for the prohibition of causing unnecessary pain to any form of animal life. However, the proscription is only in the context of clearly defining that the injunction is to an animal, not because the animal is a human. We must have compassion on all forms of life. But these crazies don’t want to value the concept of animals as animals. To them, there is no difference between animals and humans, and unfortunately, I forecast that their insanity will spread to an agenda that traverses well beyond the Bronx Zoo.

Chazal tell us about the age of Moshiach. It is one in which impudence will rise, the youth will deride the elders, houses of education will be those of ill repute, and the face of the generation will resemble that of a dog.

It’s a topsy-turvy world in which the lowest standards are suddenly raised and the previously revered are degraded. It’s a generation in which elephants are humanized and humans are euthanized.

The pattern is not applicable to one species of life. It is not a question of elephants or dogs or even donkeys being eminent, while the human is being degraded. It is a pattern of chaos in a world in which there are no boundaries or borders. It is a new era in which the genders are muddled and no one is permitted to define a class or category. We are living in the combined worlds of pre-Avrohomic chaos. We are living in the world of the Tower of Bavel, where “the whole world was one” and there was no differentiation of culture, backgrounds and perhaps even more, while it is combined with the world of the Dor HaMabul in which any depravity was accepted and animals’ and humans’ places in society were muddled, chaotically entangled into the promiscuity that flooded the world to its termination.

Back in the early 1970s, around the period when the initial Roe vs. Wade was adjudicated, my zaide, Rav Yaakov Kamenetzky, commented to me by quoting the aforementioned Chazal, “If the prior generations are angels, we are mere mortals, and if the prior generations are mere mortals, then we are but donkeys.” By diminishing the reverence for life, even if it is that of the unborn, you will see that the entire appreciation of human life will be degraded. Murder will rise. Lawlessness and depravity against human life will increase. Once the value of life is diminished in any which way, even to those who may not think it worthwhile or to those who justify its destruction, it will spread to all forms of life. Indeed, from the baseness of killing the unborn, it soon spread to the depravity of executing the elderly and infirm and emotionally depressed, all in the name of mercy and compassion.

So, in a topsy-turvy world where nothing makes sense, we will soon see the protestors for the right to kill unborn children protesting hand in hand with those who would protect the rights of elephants and probably even the unborn ones as well.

Indeed, we live in a generation in which our irreverence for the prior generation has downgraded us to the level of donkeys. But we can thank the lovers of Happy the elephant, who don’t have to worry about that sort of downgrade and a reason for introspection.

After all, isn’t it a great thing to be a Happy?