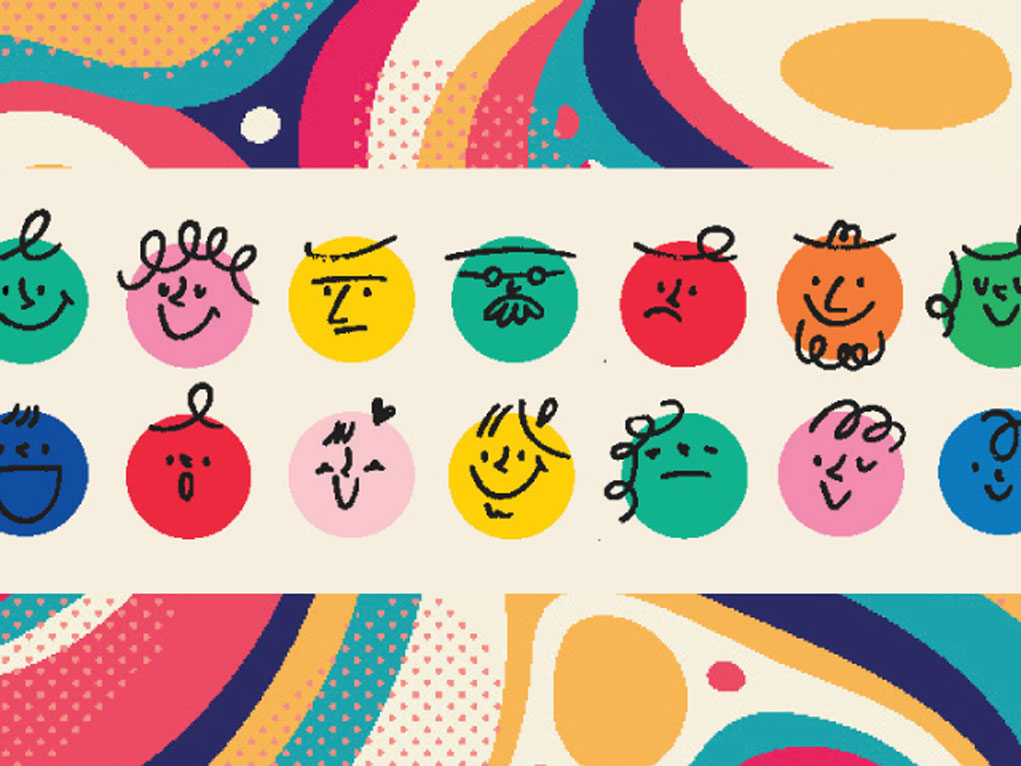 We humans are creatures of habit. There are countless things we do and say throughout the day that are so ingrained in our psyches that we do them practically on auto-pilot, without thought. Even when we’re acting nice, we sometimes don’t even realize it. We’re simply acting as we’ve been pre-programmed to do. The results can even be somewhat humorous.

Take, for example, the widely accepted etiquette for phone calls. When making a personal call, a caller usually begins with, “Hi. How are you?”

This is generally answered with, “Boruch Hashem, fine,” or something along those lines.

“Great,” the caller responds, and then, with the courtesy greeting seen to, he or she can now launch into the actual reason for the call. “I’m calling about the morning carpool. I was wondering if it would be possible for us to switch…”

Now don’t get me wrong. It’s a beautiful thing that we are so schooled in middos tovos that before discussing anything with anybody, we’ll always ask after their welfare first. She’ailas shalom is found and spoken about in Chazal and in halacha, and is indeed the proper way to interact with others. Before getting into what we need from the other person, we first inquire as to how that person is doing.

What happens, however, is that – like so many other things – when we get so used to doing a good thing that we no longer even think about what we’re doing, it can sort of defeat the purpose.

I’ve often wondered how many people actually listen to the response to their, “How are you?” Or is it just, “Hi. How are you? Great. I’m calling about tomorrow’s chesed meeting…” and we never even really listen to what, or whether, the other fellow even responded! After all, we’re practically positive that it’s going to be some sort of variation of, “Boruch Hashem, I’m okay.” It’s never anything else. At least it’s not “supposed” to be.

If we’re honest, we might admit that we never were really interested in how that other person is doing or how their day is going. That’s not why we called, right? We called for whatever reason, and the “how are you?” is simply the proper greeting. It’s the “mentchliche” way to begin, the phone etiquette with which we’ve been trained.

Do we really want to know how the other person is doing? Were we thinking about their welfare when we asked after it? Or have we forgotten why it’s proper to inquire after their well-being in the first place?

One can’t help wondering what would happen if, after being greeting with a “Hi, how are you?” one would respond, “Boruch Hashem, kishke.” Would the other person even notice? Or would they just continue, “Oh, great. So I was calling to ask whether your daughter might be able to babysit…”

Or what if someone was feeling that his day wasn’t going so well, and he thought that this was an opportunity to finally share his frustration? Just imagine:

“Boruch Hashem, actually not too good-”

“Very nice, very nice. So, I was wondering if you could give me the number to your brother-in-law. I wanted to ask him about…”

Seriously, would any of us be surprised if we’d ever respond to a greeting with an unexpected comment and the caller would just breeze right on as if we hadn’t said a thing? Do we feel that the caller is listening to our response? Do we listen when we’re the one making that call?

A Minute that Can Last a Lifetime

This past Yom Kippur, in his drosha right before Ne’ilah, Rav Yeruchem Olshin, rosh yeshiva of Bais Medrash Govoah, mentioned – among other things – that one of the greatest kabbalos we can make would be to give chizuk to a fellow Jew. There are so many, he said, who find themselves needing chizuk. True, most of us cannot solve everyone’s problems. We cannot provide nachas, funds, children, shidduchim, jobs, health or success to the people who so desperately seek them.

What we can do, though, what almost every single one of us can do as we go about our daily lives, is to be there for the other person with a simple hello, a nice word – even just a smile as we pass them by. All it takes is to pull ourselves out of our world for just a moment and focus on the other guy.

In truth, this “little bit” that we can do may actually be one of the greatest chassodim possible as far as the receiver is concerned. For while we didn’t actually solve any of his or her problems, we let that person know – let them feel – that they are not alone, and that can make all the difference.

Loneliness kills. “Da’agah b’lev ish,” the posuk in Mishlei tells us (12:25), when one has an issue pressing on his heart, “yaschena.” Chazal (Sanhedrin 100b) explain that this posuk can mean “yasichena l’acheirim,” he should share it with other people.

How does that help the person with the problem?

The Vilna Gaon (ibid.) explains: Ka’asher ha’adam b’da’agah, zu hada’agah mashpil es halev me’od. When a person has a da’agah, when there is something that is troubling him or her, the person’s heart becomes very heavy within. Ach mi sheba umdaber lo devorim tovim v’tanchumim, however, when another person comes and shares words of positivity and comfort, yisamchena hadevorim es halev, that alone lifts up the heart with cheer.

We didn’t solve any of the person’s problems. We didn’t even address them. In fact, we may not even be aware of them at all. Yet, we can lift another’s heart simply by being there for them, by sharing a positive comment, by allowing them to feel that they’re not alone.

Again, it’s not difficult; it’s not rocket science. All it takes is a moment to actually think about the other person, and to do that, we need to actually care about the other person. Yes, our lives are busy, we have way too many things going on at once, and we might have issues of our own weighing us down. Even so, we dare not live in our own bubble. Avrohom, our forefather, lived to do for others, and we have it in our DNA to do the same.

We talk to people throughout the day (hopefully, even those glued to their phones still converse at times with others). What does it take to add a comment before hanging up or going our separate ways? “You know, I’m glad you called (or, “So glad I bumped into you.”) It’s always a pleasure to talk to you.”

“Good morning. I’m so happy we pass each other by at some point during the workday. Your smile always brightens the rest of my day.”

“I wish we had time to talk more. You always leave me in a good mood.”

Small comments, when one comes to mind, or just a warm smile from one person to another. We may never know how much it meant to the other person. We may never know whether a moment that we forget about the very next minute may have been a life-saver for somebody who needed just that at that very moment.

At least, if anyone ever tells us that they’re doing “boruch Hashem kishke,” we won’t just nod our heads and walk by, because we were actually listening to that other fellow!