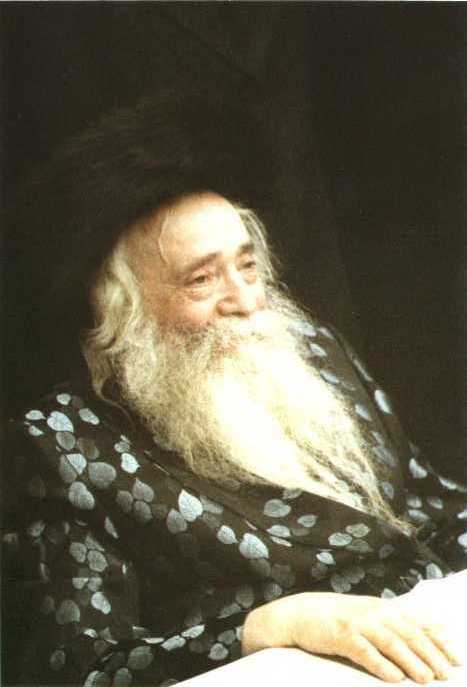 They tried to extinguish the fire within him in serving Hashem, but they failed dismally. They tried to dim the light that he radiated all around him to inspire others, but they were unsuccessful. They attempted to break his spirit and squelch the simcha in his avodah, but it was far beyond them. The forces of evil, the kochos of tumah, the Nazis ym”sh, recognized that one of their prisoners, the Klausenberger Rebbe, Rav Yekusiel Yehuda Halberstam, was a holy Jew and a source of chizuk to all who came in contact with him, and they tried to break him. But he was not intimidated and he was not weakened. To the contrary, the ordeals made him greater.

They beat him, they humiliated him, and they gave him backbreaking labor, but it did not deter him in the slightest from serving Hashem. He continued with his avodah of learning Torah and davening with his regular passion. Those who observed him were astounded to see that he was able to fulfill every mitzvah to its last minute detail. He managed to keep his beard despite being ordered many times to shave it off and threatened when he did not. Somehow, he managed to provide matzos for Pesach, oil for his menorah, and even fruits to eat on Tu B’Shevat. He testified about himself that never during this gehennom did he ever feel any sadness, a truly remarkable statement.

When it was all over, he had lost his entire family, his rebbetzin and children. The Nazi beasts, suffering a devastating defeat, disappeared into oblivion. They seemed so strong and tough in their uniforms, holding their rifles, and bullying the unarmed Jews. Cowards that they were, they quickly fled like rats into their holes, escaping to countries in South America or dissipating into German society, where they were sheltered and admired.

But for the rebbe, an amazing historical life was just beginning. After being liberated, he did not stop for a moment to convalesce. He did not vacation to rest his aching body. He immediately set out on a mission to be mechazeik his fellow Yidden to start yeshivos and bring physical and spiritual comfort to his brethren in the DP camps. Klal Yisroel was decimated and he had big plans to help rebuild it.

He traveled all around, bringing comfort to the broken Jewish hearts. He journeyed to America to bring the message of the survivors that they desperately needed help. Many American Jews living in a free country had not a clue of what horrors European Yidden had faced and their dire situation at this time.

The rebbe, here in America, met with dignitaries and people of wealth, trying to solicit their help. He asked for people to arrange a meeting with Mr. Sam Feuerstein, a frum Yid and a wealthy benefactor to numerous Jewish causes. The meeting was arranged, and after exchanging pleasantries, the rebbe told Mr. Feuerstein, “I need your help. I want to build a kehillah. I want to build yeshivos, shuls, chadorim, a Jewish hospital…” Mr. Feuerstein looked at the man sitting before him, physically weak and emaciated, and wondered if he had the energy to carry out any of these plans. The rebbe’s plea was, “Can you help me?”

Mr. Feuerstein was impressed with the rebbe’s passion and answered, “I’ll try my best.”

To this, the tzaddik said, “When I was a rebbe in Klausenberg, I didn’t know what it means to try my best. I did not know that I could walk for blocks, because every time I walked in the street, the townsfolk offered me a ride. I did not even know that I could carry my tallis and tefillin, because the people insisted on carrying them for me. But then the war broke out and I was taken to the concentration camp. There I learned that I could try a lot. They forced me to carry stones that weighed 50 pounds and walk with them for miles in the stifling heat. There I learned what it meant to try my best. Do you know what “try my best” really means?”

Mr. Feuerstein sat there in stunned silence, absorbing this lesson from the holy tzaddik, a message that he would never forget. As for the rebbi, “trying his best” had astonishing results. He built communities in America and Eretz Yisroel, a hospital, a nursery school, chadorim, Mifal Hashas, and the list goes on (heard from Rav Chaim Nosson Segal).

Do we know what it means to try our best? We enjoy many amenities, comforts and modern technology. We do not have to walk anywhere; we hop into the car and are there in a jiffy. Come home and need a quick lunch? Pop something into the microwave. Cooking, baking, kashering meat… You can get it all readymade, without much effort. You do not even have to go shopping. You can get it delivered to your home by ordering on the phone or online. It saves us a lot of time. What we do with that spare time is a different issue, but a major disadvantage of all these comforts is that the concept of exerting ourselves, of working hard, of putting in extra effort is being lost.

The days of Sefiras Ha’omer are meant for us to reflect on the ideas we picked up on Pesach and to absorb them. In the piyut for Mussaf of Parshas Hachodesh, Nissan is referred to as “Hachodesh asher yeshuos bo makifos,” the month in which salvations follow quickly upon one another. The Sheim MiShmuel says that makifos can also be understood as stemming from the word hakafas hachanus, buying something on credit from the store. On Pesach, Hakadosh Boruch Hu grants us lofty madreigos, perception of holy concepts and a feeling of closeness to Him. But these levels of kedusha are given to us with the understanding that we pay for them by reflecting on them, by internalizing their meaning and by bringing them into action with a powerful Kabbolas HaTorah on Shavuos.

In the Bris Bein Habesorim, Hashem told Avrohom, “Know with certainty that your offspring shall be aliens in a land not their own, and they will serve them and they will oppress them 400 years…” (Bereishis 15:13). Each one of these hardships, says the Sefas Emes, brought Klal Yisroel a special treasure. Being strangers in a foreign land led them to acquiring a land of their own, Eretz Yisroel. Being afflicted by the Mitzriyim led to Kabbolas HaTorah, for Torah is acquired by those whose physicality is weakened, and being slaves led them to becoming avdei Hashem.

In light of what the Klausenberger Rebbe said, we can well understand this. In Mitzrayim, not only did we perform backbreaking labor, but it was also constant, without any respite. There we were really ingrained with the idea of “I’ll try my best.” When the time of the geulah finally came and we made the transition from being servants of Paroh to becoming avdei Hashem, we were well trained in exerting ourselves and ready to fully dedicate our kochos to His service.

There is a mitzvah twice daily to remember Yetzias Mitzrayim. This can be fulfilled by reciting pesukim about the exodus. We perform the mitzvah by specifically reciting, “I am Hashem, your G-d, who has removed you from the land of Mitzrayim to be a G-d to you” (Devorim 15:41), which is the conclusion of the third parsha of Krias Shema. Why did Chazal choose this posuk in particular to fulfill this mitzvah?

The Brisker Rov explains that it is to associate our exodus from golus with the kabbolas ol Malchus Shomayim of the beginning of Krias Shema, Hashem Elokeinu Hashem echad. We were not liberated from Mitzrayim merely to be free, to enjoy civil rights, to be able to express ourselves freely. We were freed from bondage for a tachlis…to serve Hashem. It is a tachlis that brings us eternity. And those efforts that were exerted during our slave labor in Mitzrayim should now be dedicated to serve Hashem.

The other day, I was driving on the West Side Highway on my way to Brooklyn and I noticed a big sign stating, “Make It Count.” As someone who tries to be a good Jew, my first reaction was that it is a reminder of how we must act during the days of Sefirah: Make every day count. But upon further review, I realized that it was an advertisement for a bottle of whiskey, Jack Daniels. It was beckoning to the consumer, “When you’re drinking your glass of schnapps, don’t just do it in a lackluster way. Do it with gusto! Make it count!” Get the most out of that physical pleasure.

That is the way of avdei Paroh, those who serve their yeitzer hara. To us, make it count has a totally opposite connotation. When serving Hakadosh Boruch Hu, try your best. Every tefillah should be said with as much kavanah as possible, every moment of learning with maximum focus, every chesed performed with great dedication for others.

In this way, when the Yom Hadin arrives, we will be able to say to Hakadosh Boruch Hu with sincerity, “I tried my best.”