How To Succeed as a CEO

In the last column, I shared insights from successful CEOs. The synonym for CEO is leader. Whether you are the CEO of a Fortune 500, a start-up, or a community organization, your vision, skills, personality, and talent are leading the way.

The insights I shared were gained through the CEOs’ on-the-job experiences. There is no preparatory university for CEOs.

But the question I posed is what qualities, if any, do they bring to their role that are deciding factors whether they will be successful?

The question is critical. Leadership plays a crucial role in the success of a company. In a ten-year period, one-fourth of the CEOs of major corporations were removed from their position by the board of directors. A PwC study of the world’s 2,500 largest companies showed that forced turnover of CEOs costs an estimated $112 billion in lost market value annually,

The CEOs shown the door all had the right VC’s, all went through intensive scrutiny, all had extensive experience – and yet they failed to live up to expectations.

On the other hand, 75% of CEOs who had the right VC, went through intensive scrutiny, and had extensive experience were invited to stay in their position.

What factors separate the two groups? Are there natural traits? Does “a natural born leader” apply to all the successful CEOs?

In my interviews with CEOs, I was surprised, though perhaps I should not have been, how many admitted that curiosity led them on the career road they chose, and how it broadened their field of knowledge, so they were able to transfer insights from other fields to their own. Curiosity is a driving force in their lives, an engine.

The CEOs I interviewed accept that failure is a part of the journey. When I ask, “Did you ever fail?” truly a picture is worth a thousand words. Their faces drop about six inches, and the pain, no matter how long the passage of time, shows. And, for quite a number, failure had been a frequent visitor. But to them, it is just part of the learning, growing process. As Edison famously said, “I have never failed. I just learned how to do it wrong a thousand times.” James Dyson confessed that it took him 15 years and 5,000 prototypes until he developed a marketable vacuum.

Another commonality – they do not hide their weaknesses. When I ask them how they learn to wear six hats, overseeing finances, planning, production, HR, and the gamut of other departments for which they have the final say, they readily admit that they cannot do it alone. They find the best people to manage the senior positions within their company, and they lean on them for their expertise in those positions.

Depending on others displays their life experience – they do not have all the answers. A primary responsibility is to create teamwork that produces the best results.

The question remains: Beyond life experiences, are there inherent traits that are common to successful CEOs? This question is significant to corporate boards reviewing CEO candidates. There is no place for guesswork and assumptions.

The smart people at ghSmart undertook a 10-year study to identify the specific attributes that differentiate high-performing CEOs. ghSmart partnered with economists at the University of Chicago and Copenhagen Business School and with analysts at SAS Inc. They tapped into a ghSmart database, containing more than 17,000 assessments of C-suite executives, including 2,000 CEOs. The database has in-depth information on each leader’s career history, business results, and behavioral patterns.

The team involved with the project sifted through that information, looking for what distinguished candidates who were hired as CEOs from those who did not, and those who excelled in the role from those who underperformed.

What valuable insights did they arrive at through their research?

As I pointed out, failure is a constant. Virtually all the CEOs in their research had made material mistakes in their past. 45% had one major blowup that ended a job or was extremely costly to their company. Yet, despite those sometimes-extreme failures, more than 78% went on to becoming CEOs.

Failure is par for the journey to the C-suite.

When we think of CEOs we think of MBAs from Ivy League colleges, MIT, Stanford et al. ghSmart research revealed that the individual’s VC, or even the lack of a VC, in no way forecasted performance. In fact, only 7% of the high-performing CEOs studied had an undergraduate Ivy League education, and 8% never graduated from college.

And, while you may have this belief that CEOs have commanding, high confidence personalities, in point of fact there was no connection to performance results.

Okay, now that your assumptions about failure, education and confidence are put to rest, what are the factors that distinguish successful CEOs?

One key characteristic is not that the CEO makes the right decision all the time, but that they are willing to be decisive and make decisions. They do not sit on the fence. They act.

They make decisions earlier, faster, and with greater conviction. They do so consistently—even amid ambiguity, with incomplete information, and in unfamiliar areas. In ghSmart’s data, people who were described as “decisive” were 12 times more likely to be high-performing CEOs.

High-performing CEOs understand that a wrong decision is often better than no decision at all. According to former Greyhound CEO Stephen Gorman, who led the bus operator through a turnaround, “A bad decision was better than a lack of direction. Most decisions can be undone, but you have to learn to move with the right amount of speed.”

Decisive CEOs recognize that they can’t wait for perfect information. “Once I have 65% certainty around the answer, I have to make a call,” explained Jerry Bowe, CEO of the private-label manufacturer Vi-Jon. This doesn’t mean that they simply snap their fingers and decide. A part of that 65% certainty comes from a poll of small, carefully cultivated “kitchen cabinet” of trusted advisers who can be counted on for unvarnished opinions and sound judgment. They work actively to solicit multiple points of view as a counterbalance to their view before deciding. But still, the final decision rests with them

Bowe motivates himself to act on decisions by framing things this way: “I ask myself two questions: First, what’s the impact if I get it wrong? And second, how much will it hold other things up if I don’t move on this?” That approach, he says, also inspires his team members to trust their own judgment on operational decisions—which is critical to freeing the CEO up to hone in on fewer but more important decisions.

But once a path is chosen, high-performing CEOs press ahead without wavering. Art Collins, former chairman and CEO of Medtronic, told ghSmart, “Employees and other key constituencies will quickly lose faith in leaders who waffle or backtrack once a decision is made.” And if decisions do not turn out well? Supporting this view, the research found that while every CEO makes mistakes, the majority are not lethal. Among CEOs who were fired over issues related to decision-making, only one-third lost their jobs because they had made bad calls; the rest were ousted for being indecisive.

Another common characteristic – the analysis showed that CEOs who excel at adapting are 6.7 times more likely to succeed. CEOs affirmed over and over that this skill was critical. When asked what differentiates effective CEOs, Dominic Barton, global managing partner of McKinsey & Company, immediately offered: “It’s dealing with situations that are not in the playbook. As a CEO, you are constantly faced with situations where a playbook simply cannot exist. You’d better be ready to adapt.”

Adaptable CEOs also recognize that setbacks are an integral part of changing course and treat their mistakes as opportunities to learn and grow. CEOs who considered setbacks to be failures had 50% less chance of thriving. Nearly 90% of the strong CEO candidates reviewed scored high on dealing with setbacks.

ghSmart’s research shows why there is no CEO degree. Decisiveness, adaptability, and acceptance of failure are not facts, information, and theories you can learn in a classroom. Nor are they necessarily born traits.

What separates the successful leader of a company or organization is the ability to be transformed through experience – truly learn from mistakes and failures as to what is required and make that a consistent mode of thought and action.

ghSmart’s research simply points out that CEOs and all leaders are not born or educated.

On this daf, we find a halacha regarding laining. The last day of Chanukah is called “Zos Chanukah” after the day’s Torah reading. The deeper

The emotional meetings between the brothers and Yosef reach a crescendo in Parshas Vayigash. The brothers came several times to Mitzrayim in search of food,

Long before he became rosh yeshiva of Yeshivas Volozhin, Rav Chaim Brisker was a key figure there. He was head and shoulders above the rest 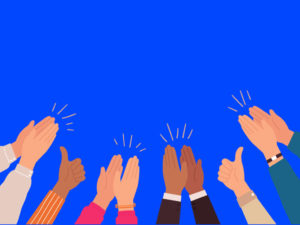 Did you ever get a funny feeling When one starts praising you? “I loved your speech!” “You sing so nice” “You’re great at what you 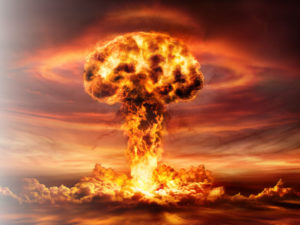 In reaction to unexpected new Iranian demands in the Vienna talks on renegotiating the 2015 nuclear deal, and its rejection of concessions it had previously 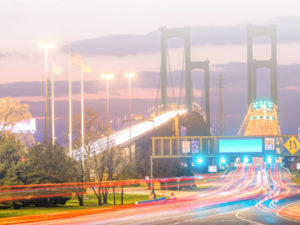