Hope and Warmth from the Summer Campfires 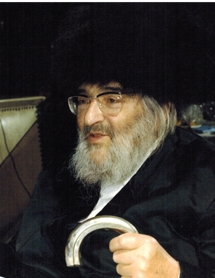 As my baalei batim said, â€œOn Shabbos, the rabbi went to camp.â€ Indeed, my rebbetzin, two of my sons and I packed our bags to spend our occasional Shabbos at Camp Agudah on Shabbos Rosh Chodesh Elul. Although the camp has the zechus of having Rav Yisroel Belsky as its rov and posek, various roshei yeshiva and rabbonim are invited to be the â€œrov of the weekâ€ throughout the summer. During my stint, I spoke five times officially, with drashos and shiurim for masmidim (â€œmitzvos tzrichos kavanahâ€), hashkafah during seudah shlishis, a baseball moshol to the entire camp, chizuk to the women, etc.

However, to me, the infinitely more important sessions were informal encounters with groups of bochurim, to “talk in learning,” answer questions, sometimes just tell stories and share Torah thoughts with “the boys of summer.” Ba lelamed venimtza lomeid. I came to teach and I ended up learning.

I returned to my shul and my classroom, to the hard realities of urban life, refreshed and imbued with a spirit of hope and optimism about the future of Klal Yisroel. No, I was never pessimistic or apprehensive. We have been taught many positive statements about the future of Klal Yisroel: “Yiftach bedoro keShmuel bedoro.” “Lo almon Yisroel.” Etc. Yet, all of these epigrams carry a tinge of negativism. They all seem to be bedieved, “worse comes to worse.” What I saw and heard make me feel that we have before us future gedolim, lomdim, roshei yeshiva, dayonim, mechabrei seforim and rabbonim.

Please let me share the nachas and the glow. My dear friend, Rav Eliezer Feuer, the camp learning director and popular rov of the Young Israel of Bayswater, introduced me as a talmid of Rav Yitzchok Hutner zt”l. I cringed a bit, because I vividly recall, when preparing my first rÃ©sumÃ©, asking the rosh yeshiva zt”l if I could write that I was his talmid. He favored me with one of his sharp looks, responding, “I will concede that I am your rebbi. Whether or not you are my talmid, I must give some consideration. Come back tomorrow.” Ouch, but lesson learned. One is not necessarily a talmid because one has a rebbi.

Nevertheless, due to Rav Feuer’s kind introduction, I was besieged by young men asking me for stories, maamorim, etc. To one small group, I related an anecdote from decades ago, when I was privileged to fulfill a shlichus for my rebbi. (Whew! He allowed me to use the title talmid.) In his humility, despite the fact that it was such an honor to do something for him, he declared that he would reward me with a personal devar Torah. I made the point to my young listeners that there was no greater compensation than a Torah thought. A few hours later, as I was walking back from one of my Shabbos shiurim, a cute little boy came running up. “Rebbi, what was the vort the rosh yeshiva told you?”

The story literally mirrored a famous one in which a true gadol chose his future son-in-law from the bais medrash because he was the one who wanted the answer to the question he had posed, even though hearing the answer would ostensibly no longer result in being chosen. But of course, the yearning to know, the teshukah to grow, is more important than any one correct answer. I won’t share his name, but, as Chazal often said, “I am certain he will become a gadol.”

To another group, I casually mentioned that the rosh yeshiva had an approach to the famous conundrum of “yediah versus bechirah,” how to reconcile Hashem’s knowledge of everything in advance with our free will. I explained that the actual answer was beyond the short time we had together, but it hinted at my rebbi’s greatness. Hours later, they came to my door: “But what is the answer?”

We are still in the Pirkei Avos season and have just recited the 48 methods of acquiring the Torah. These aspiring young bnei Torah reflected at least three of them. The second of the 48 methods is “shmias ha’ozen – a listening ear.” What did these budding talmidei chachomim reflect if not an ear totally inclined to listen to divrei Torah even if the speaker didn’t offer all the details? Although I wish I deserved their sweet vote of confidence, they thought that they were fulfilling the Chazon Ish’s edict that Torah can only be acquired from “nishmas chochom chai” (Igros 1:184). The Alter of Slabodka was known to have spoken all of his mussar talks in a whisper, so that his talmidim would be forced to incline their ears in fulfillment of “shmias ha’ozen.”

The second of the 48 methods of Torah acquisition these campers evidenced was number 42, “sh’oel umeishiv,” to ask and respond. The Tiferes Yisroel points out that this is actually only one method, not two, for Torah cannot be acquired except by one who asks questions and seeks answers. In fact, it was indeed my rebbi, Rav Hutner, who taught (Pachad Yitzchok, Shavuos, no. 9) that a person must be totally consumed by each word of and question about the Torah. His proof was from the Gemara at the beginning of Maseches Shabbos. Chazal declare that when one’s rebbi is learning a certain subject, one should not ask him about another. Although some Rishonim do explain that this is because the rebbi might not know or be prepared to give an answer, Rav Hutner followed others who disagreed. He quoted a Gemara later in Maseches Shabbos which describes what happened at Mattan Torah. Every time Hashem uttered one of the Aseres Hadibros, the world filled with an incredible perfume. Then, to make room for the next commandment, the perfume was blown away. “Why,” the rosh yeshiva asked, “did the entire world have to be filled by each command? Couldn’t one-tenth of the world be permeated by the fragrance? The answer is that each sentence of Torah, each subject, each detail, must completely absorb the one learning, to the exclusion of everything else in the world, even another piece of Torah. Thus, the rebbi cannot be asked about another subject, because his soul is on fire with what he is learning at the moment.”

And so were my young listeners. They just had to hear the entire “vort.”

These wonderful boys were also fulfilling the 43rd method of Torah acquisition, “shomeia umosif,” to listen and add. The Medrash Shmuel explains (in one interpretation) that this means that one is not bored or tired of divrei Torah, but demonstrates that he wants to hear more and more.

We all know that on Simchas Torah, we complete the Torah and then immediately begin Bereishis once again. The Tur (Orach Chaim 469) explains that we do this so that the Soton will not be able to prosecute us by claiming that we have finished the Torah and will no longer learn. Rav Gershon Edelstein (Asifos Shmuos), rosh yeshiva of Ponovezh Yeshiva, asks, “Who cares what the Soton says? We know, and surely Hashem knows, that our joy is because of the siyum, and we are, in fact, continuing to learn even after Vezos Habrachah.” He answers that the Gemara (Bava Basra 16a) teaches that the Soton, the yeitzer hara and the Malach Hamovess are the same. Therefore, first the yeitzer hara attempts to instill in us a diminishing of our spirit of devotion to learning at the end of a zeman or upon completion of a Gemara. The Tur is teaching us that we need the strengthening by redoubling our efforts to learn and grow to ever greater heights. That is shomeia umosif and that is our wonderful new generation of bochurim.

Of course, these special young men deserve much credit and praise. But let’s look at the larger picture. These beautiful neshamos have emerged from regular homes and classrooms. They are the products of American upbringings and yeshivos and rabbeim. Ashreinu, mah na’im goraleinu. May we all learn from their enthusiasm, always yearning for more and wishing that there would be no end to the divrei Torah and mesorah from earlier generations. May the warmth of these Torah campfires inspire our souls to an inspiring Elul and a successful Tishrei, be’ezras Hashem.