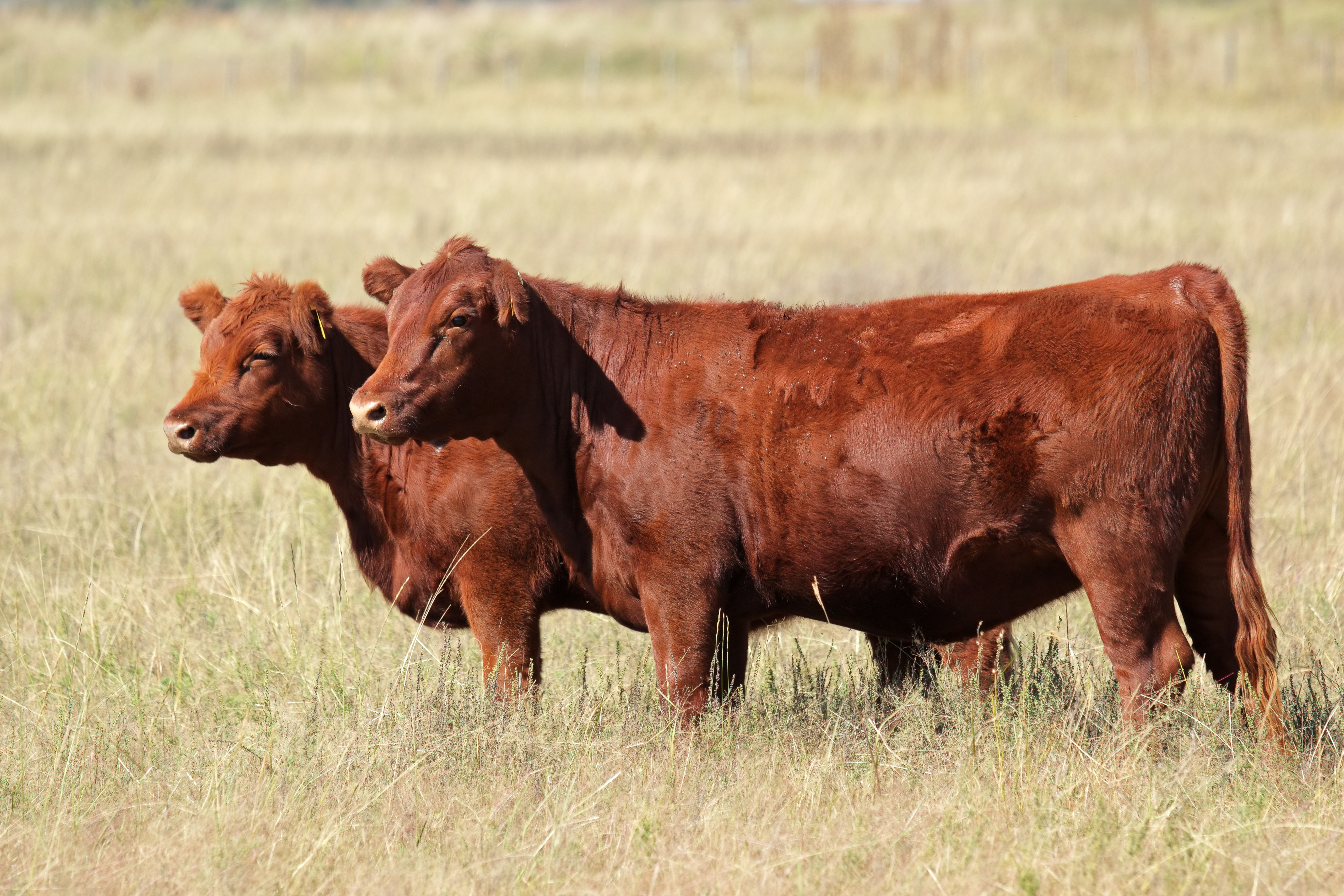 Sometimes, the order doesn’t matter. In fact, the entire Torah is structured so that we should concentrate on the subject itself, not where it is recorded or placed (Pesachim 6b). Yet, although Parshas Parah is indeed out of order, that fact is so significant that it is life-altering and has infinite ramifications.

The Yerushalmi (cited by Rashi, Megillah 29a) teaches that Parshas Hachodesh chronologically comes earlier, but “Parshas Parah was given precedence because it represents the purification of Klal Yisroel.”

Rav Gedaliah Schorr (Ohr Gedalyahu, Moadim, page 114) derives from here the crucial fact that not only did the Parah Adumah effectuate taharah in ancient times, but its reading itself also purifies. Rav Schorr proves this point from the fact that even when the ashes of the Red Heifer were available to physically purify those who were defiled, the parsha itself had to be read (see Yoma 5b and Mogein Avrohom 685:1). Therefore, even today, it is a mitzvah de’Oraisa to read the parsha because we ourselves can derive taharah for the upcoming Yom Tov of Pesach from its immaculate words.

Thus, we can get some idea of the importance of this upcoming Torah reading for ourselves and the entire nation. The Ozherover Rebbe, author of Aish Das and Be’er Moshe, used to relate that when his ancestors wished to bring about a yeshuah for a supplicant, they would tell a similar story of when someone was saved. It seems that the words of the narrative itself brought about the needed salvation. As the Ohr Gedalyahu concludes poetically, “when Parshas Parah is read, a spirit of purification descends from heaven which the listener must accept as his purification process.” What exactly does this acceptance entail? He explains that each of us must subjugate ourselves to our Creator, in the spirit of Avrohom Avinu (see Chulin 89a). Let us explore a bit of the power and potential of this incredible opportunity being placed before us this Shabbos.

First of all, let us remember that it is up to us be the willing receptacle of this taharah. The Sefas Emes (Parshas Parah 5639) teaches that this parsha is read at the end of the year (Adar is the last month before Nissan, the first in order of months) because this is a time when Klal Yisroel is motivated to become pure (see also there 5641, 5647 and Shabbos Hagadol 5642). He goes on to quote from Chazal (Shabbos 104a) that Hashem purifies one who seeks to become pure.” Furthermore, he, too, reminds us that according to the Medrash (Bamidbar Rabbah 19:8), our main cleansing comes from the holy words of the Torah themselves. (He stresses this concept also in 5633 and 5659.) In other words, this Shabbos, a treasure trove is placed before us and all we need to do is listen and let the words of the Parah wash away our sins, problems and defilements.

Once we have done so, we should feel tremendously empowered to accomplish great things. The posuk in Parshas Parah says, “The pure person shall sprinkle upon the contaminated person” (19:19). The Yerushalmi (Demai, chapter 3) relates an interesting statement from Rav Yehoshua ben Kevusi: “All my life I thought that this means that it takes one pure person for each contaminated person. However, then I learned from the Torah treasures of Yavneh that one pure person can purify many contaminants.”

Rav Elazar Menachem Man Shach used to repeat Rav Meir Shapiro’s question: “What are the Torah treasures of Yavneh?” The Lubliner Rov answered that this refers to the Rav Yochanan ben Zakai’s famous rejoinder to the Emperor of Rome who allowed him one request. “Give me Yavneh and her Torah scholars,” he responded, for he knew that each one of the chachomim would save many others and together they would rescue Klal Yisroel.

We, too, can learn from Rav Shach and Rav Shapiro to be uplifted and purified by Parshas Parah and go out and do the same for others as well.

Everyone knows that the Parah Adumah is the antithesis of logic. Those who purify become defiled; those who receive the water and the ashes become tahor. However, the Ohr Hachaim Hakodosh teaches that the essence of this mitzvah is to learn that the entire Torah is beyond human logic. We may think that we understand but in reality we must perform Hashem’s commandments because they come from Him.

Rav Chaim Shmulevitz (Sichos Mussar 5731, page 82) cites the Rambam’s ruling (Hilchos Melachim, chapter 5) that even gentiles who are keeping the Seven Noachide Laws must do so because they were given by Hashem at Har Sinai. Even though most of them are completely logical, the Bnei Noach are not considered to have fulfilled their obligations unless they accept them solely as the will of G-d.

Rav Shmulevitz concludes that this applies all the more so to Am Yisroel, who are enjoined to be avdei Hashem. Being a true servant means doing the will of the master without cheshbonos (Rav Chaim’s word), logical considerations. It would seem that we might have already learned this lesson from a year of Covid-19 and its intense curriculum of realizing that there is Higher Power running the world.

Another aspect of this lesson from the Parah Adumah is pointed out by Rav Moshe Feinstein (Dorash Moshe). The most mysterious aspect of the Parah Adumah, as we mentioned, is that it purifies the one who was defiled and defiles the one who is doing the purifying. Rav Moshe explains how we can use this lesson every day. We think that the Torah wants us to be humble and generous, but sometimes one must actually do one thing for ourselves and the opposite for others, just like the Parah Adumah. We must be completely humble when thinking of ourselves but very careful about other people’s honor, giving them the maximum of kavod. When it comes to money, we must frugal for ourselves but totally generous for others. This is both the paradox and the subtle logic of the Parah Adumah, using one criterion for ourselves and its opposite for others. Sadly there are people who also have two sets of criteria but it is hakpadah – demanding in honor – and generosity for themselves, but miserliness and dishonor toward others. Rav Moshe teaches us to extrapolate properly from the Parah Adumah.

Although Rav Moshe left us over three decades ago and we just remembered him on his yahtrzeit, the thirteenth of Adar, he seems to be speaking to us directly after this difficult year of Covid-19. As we ease once again into regular weddings and other simchos, let’s remember the Parah Adumah lesson. We did without many of the old trappings – smaller chasunos, no fancy vorts, tiny bar mitzvahs. Let’s internalize the lesson and downsize for ourselves. However, let’s also increase our tzedakos and caring for those less fortunate, as Rav Moshe taught us prophetically almost 40 years ago. Hopefully, we have all learned a bit more humility; we are in charge of nothing and there is a Creator Who is in charge of everything.

I read a short blurb in a scientific paper that begrudgingly acknowledged that that the “experts” got everything wrong for a year and they still haven’t gotten it all correct.  We may not have the red cow we need to help Moshiach bring taharah, but Covid-19 and Parshas Parah are showering us with reasons to practice anivus and a hearty dose of restraint and lack of pretension. Hopefully, between the two, we will not require any more reminders.

The Parah Adumah is indeed a holy cow, but its purpose is to render us holy not to help the bovine world. Covid-19, too, should have purified us somewhat by now as well, through yissurin, various types of suffering which we hope and pray are ending soon. But it is our responsibility and indeed opportunity to now use these hard-won gifts to be the people we can and should be. This special parsha during this special year can be a game-changer if we listen carefully, as we learned from the Ohr Gedalyahu. If we truly have become more humble, as we learned from Rav Moshe Feinstein, and we resolve to be true avdei Hashem, as we learned from Rav Chaim Shmulevitz, we can look back upon this Parshas Parah as a major turning point in our lives.