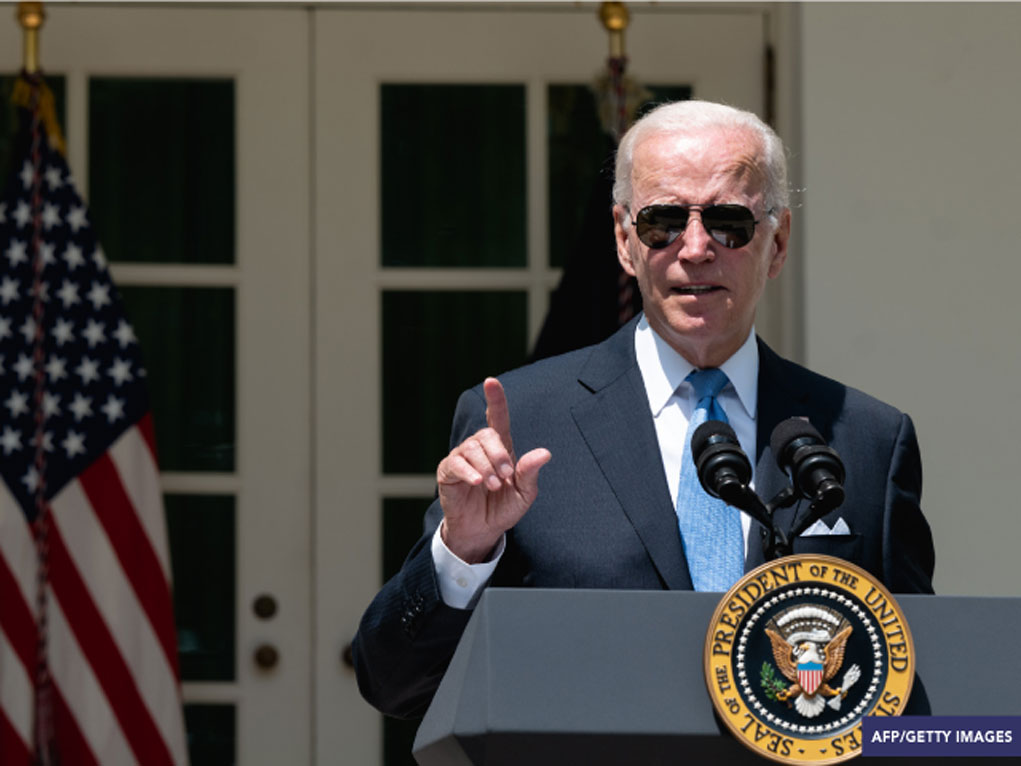 As voters across the country focus on their choice of candidates for the November 8 midterm elections, the long anticipated “red wave” has finally become apparent.

In the broadest measure of voter sentiment, the polls, which measure the typical voter’s generic preference for a congressional candidate by party, have swung decisively in recent weeks, revealing an inherent advantage of roughly 3% to the Republican candidates. The result is that pollsters have been forced to revise their predictions for the nationwide outcomes which will determine how large the long-expected Republican majority in the House will be, and which party will emerge in control of the now 50-50 split Senate.

For example, prior to the current GOP surge, analyst Nate Silver of FiveThirtyEight had been predicting a small GOP House majority, as well as a likely majority takeover of the Senate by the Democrats. But now he has been forced to hedge those bets, recently tweeting, “Was a bit skeptical of the GOP poll surge before, but I think the evidence for it is now pretty convincing, and if anything I’m more bearish on Democratic chances than our model is.”

Similarly, the widely-followed RealClearPolitics website, which features a running average of all polls in races across the country, has now upped its forecast for the outcome in the Senate from a two-seat to a three-seat GOP gain, reflecting significant recent movement in the polling of closely-watched Senate races in Nevada, Pennsylvania, Georgia, and Arizona.

In Nevada, Republican Adam Laxalt is continuing to hold a small but consistent polling lead ahead of Democrat incumbent Senator Catherine Cortez Masto.

In the Arizona, many Republican analysts had initially written off GOP candidate Blake Masters as too inexperienced to mount a credible challenge to Democrat incumbent Senator Mark Kelly, and cut off most of his outside campaign ad funding. Nevertheless, Masters continued to make steady headway in closing Kelly’s lead in the polls, with 0.7% in the latest surveys. Now that he is within striking distance of Kelly, Masters has attracted renewed ad funding. Some political analysts are now predicting that Blake is also likely to benefit from the popularity of his running mate, GOP Arizona gubernatorial candidate Kari Lake, and may ride to victory on her electoral coattails.

There has also been a similar turnaround in the Georgia Senate race. Rookie GOP candidate Herschel Walker has overcome his initial awkwardness, as well as a concerted attempt by the national liberal media to smear his personal character. He has now pulled roughly even with Democrat incumbent Ralph Warnock, whose polling lead has now been reduced to a statistically insignificant 0.3%.

In Pennsylvania, the outcome in the Senate race will likely be determined by the voters’ reaction to the long-anticipated October 25 debate between senatorial candidates John Fetterman, the Democrat lieutenant governor, and media personality Dr. Mehmet Oz, another GOP political novice. It has taken a long time for Republicans to unify behind Oz’s candidacy after his narrow primary victory. But as Oz has gradually improved as a candidate on the campaign trail, Fetterman has been dogged by lingering questions about his health and fitness for office due to his slow recovery after suffering a near-fatal stroke earlier this year. Most recently, Fetterman has proven to be vulnerable on the issue of violent crime which is surging in Philadelphia and throughout the state, because of his previously outspoken advocacy for setting most convicted criminals free from prison.

As the polls continue to tighten in the final days of the campaigns across the country, it is important to be able to evaluate just how reliable those polling numbers are. Because of the deep political polarization created by Donald Trump’s candidacy and presidency, serious questions have been raised by the assumptions which pollsters have long used to design their surveys. It is now clear that those obsolete assumptions resulted in serious, systemic errors in the polling which preceded both the 2016 and 2020 elections, consistently underestimating Trump’s support in 2016 and the surprising strength of the support for GOP congressional candidates in 2020.

To compensate for those mistaken assumptions in the current election cycle, RealClearPolitics has begun to publish both a standard polling average in each major race, as well as an adjustment which compensates for the measured bias in the polling process in the most recent election. Because the polling in so many of the current races has become so close, that poll bias adjustment is often big enough to reverse the result.

For example, in the Pennsylvania race, while the raw polling average gives Fetterman a 1.3% lead, the bias-compensation turns it into a 2.6% advantage for Oz. Similarly, using the same handicapping method to adjust the polling average, the outcomes of the close senate races in New Hampshire and Georgia are also flipped. In Georgia, applying the bias compensation turns Warnock’s 0.2% lead over Walker’s into a 1.1% deficit, and in New Hampshire, it turns Democrat incumbent Maggie Hassen’s 3% lead over her Republican opponent, Don Bolduc, into a 1.8% deficit.

While a systemic polling bias against GOP candidates has now been widely recognized, it has come into play now only because of the recent surge has all but erased the safe lead once held by many Democrats in the unadjusted polling averages.

That change in voter opinion is real and is the result of a deliberate Democrat campaign strategy which ignored the main day-to-day concerns of most voters, including inflation, a deepening recession, and soaring crime rates. By focusing instead on the Supreme Court’s decision this summer to overturn Roe v. Wade, and their obsessive efforts to demonize Donald Trump and anyone who ever supported him, Democrat candidates have given voters the impression that they are more devoted to their own ideological agenda than the needs of the American people.

In the short term, that strategic mistake, it now seems, will cost the Democrats control of both the House and Senate, and doom the remainder of President Biden’s liberal political agenda.

It is also likely to have a long-term political impact extending far beyond the current election cycle. It is now well-documented that many working-class voters, including blacks and Hispanics who have traditionally voted for Democrats, almost as a family tradition, are now re-evaluating their basic political affiliations. Key demographic components of the Democratic voter base are now in jeopardy. Nationwide, Republican voter registration is up, especially in Hispanic-populated districts. At the same time, the GOP has increased the number of minority candidates it has been running.

While it now appears likely that the Republican “red wave” will materialize on November 8, the most important challenge for the GOP leadership will be its ability to learn the proper lessons from it, transforming a one-time victory into permanent political advantage.

Meanwhile, Democrats, who know how to read polls, are scrambling to change their messaging and adapt their advertising to voters’ concerns. After setting into motion the policies that have led to the crumbling of the economy, inflation, high crime, societal changes, the open southern border etc., it will be difficult for them to effectively change their messaging and positions.

Michael McAdams, spokesman for the National Republican Congressional Committee, said that “Democrats are out of time and out of solutions when it comes to fixing the rising costs they handed voters — now they’re going to pay the price at the ballot box.”