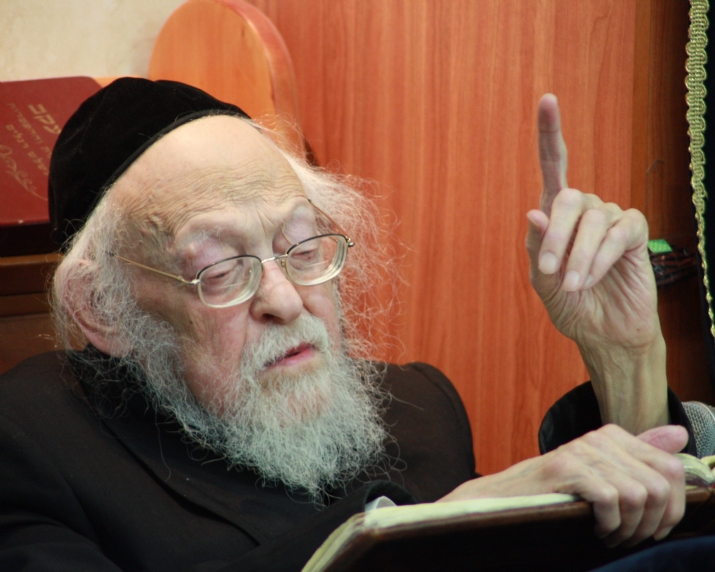 Based on a d'var torah of Rav Yosef Sholom Elyashiv Why was the Torah given with heart stopping thunder and lightning? To indicate that the Torah is not only intellectual, but the means of drawing us to knowing and fearing Hashem. This too is why there was absolute silence when Hashem said the Asseres Hadibros. The medrash says: â€œWhen the Holy One gave the Torah, no bird chirped, no bird flew, no bull bellowed, the ofanim did not fly, the serofim did not say kodosh kodosh, the sea did not tremor, people did not speak. Instead, the world was silent and quiet, and the voice went out, I am Hashem your G-d. Thus, the verse says, These words Hashem spoke to all your congregation, a great voice and it did not add.â€

“Said Rabi Yehoshua ben Lakish: What is the meaning of it did not add? When a person calls to someone his voice has an echo, but the voice that went out the mouth of the Holy One had no echo. If you are surprised at such a thing, we find that the same happened when Eliyohu came to the Carmel. He gathered all the priests and said to them, Call in a loud voice for he [Baal] is a god. What did the Holy One do? He quieted the whole world and silenced the upper and lower realms and the world was tohu vavohu, as if there was no creature in the world as the verse says, There was no voice, and no reply, and no listener (I Melochim 18:29). For if anything spoke, they would say the Baal answered us. Even more so, when the Holy One spoke at Har Sinai, he silenced all the world so that people should know there was none besides him.”

Through a combination of cataclysmic noise and utter silence, Hashem indicated that the goal of Torah, besides learning its wisdom, is to know Hashem and fear His might. Through this triple combination the Torah becomes a catalyst of constant growth. Pirkei Avos (6:1) compares Torah with those who study it, saying, “Blessed be He who chose them and their learning.” Unlike other wisdoms where the learner and the material learned are two disparate items, when it comes to Torah, the Jewish people and their learning are one.

Why does the Gemara compare a person who studies Torah to a kohen godol? Tosfos explains that this is derived from the verse (Mishlei 3:15), It is more precious than pearls (penimim), hinting that Torah is more precious than the kohen godol who enters within the innermost kodesh kodoshim (lifnai velifnim) (Avodah Zarah 3a). But Tosfos’ linguistic answer does not address a more basic issue – what is the common denominator between Torah study and the kohen godol?

When Nodov and Avihu died during the inauguration of the Mishkan, Moshe Rabeinu told their cousins, Mishael and Eltzaphan, to remove their bodies from the Mishkon. This is puzzling because it is a mitzvah for regular kohanim to defile themselves when relatives pass away. Elozor and Issamar, the brothers of the deceased, could have defiled themselves to remove Nadav and Avihu? Why was this done by their cousins?

Tosfos answers that on the day of their inauguration into kehunah, even regular kohanim have the status of a kohen godol and may not defile themselves for dead relatives. Similarly, just as a kohen godol is not allowed to grow his hair long the whole year round, so Hashem commanded the kohanim not to grow their hair long during the inauguration of the Mishkan when they were initiated into the kehunah.

For Yisroel is a lad and I love him (Hoshea 11:1). Rav Yisroel Salanter explains that a child grows so fast that his development is discernible. Hashem loves Yisroel because of their constant growth. The same can be said of the verse, For the house of Yisroel is the vineyard of Hashem Tzevakos, and a person of Yehuda the plant of His delight. Yisroel’s loveable quality is their propensity to grow and flourish like a plant or vine.

The medrash (Yalkut Shimoni, Yirmeyahu 267) says that when Hashem demanded guarantors that Klal Yisroel would always observe the Torah, he refused to accept the Avos and only accepted the children of Klal Yisroel. For the Torah is primarily based on the developing generations of the present and future. As the verse in Tehillim (8:3) expresses it, From the mouths of babes and sucklings I established a power.