Global Warming, Sefirah and the End of Days 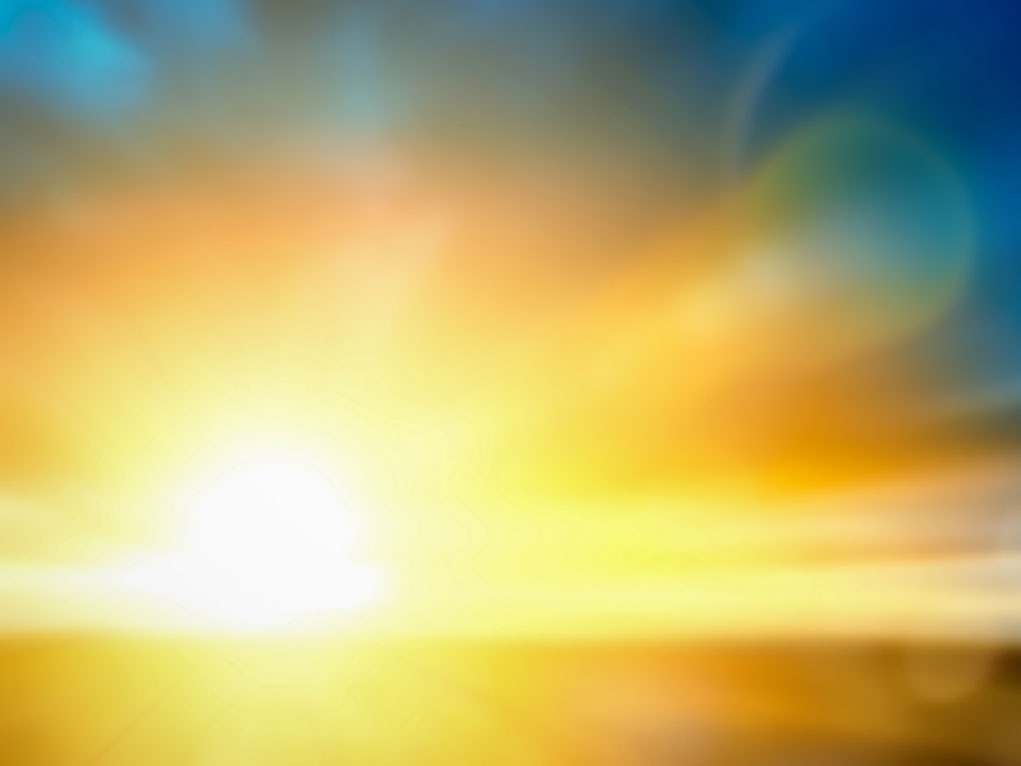 We live in a topsy-turvy world.

While a brutal, vicious war rages in Ukraine and the gulags of North Korea and Communist China grow ever larger, the leader of the free world is concerned with one thing and one thing only: global warming. President Biden’s climate czar, John Kerry, tells the world, “[Climate change] is not something that goes away. Because Putin invaded Ukraine doesn’t mean, ‘Okay, climate change is over and we don’t have to worry about it’” (quoted by CNN, Monday, April 25, 2022). Even more shocking and risible is Mr. Kerry’s assertion that “Russia’s war against Ukraine could distract the world from the climate change crisis” (Fox News, February 24, 2022). This strange misunderstanding of priorities can only be understood through the penetrating lens of Chazal and the gedolei hadoros.

In all stages and important moments in our lives, we turn to Sefer Tehillim to find meaning in its timeless words. This issue is no different, and we may turn to Dovid Hamelech to enlighten us. He sings in the name of the Bnei Korach that “Hashem is a refuge and strength for us, a help in distress, very accessible. Therefore, we shall not be afraid when the earth is transformed, and at mountains’ collapse in the heart of the seas” (Tehillim 46:2). The Ibn Ezra writes with astonishing prescience, “Because the placement of the sun moves from echelon to echelon…therefore the historians will say that a time will come that the dry land will become indistinguishable from the sea. However, this will not actually happen, because Hashem has placed a boundary for the waters so that it shall not return to cover the land.”

With the guidance of one of the gedolei Rishonim, we can now understand the current preoccupation of the nations with climate change. Even though they are unaware of their own true motivations, they are sensing the coming of Acharis Hayomim and are keenly afraid of it. Not realizing that Hashem has set boundaries and built restraints into the universe, they tremble uncontrollably about something they perceive as being beyond their power and dominion. We, on the other hand, are secure in the absolute promise of the Creator that the world can no longer be destroyed by the acts of mankind.

However, at this point, we must analyze why this must be. Why should nature seem on the verge of collapse to otherwise intelligent human beings? The answer may be found in the teaching of the Gemara (Sanhedrin 97a) that Moshiach will only come when the entire world has been overturned with blasphemy and sacrilege. The Maharal (Netzach Yisroel 35) explains that the entire format of nature as we know it must cease to exist so that the new world of Moshiach can be born and built. When all seems lost, as civilization turns apathetic and increasingly hostile to religion, it becomes propitious for the future to be rebuilt upon the rubble of today’s decaying society. My rebbi, Rav Yitzchok Hutner, always stressed that it was not despite but because the tzaddik falls that he gets up stronger and better than before.

In fact, elsewhere (Pachad Yitzchok, Pesach 17:6), he expands this concept upon the Maharal (Gevuros Hashem 12). There the Maharal notes that it was only after Yosef and his brothers passed away that the Bnei Yisroel began to grow and multiply precipitously. The Maharal explains this phenomenon with the understanding that perfection itself was their Achilles heel. The shevatim had grown into a unique unit of shivim nefesh, seventy incomparably holy souls. Yet, ironically, this very shleimus prevented them from growing even greater and rising to an entirely new level. Only after that shleimus had been broken were they able to become the new nation of shishim ribui – 600,000 strong and now an entity of eternity.

Rav Hutner teaches us all that as great as one may be, he can be limited by his own stature and achievements. If one remains defined by past accomplishments alone, he can be withheld from reaching new heights and levels. However, after faltering and stumbling, he has shattered the shackles of stagnation and can begin to rise again. Although for the moment he may seem lost, when he does rebuild he comes back ever greater, for he has broken the proverbial glass ceiling which has held him back. As Chazal (Gittin 43) taught, “A person will never fully understand words of the Torah unless he first stumbles over them.” This is the true key to salvation on the individual micro level and on the macro global level as well.

This process of growth is the essence of the days of Sefirah in which we find ourselves. Rav Yaakov Yosef of Polanya (Toldos Yaakov Yosef in Kesones Pasim, Behaaloscha 70) writes that the seven weeks of the Omer correspond to the seven times that a tzaddik falls yet gets back up even better than before. Although at first we might be surprised at this metaphor, in light of the Maharal and Pachad Yitzchok, we now understand. Sefirah is the process of transforming our 49 levels of tumah into 49 levels of taharah. Defilement into purity. We don’t attempt to mask the fact that we were sunken in such depravity. We embrace it. After our very being was so utterly tarnished and destroyed, the opportunity for uninhibited growth beckoned, free from the chains of stature and dormancy. Only then were we capable of becoming the most sublime beings in creation, those worthy of Kabbolas HaTorah.

At this point, we would do well to explore an extraordinary revelation of the Vilna Gaon. The Zohar (Zohar Chodosh, Parshas Yisro) famously teaches that Klal Yisroel was sunken in the 49th level of defilement in Mitzrayim. But it also adds another lesser known fact: “You will find in the Torah 50 mentions of the exodus from Egypt. This is to demonstrate to the world the kindness that Hashem did for Klal Yisroel that He took us out of those levels of tumah and raised us to the 50th level of understanding. For this reason, we count the days and weeks of the Omer, for each day Hashem raised us up out of one level of tumah and granted us one level of purity.

The Vilna Gaon (Peirush to Tikkunei Zohar 4:3) enumerates all fifty places to which the Zohar alludes. The seventh one corresponds to the seventh day of Pesach, when the Yam Suf split and we achieved the level of prophesy. Rav Dovid Cohen, rosh yeshivas Chevron (Zeman Cheiruseinu, page 556) cites the Sifri at the end of the Torah which interprets the words Hamorah Hagadol (“Awesome Power”) as referring to Krias Yam Suf. In other words, in just one day of this Sefirah process, Hashem transformed the people who were languishing at the bottom of spiritual depravity into nevi’im at least on the level of Yechezkel, who saw the Maaseh Merkavah. This gives us a bit of an insight into the incredible potential of each and every day of the Omer.

We can now appreciate the duality of the days of the Omer. On the one hand, these are days of absolute ecstasy. In the terminology of the Ramban (Vayikra 23:36), they are on the level of the days of Chol Hamoed. On the other hand, we find ourselves in a state of national mourning, with halachos similar to those of the Three Weeks and Nine Days commemorating the destruction of the Bais Hamikdosh. However, as we have learned, not only is this not a contradiction, but these two conditions complement each other. Only through the gut-wrenching process of mourning and destroying our previous sense of who we are can we arrive at that totally new creation and freshness which eluded us so far. In the pithy words of Rabbeinu Yonah (Shaarei Teshuvah 2:1), “the darkness will be the cause of the light.”

Many people have encountered disappointments or even outright failures, but we must remind ourselves that Hashem is only setting the stage for amazing and unlimited growth. The Chasam Sofer (Parshas Shoftim) comments on Paroh’s demanding question (Shemos 5:2), “Who is Hashem that I should listen to His word? Paroh had questions, which led to his ultimate downfall. Hashem, however, promises His nation that “any of the diseases that I placed in Egypt I will not bring upon you” (Shemos 15:26). According to the Chasam Sofer, these “diseases” refer to the malady of unanswered questions that lead to despair and destruction. Only Paroh and his ilk will experience this. But of Klal Yisroel, however, it is written, “If a matter of judgment is hidden from you…you shall rise up and ascend to the place that Hashem shall choose” (Devorim 17:8). In other words, Hashem is telling us that you will only gain from your temporary confusion and bewilderment, for it will be the catalyst for deeper insight. It will lead you to scale heights of which you never dreamed until you reach the place Hashem will choose.

Let us take these Sefirah lessons to heart. We have nothing to fear from climate change, because we are armed with Hashem’s guarantee. However, on the personal level, we must recognize the opportunity for growth, especially in our times of challenge and occasionally despair. Let’s seize these moments of personal upheaval to dream big and build ourselves back stronger and greater than ever. Let’s make this Sefirah the most memorable one of all, when will be zocheh to the geulah sheleimah bimeheirah b’yomeinu.

The author thanks his son, Rav Moshe Feitman (Kollel BMG), for his suggestions, insights and marei mekomos for this column.