The Gifts of Shiva Asar B’Tammuz 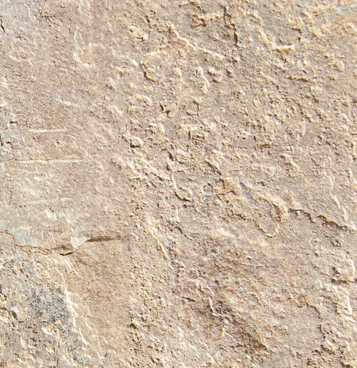 The aveilus of the Three Weeks should never be minimized. During these days of the summer, the Ponovezher Rov, whose usually cheerful visage radiated warmth and buoyancy, “changed to an almost frightful darkness. He fasted every day until at least noon, and when reminded late in the day that he had not yet tasted food, responded, “How can one eat when Klal Yisroel is drowning in pain?” (Marbitzei Torah Umussar 4:181). Indeed, we are enjoined to annually remember and attempt to relive those tragic days, so that we can rebuild the Bais Hamikdosh and restore its glory. Many halachos preclude our ability to participate in simchos and encourage introspection and an almost constant state of mourning.

Yet, there is another side to this segment of the Jewish calendar as well. The rebbe of Sadigura speaks of “a great light hidden in these days” (Avir Yaakov, Devorim 5668, page 173), and many other Chassidic seforim point to the source.

Last year (The Three Weeks of Greatness), we discussed that Parshas Pinchos often falls, as it does this year, during the Three Weeks. This parshah, which includes all of the Yomim Tovim of the year, infuses the Three Weeks with the great potential of restoring the ancient splendor of the Bais Hamikdosh and korbanos. This year, I would like to focus on another aspect of this season. We last mentioned one hidden aspect of the Three Weeks revealed by the Mezeritcher Maggid (quoted by the Kozhnitzer Maggid in Avodas Yisroel, Masei). He cites the classic posuk that refers to the Three Weeks: “kol rodfeha hisiguha bein hametzorim – all her pursuers overtook her in dire straits” (Eichah 1:3). Bein Hametzorim refers to the Three Weeks, when our various enemies have caught up with us. However, the Magid teaches us that rodfeha can also mean that “those who pursue the goal of crowning and revealing Hashem’s glory in the world can accomplish this best during the Three Weeks.”

The rebbe of Aleksander (Emunas Moshe, Bamidbar, page 188) explains this process: “When someone is, unfortunately, surrounded on all sides by trouble and distress, Hashem assigns a rodef to pursue him. At that point, the victim who is being pursued will be helped, because, as Dovid Hamelech (Tehillim 69:27-34) teaches us in the chapter when we seem to be drowning in our troubles, “atah asher hikisa rodofu – the one whom You smote they persecuted… May they be erased from the book of life… For Hashem hearkens to the destitute.” This means that when it seems as if, G-d forbid, Hashem has just added another enemy to our suffering, that moment was actually the beginning of our salvation.

We might add that the Vilna Gaon also discovers such an approach to Hashem’s hidden kindness, embedded in the Tochachah itself, which on the surface appears to be a litany of curses and punishments. The posuk (Vayikra 26:17) states, “Venastem ve’ain rodef eschem – And you will run, but no one will be chasing you.” The Vilna Gaon (Divrei Eliyahu) wonders, what is so bad about being pursued with no one behind you? Is it the paranoia that is so painful? He answers that the posuk (Koheles 3:15) teaches us that “Ha’Elokim yevakeish es hanirdof – Hashem is on the side of the underdog, the one being pursued, the victim.” However, if there is no one there and one is merely running out of blind fear, he is not really a nirdof and not automatically entitled to Hashem’s protection.

Thus, with the Maggid and the Gaon, we can begin to appreciate that during the Three Weeks, when we seem to be surrounded by rodfeha, Hashem is actually putting us in the position of becoming eligible for His absolute mercy and compassion, even if we do not yet fully deserve them.

We may understand this more deeply in light of the words of one of our classic meforshim on Chumash. The Kli Yokor (beginning of Devorim) explains the significance of Moshe Rabbeinu’s words having been spoken “bein – between” Paran and Tofel. As Rashi points out in the name Rav Yochanan, “there is no such place as Tofel.” The Kli Yokor explains that Paran refers to the sin of the meraglim and Tofel refers to the sin of the Eigel. He goes on to point out that the word bein evokes the same word in the posuk about the Three Weeks, bein hametzorim. The significance of this juxtaposition is that the nation can generally be saved either if we have strictly maintained our bein adam lamMakom, our absolute respect and closeness to Hashem, or our bein adam lachaveiro, our love for our fellow Jew. However, the sin of the Eigel destroyed our single-minded devotion to Hashem, and the sin of the meraglim, which generated internecine hatred, destroyed our unequivocal ahavas Yisroel. That, concludes, the Kli Yokor, is our precarious status during bein hametzorim. We were stuck between the proverbial rock and a hard place, between sins that precluded our salvation.

Indeed, the Chofetz Chaim, in his introduction to his eponymous work, writes that while the Gemara (Yoma 9b) reveals that the second Bais Hamikdosh was destroyed because of sinas chinom, baseless hatred, it was actually because of the lashon hara that stems from sinas chinom (see also Bais Halevi, Parshas Bo, and Gevuras Yitzchok, page 139).

In any case, it is clear that our problem during the Three Weeks was that we needed a zechus, some kind of merit, to be saved. We can now understand the great chesed that Hashem did for us by making us a nirdof. Even if we had no zechusim at all, just having rodfeha was able to save us, although each of the Botei Mikdosh was destroyed in the process. Thus, we can begin to appreciate the incredible kindness Hashem did for us at this time of the year, although it is hidden inside justice and rigor.

Perhaps we can comprehend all this with a moshol that the Sabba Kadisha of Radoshitz related on the yahrtzeit of the Arizal, the fifth of Av (see Habein Yakir Li Ephraim 2:188): “A man habitually got up late every day. His wife desperately tried to wake him for davening, but he always missed the deadline. The summer went by, even Elul with the blowing of the shofar, all to no avail. Finally, on Rosh Hashanah morning, the persistent wife screamed, “They are already blowing shofar.” Somehow, the Rosh Hashanah shofar roused him and he ran to shul, still in his pajamas. Of course, he became a laughingstock, but up in heaven it was announced that in honor of his humiliation, all of his sins were forgiven.” The Sabba Kadisha would conclude: “We didn’t take the Three Weeks seriously enough, so we needed to become embarrassed, and that will save us.”

We can now add that just becoming a nirdof can also be sufficient for Hashem to be on our side and forgive us for the sins of both sides of the metzorim. This may also be the meaning of the Medrash Eichah that “we were shamed, for we heard words of disgrace” (Yirmiyahu 51:51) refers to Shivah Asar B’Tammuz, and the next part of the posuk, “embarrassment covered our faces,” refers to Tishah B’Av. Perhaps the Medrash, according to the Sabba Kadisha, is consoling us that if we truly feel the humiliation of these days of shame, that can be the source of our salvation.

I would like to conclude with a Shivah Asar B’Tammuz story that seems to be unrelated to our theme, but perhaps actually gets to its essence. Rav Chaim Leib Balgali, who served with distinction as a rov in New York, learned in Radin as a young man. Of course, in the 1920s, there was no air conditioning in Radin, and one 17th of Tammuz, it was a particularly sweltering day and young Chaim Leib and his chavrusah could not concentrate on their studies, so they decided to “talk in learning” in the somewhat cooler fields and forests surrounding the yeshiva.

As they approached a certain back road leading into a deep forest, they heard a gentile farmer call out to them, “Good day to you. How are you?” The boys responded in kind, but before they could say much, he suddenly demanded, “And how is Yisroel Mayer?’

The boys were, of course, stunned both by the question and the familiarity with which he addressed the beloved sage. “You seem surprised that I know your rabbi, so please let me explain. I get up very early to work in the fields and I usually work at that time alone. All of a sudden, I heard cries, which I thought might be a wolf. I was afraid for the safety of my sheep, so I followed the strange sounds to their source. There, to my shock, I came upon a man lying on the ground, weeping bitterly, his body shaking with paroxysms and shudders. I approached the man gingerly and inquired about his profound weeping. When he arose, I noticed that he was a Jew and probably a rabbi. He immediately apologized for disturbing me and explained, ‘My name is Yisroel Meir and I am your neighbor here in town. I have just published a book for my fellow Jews about our laws, and I came here to pray to our Creator that my book should not cause anyone a problem or lead them to make mistakes and sin.”

The gentile concluded, “Until this very day, I cannot even imagine how much care and concern a man can have for his nation” (Me’ir Einei Yisroel and Rabbi Aharon Zakai, Otzros Aggadah, chapter 63).

I am sure that the farmer did in fact display great respect for the Chofetz Chaim. However, for us, the lesson we, his talmidim and beneficiaries, can learn from the great tzaddik is a Shivah Asar B’Tamuz lesson indeed. The Chofetz Chaim taught us that it is not enough to be mezakeh Yisroel, to do amazing things for Klal Yisroel for all eternity. Even the Torah, the seforim and the chesed must be absolutely perfect. On Shivah Asar B’Tammuz, when we attempt to bring merits, not chas vesholom demerits, to Klal Yisroel, we fast and we daven that our actions will nullify the transgressions done long ago on this day. Then, like the Chofetz Chaim, we daven even more intensely that everything we do be so flawless and impeccable that it will restore our past glories to the point where we can once again rebuild the Bais Hamikdosh as pristine and perfect as ever.

May we, too, use Shivah Asar B’Tammuz and the entire Three Weeks productively, so that we can turn these days into the Yomim Tovim they have the potential to become.