German Hero Trashed In His Own County 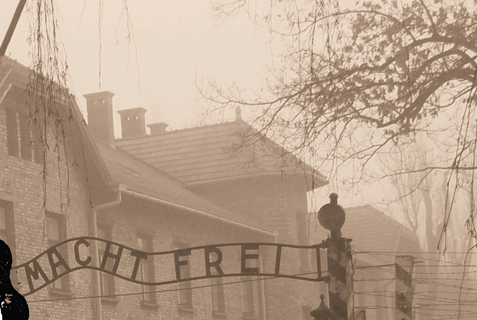 A German judge who fought for pension claims of Nazi victims moved court proceedings to Israel, where he could interview survivors, and ultimately changed the course of German jurisprudence. He reached a settlement last week with members of the German judiciary who were infuriated with him.

Judge Jan Robert von Renesse had been accused of causing “reputational damage” to German judges after colleagues complained he had publicly criticized their decisions, and had intervened to help Holocaust applicants in a manner “not appropriate for a judge.”

Renesse had flown to Israel numerous times to interview more than 120 elderly Holocaust survivors, insisting it was important for them to tell their stories in person. The vast majority of those who appeared before him with pension claims won their cases. He was also instrumental in reversing the decisions of other judges who had rejected applications.

Renesse was subjected to considerable harassment in Germany for his actions, including a “defamation” lawsuit that could have resulted in serious fines and disciplinary measures, including being fired from his job. His docket of ghetto pension cases was taken from him and given to other judges and he was transferred to other branches of the judiciary.

With the out-of-court settlement in Germany’s North Rhine Westfalia (NRW), the terms of which are being kept confidential, disciplinary charges against Renesse have been dropped.

JEWISH GROUPS STAND BEHIND A FRIEND

Jewish groups, including the Conference on Jewish Material Claims Against Germany, the World Jewish Congress, the Simon Wiesenthal Center and many Holocaust survivor groups, had rallied behind Renesse, calling on the German Justice Ministry to recognize the justice of his actions.

The Center of Organizations of Holocaust Survivors in Israel launched a petition to North Rhine Westfalia’s governor, stating, “We feel deeply indebted to Judge von Renesse. He should be commended for his actions, not punished. We find it unacceptable that a judge who has helped Holocaust survivors should be punished for that.”

Another letter, signed by Jewish and Holocaust organizations, noted, “In the Jewish world, Judge von Renesse enjoys great appreciation and esteem. At a time when nearly 95 percent of [ghetto survivor] applicants were turned down, Judge von Renesse traveled to Israel and listened in person to former ghetto workers in order to allow their testimony to be included in the decision-making process. This approach was groundbreaking and Holocaust survivors acknowledged this with much gratitude.”

Renesse’s involvement in the ghetto-pension saga began in 2002, when he became responsible for claims filed by ghetto survivors from Israel at the Higher Social Court in North-Rhine Westfalia.

Years earlier, in response to international pressure during the “Holocaust housecleaning” era of the late 1990s, the German parliament in 1997 had unanimously passed the “Ghetto Pension Act.” That law affirmed that work carried out in the ghettos could be recognized as employment time under German pension laws.

Lawmakers expected no more than 700 survivor applications, an absurd miscalculation given that the Nazis had created more than 1,150 ghettos. The Warsaw ghetto alone held more than half a million Jews. To the alarm of the German government, approximately 70,000 former ghetto residents filed claims for pensions.

The pension-funds administrators denied almost all the claims on the grounds that claimants had failed to produce pay stubs or other proof they had performed voluntary work. In addition, many applicants had cited ghettos and camps on their applications that administrators said were “unknown.”

The pension funds authorities also argued that those who had worked in the ghettos were forced laborers, not voluntary ones. They were therefore entitled only to compensation paid by the Finance Ministry, not from the public pension fund. As for boys barely in their teens, they were considered too young to have held proper jobs, the administrators pointed out.

Nearly all of Renesse’s colleagues at the Higher Social Court in NRW sided with these authorities. Von Renesse believed their position was misguided. He criticized the German judiciary for its insistence on survivor documentation. “How can we, as Germans, say to survivors, ‘It’s your fault you don’t have papers’?” he demanded. “It’s our fault.”

Renesse was also perturbed at the haste with which the courts dismissed claims. “I was shocked that the judges, my colleagues, didn’t turn to historians,” he was quoted as saying. “They went into Wikipedia and got a partial list of ghettos from there. If the survivor was in a ghetto that wasn’t mentioned there, his claim was denied. I told them it was unacceptable, that they had to consult a historian. They said it was expensive, required a lot of time and that Wikipedia was sufficient.”

UNDERSTANDING THE LIFE OF A GHETTO JEW

Renesse went on to commission 36 historians to pore through archives in Eastern Europe and research the living conditions in the ghettos. They composed a comprehensive study in addition to some 500 reports on how Jews lived and worked in specific Nazi ghettos.

Renesse didn’t stop at archival research; he went to the victims themselves. In an unprecedented move, Renesse moved the court proceedings to Israel, where the survivors, many too old and ill to travel, could recount their testimonies to him in person. This was the first time a German judge had conducted official business on Israeli territory.

“In every court case the judge talks to the parties. Why shouldn’t I be allowed to talk to the survivors?” Renesse asked in an interview with Haaretz. A true picture could not be acquired from questionnaires and application forms, he added.

“I couldn’t imagine just sending out some questionnaire and saying, ‘Here, write down what it was like in the ghetto in three lines. Forget that your parents were murdered there and just tell us, did you enjoy the work?’ I couldn’t see that as anything other than demeaning.”

Between 2007 and 2010, von Renesse visited Israel eight times and heard the testimony of about 120 people in Jerusalem and Tel Aviv. He even required the managers of the pension funds to come from Germany to Israel for the proceedings so they would gain a better understanding of conditions in the ghettos. Anyone who refused was fined.

Judge Renesse’s trailblazing effort changed the course of German jurisprudence. His findings led the state social court in Kassel in 2009 to change the rules and permit pensions for ghetto workers who had received a piece of bread or a bowl of soup as “payment” for their labor.

In addition, the court ruled, the very fact that the victim remained alive in a ghetto was now understood to be proof that he or she had worked, as anyone who did not work received no food rations and died of starvation or was deported.

Another fallacy about ghetto children was corrected; it was now accepted that these children did indeed perform adult jobs for a few scraps of bread to keep themselves alive.

With the rules changed, all rejected applications were reviewed and today, 60,000 have been approved. In addition, at Renesse’s urging, German lawmakers in 2012 changed the rules to make the pension payments retroactive to 1997. A typical monthly pension is between 200 and 300 Euros. (A Euro today is worth about $1.12.)

The new legislation came too late for many of the elderly survivors. As the legal wrangling was playing out, thousands of claimants had died. For many others, it took a groundbreaking Holocaust study made public in 2013 to finally pry open the door to compensation.

The study, by researchers at the U.S. Holocaust Memorial Museum, had uncovered the histories of thousands of Nazi death camps and slave labor camps that no one, including prominent Holocaust historians, had known about.

The researchers spent 13 years analyzing evidence for a study called “The Encyclopedia of Camps and Ghettos.” They found that the Nazis imprisoned and killed up to 20 million people in extermination and slave labor camps, operating more than six times the number of camps than previously thought.

One of the lead researchers in the project, Geoffrey Megargee, said he and his fellow researchers expected to find approximately 7,000 slave labor, POW and death camps. But over the years, they discovered more and more camps in the Nazi kingdom of death. The numbers skyrocketed to 11,500, then 20,000, then 30,000, and finally 42,500.

Megargee and co-researcher Martin Dean have compiled the thousands of sites in a 7-volume encyclopedia-in-progress. The NY Times article quoted a Holocaust restitution attorney who said that the new findings would help many survivors whose claims had been rejected because the victims were in a camp or ghetto that the German government refused to acknowledge.

Now these sites have been historically verified, clearing the path for aging survivors to secure compensation for their Holocaust labor.

For his dedication to helping thousands of victims of the Nazi regime receive some measure of justice, Renesse was honored in Israel, becoming the first German judge to address the Knesset. “I’m not fighting only for the survivors,” Renesse told an Israeli newspaper. “I’m doing this for the integrity of the German court system.”

Back home in Germany, his actions were not only not appreciated by the majority of his judicial colleagues; they drew anger and retaliation.

After the pension law was changed, Renesse suddenly found himself stripped of all his ghetto pension cases. His application for the post of presiding judge of one of the court’s judicial divisions was blocked. He was transferred to a different department where he now reviews disability status claims. Insiders say he has even been restricted from speaking to the press.

One therefore has no idea what Judge von Renesse thinks about the steep price he’s had to pay for the remarkable page he’s written in the annals of Holocaust restitution. But a few comments he made to an interviewer in 2013 may offer a glimpse.

“When I think back to all the encounters I had in the courtroom,” the 50-year old Renesse recalled, “I am deeply moved by the conduct of the Holocaust claimants. These extraordinary people, who endured so much and managed to build new lives, still had the grace…the magnanimity to show a gesture of reconciliation to a German. That will always stay with me.”