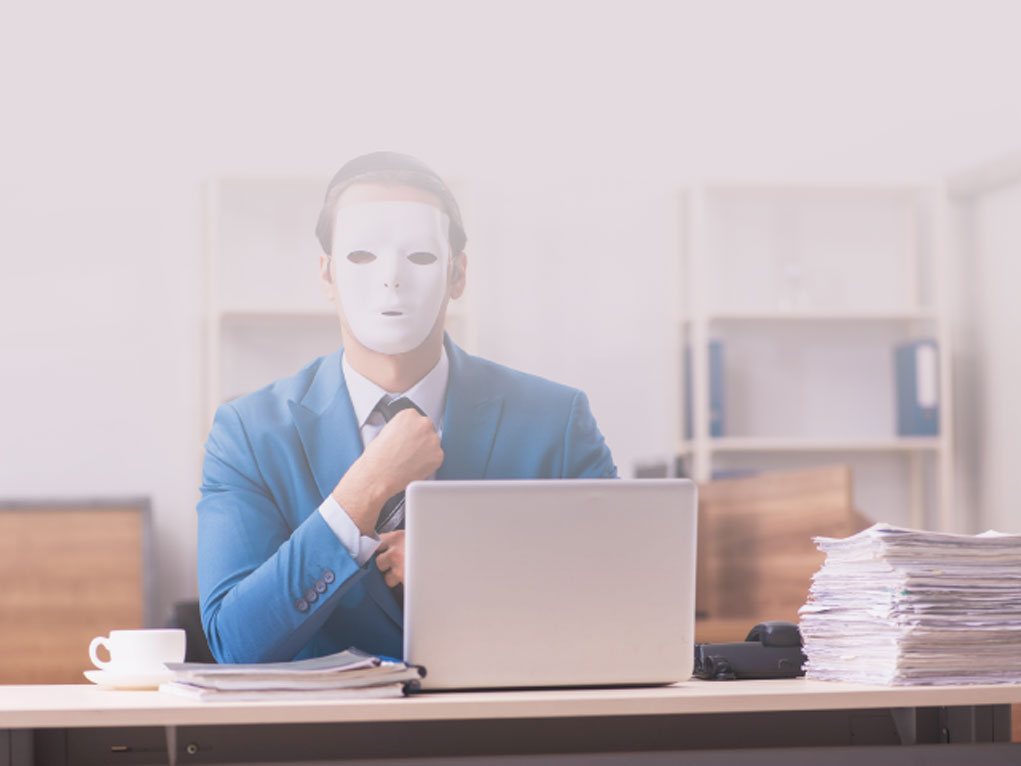 To one degree or another, we all have two faces.

One of them is our public face, worn for the benefit of others. The other is our private face, which can sometimes look very different. The more exalted a person is, the more the two faces resemble one another. The goal, of course, is to be tocho k’baro: to wear the same face at all times, whether anyone is looking or not.

A worthy goal, and one which can occasionally call for a serious readjustment of our priorities.

Most of us do not consciously engage in being hypocritical, manipulative or untruthful. At times, however, our insecurities or other emotional needs can prompt us to do the two-faced dance. To put on a show that is not strictly consistent with the emes. To stretch the truth just a bit for appearance’s sake.

The gamut runs all the way from completely harmless and innocuous… to the other end of the spectrum, at the far extreme of evil. Allow me to offer a few examples.

I once visited an old friend whom I hadn’t seen in a while. While we chatted and caught up on Shabbos afternoon, I noticed that her young children were dressed in simple, almost casual clothes. Later, when we decided to take the kids out for a walk, my friend changed them into sparkling white outfits. She deposited the children in their double stroller, and off we went to show ourselves to the world.

Is it hypocritical to let one’s kids play in casual clothes indoors on Shabbos, while dressing up in pristine outfits before setting foot outside one’s door? Hardly. There is nothing wrong with letting your kids be comfortable when playing in the house and making sure that they are clean, neat and Shabbosdik when outdoors. Nobody who sees them will be fooled into believing that those kids went through all the preceding hours of Shabbos in pure white outfits without incurring so much as a single stain. They understand the situation because it is one that they have been in themselves.

In this case, my friend did something for appearance’s sake that was completely appropriate. Although she was, in a sense, putting on a show for the benefit of the world beyond her front door, we cannot label her actions “two faced.” If it is, then I’d venture to say we’re all guilty of the same crime.

Let’s move on to the next scenario: the man in shul who always takes just a little longer to daven than everyone else. Not because he is especially pious or because his connection to Hashem is deeper and more genuine than that of his fellow worshipers, but rather because he wants them to think so. He is not hurting anyone; he is “only” giving them an erroneous impression of his level of religiosity. Somewhat underhanded and discomfiting, to be sure, but not actively harmful to anyone around him.

Our reaction to such a sight would tend to be compassionate rather than condemnatory. Poor guy, more worried about the impression he’s making on those around him than about forging a true connection to Hakadosh Boruch Hu. He’s the only loser in this game.

Our next case takes being two-faced to the next level. I’m talking about someone who has such a need to be admired and respected that he falls into the habit of exaggerating, boasting, and even lying about himself, his connections, and his accomplishments. Reality matters less than what he can do with it. The truth is like Play-Do in his hands, a malleable substance to be shaped at will.

Such people fall into two categories. The first, more innocent one, is where an individual craves attention or recognition to the extent that he is driven to stretch the truth, sometimes out of all recognition. Everything he buys is the best deal of the century. Everyone he knows is rich or important. His children are peerless and his achievements unparalleled. He allows his insecurity to dictate his speech: instead of reflecting emes, it gives the listener an accurate picture of nothing but speaker’s own deepest cravings and fears.

You might say that such a person’s uneasy relationship with the truth harms no one except himself. While his middos will undoubtedly suffer, he doesn’t really hurt anyone else by giving them an exaggerated impression of his talents, know-how, or connections. Those who see through him will merely roll their eyes, while those who do believe him generally come to no substantial harm through it. At most, they will have wasted their time and emotional energy admiring someone who is not as admirable as they believe.

Which brings us to the next category: those who lie or obscure or manipulate the truth in a way that can be harmful to others.

When this kind of individual exaggerates in an effort to get others to invest in his business, his inflated and often baseless enthusiasm can leave the other person’s pockets considerably emptier. When she hides or twists the truth in matters of shidduchim, a bad match or a disastrous marriage, r”l, could result.

And those are only the more obvious kinds of damage that can result when a person worships appearances more than truth. A child whose parent behaves beautifully in public, but rips off the mask to show a snarling monster at home, will rob the child of his trust not only in his parent, but of people in general. Being two-faced, in these cases, can wreak real and lasting harm to those around us.

The last, and most egregious, category belongs to those thankfully few twisted individuals who use appearances for the sake of evil. Who create a lovely external impression for the purpose of luring in victims to satisfy their selfish drives and desires.

This is different from the above category, in that the first group will often create a false impression out of mistaken good intentions. They believe that others (as well as themselves) will ultimately benefit by investing in their business. They hope, however wishfully, that the problematic shidduch will turn out just fine for both parties. While their short-sightedness is wrong and problematic, they are not active purveyors of evil. Those who fall into this last category are.

Thus, we have the charismatic promoters of Ponzi schemes and the seemingly devoted educator or therapist on the prowl for victims to satisfy twisted hungers. Here, the hypocrisy is not an inadvertent fallout from some emotional weakness. It is the weapon with which the predator hunts his prey.

Thankfully, this group constitutes a tiny fraction of society. The rest of us fall somewhere else on the spectrum, mostly clustering near the harmless end.

The gamut may run from innocuous to evil, but those two contradictory faces are always in play.

Hypocrisy. An ugly word for an ugly concept. Being social creatures, we all fall into the trap to some extent or other. We all want to look good to our peers, sometimes at the expense of strict honesty.

To do this is to lose our hold on reality. Hashem is reality, which is why His seal is emes. There is a fine line between absolute adherence to truth and the little games we play with the truth now and then. Most of the time, the games are harmless. But the danger always lurks. And it is a real one.

The stronger we build up the wall between emes and non-emes in our own minds and characters, the closer we will come to achieving our highest purpose: emulating the ways of Hashem Himself.