Fixing the Fakes, Overtaking the Lies 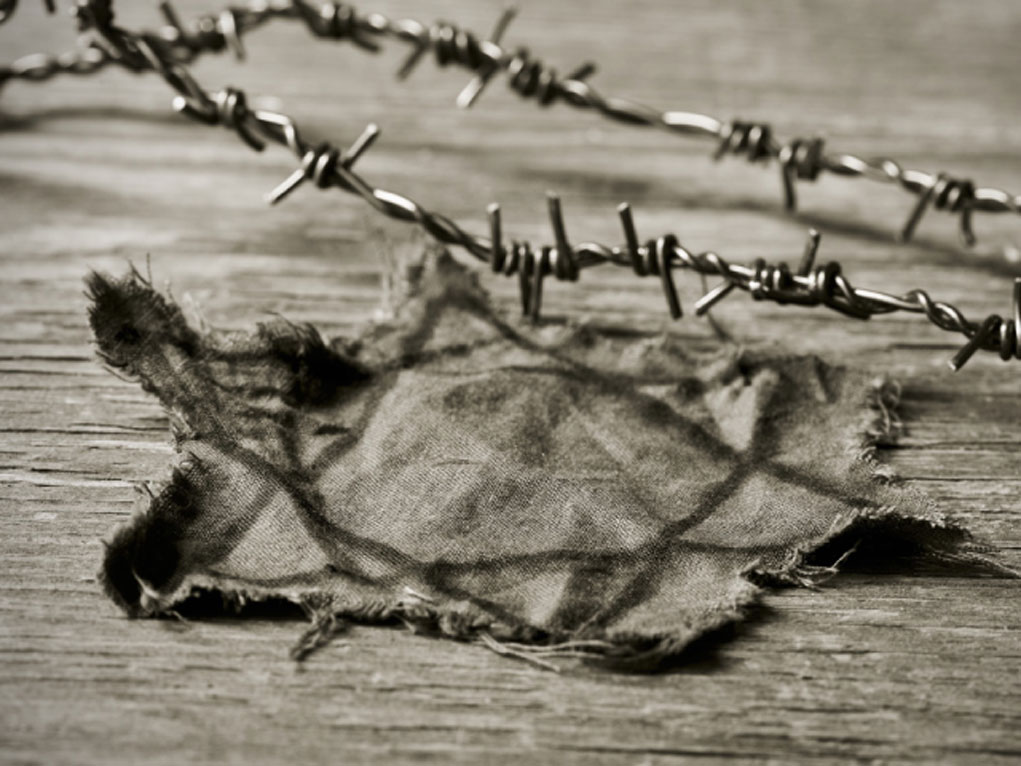 Our esteemed editor, Rabbi Pinchos Lipschutz, shared with us last week in his editorial his view of “A Fake World” which we are currently experiencing. I would like to add a powerful example to his trenchant observation and perhaps somewhat of a partial remedy.

I have often been unsparing of the New York Times in these pages. The criticisms of the “paper of record” have been well deserved and probably not sharp enough. However, this past week (Sunday Review, January 30, 2022), the Times published a report for which it is to be commended. Jan Grabowsky, a professor of history at the University of Ottawa, presented his unassailable case against “The New Wave of Holocaust Revisionism.” I review this article just after commemorating the yahrtzeit of my mother, Faiga bas Shlomo Yaakov. She survived at least five concentration camps and the anti-Semitism which led up to their inevitable murderous results. But it was my father z”l who always shared with us that the Poles of his youth were at least as brutal and sadistic as the Nazis when he was growing up and later dragged to the atrocities of Auschwitz and Treblinka.

Now, we hear from Prof. Grabowsky of the new “Holocaust Distortion” wherein “a dangerous new threat…is spreading rapidly today in Eastern Europe: Holocaust Distortion.” The new approach of the Polish government is to “redirect the narrative” by unveiling monument after monument to individual Poles who attempted to save Jews, at the expense of even mentioning the truth of how many Jews were brutally murdered with the aid and often complicity of ordinary Poles. This approach has created so much obfuscation of the truth that “according to a national poll published in 2020, nearly half of Poles today think that Auschwitz is most of all a place of Polish suffering.” As if this fact is not contemptible enough, it is clear that “a false equivalent of victimization” has been fostered between Jews who were slaughtered mercilessly by the hundreds of thousands and Polish citizens who were just not as comfortable during the war as they were before.

All of this is not to say that we are ungrateful for heroic gentiles who risked their lives for their Jewish neighbors. Indeed, Yad Vashem has been more than generous in recognizing righteous gentiles in general and 7,000 Polish chassidei umos ha’olam in particular. However, it is one thing to acknowledge a few courageous individuals who stepped forward while ignoring the suffering of the Jewish masses and the egregious cruelty of many. Let us get just a glimpse at some of these moral lapses and outright Polish anti-Semitism, even just as enumerated in this brief report:

The testimony of Adam Starkopf, who escaped the Warsaw Ghetto, was recorded in his memoir “Will To Live.” In it, he records that he heard the sound of Jews “being dragged through the snow to barns and stables” by willing co-conspirators in the Polish countryside. This story echoes what I heard from my father about growing up in Poland. Furthermore, “Mr. Starkopf looked Aryan enough to pass as a Pole. A group of Polish villagers invited him into their plan to hunt down, rob and then turn over Jews who had escaped from a cattle car. ‘Just think: All these Jews lying on the ground, ready for the taking! It’s a windfall. We’ll take their clothes, clean out their pockets, and on top of that we’ll get a reward from the Germans for bringing them in.”

Another scenario which would undoubtedly evoke a Torah connection from anyone who has learned a posuk of Chumash came from survivors of Treblinka, including my parents: “Many remembered extreme thirst. They also recalled groups of Polish railway workers and Polish youths who stood close to the cattle cars ready to hand over water – in exchange for gold or cash. In their oral histories and written accounts, survivors described how they were met not with compassion but with greed. Jankiel Wiernik…recalled how terribly hot the day he arrived in Treblinka was. From the train, he saw Polish locals selling water to desperate Jews. Abram Jakub Krzepicki remembered that people in the wagon were dying of thirst. He described terrible scenes of Jews pleading with the workers, handing over fistfuls of money for a mere half a cup of water.”

Which of us reading these harrowing scenes does not think immediately of the words of the Torah about the people of Amon and Moav: “because of the fact that they did not greet you with bread and water”(Bamidbar 23:5). Now let us imagine. Amon and Moav are not accused of murdering us or even benefitting from our difficult situation. They are forever rejected because of their lack of compassion. One of the meforshim (Meilitz Yosher) writes that Amon and Moav are eternally reviled because their act of cruelty was barbaric and devoid of any humanity. They acted with no compassion for innocent suffering and so are rejected forever. The Poles who took advantage of our victimhood and being taken to our deaths were infinitely worse than Amon and Moav. And yet, under the “new wave of revisionism,” we are to believe that the average Pole was heroic and totally innocent of anti-Semitism.

Now, let me be very clear. The chiddush here is not that Eisav hates Yaakov and is willing to murder and destroy him. It is that seven decades after the churban of European Jewry, one lonely Polish hero, as described in the Times article, is elevated and equated by the Polish government to the status of the 900,000 Jews who were murdered in Treblinka. This kind of rewriting of history is undoubtedly part of the sheker Chazal taught us long ago to expect in the days before Moshiach. The Gemara (Sotah 49b) teaches that during ikvisa demeshicha (the days before Moshiach), the truth will be difficult to find. Chassidim teach (the rebbe of Koidinov quoted in Perakim B’mishnas Hachassidus, page 112) that unlike many other middos which can be manifested in many ways, there is only one truth. In the world before Moshiach, there will so many claims upon the truth that sometimes even righteous people will be unable to discover what is truly emes.

We, however, now know how suffused the world is with absolute sheker. We must simply hold tightly onto our Toras Emes as an antidote against the prevarications constantly being thrown at us.

So what can we do about this “Fake World,” as our editor called it? We can’t change those fake politicians, leaders and so-called journalists. But we can change ourselves.

Rav Chatzkel Levenstein was asked to deliver a hesped upon Rav Eizik Scher, the Slabodka rosh yeshiva, about whom he had much to say. Yet, strangely he turned down the request. Later, he explained his reasoning to his family and talmidim. “You are of course aware,” he explained, “that my dear grandson recently passed away. I was afraid that as I deliver the eulogy upon the rosh yeshiva, I would begin to cry because of my private grief. However, people would think that I was overcome with anguish over Rav Scher, which would be geneivas daas, a dishonest display of emotion. I was not permitted to risk this kind of falsehood” (Kuntres Maalos Hatefillah, page 11).

Perhaps this kind of dedication to the absolute truth is beyond most of us, but at least attempting to emulate our gedolim can help to diminish the power of sheker so pervasive in our times. A lesson from this past week’s Daf Yomi will illustrate how we can always learn from earlier generations. The Alter of Slabodka was once present when his talmidim who had been up all night learning on Shavuos ate cake and drank coffee before davening could begin, finishing the night with a hearty dance. The Alter questioned them sharply. “Are sure you are dancing because of the Torah? Perhaps you are just happy to eat and drink?” Rav Isser Zalman Meltzer, who was then a ram in the yeshiva, was surprised at the Alter’s skepticism toward his talmidim. However, the Alter immediately referred them to the Gemara (Moed Koton 20b) which records: “Mar Ukva wished to conduct himself like a mourner over his brother-in-law’s petirah. However, Rav Hunah objected, “Perhaps all you really want is the mourner’s meal?” The Alter concluded, “If our holy sages suspected Mar Ukvah of such considerations, shouldn’t we certainly suspect ourselves?” (Tenuas Hamussar 3:232). We, too, can only fight sheker with extra doses of the best antidote of all, the power of emes.

One final example of how careful we must be to be truthful, especially in the face of all the mendacity arrayed against us. Rav Boruch Ber Leibowitz, author of the Birkas Shmuel and rosh yeshiva of Yeshivas Kamenitz, was crossing the border to enter into Poland so that he could return home after World War I. The guard asked him if he was a Polish citizen. Although his life was at stake, Rav Boruch Ber could not lie. “I am not a Polish citizen, but I do have students in Poland.” The Polish guards were so impressed with his honesty that they allowed him to pass through with great respect (Ishim Shehikarti, page 119). Perhaps just as Rav Boruch Ber overcame the Polish powers with his integrity, we, too, can help to overcome the modern Polish hypocrisy with our own commitment to the absolute emes.