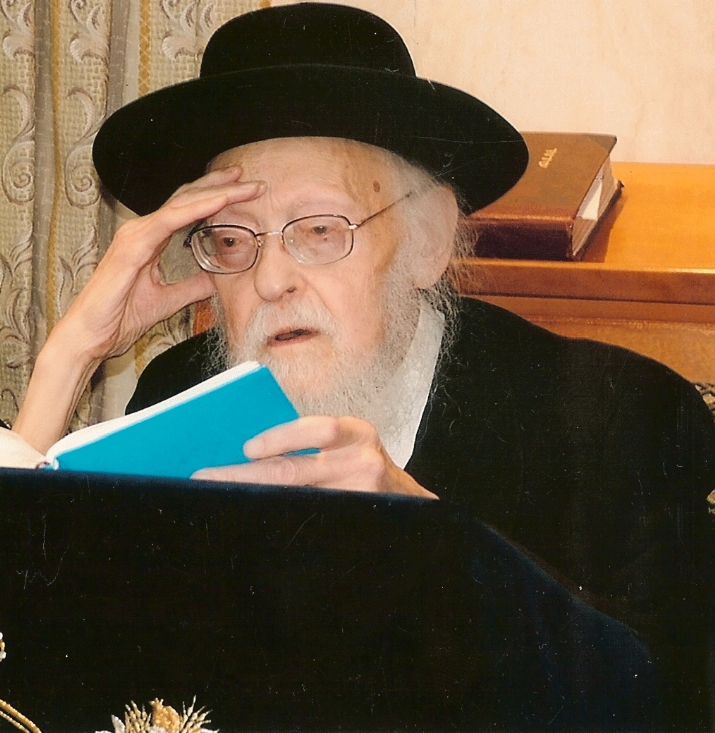 Based on a Drosha of Rav Yosef Sholom Elyashiv According to the medrash (cited by Baalei Tosfos, Shemos 30:13), all the redemptions of history lead up to one glorious climax. All five fingers of the Holy One's right hand moved towards the unity of redemption, the medrash says. With His small finger indicating like this, He showed Noach how to make the ark, as it says, Like this you shall make it (Bereshis 6:15). He used the second finger to strike Egypt, as it says, This is the finger of Hashem.Of the third finger, the amah, the verse writes, Luchos of stone written with the finger of G-d (Shemos 31:8). With the fourth, next to the thumb, He showed Moshe the [new] moon (see Rashi Shemos 12:2). With the thumb, He showed the half shekel as it says, This you shall give (Shemos 30:13). In the ultimate future, the Holy one will use the whole hand to cut off and destroy the sons of Yishmael and the sons of Aram, as it says, Your hand will lift against Your foes and all Your enemies will be cut off (Michah 5:9).

According to this medrash, the redemptions of the past are not unconnected phenomena but a united sequence of events leading to Creation’s final goal.

THE SUPERIORITY OF SINAI

When humankind was nearing destruction, whenall flesh had corrupted its way on the land (Bereishis 6:12) and it was necessary to sift good from evil to achieve the Creation’s purpose, Hashem showed Noach how to build the ark with His small finger. After redeeming us from Egypt with His second finger, Hashem gave us the Torah inscribed with His third finger.

The Medrash Tehillim (68:9) finds another clear connection between these three redemptions:

In other words, Har Carmel and Har Tabor rightfully thought they were fitting for Matan Torah because both were linked with the earlier redemptions of the flood and Egypt.Why did Hashem reject them in favor of Har Hamoriah?

We can answer that each of these three mountains was linked to a special aspect of devotion to Hashem. Har Carmel is the symbol of kana’us.This where Eliyahu proved that the prophets of Baal were false and had them slaughtered. Har Tabor is where Devorah sang a song of praise after Yisroel conquered Siserah. However, to guarantee the eternity of Torah, something more was needed than kana’us and power.

Although the kana’us of Eliyohu and the power of Barak are useful on occasion to protect the Jewish people and the Torah, such deeds cannot guarantee its constant, ongoing preservation. The Torah was given on Har Hamoriah where Avrohom and Yitzchok directed the elements of kana’us and power not against others but against themselves. Avrohom conquered the love and mercy he had for his son, while Yitzchok stretched out his neck to be willing a sacrifice to Hashem. This made Har Hamoriah the ideal place for Matan Torah and Hashem transplanted part of it to Sinai for that purpose.

Due to their vital roles in our history, the Medrash Tehillim (36:6) says that all three mountains will unite in the days of the Moshiach: “Said Rabbi Pinchos in the name of Rabi Reuven. In the ultimate future, the Holy One will bring Sinai, Tabor, and Carmel and place Yerushalayim upon their tops, as it says, ‘The mountain of Hashem will be established on the top of the mountains’(Yeshayahu 2:2).”

THE REDEMPTION OF TORAH

The medrash cited earlier says that Hashem showed Moshe the moon with His fourth finger, indicating exactly when to sanctify the new month. This direct imparting of information symbolized the Oral Torah. Just as the written Torah of Sinai was a redemption of mankind, so too, the Oral Torah was an even greater redeeming power.

Examine the vast difference between the exile to Bavel and the exiles that came later. When the Jews returned to Eretz Yisroel after being in Bavel for only seventy years, the posuk tells us, The people of Yisroel, the kohanim, and the leviyim have not separated themselves from the people of the lands, doing according to their abominations…For they have taken of their daughters for themselves and for their sons, and the holy seed has mingled with the people of the lands (Ezra 9:1-2).

But once the Oral Torah reached its greatest glory in the times of the Tannaim,it helped the Jews survive the most arduous situations until this day. Because of this, the Gemara (Gittin 60b) says: “The Holy One did not make a covenant with Yisroel except because of the oral words [of the Torah], as it says, For in accordance with these words I made a covenant with you and with Yisroel (Shemos 34:27).

With His fifth finger Hashem showed the half shekel that symbolizes the building of the Mishkan and the Beis Hamikdosh that housed the Divine Presence. The physical element that united it with previous redemptions was the beri’ach hatichon,the middle bar that joined the boards of the Mishkan from end to end (Shemos 26:28). Chazal tell us that this bar was the staff of Yaakov of which it says, I passed this Yarden with my staff (Bereishis 32:10). He brought his staff to Egypt and it went with the Jews to the desert (cited by the Daas Zekeinim miBaalei HaTosfos, Shemos 25:5). This bar linked the building of the Mishkan to the Avos and to yetzias Mitzrayim.

In the future, the medrash concludes, all five redemptions will unite when Hashem uses His whole hand to cut off and destroy the sons of Yishmael and the sons of Aram, as it says,Your hand will lift against Your foes and all Your enemies will be cut off (Michah 5:9). With the principle that all the redemptions unite into one, we can understand the opinion of the chachomim cited at the beginning of the Haggadah that yetzias Mitzrayim will be remembered in the days of the Moshiach.We will continue to remember yetzias Mitzrayim even when it pales in the glory of the final geulah, because the previous redemptions are not forgotten events of the past. Each one is a finger in the redemption of all redemptions. 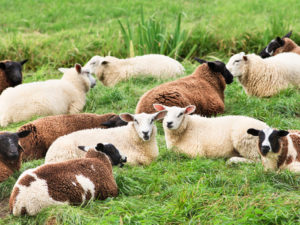 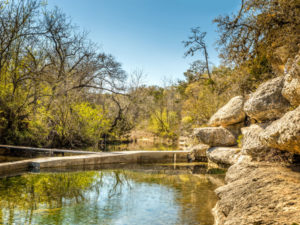 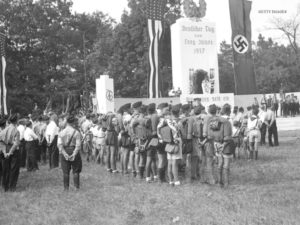 Yaakov Avinu is referred to as “The Av of Golus.” Though he wasn’t the first of the avos to be exiled, he spent much of

It can’t happen here. This wishful statement has been made about many things, amongst others the proliferation of Nazism. Yet, it actually already did, just

I’m sure you heard the story about a rabbi, an imam and a priest who all walk into a bar. The bartender looks up at 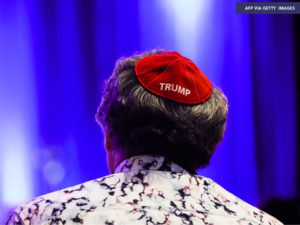 Republicans have a Donald Trump problem. The former president has once again played into the hands of the Democrats who have been trying to destroy

A Call to Rebellion? It seems as if we are on the verge of an insurrection. The Israeli left has refused to accept the results