Fighting Crime with Gavra and Cheftzah 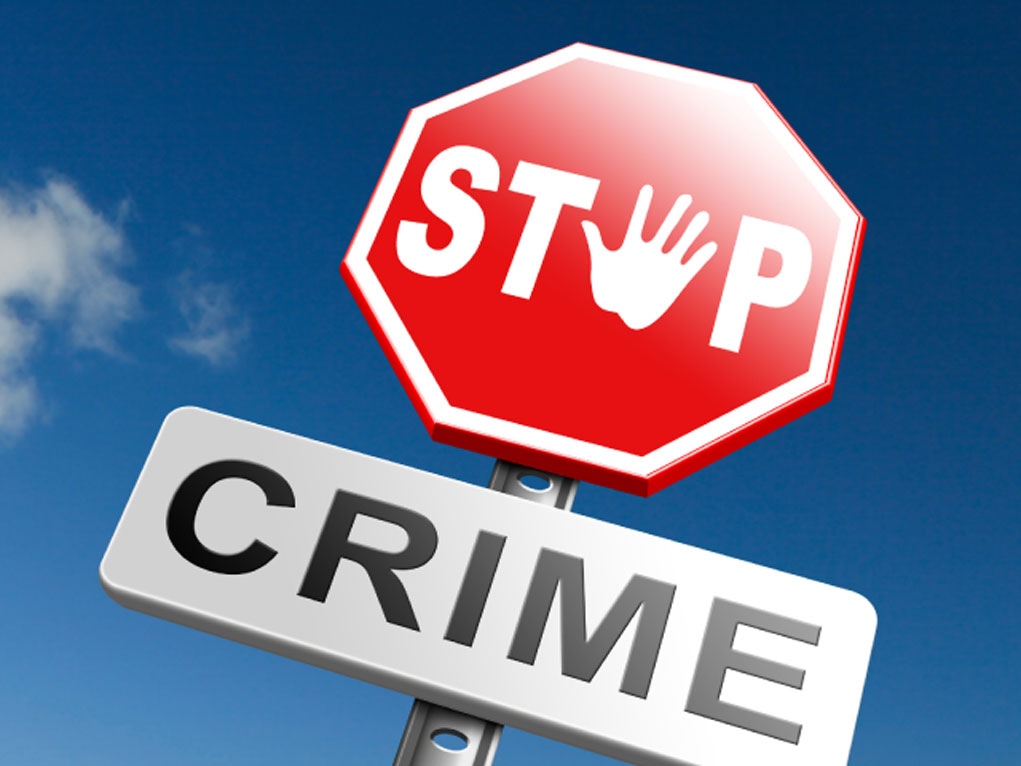 Everyone knows that crime has risen exponentially in recent years. Crimes such as shoplifting have become so prevalent that entire chain stores have been closing because their profits have been disappearing into the hands of thieves who brazenly “smash and loot” with no prosecution whatsoever. Liberal politicians and prosecutors, echoing both the Generation of the Flood and the laws of ancient Sedom and Amorah, have legislated strange laws protecting criminals and enabling those who wish to commit crimes. Cities with liberal mayors and other officials have been losing frustrated citizens by the hundreds of thousands. Once great places to live such as Chicago, New York and San Francisco are emptying out because of rampant crime.

What solutions have our leaders promulgated to solve this crime problem? The president of the United States recently visited New York, joining the new mayor, Eric Adams, to announce new crime-fighting methods. The latest panacea these experts have embraced is to discover and ban guns from our society. Each directive and initiative spoke of eradicating “gun violence.” Now one must wonder: Did any gun ever shoot someone by itself? Is the gun really the problem when people have also been maimed and murdered by knives, poison, bats and other lethal weapons? When has society decided that there is no longer such thing as a criminal or just plain old “bad guy”?

The answer would once have been considered comedy instead of tragedy. There would be sarcastic and cynical articles and cartoons depicting guns shooting people by themselves. Sane people would rebel at such silliness and the idea would be short-lived. However, sadly Liberal schools such John Jay College of Criminal Justice and others are producing attorneys general and district attorneys who have no intention of prosecuting those who are destroying society. At this writing, one of the most egregious examples of this approach is Manhattan’s new district attorney, Alvin Bragg. His now-infamous opening memo downgraded many felonies to misdemeanors and stopped seeking to imprison many criminals who committed violent crimes. Even someone shoplifting with a knife or screwdriver would not be imprisoned unless he had been caught with a gun. Aha! It’s the gun’s fault.

What does the Torah say about all this? As we have noted in this column before, our sages (Pirkei Avos 3:2) predicted long ago that without law and order, “people will swallow each other alive.” The only change that has occurred since Chazal made this prediction is, sadly, that today they are no longer just swallowing up the live. They make sure that their victim is first irrevocably and permanently dead. But even more simply, the Brisker dynasty developed a time-honored distinction between a human being (the gavra) and an object (the cheftza). A gavra has the ability to think and act; a cheftza is merely a tool of a sentient human being and therefore plays only a practical role in crime but has no culpability whatsoever. Therefore, even the most minimally intelligent person would conclude that a society that wishes to survive must legislate and enforce laws against any gavra who commits a crime with any cheftza. It is not the means that is at fault. It is the person with free will who has chosen to hurt and deprive another of his life or livelihood and possessions.

Of course, all of this should be obvious and self-evident, as the American Declaration of Independence states. However, we have fallen so low that last week, the New York Times (Sunday Review, Feb. 6, 2022, page 3) defended Mr. Bragg by asserting that “less prosecution and incarceration pays off in improvements to public safety.” This is not surprising, since the Times has been supporting this philosophy for years, helping the flight from its home city, as California, Chicago and others have witnessed in recent years.

But besides the gavra–cheftza analogy, which would do so much to save society as we know it, the Torah teaches other lessons that Mr. Bragg and his colleagues would do well to follow. One is the basic concept of human responsibility for himself and often everything around him. In fact, Rav Chaim Shmulevitz (Sichos Mussar 5731, No. 16; Moach Veleiv, page 4) asserted that “one who has no sense of responsibility demonstrates that he has no intelligence whatsoever.” This approach is the exact opposite of that of Mr. Biden, Mr. Bragg, Mr. de Blasio and most others purveyors of a liberal (cheftza) approach to crime. An even more basic Torah approach flows from the words of our sages (Sanhedrin 37a) that “every single person must declare that ‘the world was created for me.’” Unlike the liberal approach, which seems to claim that this means “everything is mine for the taking,” Rashi there explains that the mandate is “taking personal responsibility not to commit crimes that harm the world. Again, it is the person, not the gun, who is responsible.

Now, of course, our dear readers might at this point ask a classic question. This is fine for us as Jews. But what relevance does this idea have for the rest of the world?

Here we must turn to the wisdom of the Maharal. Chazal (Eruvin 100b) teach that if the Torah had not been given, we could have derived certain important traits from various animals. One of these is the lesson not steal, which we learn from the ant, which does not touch that which doesn’t belong to him. The Maharal (Nesivos Olam, Nesiv Hatznius 1) explains that “Morality and ethics (middos tovos) are not subject to human decision-making and mores. Things are either right or wrong because the Creator has embedded them in the universe by way of the creatures He has brought into being.” In other words, there is a natural order of decency and morality in the world which is required of all of mankind. These rules can be deduced from various creatures, both tiny and large, because G-d has ordained that all human beings obey these cardinal principles. Interestingly, although not part of our study today, the Gemara – as explained by the Maharal – includes in these laws the guidelines for modesty and common decency.

But even more important than all of this is the teaching of our Rishonim, which is applicable to all human beings as well. It is obvious that many of our politicians, leaders and journalists have completely abandoned the idea of good and evil in the world. Our Torah, on the other hand, teaches that as a corollary of the concept of free will and human responsibility, those who regularly make the decision to do evil are evil themselves. Not only is it not the gun or knife, but, in fact, a human being makes himself evil. The Sefer Hachinuch (Mitzvah 529) writes that “Pious and righteous people love peace and other human beings… They try not to waste even a bit of mustard seed and would not destroy anything in the world that they can preserve. Not so the wicked. They are pleased to destroy the world, which eventually destroys them as well.

The universal application of this seemingly limited Jewish approach may be seen even more clearly in an edict given by the Creator to the progenitor of all human beings: “When Hashem created the first man, He took him [on a tour] of Paradise. Showing him all the trees of Gan Eden, G-d warned him, ‘Look at how beautiful the work of My hands is. I have created all of this for you. Be careful not to destroy My world” (Koheles Rabbah 7).

I can imagine some environmentalists applying this to global warming or some other pet project. Perhaps there is some aspect of this Medrash to which it might apply. However, there can be no question that those who are destroying the long-cherished ideal of law and order are certainly transgressing what seems to be the primal directive to mankind not to bring chaos and anarchy to the universe. For Jews, the responsibility of a human being to be moral and ethical always extends to those around him. Chazal (Shabbos 54b) warn that “whoever could stop his family from committing a crime is culpable for that transgression. Whoever is influential over an entire city bears responsibility for that city. Whoever has power over the entire world will be found guilty for the sins of the entire world.” This teaching is certainly applicable to people who have accepted the mantle of leadership for a city, state or country to make sure that the streets are safe, robbers and murderers are prosecuted and punished, and law and order are restored. The very fact that some mayors – most recently Mr. Giuliani and Mr. Bloomberg – have been able to accomplish this goal makes it mandatory upon all of their future successors throughout the country and world.

Perhaps if more people took on the noble title of gavra and stopped blaming the cheftza, we could go a long way toward restoring peace and safety to our streets and society.