Faith in the Nights 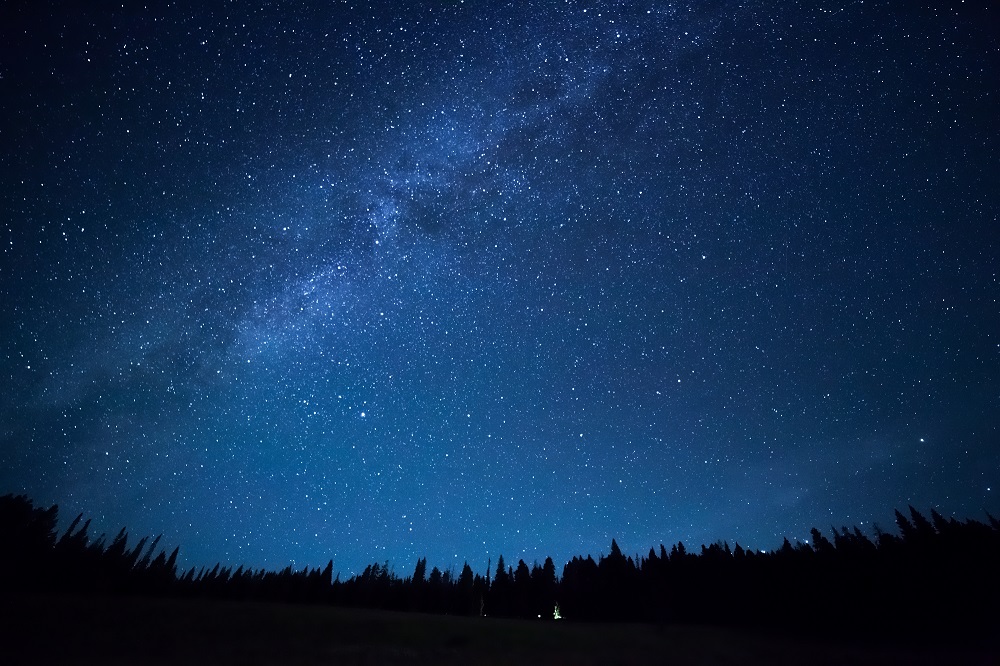 The train had just stopped to let off all of its cargo: men, women, and children. They were about to enter the purgatory known as Auschwitz that would kill most of them and bring untold pain and torture to the few who would survive. They passed through the gates of the death camp and the sign that proclaimed cynically “Arbeit Macht Frei” (Work Makes One Free). Soon, they would come face-to-face with the infamous, heartless beast, Dr. Joseph Mengele ym”sh, a dehumanized individual who, with the pointing of his finger to the right or to the left, would determine who would live and who would die.

On this transport was a group of Gerer chassidim with their families. At the time of their disembarking the train, they were not aware of the terrible fate that awaited them. Their belongings were immediately confiscated and brought to a warehouse where they were sorted out for use by the Nazis. Then they separated the men from the women and children. The men were told to remove all of their clothing to their bare skin and to line up in front of a pit. The Germans, so efficient and hygienic, wanted a germ-free concentration camp, so they commanded the inmates to go into the pit one by one and immerse themselves in a liquid disinfectant. The liquid solution burned their eyes and their skin and each one of the chassidim jumped back out of the pit in an instant. Each one of them…except for one of them.

One of these precious Yidden descended into the pit and remained there for a while. His friends above called out to him, “Get out! Get out quickly! What are you waiting for?” But he took his time, ignoring the discomfort, and seemingly enjoying it down there. When he finally came up, his friends asked him, “What were you doing down there for so long? Didn’t you feel your skin burning?”

The holy Yid answered, “I was thinking to myself that I arrived here in this camp with my family and my belongings. They took my belongings, but I still had my family. Then they separated me from my family, but I still had my clothing. Then they took away my clothing, and now I am down to my bare skin and I am left with nothing. But then I thought further and I said: ‘I have nothing left? Why, of course I do! I still have the most important force in my life. I still have You, Hakadosh Boruch Hu.’ And with that I felt infused with new strength.”

A number of dreadful, torturous years passed and finally the Nazis met defeat. The Allied forces arrived to liberate the surviving inmates, who looked like living skeletons. This chossid, the sole survivor of his group, walked ever so slowly towards the front gates of the camp to his freedom. He had lost his entire family and all of his friends. Now he stopped at the main entrance and started talking to Hashem.

“Ribono Shel Olam,” he said, “these past few years have been one long Yom Kippur, filled with torture and pain. I can testify in all honesty that throughout this entire time, not a morsel of non-kosher food has crossed my lips. Throughout it all, I felt a very deep, close relationship with You. But now all of this is coming to an end. The gates of this hell are open and I’m about to leave. I will go out into the world and then what? Will I be able to maintain that same connection? I say to You, Hashem, that same tefillah that we say at the end of Yom Kippur: Pesach lonu shaar b’eis ne’ilas shaar. Open the gates for us as they are about to close. As this chapter in my life is coming to an end, please keep those gates of my dveikus to You open. And help me maintain it.”

Yes, in the darkest of hours, amidst the deepest abyss of hester ponim, this holy Jew and many others like him throughout the generations were able to hold on tight to Hakadosh Boruch Hu.

In this week’s sedrah, we learn, “Elokim spoke to Moshe and said to him, ‘I am Hashem. I appeared to Avrohom, to Yitzchok, and to Yaakov as Keil Shakai, but with My Name Hashem I did not make myself known to them’” (Shemos 6:2-3). There is a most perplexing Rashi here. On the words “I appeared…,” Rashi says, “To the avos.” The meforshim ask: What is Rashi telling us here? Everyone knows that Avrohom, Yitzchok, and Yaakov are our avos. What is Rashi’s chiddush?

Rav Shammai Zohn, rosh yeshiva of Netzach Yisroel in Sunderland, explains that Hakadosh Boruch Hu was speaking harshly to Moshe, as it says, “Elokim spoke…” This is the name that connotes middas hadin. Hashem was rebuking Moshe for complaining, “Why have You done evil to the people? Why have You sent me? From the time I came to Paroh to speak in Your name, he did evil to this people, but You did not rescue Your people” (Shemos 5:22-23). Now Hashem was telling Moshe, “I bemoan the loss of the avos. Many times I promised them great things, yet when they faced adversity and did not see the fulfillment of my promise, they never questioned Me. And you complain, ‘Why have You done evil to Your people?’”

But how can Hashem compare Moshe to the avos hakedoshim and expect the same from him? They had reached a level of merkavah leShechinah upon whom the holy Shechinah rested, while Moshe Rabbeinu was just at the initial stage of his leadership before witnessing all of the nissim and before Matan Torah. How could Hashem expect of him to be on the same level as Avrohom, Yitzchok, and Yaakov?

Rashi addresses this question by saying, “I appeared to the avos. They are your fathers, and fathers bequeath to their children the riches that they possess. Our avos were able to face hardship with total uncompromising emunah, never questioning Hashem even in the most difficult times. And this faith in Hashem was so deep, so ingrained in their character, that it became genetic. They passed on their spiritual qualities to their progeny. Hence, we all have the ability to remain connected to Hashem in the most difficult of times and not question Him.

This was why Hashem rebuked Moshe by first mentioning Avrohom, Yitzchok, and Yaakov. Since they are the avos, they passed on their qualities to their descendants. You were perfectly capable of placing this same faith in Me just as they did. Why, then, did you say, “Why have You done this evil?”

The listeners were gripped with fear. After the horrible carnage of World War II, we must still anticipate another war that will be much worse and bring much more devastation? Rav Shalom Schwadron, who was present at the time, could not contain himself and, after asking for mechillah, interjected, “Why must we hear such harsh words? To the contrary, we must daven to Hashem to protect us and prevent such a harsh calamity from befalling us.”

The mashgiach’s face was aflame as he said with passion, “The Chofetz Chaim was not talking about physical destruction. He was talking about the darkness that will befall us regarding emunah, and recognizing the ways of Hashem. The darkness that descended upon Klal Yisroel after World War I was child’s play compared to the blackness that followed World War II. And the void in emunah that will evolve in the future will overshadow that of the past. Yes, there will be hostilities and shooting, but that is not the main thing. The darkness that will prevent people from connecting with Hashem will be staggering.”

In this day and age, we can see how the words of the Chofetz Chaim ring so true. We live in a “progressive” world where believing in a Creator and adhering to His laws and way of life is considered archaic and looked at as strange. When we are exposed to secular attitudes, it inevitably has to have an effect on us. In addition, we see things that we can’t understand. Corrupt and evil people are most successful while many people who follow the straight path face hardship.

The Torah, when speaking about dark days, says, “Ve’anochi hastir astir es Ponai bayom hahu – I will surely have concealed My face on that day” (Devorim 31:18). Why does the Torah use a double lashon of hester ponim? The Vilna Gaon explains that there were times in our history when we faced hardships, but we realized that it was hester ponim and knew to reach out to Hashem through teshuvah and tefillah. However, there will come a time when Hashem will hide the fact that He is hidden from us. People will lose their spiritual senses and not realize that Hashem is hiding from us. Consequently, they won’t do anything about it. We are experiencing this darkness today, when a spirit of kochi ve’otzem yodi is prevalent. People fail to realize that they must reach out to Hashem.

But behind the hester ponim, there is light. The Baal Shem Tov points out, “Ve’anochi hastir astir – behind this double hester ponim is Anochi.” Hashem is still with us all the time. We just have to seek Him out by parting the double layers of curtain behind which He is hiding.

While we have the genes of the avos hakedoshim within us and are capable of surviving the darkness, it takes a concerted effort to remain strong and find Hashem. The Chofetz Chaim points out that right next to the posuk where Hashem says He will surely hide from us, it says, “So now write this song for yourselves and teach it to the Bnei Yisroel” (ibid. 19). This refers to learning the Torah. Through limud haTorah, we remain attached to the Word of Hashem and it lights up the darkness for us.

Secondly, if we are constantly recognizing the chassodim that Hashem does for us daily and we thank Him for it, and we continuously ask Him to provide us with our needs, He is very much a reality in our lives. These are things that the seforim say need constant chizuk, reaffirming it on a regular basis. Then we can maintain our emunah throughout the darkness and hopefully soon merit seeing the light.