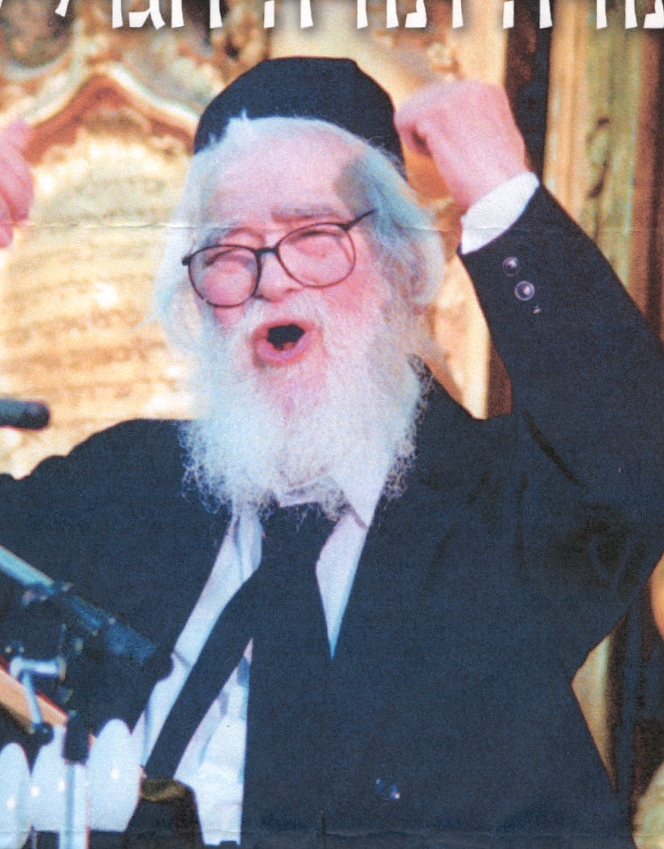 Based on a Drasha of Rav Elazar Menachem Man Shach On Yom Kippur we face an infinite challenge, for Torah is infinity, beyond the full understanding of corporeal man. AsDovid Hamelech states (Mishlei 4:6), For Hashem gives wisdom: out of his mouth comes knowledge and understanding. Torah emanates directly from Hashem's mouth. In consequence, just as He is infinite, so His Torah and His mitzvos are infinite and there is no end to their depth. The more we study a sugya, the more we realize we have only scratched its surface. If a person lives for a thousand years, he will still not perceive the limits of the Torah or fully understand even one of its precepts. Man with his limitations cannot plumb the infinite. DEEDS REFLECT ATTITUDE The Torah's infinity adds weighted responsibility to our deeds and misdeeds. Even if we say the great vidui of Rabbeinu Nissim that details hundreds of wrongdoings, even if we repeat it again, we still need to repeat it in following years. Because man is limited and his understanding is limited. If he beat on his heart yesterday and recited Ashamnu from beginning to end, today he has added to his spiritual stature and discovers new depths to Ashamnu that were hitherto invisible to him.
By the same token, we can never cease learning mussar and scrutinizing our motives and deeds. The depth of Hashem’s teachings is so limitless that the greatest person will always find room to improve and the wisest person will always discover new insights in Mesilas Yeshorim and Shaarei Teshuvah.

Rabi Yochanan ben Zakai wept before his passing (B’rochos 28b), saying, “If they were taking me before a king of flesh and blood who is here today and tomorrow in the grave I would cry. Now that they are taking me before the King of kings, the Holy One, who lives and endures for ever and ever… I should not cry?” The greater a person becomes, the greater his humility. The higher one climbs, the clearer one perceives the mighty heights above. The proud person is a fool for true wisdom would illuminate for him how much he lacks.

The Torah’s infinity demands more from a person than external deeds. Greatness is rooted in a person’s attitude. Commenting on the Mishnah (Avos 1:2), “The world stands upon three things, on Torah, on service, and on deeds of kindness,” Rabbeinu Yonah says, “Charity is with one’s money and deeds of kindness are with one’s body or one’s money. For a person is obligated to make efforts in seeking good for one’s nation and making efforts with the toil of his soul to help one’s fellow, whether poor or rich. This is one of the foremost, major principles demanded from a person as the verse says, He has told you, man, what is good; and what does Hashem require of you, but to do justice, and to love chesed” (Michah 6:8).

“Seeking good for one’s nation” and “making efforts with the toil of one’s soul for one’s fellow” means more than merely doing kind deeds. It demands sitting down and thinking what good I can do for my fellow man, investing no less mental power than a person invests in a page of Gemara. Every time I see someone I should think, “What favor can I do for him?”

If a very hungry and thirsty pauper visits my home, certainly I take him in and satisfy his needs. Isn’t that enough? What more do you want from me? Must I also go out and search for such a person? This is not enough. Tolove chesed means not only to be hospitable to someone who happens to visit my home, but to sit and think of how to help people who are nowhere within my sight or sound. To fulfill Hashem’s infinite words, finite deeds are not enough. One needs to love chesed and constantly seek its implementation.

Two people are sleeping in the same room. One wakes up and goes to daven Shacharis. Does it occur to him to tell the other person that the time of davening is almost over? Does he realize that doing this is included in what Hashem requires of you?

Rabbeinu Yonah (Sha’arei Teshuva 3:17) sharpens this concept further by pointing out that many mitzvos are actually inner ma’alos in disguise.

“Know,” he writes, “that the ma’alos ha’elyonos were given to us as a mitzvas aseh. This includes the ma’alah of free choice of which it says, And you shall choose life (Devorim 30:19), etc.” Other examples he cites include studying Torah, walking in Hashem’s ways, having bitochon, remembering and pondering Hashem’s good to us, behaving in holiness, and serving, fearing, loving, and cleaving to Hashem.

In these cases, concepts that the Torah denotes as mitzvos are ma’alos in the inner essence of a person. The mitzvah of Torah study is not merely to learn Torah, but to achieve the ma’alah of Torah, to do all one’s actions and overcome one’s base desires according to the wisdom of Torah.

Rabbeinu Yonah writes further: “Man was created for these ma’alos as the verse says, All is called by My name and for My glory I created it, formed it, even made it (Yeshayohu 43:7). What is the hope of a created being if he does not concentrate the toil of his soul and his main occupation in the things for which he was created?”

The destiny of Yom Kippur and our lives depends on our inner essence. Rabbeinu Yonah (Shaarei Teshuva 3:15) writes: “We find that the people of S’dom were evil to Hashem with many corrupt deeds such as theft and robbery, perversion of judgment and immorality. Yet the verse says that they were destroyed because of the sin of ceasing to give charity as it says, Behold, this was the sin of S’dom your sister, mighty, sated with bread, etc., but the hand of the poor and the pauper she did not support”(Yechezkel 16:49).

Ostensibly, we would have expected Hashem to punish S’dom because of its many severe sins. Yet the verse tells us otherwise. The major sin of S’dom was lack of support for the poor. What is the reason for this inverted state of affairs?

Hashem examines not only a person’s deeds but the inner locus from where they emanate. This is crucial. Although theft and murder were evil deeds, S’dom’s failure to give charity revealed the lack of a crucial inner virtue that led to its terrible crimes. Their corrupt behavior was a symptom of internal decay.

The same principle applies to Torah and mitzvos. Chazal say (Makkos 23b), “The Holy One wanted to purify (lezakos) Yisroel; there He gave them much Torah and mitzvos.” The purpose of the Torah’s precepts is not only to keep us from theft and robbery, but to forge a person who does not have the midah (quality) of theft and robbery, to eradicate from us the midah of the poor and the pauper she did not support.

Certainly, the prohibition of theft is paramount. Chazal (Sanhedrin 8a) say that the judgment of a perutah is no less important than the judgment of a hundred coins. Even taking someone’s words from him without payment is forbidden, for Chazal (B’rochos 6b) say: If someone greeted his fellow and he did not return his greeting, he is called a robber. Nonetheless, refraining from evil deeds is not enough. So long as a person remains a thief in his midos and inner essence, he is still a gazlan and falls under the category of the poor and the pauper she did not support.

Chazal (Yerushalmi Chagiga 1:7, Pesichta Eicha Rabbah 2) say regarding the destruction of Yerushalayim and the Bais Hamokdosh that Hashem overlooked idolatry, immorality, and murder, but did not overlook bitul Torah. Certainly, Hashem never overlooks any transgression. Chazal are emphasizing that Hashem primarily scrutinizes the root of people’s sins. In this case it was bitul Torah. Proper Torah study would have led Jews to avoid the serious sins of idolatry and the like. The problem was that the people were empty inside.

The same explanation applies to Chazal’s statement (Bava Metzia 30b) that Yerushalayim was destroyed because people made judgments according to the strict rulings of the Torah and did not go beyond the letter of the law. The work of Yom Kippur is not only to examine our deeds, but to examine the root of our deeds.

Just as mizvos build the individual, so they build the whole world. Every person is responsible for maintaining the entire world as Chazal (Kiddushin 40b) say, “If a person did one mitzvah, he moved himself and the whole world to the scale of merit.”

Chazal (cited by the Alshich)comment on the verse, And they shall make me a Mikdosh and I will dwell within them (Shemos 25:8), that the verse does not say within it [the Mikdosh], but within them. By developing our inner essence we build a Bais Hamokdosh within ourselves. In a similar vein Rabbi Elazar says, “Every person who has da’as, it is as if the Bais Hamokdosh was built in his days.” Indeed, da’as, knowledge that leads to perfection,is the encapsulation of all we have said. Da’as, the interface of man with Hashem’s infinity is what we work for the whole year and the apex of our strivings on Yom Kippur.