Face Your Old Age With a Smile, Not With an App 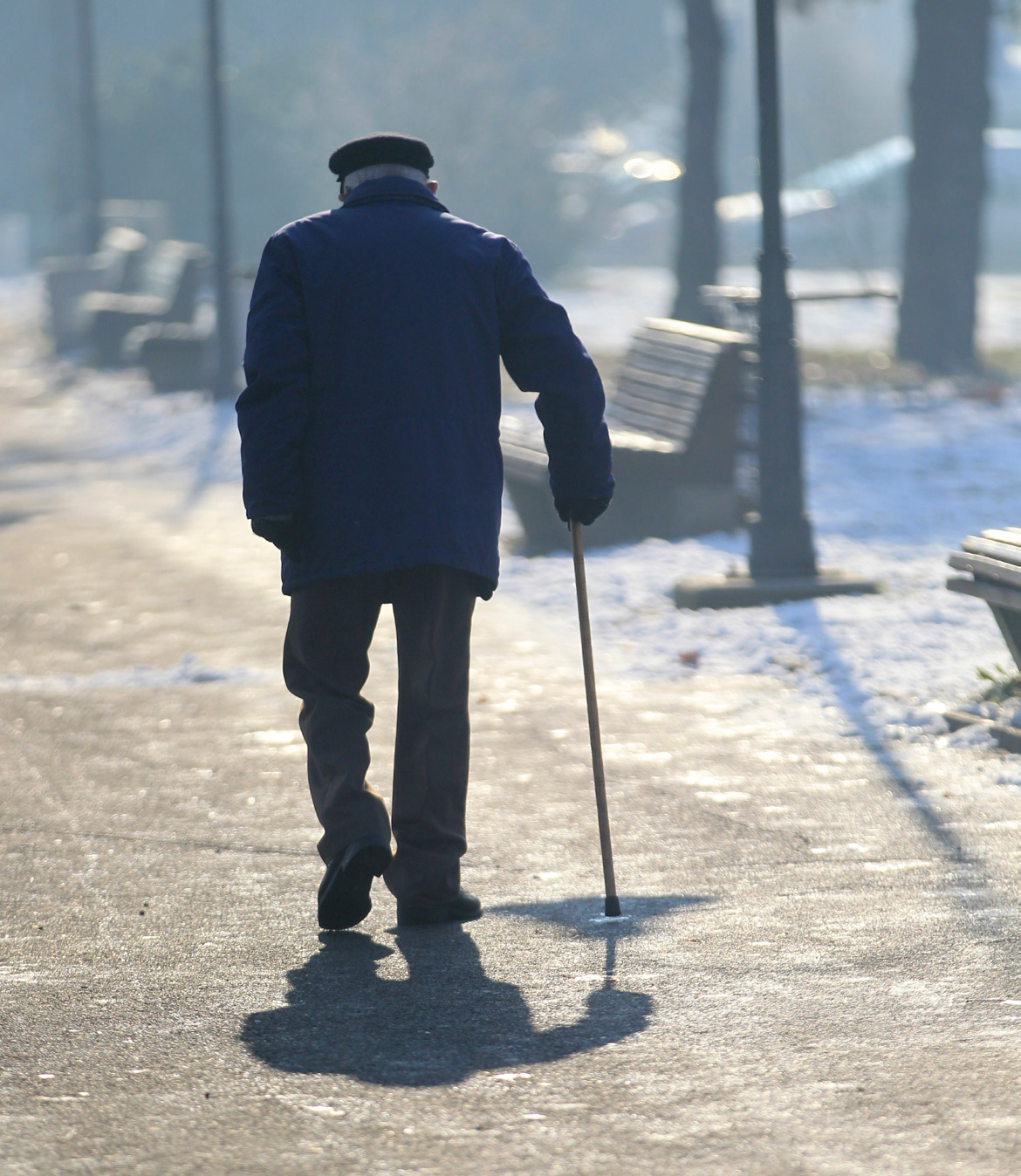 I would like to take this opportunity, as is my custom, to comment on a related aspect of the passing scene from what I believe is a Torah perspective. Last week, the New York Times Sunday Review (July 21, 2019) reported, as I had already heard from a number of people, that “more than a hundred million people have downloaded FaceApp (despite concerns that it was created by Russian developers looking to harvest user data).” The purpose of this innovation is to use “artificial intelligence to ‘age’ a user’s photo and offer a disorienting glimpse into decades from now.” The author, an expert on aging and dementia, uses the App for her own purposes, but even for those of us who don’t have this technology, if over a hundred million people have tried this virtual transformation, we should certainly see what the Torah says about this fascination.

First of all, if these one hundred million were merely curious, there might be nothing to worry about. But since some of them are clearly our own brethren, let’s examine what else might be behind this experiment. Can it be that some people are afraid of eventually reaching old age? Perhaps they want to try to forestall the inevitable and at least mitigate its effects. Will there be a sudden rise in plastic surgery, nips, tucks and other superficial remedies for the most ancient of enemies, the apparent ravages of age? Whatever the answers, we surely have a different attitude toward growing older.

The Satmar Rebbe zt”l, in his vast wisdom but also sharp humor, once quipped sharply to a man worrying about aging. The gentleman complained that he was about to turn 60, which our sages (Avos 5:21) identify as “old.” He expressed the worry that his body was about to deteriorate, his teeth would fall out, and he would become decrepit overnight. The rebbe smiled sweetly and declared soothingly, “You turned 40 when the same Mishnah says that you should become wise. Nothing happened then and there is no reason to believe that something drastic will happen now.”

Perhaps the rebbe was gently alerting the worrying soon-to-be senior that he needed to appreciate the gifts that Hashem gives us all as we age.

When the late Rabbi Avrohom Ravitz introduced Rav Elazar Menachem Man Shach at the Degel Hatorah inaugural event in Binyanei Ha’umah, he noted the rosh yeshiva’s advanced age. “If elders tell you to destroy,” he quoted from the Gemara (Megillah 31b) “and the young tell you to build, destroy and do not build, for the destruction of the elders is building and the building of the young is destruction.” In depicting the nonagenarian Rav Shach’s plan to found a new political party, Rabbi Ravitz was eloquently demonstrating that zekeinim function at a different level than the young or even middle-aged.

Rav Eliyahu Eliezer Dessler once described the elders of his generation, the Chofetz Chaim, Rav Chaim Ozer Grodzensky and others as beyond our comprehension in their sagacity, level of achrayus to Klal Yisroel and sanctity. In more recent times, anyone who even briefly observed Rav Yosef Shalom Elyashiv, Rav Michel Yehudah Lefkowitz and Rav Aharon Leib Shteinman, all whom led Klal Yisroel well into their late nineties, would testify to the amazingly enhanced stature of our elders.

Why, indeed, do we revere our elders to such an extent?

The Maharal (Ohr Chodosh, s.v. “vayehi omein”) explains that “as the physical powers wane, the spiritual ones emerge in their full glory.” In the constant struggle between the corporeal and physical forces, the elders who have become somewhat freed of their earthly shackles, despite occasional troubles with physical sight and sounds, have perception and spiritual vision far clearer than those much younger and function on a significantly higher level.

The Malbim (Devorim 30:19) adds that Hashem embedded in the minds of elders the idea of self-perfection so that they can end their lives in repentance and achieve the tranquility so elusive in earlier stages of life.”

The Sefas Emes (Chayei Sarah 5637), too, teaches that “zikneh is the power that Jewish souls have received from earlier generations that places them in a dimension above this world.”

Indeed, when the Torah states that we must rise for the aged (Vayikra 19:32), the Gemara (Kiddushin 32b) inquires whether this means chronological age. One answer is that the word zakein – an elder – means one who has acquired wisdom. But the prevailing answer (Yoreh Deah 244:7) is that one must rise for anyone who has reached a certain age (presumably 70, that of seivah). The poskim (ibid.) rule that one must even give a certain amount of respect to a gentile elder because he must have experienced some miracles in his lifetime.

Interestingly, the Torah (Mishlei 22:6) famously teaches that we should “Train the youth according to his way; even when he grows old, he will not swerve from it.” Rav Simcha Zissel, the Alter of Kelm (Chochmah Umussar 1:190) asks: Soes it make sense for Shlomo Hamelech to advocate that the old be satisfied with whatever they learned in their youth? He therefore reinterprets the posuk to mean that if he has been educated properly in his youth, “he will continue to grow and advance throughout his long life.”

Rav Chaim Ozer Grodzensky used to say of the Chofetz Chaim that “even though he is already quite old, every time I meet him he is not the same person I knew last time. He is always growing ever greater.” This statement was made when the Chofetz Chaim was in his eighties and nineties.

Finally I remember vividly when I was a rov in Cleveland, paying a visit to Menorah Park, a home for the aged. The rabbi of the home, Rabbi David Bader, called out loudly, “I’d like to show you something special.” Intrigued, I followed him to the door, which he pried open silently just a crack. “You see that man?” he asked, beaming as if he were holding a new grandchild. “Sure, he’s an old Yid sitting at a Gemara,” I responded. “Why is that so special? There are numerous religious seniors here.” Rabbi Bader burst out in a broad grin. “Let me tell you his story. He was brought in one day by his children and did not emerge from his room for several days. Finally, I went up to his room, where he was looking a bit bored, but he greeted me with a smile. ‘Mr. Brown,’ I said, ‘welcome to Menorah Park. I see that you are quite mobile. Why haven’t you come to any of our services?’ He responded, ‘Rabbi, I didn’t think you would want me in your synagogue. You see, I’m a Reform Jew and this is an Orthodox home. I was never religious, but a strange thing happened and my children became involved in something called the Telshe Yeshiva and became Orthodox. Now that I need such a facility, they insisted I must be someplace kosher, but, you see, I don’t know how to pray at all.’

“Of course, I convinced him that he would be very welcome in the shul and I would help him use the transliterated prayer book. He finally and reluctantly came down to Mincha-Maariv. At the end of davening, he approached me with a strange question. ‘What was that, rabbi?’ I responded with my own question. ‘What was what?’ Finally, when we figured out what the subject was, he explained that he had no idea what a devar Torah was. ‘Why do you ask?’ I inquired. He answered that he had never heard anything like it. ‘Could you do it again?’ We soon went from Chumash to Mishnah, to Gemara, to chavrusos from Telshe, until now he is close to finishing Shas. Now imagine if when he came at age 85, I had told someone that ‘now he is an am ha’aretz, but don’t you worry, in ten years he will have finished Shas.’ What would you have said? However, Hashem never gives up on anyone, especially a zakein who wants to learn Torah.”

We don’t need an app to let us see what we’re going to look like in twenty or thirty years. In fact, it is counterproductive. We are not what we look like or are going to look like. We are who we are going to be. Will we keep growing like the Chofetz Chaim or stagnate like the man who expressed his worry about growing physically older to the Satmar Rebbe without being exhilarated about the Maharal’s description of the heavenly gifts he was now eligible to receive?

Like most aspects of the Smartphone obsession, the FaceApp is overrated and at the very least irrelevant. Our goal should be to grow into the kind of elders who can be entrusted to answer the questions the Torah directs young people to ask of us (Devorim 32:7) without regard for how our very ephemeral body looks at any given time. Old age is the time to triumph over the body, not to obsess over its imperfections. No app can ever reveal the inner beauty Hashem has given us all, encased in what is merely a temporary frame for the true artistry of our neshamos.