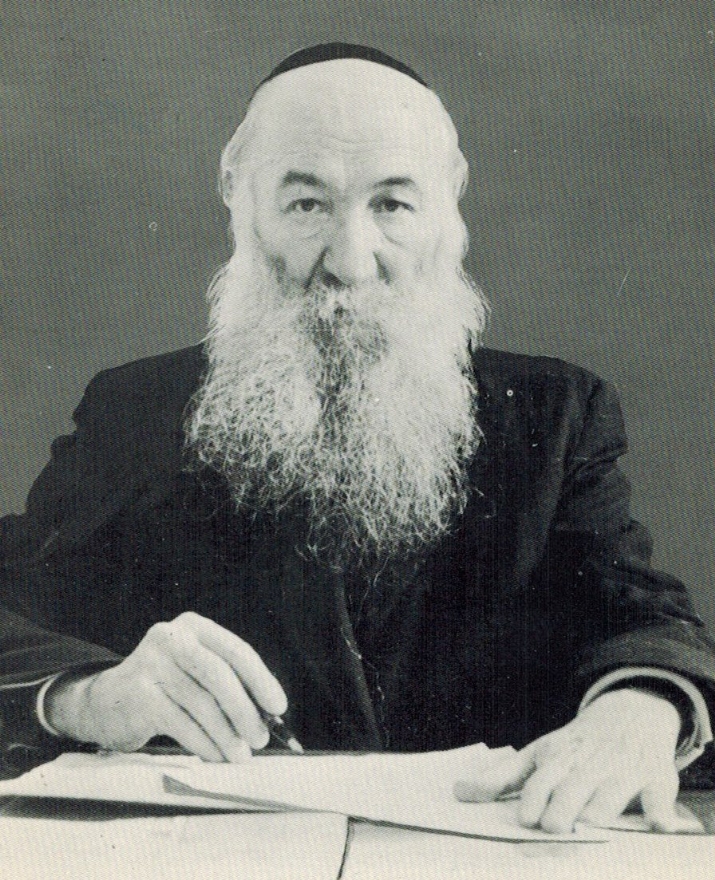 The greatness of shimush, serving one’s teacher, cannot be overemphasized. The Gemara tells us that shimush is greater than even learning Torah. “Washing the hands” of a rebbi is so very precious.

What about a rebbi who requires help in the bathhouse? Is this permitted? On the one hand, it is normally forbidden for a student to see his rebbi in any situation that could degrade his rebbi’s honor, like in the bathhouse. On the other hand, serving his rebbi is important for the student’s development. A secondary problem is whether it is permitted for the rebbi to receive such assistance if his talmid is a shoneh halachos. Isn’t the rebbi making inappropriate use of a talmid chochom?

When this question was presented to the Mahari Bruno, he permitted such shimush.           “A student may certainly serve his rebbi in the bathhouse. This is clear from several explicit statements in the Gemara. For example, in Eruvin 91, Rebbi recounts how the talmidim would bring oil and a towel to their teacher on Shabbos.

“It is obvious that a teacher may accept assistance from a student who is a shoneh halachos from Rav Yochanan’s statement in Bava Metzia 41. There he proclaims: ‘Whoever explains this, I will carry his garments to the bathhouse for him!’” (Shu”t Mahari Bruno, #75).

Eruvin 92: The Path to Piety

The Bais Aharon of Karlin explained that the difference between being religious and being truly pious lies in one’s attitude.

“The average person’s attitude is quite the opposite of that of the pious individual. In his worldview, what is permitted is certainly allowed and he does it with no qualms whatsoever, as often as he likes. He has a different view of what is forbidden as well: ‘Maybe I can find a heter…’”

There are many pathways to piety, but many wonder how to become a genuinely pious individual. The Bais Yisroel of Gur addresses this question: “In Eruvin 92 we find: ‘Rebbi lo shonah,Chiya minayin? If Rebbi didn’t teach this, how could Reb Chiya have known it?’ This is a deep lesson here on how one truly becomes a pious individual who has vitality from his avodah. ‘Rebbi lo shonah’ – if one has not spent a year with his rebbi, ‘chiya minayin’ – how can he possibly have chiyus, vitality, in his avodah?” (Mateh Aharon, Parshas Naso 5761, p. 4; Pe’er Yisroel, Part I, p. 28).

“After the yeshiva moved from Geulah to Givat Mordechai, I began to learn Maseches Eruvin bechavrusah with the rosh yeshiva. Our session would finish at midnight every day. At that time, there were no telephones in the house, although the yeshiva had one. The roads were also unpaved dirt paths, which were somewhat difficult to traverse.

“One night, we were learning a sugya in Perek Kol Gagos when a question came up that contradicted our understanding of the sugya. We finished learning at twelve as usual and I went home to try to sleep.

“At 1:30, my telephone rang. It was the rosh yeshiva. ‘You can sleep easily now. I have found a way to answer the question.’

“I couldn’t believe it. The elderly rosh yeshiva had made his way along the difficult dirt paths to the yeshiva so late merely to call and set my mind at ease about our learning!

“‘I was sure you wouldn’t really be sleeping,’ he said. ‘With such a difficult question on the sugya, how can one sleep? But now that you know there is an answer, you will be able to rest easy. I don’t want to take time from your rest to tell you my approach. You will hear it tomorrow at our regular time.’” (Nesich Mamlachos HaTorah, p. 344).

Eruvin 94: The Honor Due to the Mara D’asra

The Maharik learns an interesting halachah from a story told by Chazal. “In Eruvin 94, we find that Rava would not explicitly rule against Shmuel in Naharda’a, where Shmuel was rov. We can learn several important halachos from this, including one regarding the bracha made under the chupah. If the chosson and the kallah choose a visiting rov to preside, the rov of the town cannot protest. But if it is customary to pay the rov for presiding over a chupah, the guest may not replace the town rov, since he will lose money due to this. If the visiting rov agrees for the money to go to the town rov, he can preside.”

The Noda B’Yehudah adds: “Today it is customary to give the honor to the town rov. It is therefore forbidden for a visiting rov to preside over a chupah even if they give the money to the town rov.”

Rav Yitzchok Zilberstein recounted a fascinating story regarding this Noda B’Yehudah. “Once, Rav Dunner zt”l was in Antwerp to attend his grandchild’s wedding. When Rav Chaim Kreiswirth zt”l, the famed rov of Antwerp, asked him to officiate as mesader kiddushin, he refused, based on the aforementioned Noda B’Yehudah. ‘As mara d’asra, it is your privilege to officiate.’

“Dayan Abramsky zt”l didn’t miss a beat. He immediately walked over to the microphone and announced, ‘I hereby appoint Rav Dunner as the rov of Antwerp for the next fifteen minutes so that he can be mesader kiddushin!’”

A similar story occurred when Rav Shlomo Zalman Auerbach zt”l attended the wedding of his talmid, a grandson of Rav Matzur Ben-Shimon. When Rav Shlomo Zalman refused to be mesader kiddushin, pointing out that since Rav Ben-Shimon was such a well respected rov it was only fitting that the chosson’s grandfather receive this honor, Rav Ben-Shimon also had a ready answer. He told the person announcing the honors to say the following: ‘The grandfather, Rav Matzur Ben-Shimon, has been afforded the honor to officiate at this chupah. He has requested that Rav Shlomo Zalman Auerbach officiate in his stead’” (Ramo and Pischei Teshuvah,Even Ha’ezer #245; Chashukei Chemed, Eiruvin, p. 639-640).

Eruvin 95: “Between Your Eyes”

Rav Yaakov Meir Schechter recounted that he heard the following amazing explanation from Rav Zalman Sorotzkin zt”l: “Although we believe the halachah leMoshe miSinai with complete faith and do not require explanations, it is possible to explain this based on the physical reality. A certain child complained that he sometimes had trouble seeing. Although he was tested several times, the only thing his optometrists could say was that his vision is normal. Eventually, he was taken to a specialist, who ordered a test on his brain, which is the source of the power of sight. They found a growth there, Rachmana litzlan, which impeded his sight.

“We learn that, in truth, it is the brain that sees, so we put the tefillin between the eyes, but also where the brain is located” (Osef Amarim, Elul, p. 109).

The Ksav Sofer explains the reason for a well-known halachah: “The Ramban and other Rishonim explain that we put on tefillin to show that all our actions and thoughts are only for Hashem. The tefillin shel yad correspond to the heart, while the tefillin shel rosh correspond to the mind. One wraps tefillin on his hand to teach that even when he is occupied with mundane acts, his inner intention is bilti laHashem levado – for Hashem alone. The same is true regarding the thoughts of his mind: Even when he thinks of mundane matters, his real purpose is to use his thoughts for avodas Hashem and Torah.

“In light of this, we can understand why one does not wear tefillin on Shabbos and Yom Tov, as we find in Eruvin 96. Shabbos itself is an ois, a sign, and so we do not require tefillin on Shabbos. Since tefillin allude to the underlying holiness of every Jewish man’s actions – that he doesn’t wish to indulge in this world, but merely to do what he has to in order to serve Hashem as best he can – it is clear why we don’t need tefillin on Shabbos. Shabbos itself is bilti laHashem levado. It is forbidden to do creative labor on Shabbos, and so there is no need for hand tefillin. One’s only goal on Shabbos is to sanctify his every action and thought. Even one’s food and drink become holy on Shabbos; it is a mitzvah to eat and drink. Since the very character of Shabbos is to sanctify one’s actions and thoughts, he doesn’t require tefillin to allude to this.”

Rav Tzadok Hakohein of Lublin explained similarly: “On Shabbos, one is able to accept the yoke of Heaven by the character of the day itself. He therefore does not require tefillin to remind him to take up the yoke of Heaven” (Drashos Ksav Sofer, Shabbos Hagadol; Pri Tzaddik, Rosh Hashanah).

In a certain town, there was a bodek who would check tefillin and mezuzos. He was extremely knowledgeable and everyone would give their tefillin to him when they needed to be looked over.

Once, a stranger visited the town and claimed to be a person who was expert at checking tefillin. Although his host had already brought his tefillin shel rosh to the town expert to be checked, he gave the visitor his tefillin shel yad to check. The visitor pronounced them kosher.

It was then brought to the host’s attention that the newcomer had not presented any proof that he was really an expert in checking tefillin and that one could not rely on his bedikah. The man obviously decided to give the tefillin shel rosh to the resident expert, but he did not want to embarrass the visitor. How could he bring the tefillin to the expert in their very small town without shaming the guest? He wondered if the easiest way to avoid this was permitted. “If I give him just a tefillin shel yad to check, the visitor will suspect that it is the one he checked no matter what I tell him. But if I bring in a set of tefillin to be checked, he will assume that it is another set and not take offense.”

When he asked the Ben Ish Chai if this was permitted, he forbade it: “This is surely a disgrace to the tefillin themselves. It is clear from Tosafos in Eruvin 97 that unnecessarily causing the tefillin to endure someone pulling them apart to examine the parshiyos disgraces them. This is surely forbidden merely to avoid causing a possibly unqualified person embarrassment. Hashem should help you find a way to avoid shaming this Jew that does not violate the halachah!” (Shu”t Torah Lishmah,#15).