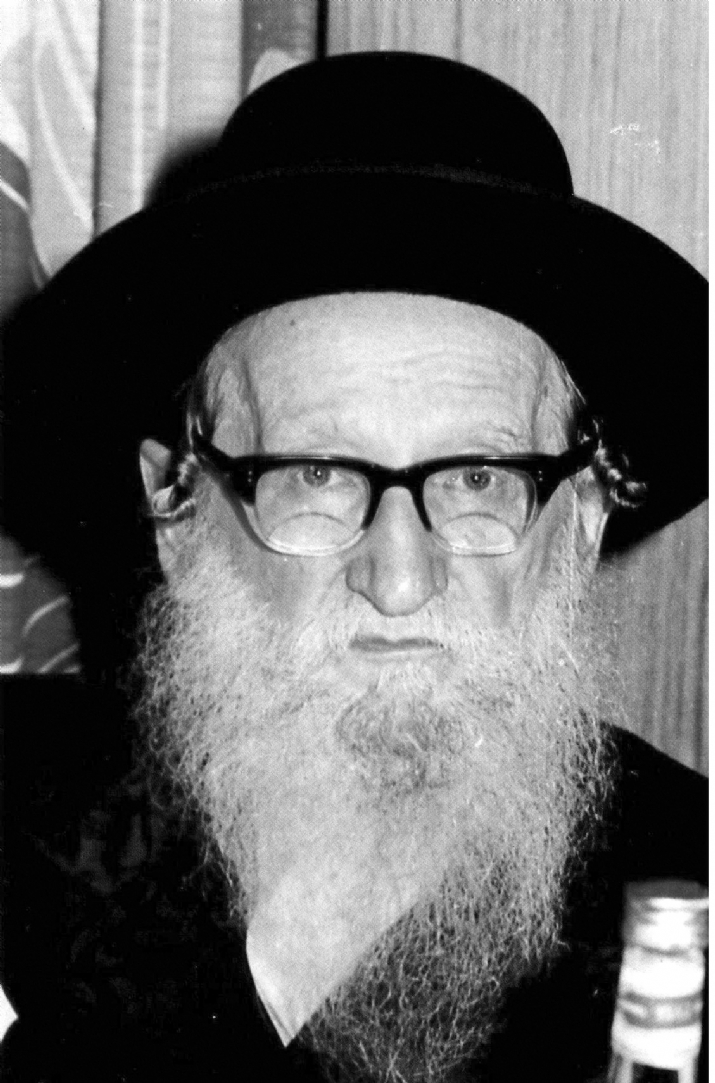 Eruvin 56: A Side-Dish to Chochmah?

Giving a shiur that attempts to impart the vast breadth of Shas in a clear manner is a great challenge. One maggid shiur gave a Gemara shiur five days a week. He had started at Maseches Brachos and was working his way through Shas.

When the shiur got up to the complex sugyos that discuss astronomical calculations, he wondered if they should learn it at all. After all, wouldn’t it be better to focus on other things? He even found a Kessef Mishnah that appears to agree with his thesis. On the Mishnah in Avos which states that tekufos – astrological speculation – and gematriyos are parpara’os lechochmah, the Kessef Mishnah comments: “Even though tekufos and gematriyos are very meulim (advantageous), they are not the main thing. They are like parpara’os, a side-dish, to chochmah.” He reasoned that it was preferable to skip this and continue to learn the rest of Shas.

When this point was mentioned to Rav Yitzchok Zilberstein, he rejected the maggid shiur’s view altogether. “Rav Yosef Shalom Elyashiv explained that anything that appears in the Rambam’s Hilchos Kiddush Hachodesh is actual Torah, not parpara’os lechochmah. Therefore, one should certainly refrain from skipping these sugyos.

“Also, Rav Chaim Kanievsky said that one should not skip while learning Gemara. In his words: ‘Even if one feels as though he does not understand, he does perceive somewhat. One should therefore not skip any of the words of Chazal” (Chashukei Chemed, Eruvin, p. 431-432).

The Ketzos asked him what he did when he wrote. Rav Yaakov answered, “I learn the sugya and write whatever seems novel and important.”

“And the next day?” asked the Ketzos.

“I continue from wherever I was holding the day before.”

“I have a different seder,” the Ketzos said. “The first day I write what appears to me to be correct. The first thing I do the next day is reread what I wrote and erase whatever I feel is incorrect or can be expressed in a better way.”

Despite his humility, he also understood the contribution that his epic work made to the proper understanding of Shulchan Aruch Choshen Mishpat, no less than the Ketzos Hachoshen.

One talmid chochom asked him why he wrote so directly and to the point, without the pilpul so common in his day. “If it was really good, wouldn’t it be much longer?”

The Nesivos good-naturedly explained: “In Eruvin 57 we find that if the side of a square is one, the diagonal is one and two-fifths. We see that when something is straightforward – if you aren’t ‘going around the corners’ – it can be expressed quicker. Since my pilpul is bederech hayoshor, it is relatively short!” (Otzar Sichos Tzaddikim, p. 183).

Staying within the techum is essential for those who like to walk in the woods on Shabbos. Someone was once walking with some children in the forest around his town when he realized that they were certainly approaching the techum Shabbos. He wondered aloud about its exact measure and one of the children claimed to know. Could he rely on the testimony of a child?

When this question was presented to the Rashba, he replied that a child is not believed in this case. “Although on Eruvin 58 we find that even though one who is not fit to give testimony is believed regarding the techum, a minor is not to be relied upon. After all, measuring the techum is a very complex endeavor, especially when one is confronted by a mountain, valley or some other complex terrain. One needs to be an expert in the many halachos regarding such situations for us to be sure that his measurements are correct. Perhaps the child or someone else who was not an expert measured the techum inaccurately. A minor lacks the sophistication to discern the difference between a proper and improper measuring.”

The Levush explains why, when a child has grown up, he is believed about the techum going back to when he was a child: “Now that he is an adult he has the capacity to understand whether the techum was measured correctly when he was a child” (Toras Habayis, Shaar 1; Levush, Orach Chaim, 398:11).

Eruvin 59: The Ladder that Reaches the Heavens

The importance of acting responsibly with money cannot be overemphasized. In the words of the Alter of Kelm, “The Torah does not want one to treat his money as though it’s hefker. Overspending unnecessarily is often a result of a lack of bitachon. In Beitzah 16, we find that Hashem sets exactly how much a person will earn each year on Rosh Hashonah. Rashi writes there, ‘Therefore, a person should limit money spent on food.’

“We see that if one acts as though his money is hefker, he is revealing a mistaken hashkafah. This is like a statement that he believes that he earns his money, that Hashem does not determine what he will earn and what he will lose.

Rav Avrohom Yehudah Werthheimer explains the pivotal place of money in avodas Hashem: It is the ladder to either ascend to greatness or fall to spiritual depths. “I once heard an explanation of the verse that describes Yaakov’s dream of a ladder which rests on the ground but reaches the heavens. The word for ladder, sulam, has the same gematria as mamon, money. Although money ‘rests on the ground’ and is certainly material, it ascends to the heavens. One who uses it properly can do great things. He can purchase a mehudardike esrog or a beautiful tallis and help those who require assistance.

“We can explain a similar concept regarding a statement in Eruvin 59. There we find that a ladder can act as a mechitzah or as a pesach, doorway. If we apply the teaching that a ladder alludes to money, this statement teaches an important lesson: Much like a ladder, money either helps one ascend spiritually or causes him to fall. It is either a mechitzah, if used irresponsibly to wantonly fulfill one’s material desires, or it is a doorway. If used properly for one’s true needs and for mitzvos, it is the way to Hashem through which tzaddikim enter” (Chochmah Umussar, Part I, p. 333; B’midbar Yehudah, part I, p.120).

Eruvin 60: Tempering the Negative Within

The Klausenberger Rebbe offered a deep explanation of the mystical significance of questions and answers while learning Gemara: “According to the Arizal, every shakla vetarya of Gemara learned breaks harsh judgments. Every kushya represents dinnim and the answer alludes to sweetening the din. Although this concept is Kabbalistic, it is also easily understandable al pi p’nimiyus. Every person has mochin, a deep feeling of vitality that comes from appreciating Hashem in everything. Every question in Gemara alludes to a lack of mochin – one does not understand. He is completely absorbed by the question, thereby nullifying himself and losing vitality. He is restored to life with the answer. Through being absorbed by the question, understanding it and then answering it, one breaks the bad within. This is the meaning of the Gemara in Eruvin 60: ‘Gemorta gemor, zemorta tehei?’ Literally, this means that one should not relate to Gemara like a song, which he may sing without truly comprehending the words. We can explain this in keeping with the Arizal’s teaching, however. ‘Gemorta gemor,’ through learning Gemara, zemorta tehei.’ We can explain this in the context of another meaning of zemer: pruning. Through learning Gemara, we cut away the klippos” (Shefa Chaim, Parshas Vayeira).

Bad neighbors can be very difficult to endure. In the words of the Tashbatz, “In Pirkei Avos we find that one should distance himself from a bad neighbor. It is well known that when one sets about to rent an apartment, his first concern should be the neighbors. He must investigate what they are like to ensure that he will not learn from them. As we find in the Mishnah in Eruvin 61, one must rent the space from a non-Jewish neighbor if he wishes to make an eruv. This man cannot merely give permission like a Jew. This decree was to ensure that people would not learn from his bad deeds, as Rashi explains there from the Gemara on Eruvin 62.

“The machlokes of Doson and Aviram was due to their being neighbors with the tribe of Korach. The three neighboring tribes next to Levi (and therefore Moshe and Aharon) – Yehudah, Yissochor and Zevulun – were bnei Torah. On Shabbos 63 we find that one should not live in the neighborhood of an ignoramus. He should draw as close to a talmid chochom as he can. The ignoramus will cause him to waste time that could have been used for learning Torah. The chochom will rebuke him for wasting time in a manner that he will be able to receive so that he can improve his diligence. On Nedorim 20 we find that one should not be close to an ignoramus, since he will feed one tevolim.” (Magein Avos, I:7).

A man was part of a firm that required his services in many cities in America. He had to stay in various hotels for different periods, but he didn’t mind too much. Although he was often unable to spend much time learning, he was very careful to always learn Daf Yomi, trying to attend a shiur if possible.

Once, while learning at a local shiur during his business travels, he was struck by a powerful question. “You know I live in hotels, sometimes for longer than a month. Do I need to make an eruv chatzeiros?”

The maggid shiur answered right away: “The laws of eruvin are very complex and one little change in detail often makes a big difference. The Minchas Yitzchok has a long teshuvah about staying in a hotel.

“For most people, it would appear that this is not a problem. Since the owner has a legal right to force guests to switch rooms if necessary, this is like staying at the owner’s house, which requires no eruv. The guest is only considered like one who rents his own apartment if he cannot be forced to take another room. So it depends on whether, when you checked in, the contract included what they call an ‘innkeeper’s agreement.’ If so, he can make you move.

“If you did, there are many different factors that determine whether you must make an eruv and if you would need to make a bracha. It depends on how long you stay, whether the owner is Torah observant, and if the owner has some rights in the room. These are all important factors in determining the halacha here, as the Minchas Yitzchok makes clear” (Minchas Yitzchok, IV:55).