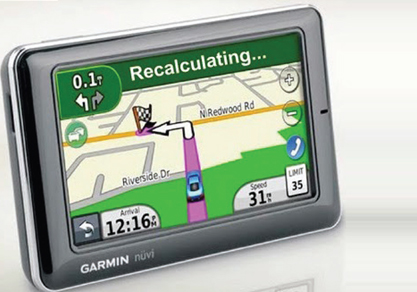 Sitting in my wallet is a folded up envelope that I found in the pocket of an old jacket of mine. It is empty, it is yellowing with age, but I hold on to it anyway. For it isn’t just any old envelope. On it is my name written in my father’s beautiful handwriting. It is one of numerous envelopes he handed me over the years with cash inside them. Sometimes, this was a point of contention between us, as I claimed that I didn’t need the money, while my father insisted that I take it anyway. He always won the argument. Now that he is gone, I cherish this envelope more than ever, for it is a reminder of his great love and caring for me.

Recently, this memento reminded me of something else. Parents’ love for their children is a microcosm of Hashem’s boundless love for us. If we just pause to contemplate the briah, we can find many loving envelopes that Hashem hands us on a daily basis. Many of the things we take for granted are precious chassodim bestowed upon us by our Father in heaven. One of those envelopes representing Hashem’s immense love for us is called chodesh Elul.

This holy month is alluded to in the words “Ani Ledodi Vedodi Li” (Shir Hashirim 6:3), expressing the love between us and Hakadosh Boruch Hu. This envelope contains a special message to us from Hashem: Throughout the year, you have strayed, loosening your strong connection with Me. I miss you… Please return and reconnect with Me.

Unlike the envelope containing my father’s deposits, here Hashem hands us an envelope for us to make deposits – deposits that pay vast dividends. Every improvement we make in our avodah, every step closer that we take towards Hashem, brings upon us immeasurable blessings from Above.

One of the remozim for Elul is found in the parshah of one who kills beshogeig. “Va’asher lo tzadah veha’Elokim inah leyado vesamti lecha makom asher yanus shamah – But for one who has not lain in ambush and Hashem had caused it to come to his hand, I shall provide you a place to which he shall flee” (Shemos 21:13). The roshei teivos of “inah leyado vesamti lecha” spells Elul. What is the connection between the arei miklat, the cities of refuge, and Elul?

There are those who suggest that Elul is a time of refuge for us, much like the arei miklat were for the rotzeiach. As we approach the yemei hadin, we are afraid of the mekatregim, our deeds throughout the year that might not present us in a good light on the Day of Judgment. We want a good year and to disassociate ourselves from our actions that we feel will pursue us. For this, we have the arei miklat of Elul as a place of refuge. If we utilize this time properly to rectify our deeds, it will protect us from any prosecution. But there is another message here paramount to having a successful Elul.

Tanna Devei Eliyahu says that the forty-eight cities designated for the Leviyim and arei miklat corresponds to the forty-eight nevi’im who prophesized for Klal Yisroel throughout the generations. What is the significance of this number? The Ohr Gedalyahu explains that forty-eight is the gematria of moach, mind. The nevi’im represented the intellectuality of our people and were the nation’s spiritual guides. The Torah is also acquired in forty-eight ways, for those derachim develop the mind to its maximum potential, so that it is fit to accept the Torah.

One who killed unknowingly acted without proper thought. Had he been more careful and mindful, a precious life wouldn’t have been lost. For this reason, he escapes to one of the forty-eight cities of refuge to isolate himself from his regular routine. Here he is to spend time contemplating the ramifications of his thoughtlessness and resolve that in the future, he will be more attentive to his actions. Because the Leviyim, the teachers of Torah to Klal Yisroel, live there, there is an abundance of kedushas haTorah in the city, which helps him greatly in his becoming a more cerebral person.

This is what Elul is. It is a time for refuge and contemplation. Throughout the year, we are so busy, pressured and rushed that we don’t put thought into who we are and what we are striving for. Nor do we place much thought into our actions. During Elul, we must pause, slow down, and take inventory of our deeds. As that hideous voice on your GPS says, “Recalculating.” Perhaps we are headed in the wrong direction. It is a time to be pensive, to think of the horizons that we can conquer, and to plan how to go about doing it.

And it is a time to infuse our actions with thought. Who can say that his kavanah during tefillah throughout the year is what it should be? At least during this period, we should be more meticulous about kavanah. And what about concentrating during learning sedorim? This is a time to strengthen our limud haTorah as well. What about the pillar that holds up the world, gemillus chassodim? Are we thoughtful enough about the needs of our brethren? This, too, needs much consideration at this time.

It is not uncommon to hear people expressing their angst during this period of the year. Not because they are afraid of the upcoming yemei hadin, but to the contrary. They don’t feel the kedushah and the magnitude of these days. They hear how Rav Yisroel Salanter’s face literally changed from the moment Rosh Chodesh Elul was bentched. They hear how when Rav Itzele Peterburger got up in shul and declared before an open aron kodesh, “Ribono Shel Olam, we are here to be mekabel on ourselves chodesh Elul,” the whole tzibbur began sobbing and a number of people fainted. They hear the old Yiddish saying that during Elul, even the fish in the water tremble. And yet they themselves don’t feel a thing. It is a very troubling feeling of non-feeling.

A friend of mine was looking forward to making his first trip to Eretz Yisroel and was worried. He was so excited to visit the mekomos hakedoshim, but some friends had told him that when they came to these places, they didn’t feel a thing. He was fearful that he would be standing at our greatest landmark, the Kosel Hamaarovi, without any inner emotion. So he decided to do something about it. He spent hours preparing for that great moment. He learned Medrashim that speak of the makom haMikdosh with all its history and details, and when he finally arrived in Eretz Yisroel, he was prepared. The feelings were not an issue, as the moment he approached the Kosel, his heart was a fountain of emotion and tears rolled down his cheeks.

It is the same with Elul. One cannot expect to feel the enormity of these times without preparation. We must stop and invest time and energy to learn the proper seforim that will get us into the Elul mode. The kedushah and elevation of this period will not affect us without us being proactive to catch the spirit of these days.

Some commentaries translate “ulevakeir beheichalo” to mean not visiting, but contemplating in His sanctuary.

The Ponovezher Rov explained this posuk based on something that he had experienced.

The Rov once visited the Oxford Library for the purpose of looking up some old manuscripts of Rishonim. The protocol was that one must fill out an application requesting the desired material and a librarian would bring the manuscripts to a waiting room, where the visitor was allowed twenty minutes to examine the writings. Waiting in the room together with the Rov was a Jewish scholar from Sydney, Australia. They got into a friendly conversation, with the Rov inquiring about some of his close friends who lived in Sydney. It was a very enjoyable exchange and it would have continued longer, but the moment the librarian entered and presented them with the requested manuscripts, the conversation came to an abrupt end, for they only had a short twenty minutes to peruse the aged writings and to comb them for their gems of wisdom. There was no time to waste on chatting. Every second was precious and had to be utilized to its fullest.

This is what Dovid Hamelech meant, said the Rov. Although he asked Hashem to allow him to sit in His house all the days of his life, he resolved that he would utilize the time as if he were only making a short visit there, maximizing every moment.

This should be the attitude of every yeshiva bochur sitting before his Gemara. Although he hopes to spend his entire life in the bais medrash, he must learn with a sense of urgency, as if he only has a limited amount of time.

This is certainly true of chodesh Elul and the Aseres Yemei Teshuvah, which pass very quickly. Every minute, every second, is precious. Every moment of exertion that we invest in introspection pays dividends beyond what we can imagine. Utilizing this great opportunity will surely elevate our spiritual level and bring us blessings for a kesivah vachasimah tovah.