Of Elections, Presidents and the Hearts of Kings 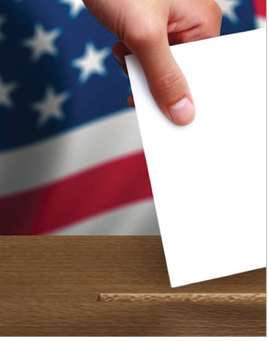 Much of America is still in a state of chaos. As of this writing, angry anti-Trump crowds are marching, sometimes violently, in a number of American cities. Democrats are engaging in recriminations and blame passing – Comey, Assange, misogyny – and others are even engaged in a limited sort of teshuvah.

An example of the latter is Frank Bruni’s whimsical confession on behalf of “we geniuses in the news media” that “you might want to think twice about our…Super Bowl predictions” (The New York Times, Sunday, November 13, 2016).

Yet, few, even in our circles, have simply said that this was the will of Hashem. At the very least, we should.

When Mrs. Clinton ran in 2008, there was a sense that it was “her turn.” If I was attempting, at the time, to render a p’sak on this contention, I might have suggested that indeed she was an ani hamehapech bacharara and Mr. Obama was being masig gevul, meaning once again that it was really her turn. Yet, the unknown young man from Chicago seemed to ride on a wave of excitement to elect the first African-American president and the rest was history. We accepted that as teva. But now, when it has happened again, and Mrs. Clinton was defeated by a man with no political or governmental experience, with more negatives than most previous presidents combined, we, maaminim bnei maaminim, must sit up and say clearly, “Zeh Keili,” and, “Yad Hashem.”

I do not presume to know why, but I think it is clear what happened. Hashem did not want Hillary Clinton to be the president. I leave the rest to people smarter than myself. However, the phenomenon itself deserves a bit of analysis.

The Brisker Rov zt”l used to tell a story (see Ohel Moshe, Bereishis, page 799) about Napoleon, who was visiting the vicinity of Vilna. A banquet was held in the French emperor’s honor and one speaker after another arose in his praise. However, Napoleon was not content and ordered his hosts to bring in any local rabbi. An elderly rov was dutifully ushered in and the despot commanded him to say something in his honor. The rov replied that he had nothing to say. Napoleon shrewdly suggested that he simply repeat whatever sermon he had just delivered to his congregation, to which the rov replied that he was prepared to oblige.

It was just after Parshas Vayeishev, and apparently the rov reviewed his drasha. The Torah relates the well-known story at the end of the parsha, where the incarcerated Yosef predicts that the royal cupbearer will be restored to his post and beseeches him, “Ki im zechartani – If only you would think of me with yourselfand mention me to Paroh” (40:14). The rov explained to the powerful sovereign that Yosef was letting the chamberlain know that the entire incident with the two who had incurred Paroh’s wrath and now the cupbearer being pardoned had only happened so that Yosef would be freed. The rov concluded by telling Napoleon that all of his victories were because of Klal Yisroel, and he should therefore do everything in his power to free and spare them from further suffering.

I do not know if I would have had the courage to give this drasha to a gentile despot or even if that was the right shtickel Torah to say to Napoleon. What I do know is that the Brisker Rov certainly held that we need to know that hakol bishvil Yisroel, as I mentioned in these pages two weeks ago. This teaching of Chazal now takes on even greater importance because of the recent events.

One of the great poskim of the previous generation, Dayan Yisroel Yaakov Fisher (Even Yisroel, Drasha LeParshas Zachor, page 170), writes that most people in the world are not anti-Semitic. Hashem occasionally forces a king (or another national leader) to punish or harass Klal Yisroel if we require discipline or chastisement. On the other hand, Amaleik, as he proves from Chazal (Pesikta to end of Ki Seitzei), consists of individuals who all independently hate Klal Yisroel. Rav Fisher cites the famous posuk (Mishlei 21:1) that “Like streams of water, lev melech b’yad Hashem – the heart of a king is in the hands of Hashem. Wherever He wishes, so He directs it.” Many meforshim (Ibn Ezra, Rabbeinu Yonah, Ralbag, Alshich, Malbim) teach that this means that kings have no free will. Thus, although during elections we are obligated to do our hishtadlus – due diligence and effort – trying to elect the best leader, once they are in office, they are merely tools of the Divine.

The obvious question then arises. As one of the candidates famously asked, “What difference does it make?”

According to at least one commentator, Esther was actually punished for not understanding this. When she davened (Tehillim 22:2) just before perilously entering Achashveirosh’s chamber uninvited, she referred to the king as a dog. She then changed the appellation to a lion. The Avnei Zikaron (Megillah 15b) explains that Esther thought that Achashveirosh was evil as a dog that has the free will to do harm on his own. However, Hashem alerted her to the fact that since he is indeed a king, he has no free will at all and is merely doing the will of the Almighty. She then applied the term “lion” to him, since the lion is the king of beasts, now appreciating the fact that all of the events of the Megillah were driven directly by Hashem.

We might defend Esther’s premise by remembering that Achashveirosh had seized the throne, and she considered that the lev melech rule might not apply to him. This has great relevance to our elected presidents and other officials (see Bava Basra 91 regarding all officials who have any power at all over the populace) who are elected democratically. It actually does not matter how they got there. If they seized office as did Achashveirosh, unscrupulously manipulated the vote, or simply won the electoral but not popular vote, anyone with the title president, like a king, is now fully in the hands of the Creator, having been put there because Hashem wants him there at this particular time.

We note that this Torah attitude is reflected in halacha as well. We know that we are told to make a bracha upon gentile kings, which most poskim (see Minchas Elazar 5:7; Be’er Moshe 2:9; Yechaveh Daas 4:16) apply to American presidents as well. What if one of them is clearly a rasha, a wicked person? Do we still make the blessing?

A number of poskim (Lev Chaim 1:54, Avnei Yoshfei, Orach Chaim 47) rule that we even make a bracha upon a rasha, because the Gemara (Brachos 58a) teaches that we should endeavor to see and bless a secular king so that when we, G-d willing, witness the great glory of Moshiach, the king, we will be able to grasp the incredible gulf between them and we will better appreciate the magnificent kavod of Moshiach. It therefore does not matter if the leader we are blessing today is a saint or a sinner. Our focus is already on the radiant future.

We are now in a position to answer what difference it makes who gets elected if each king and leader is simply in the hands of Hashem. The Imrei Binah (Re’eh, page 132) cites a posuk (Iyov 34:30) which states, “Mimeloch adam choneif – He removes the hypocrite from kingship, that the people not become ensnared,” which seems to imply that it matters tremendously if the king himself is a good person. He explains that if Klal Yisroel is acting properly and Hashem is pleased with us, it indeed makes no difference who is king or president, for then Hashem causes the king to act favorably toward us. However, if, G-d forbid, we have not been as good as we should be, although we are not wicked enough to deserve serious retribution, it becomes up to the natural inclinations of the king or another leader. For this reason, which seems to be a fairly common situation, we must try to elect people who even b’derech hateva are sympathetic toward Klal Yisroel. That is why we must also thank Hashem when He appears to go out of His way to protect us from those whom He deems will be harmful to us when we are beinonim, just average people, neither terrible nor as perfect as we should be.

However, when, we were at our best, as in the case of the Mirrer Yeshiva escaping from the Nazis to Japan, Hashem completely reversed the entrenched anti-Semitic nature of all the Russian officials. Rav Yechezkel Levenstein zt”l, legendary mashgiach of Mir and Ponovezh, wrote that “the greatest incomprehensible wonder was that the Russians allowed us to travel as we pleased, totally against their laws and normal tendencies. They treated us like tourists and, instead of sending us to Siberia, were so kind to us that they themselves could not understand what had come over them. It was clear that the posuk of “the heart of the king is in the hands of Hashem” was operative for us” (haskamah to Rabbi Elchonon Hertzman’s memoirs about the escape to Japan, Hazericha B’paasei Kedem, page 18).

It obviously matters very much whether we merit this tremendous neis of having evil turned to goodness just for our benefit. May we indeed be good enough to merit lev melech b’yad Hashem, in the best possible way, while we also pray that our new president recognize on his own that his own success is inexorably bound with his kindness to the people of Israel.